Volleyball team steps out of league play to sweep Marist

While powerful kills from strong hitters catch a lot of attention on the volleyball court, it’s the setter that is most often considered to be the main contributor to the offense. Those big hits don’t happen unless the setter has just the right touch.

In addition to filling that key need on the attack, setters are also the primary communicator on the floor.

“I love that role … you kind of have control of the court,” she said after Philomath’s three set sweep Thursday night over visiting Marist Catholic. “It’s the same with catcher, you have that huge leadership role and you get to run your court, it’s amazing, it’s a good feeling.”

The Warriors (3-2) will now finally get to compete in a tournament with a trip on Saturday over to Sisters.

“We’re figuring out what our lineup is going to be and we’re ready to go to Sisters and work a lot of the little things out on Saturday,” PHS coach Denee Newton said. “I’ve been itching for a tournament for a while.”

Philomath will compete in the same pool as Valley Catholic, one of the stronger Class 4A teams that the Warriors defeated at the Sisters tournament two seasons ago in the semifinals.

Philomath’s win over Marist Catholic was the second straight for the Warriors after the road loss at Sweet Home last week.

“Cascade was a huge start off and Sweet Home was kind of our one game to get all of the jitters out and I think we did,” Larson said. “That’s why we’re competing so well and I think that we’re really going to go up from here and we do have a potential shot at league.”

Against the Spartans, Philomath easily controlled the first two sets. The Warriors led 4-0 early with two of those points coming on Abigail Brown aces. Marist recovered and stayed close, pulling to within 10-9 at one point. That’s when the Warriors went on a 5-1 run with Sage Kramer and Ashlynn Barron recording hits, Ahnika Tryon and Barron coming up with a block and Taylor Roe nailing an ace serve just inside the right sideline.

Philomath ended the first set on a 7-1 run. During that stretch, Marist had some unforced error issues but two points came on Kramer hits.

In the second set, Philomath scored nine straight points early for an 11-2 lead. Kramer had a kill on the third point and Clara Stanley followed with an ace on the fourth. After a series of Marist miscues, Stanley got another ace on the ninth point with a strong ball that hit the net, but fell over for the point. Kramer then had back-to-back kills.

The Spartans regrouped a bit and got to within four points of the lead but Philomath stole back the momentum with a 5-0 run to lead 16-7. The Warriors got a sideout when a Kramer hit forced Marist’s defense to hit the ball into the gymnasium rafters. Larson then served for five points, one of those being an ace. Another point came on a Brown hit.

Philomath had a safe lead the rest of the way although Marist did get back to within five in the late going. The final point came on a Kramer kill.

The Warriors got into a funk in the third set, however, and trailed 10-5 to start out.

“Volleyball is really like a whole mental game, you really have to be into it mentally,” Larson said. “I think we fell off a little bit but we gathered together and we just needed to trust each other.”

Later, still down 12-9, Philomath went on a 11-point run to pretty much put the match away. Tryon got a kill for sideout to put Larson at the service line and she responded with four aces during that stretch. Barron and Mackenzie Hiner also had kills.

The match later ended on a Stanley hit.

Newton said the team needs to learn how to transfer that ability to come back when getting into holes against tougher opponents. It all comes down to mindfulness.

“So they know, ‘ok, we’re down’ but they weren’t worried about it,” Newton said. “Nobody thought that this was going to go in a different direction than it did. So just getting them to that place where they feel that way in every match.”

Philomath plays the Sisters Tournament on Saturday and then gets back into league play on Tuesday with another trip to Sisters.

Conference Standings
(As of Sept. 16) 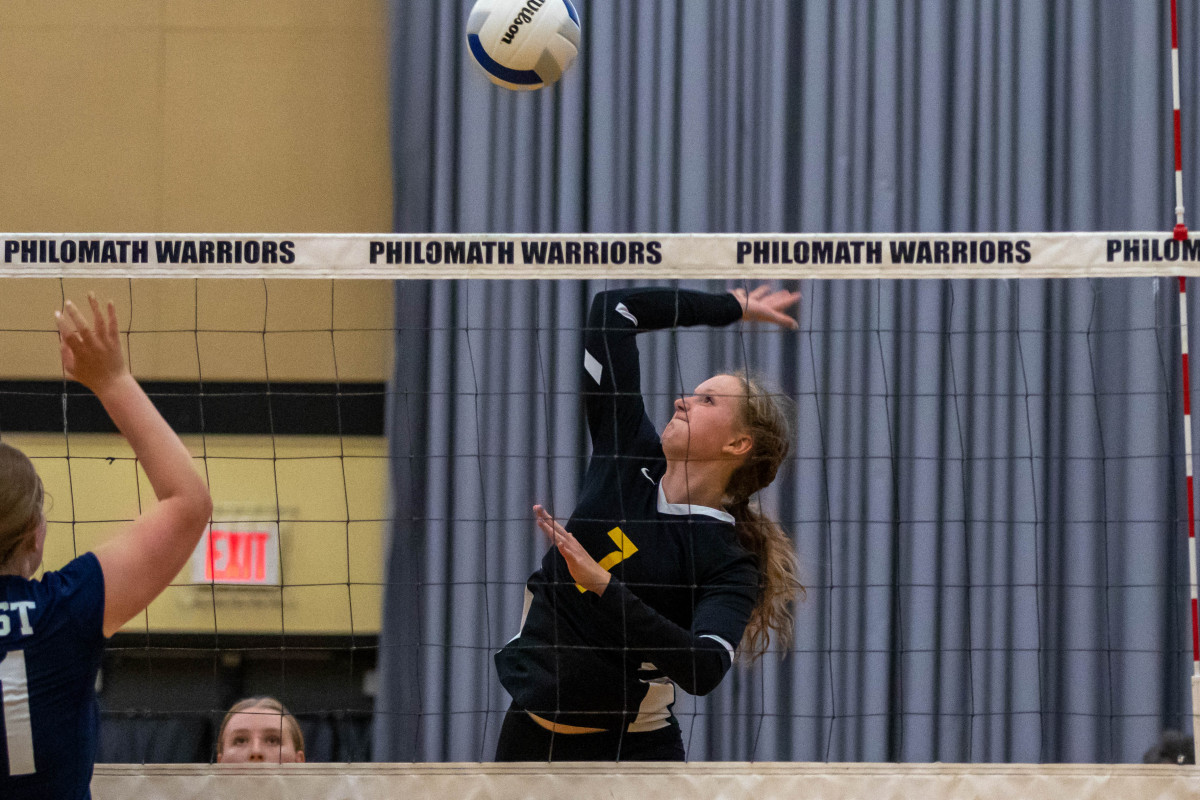 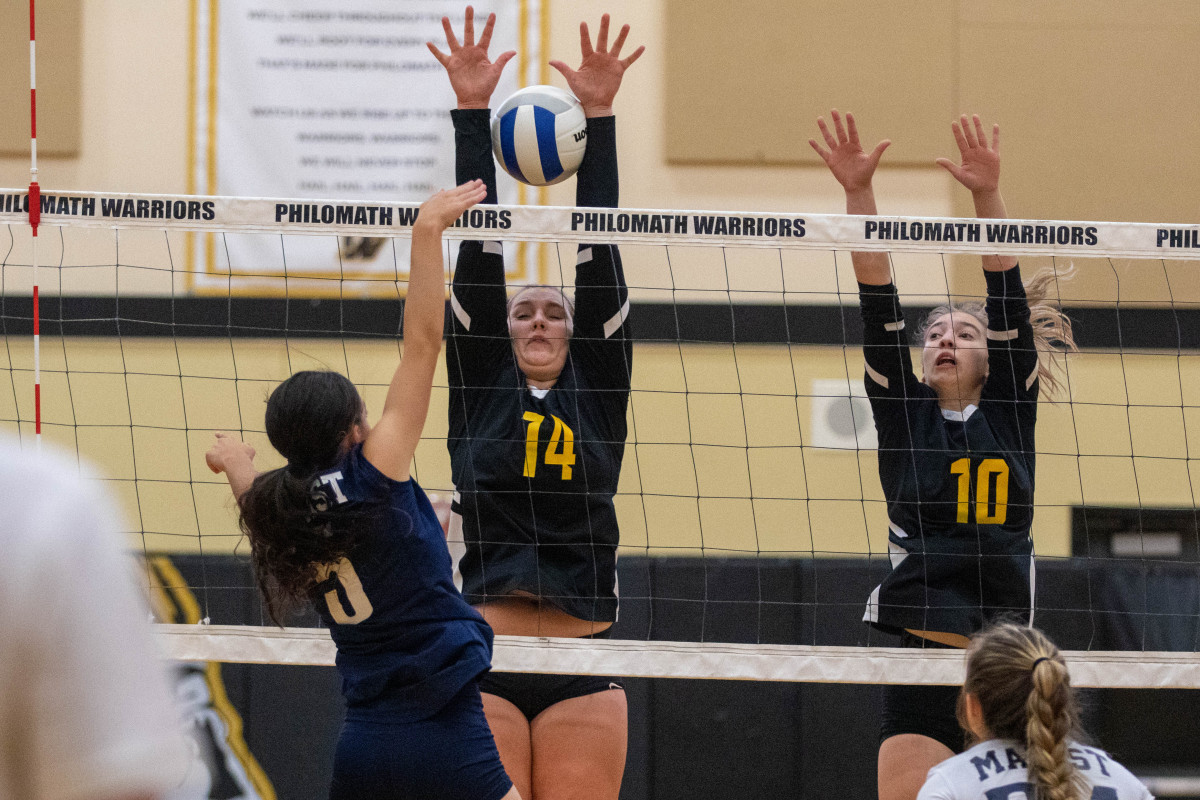 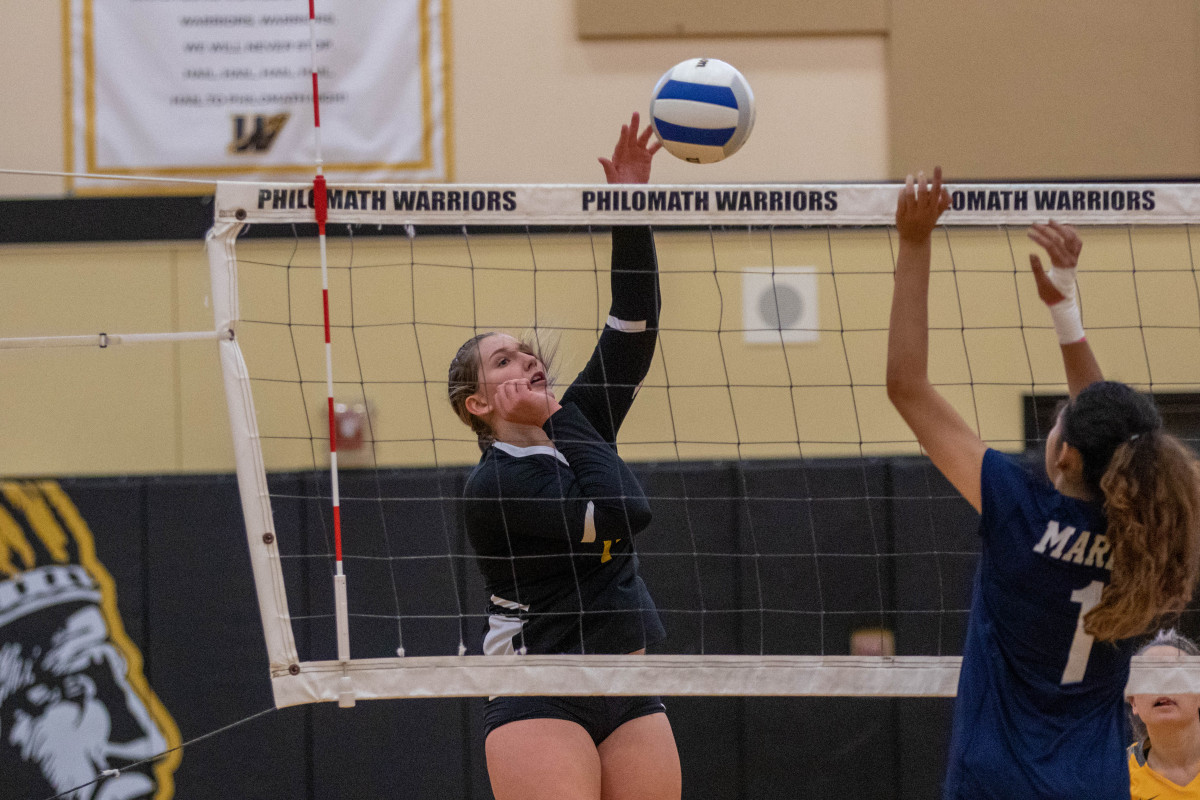 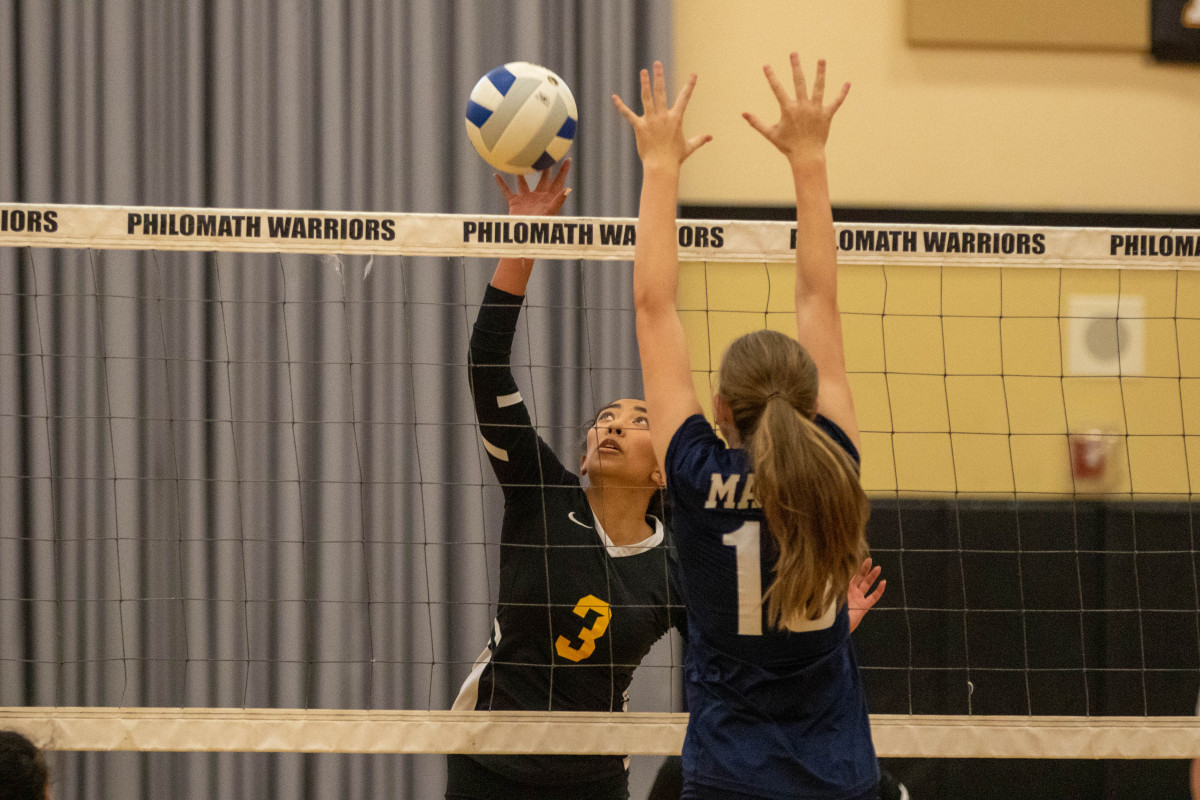 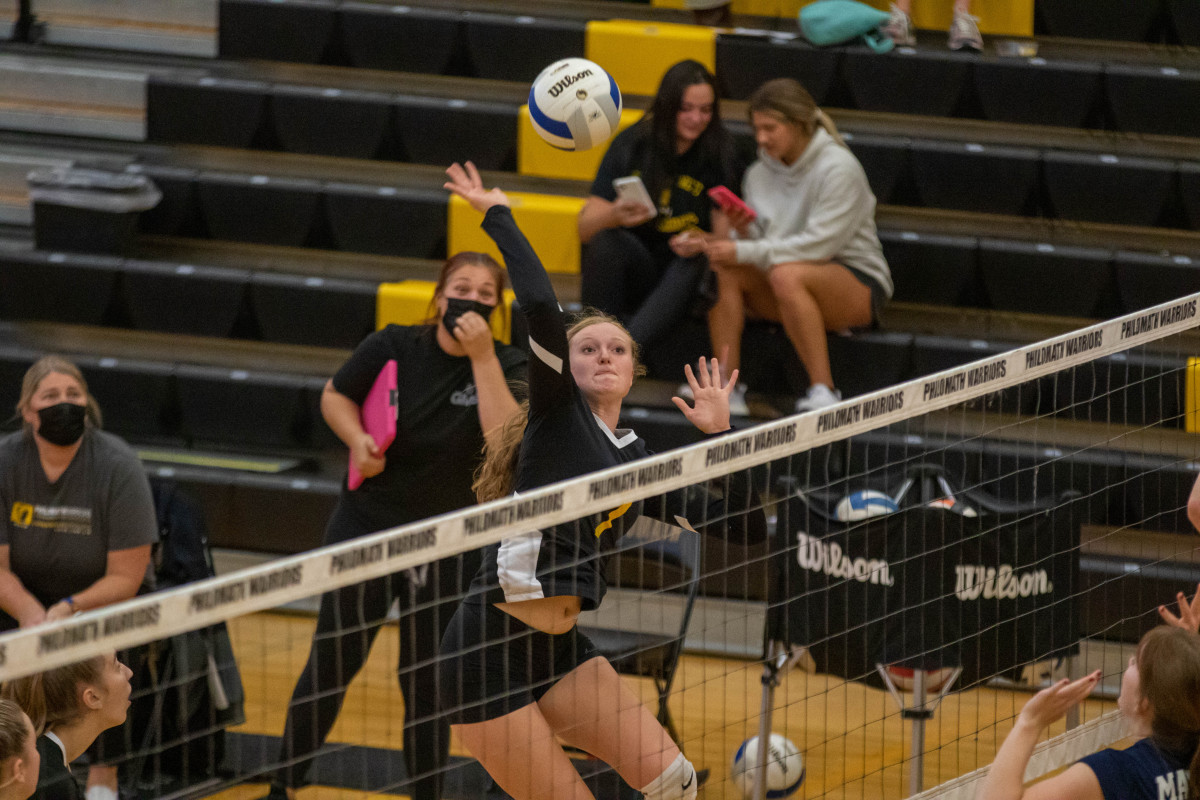 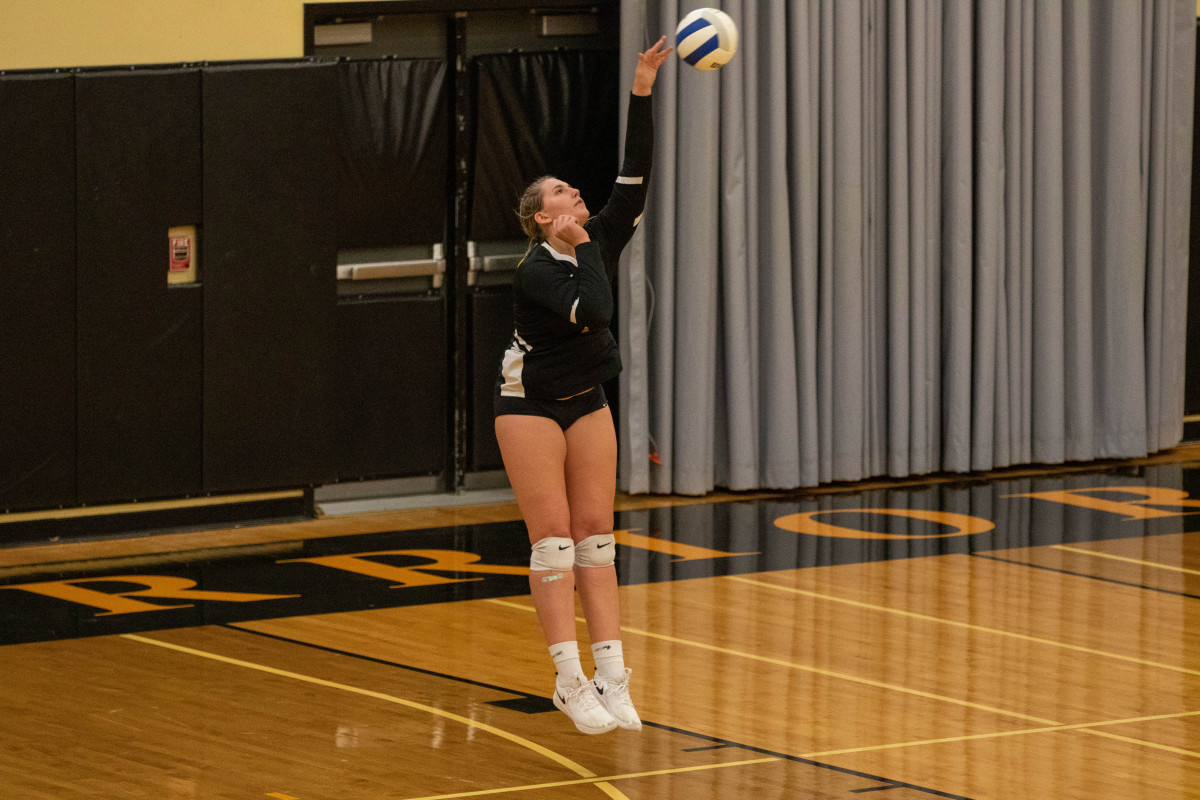 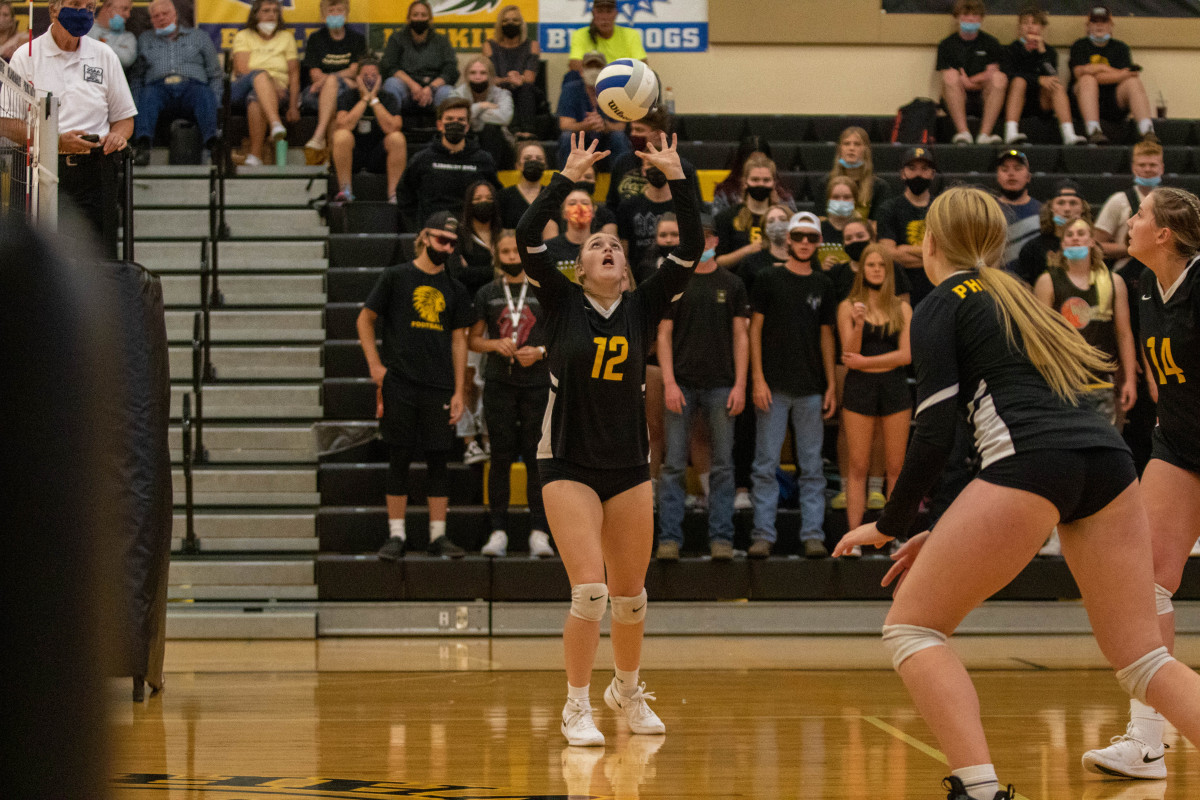 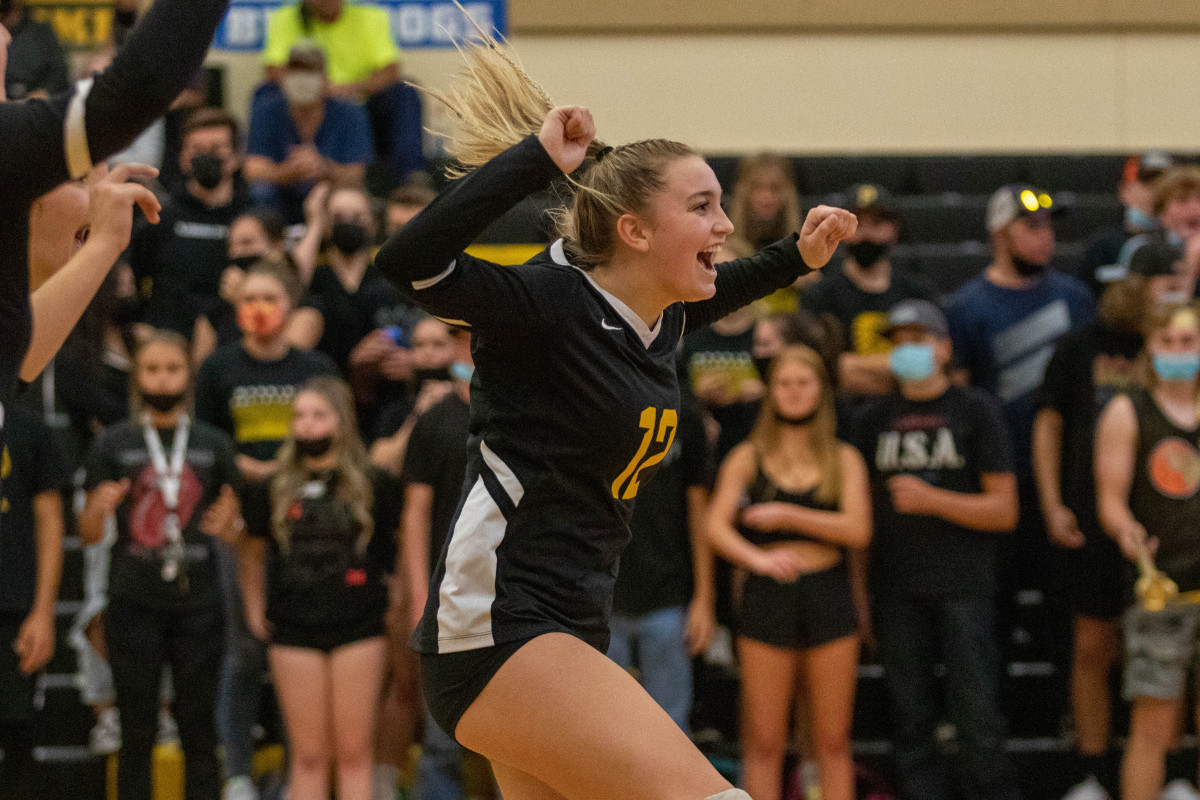 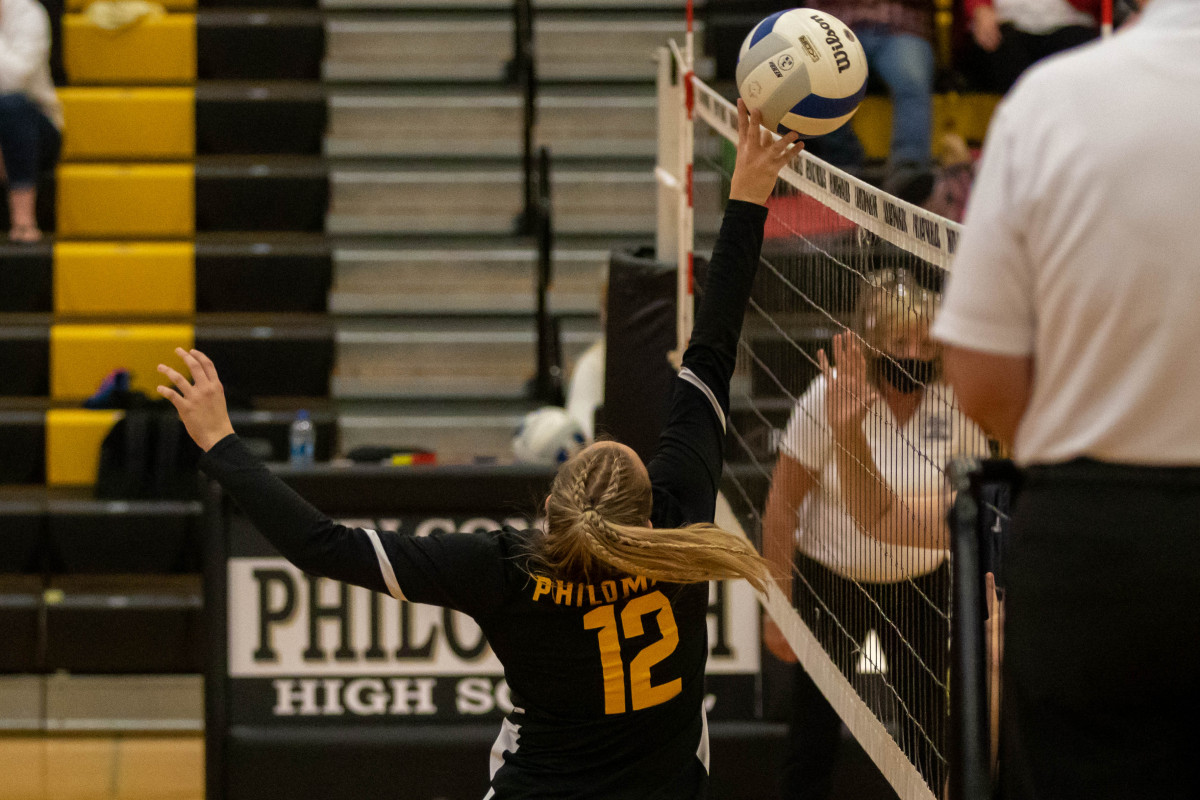 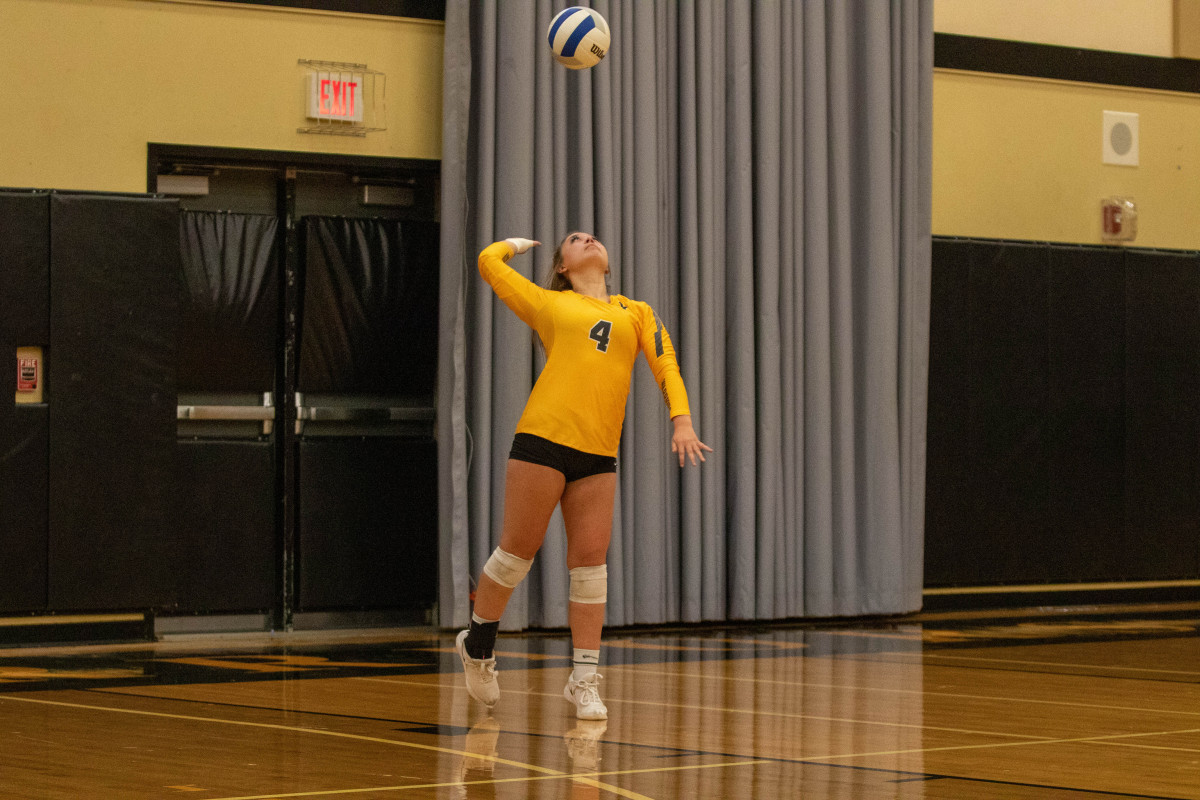 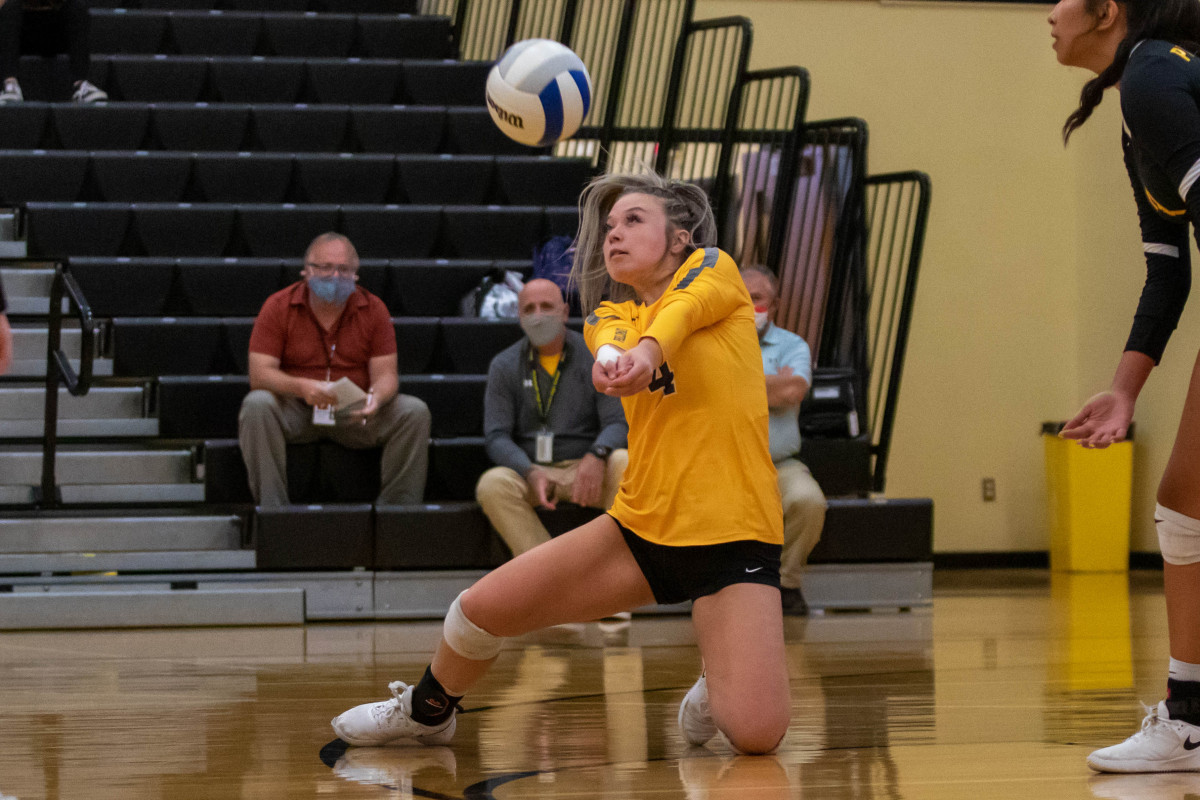 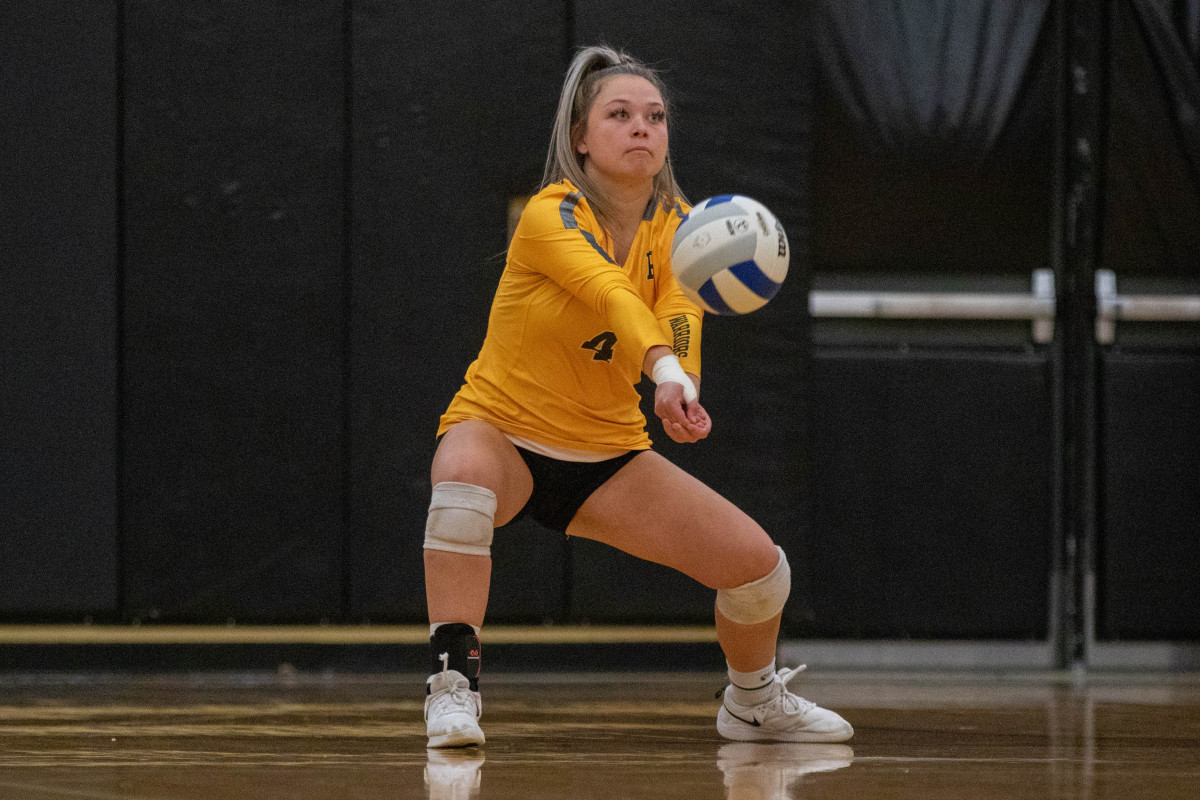 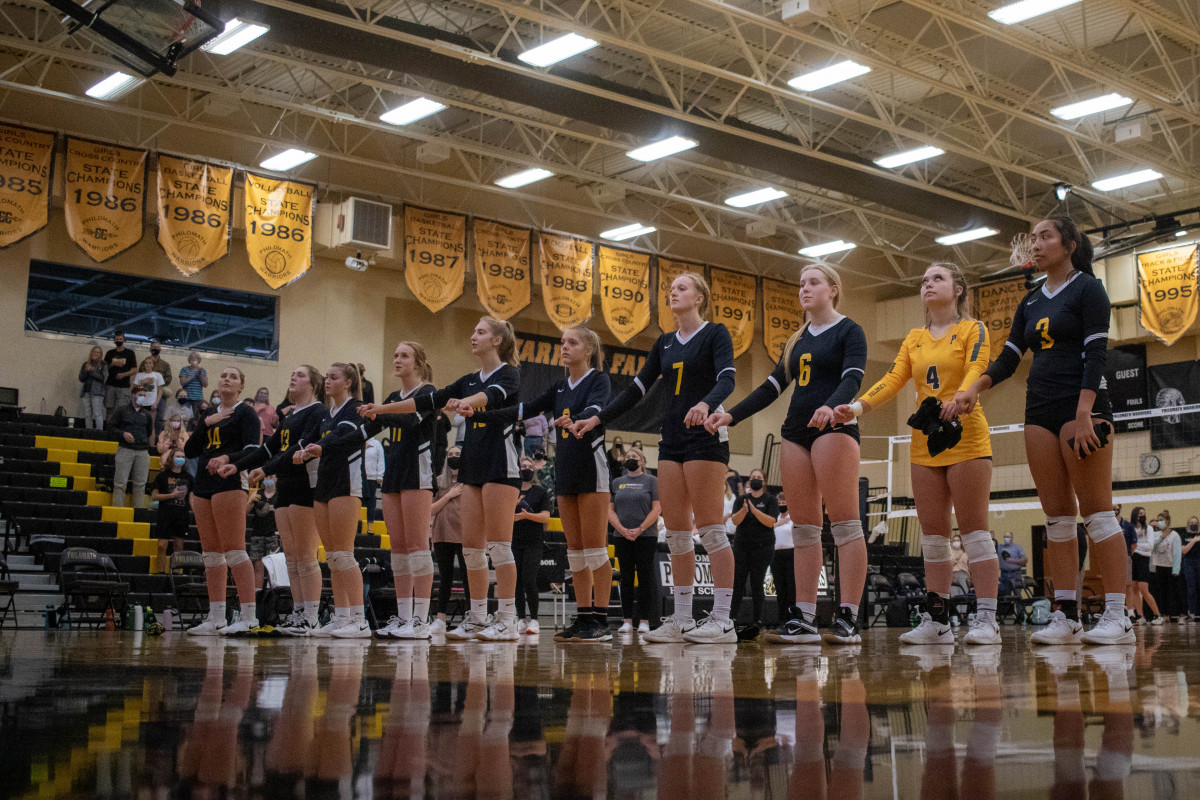 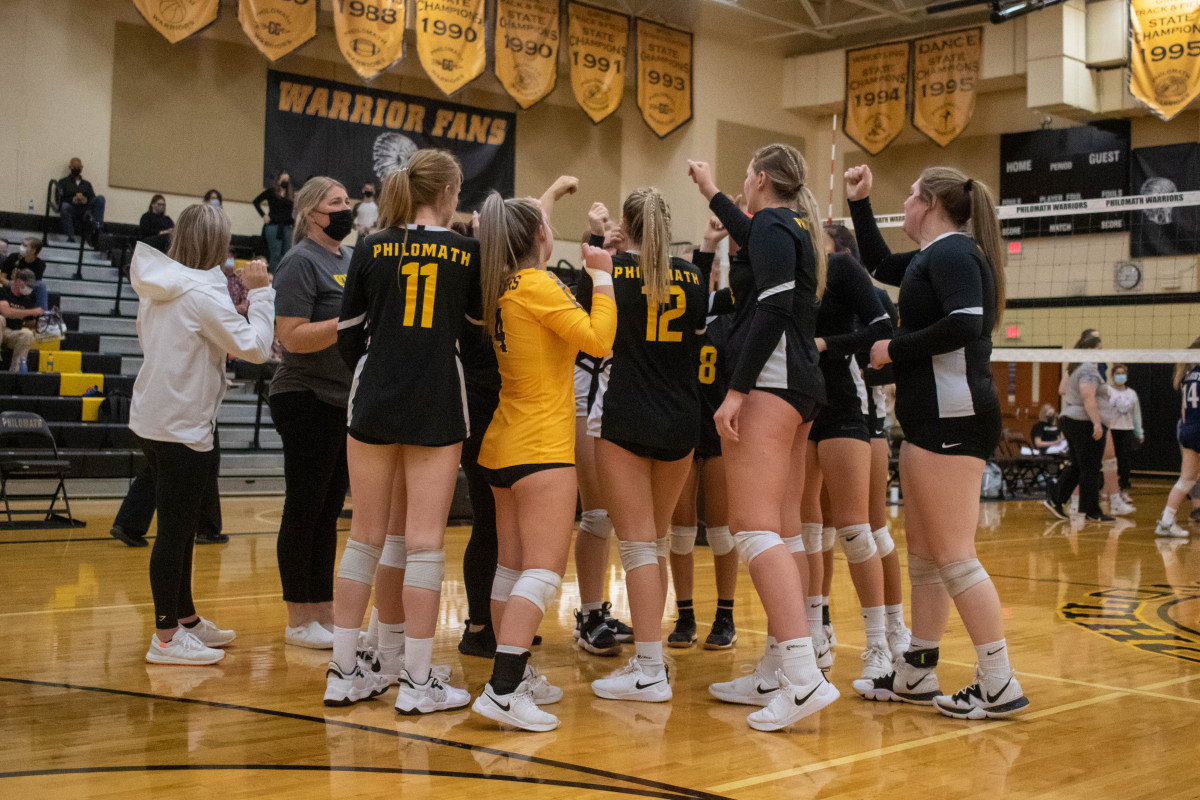 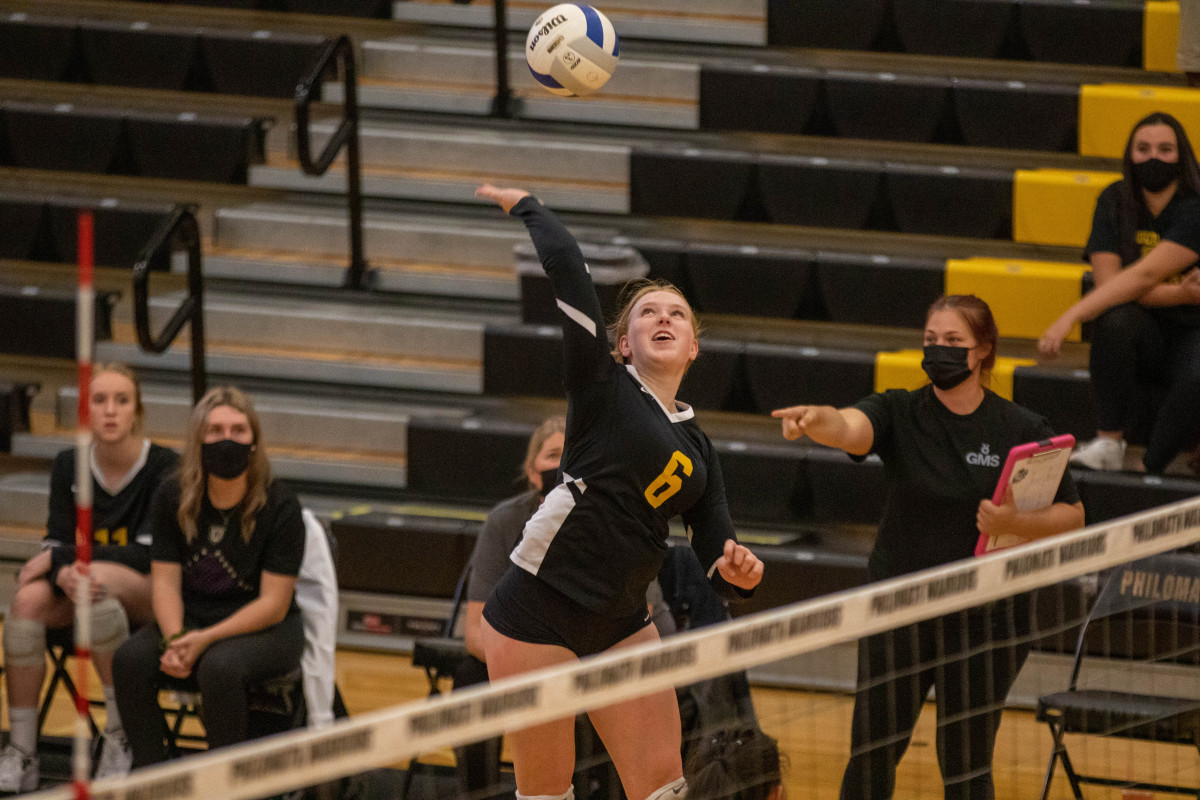 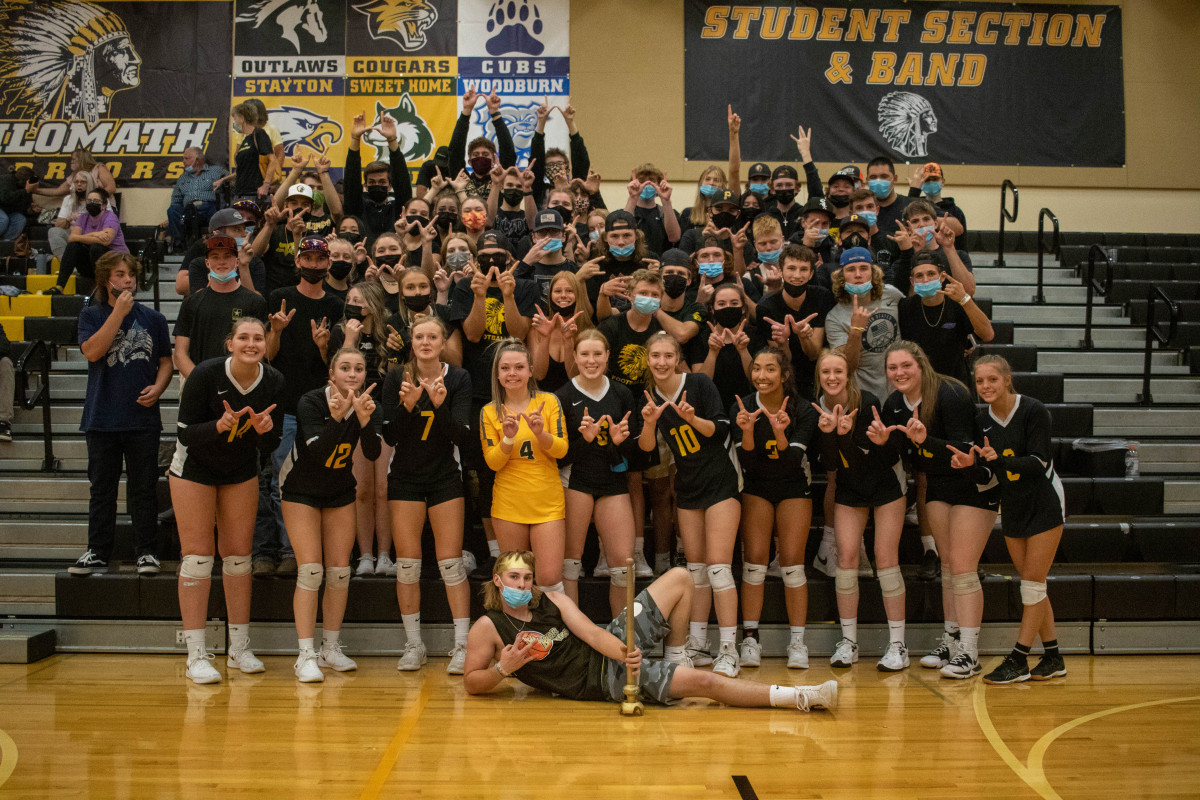 PhilomathNews.com has no paywall but we do rely on voluntary memberships. If you’re already a member, thank you. To join our community as a member or to make a one-time contribution, please CLICK HERE.