Coach Cox at Philomath: ‘He’s a legend around here’

The late Gary Cox and his impact on Philomath

Strike up a conversation about Gary Cox and a common theme starts to present itself — mentor, caring, modest, passionate.

“He was a great friend for so many things, but he was a good coach and mentor,” said family friend Marcia Gilson, who first met Cox at a Philomath Booster Club meeting — her as the parent of a student-athlete and him as the athletic director.

“He was good at bringing your strengths out in you, so he was a good coach and just a very caring person,” she added. “I can’t think of anything bad about him, except maybe he was too humble.”

Another longtime friend, Blake Ecker, said simply, “He’s a legend around here — no doubt about it.”

Cox, former longtime athletic director, teacher and coach, died on July 3 at his home in Redmond. He was 77.

“He’s always been kind of that mentor,” said Ecker, who is Philomath High’s varsity boys basketball coach. “When I was a JV coach, he was still the athletic director and I looked up to him … just a world of a guy. It’s hard talking about him because it’s pretty emotional.”

Steve Bennett, a teacher and himself a former coach and AD, first met Cox during the fall of 1991. That was the year he came on board as an assistant basketball coach. They knew each other for several years through their association with athletics and teaching and then in 2012, Cox was inducted into the Oregon Athletic Directors Association Hall of Fame.

“He invited me to that and that’s when our friendship really took off and I got to know him and his family a little bit better,” Bennett said. “It turned into lots of phone calls and texts and fishing over the last 10 years.”

Ah yes, the fishing. It’s another common theme among those who can share stories about him. Or, baseball — he enjoyed going to Arizona and watching spring training and Oregon State. And his passion for sports never waned with a continued interest in Philomath High as well as a love for watching his grandchildren play.

“These last few months, he was able to watch his granddaughters play volleyball and I gave him a link to watch all of our basketball games,” Ecker said. “It was good that he was able to see those things.”

Cox experienced exceptional success in high school athletics at Drain, a small community located about 40 miles south of Eugene. Graduating with Drain Union High School’s Class of 1962 (the school did not become North Douglas until 1968), he earned 12 varsity letters.

In football, Cox led the Warriors as their star quarterback to an 8-2 record and an appearance in the Class A-2 state playoffs during his senior season in the fall of 1961. The following summer, he played in the Shrine All-Star Game, which at the time was held in Pendleton.

Cox played catcher on Drain’s baseball team and hit .500 in league play as a senior. The Warriors advanced to the A-2 state playoffs and ended up sharing the title with North Catholic. Drain opened the playoffs with a 3-2 win over Riddle and then downed the defending state champions, Serra Catholic (a now-defunct Salem school), 1-0. In a pitchers’ duel, the Warriors won the game despite getting only one hit — an infield single in the sixth inning by Cox.

Drain advanced to the championship game, but unfortunately, all of the state title games in 1962 were rained out and never played.

Cox also played American Legion baseball in the summer and appeared in the State-Metro All-Star Baseball Series. He earned all-state honors in both football and baseball.

Following high school, Cox continued his education at the University of Oregon. In 1963, he headed to Columbia Basin College in Pasco, Washington, and then moved on to Linfield College in McMinnville, where he earned a degree in 1968.

Cox married Diana Becker, a high school classmate, in an evening ceremony on Aug. 16, 1963 in Drain. Later, during their 36 years in Philomath, Cox and his wife had two children — daughters Christina and Kathi.

In 1966, Cox was a catcher on Linfield’s baseball team that won the NAIA championship. The Wildcats barely qualified for the playoffs as a No. 8 seed and then won four straight games to claim the title. Linfield defeated Lewis, 15-4, in the championship game to finish 26-9 and earn the first national title in the school’s history.

Cox arrived at Philomath High School in 1968 as a 24-year-old head baseball coach, replacing Cecil Ira who had resigned after the 1968 season. That spring, Cox had been a student baseball coach at Linfield. He also was immediately involved with the PHS football and basketball programs as an assistant.

Beyond coaching, Cox was hired as a social studies and boys physical education teacher at the junior high.

In 1973, Chuck Vaughn moved from athletic director into an administrative position at the middle school. Cox officially became the AD on July 1, 1973 and at the time was still involved in coaching baseball, football and basketball.

Cox resigned as the baseball coach following the 1976 season. The Warriors had won the Emerald League championship in 1975. In eight years, his coaching record was 99-75. Frank Hernandez took over the job in 1977.

In the following years, Cox was involved in several efforts, such as raising money to improve athletic facilities, among those a major $63,000 track renovation in 1978. In 1997, he helped raise more than $30,000 to send the school’s Shining Stars dance team to Washington, D.C., to appear in President Bill Clinton’s inauguration parade. Those are just a few examples of projects he helped support.

Gilson explained how Cox would approach people to become involved in something for the school or students.

“If he came in and asked you if you would work on a project or if you would do something, he had thought about that for a long time,” she said. “He realized you would be able to do it but he was encouraging you and giving you the opportunity to turn him down. But he didn’t plan on you turning him down, he’d work on you.”

Cox was the AD when Tami Maida of “Quarterback Princess” fame wanted to play football in 1981 and he came to her defense.

“In my opinion, anyone who walks onto the football field — whatever the sex — would be treated the same. We’re not going to take it easy on girls. And on the other hand, we’re not going to ‘rip city’ them either,” he told the Philomath School Board.

Cox ended up taking over the baseball program as the head coach again in 1980. He coached baseball five more seasons before resigning after the 1984 campaign.

In all, Cox worked in the Philomath School District for 30 years — 25 as the athletic/activities director. He was honored with an open house celebration on June 13, 1998.

“It was a great day and each and everyone contributed to the greatness,” Cox wrote in a letter to the editor following the event. “I wish I could say thanks to everyone personally, but I might miss someone, so again I say thank you from the bottom of my heart.”

The Philomath School District’s Al Neet Educator of the Year honor went to Cox in 1998 and his career at Philomath High earned induction in 2012, as earlier mentioned, into the OADA Hall of Fame.

“Everybody always respected Gary because his heart was in the right place,” Bennett said. “It gets you through any kind of challenge or tough times when you are in those situations because you have so much respect for the person. You know even though you might not agree on things sometimes, his heart’s in the right place and doing the right thing for kids.”

Several other honors came along through the years, including OADA’s Class 3A Athletic Director of the Year (1991), State of Oregon Sports Hall of Fame (in 1999 as part of Linfield’s 1966 team), Linfield Athletic Hall of Fame (1999 for baseball, 2010 for football), PHS Legend Club (2012) and many others. He also served on the Philomath Youth Activities Club’s board of directors.

Cox joined the Philomath Fire Department as a volunteer firefighter in 1972 and remained active for the next 31 years.

“He’s everything positive that there is about Philomath,” said Gilson, who was also with Philomath Fire & Rescue for many years.

Ecker first met Cox while he was still in high school. Ecker’s freshman year on the baseball team was Cox’s final season as head coach and he became good friends with his daughter, Christina, who later married one of Ecker’s best friends, Todd Rosborough.

“We started fishing together and doing things together probably since college and then more and more as I’ve gotten older,” Ecker said about his friendship with Cox.

Ecker shared a pleasant memory about the last time they went crabbing together. It’s common to put names on crab pots for identification purposes. Ecker said he has one with Cox’s name on it, adding, “We’ll leave his name on there.”

Cox retained that special connection to Philomath through sports, friendships and other activities.

“He would always make it to Legend Club meetings and any inductions that we had,” Bennett said. “And he made it to the graduations forever.”

As mentioned earlier, Cox was inducted in 2012 into the PHS Legend Club, an organization that honors those who have gone above and beyond to support student-athletes. Bennett said that for years, Cox wanted to do something to recognize others that didn’t fit into the induction criteria of a student Hall of Fame or Legend Club.

“We never had anything for alumni, coaches, there were some pieces like that missing,” Bennett said. “So for the last year and a half or so, we’ve been working on that and it’s going to continue on even without him. But that was really his baby and he was really passionate about it.”

Cox always wanted to make sure others knew how much their contributions were appreciated.

“He was always about honoring people, thanking people, giving recognition to people,” Bennett said, “And he was about being involved in the community, whether it was a firefighter or with his church.”

The family planned for a private burial at Comstock Cemetery in Curtin, a small town northeast of Drain in Douglas County. A Celebration of Life event is scheduled for Aug. 7 at Suburban Christian Church (2760 SW 53rd St., Corvallis) with a start time of 1:30 p.m. 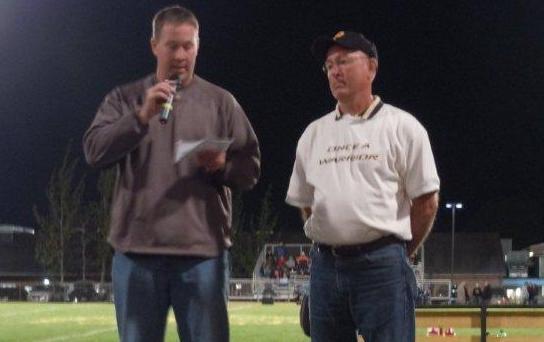 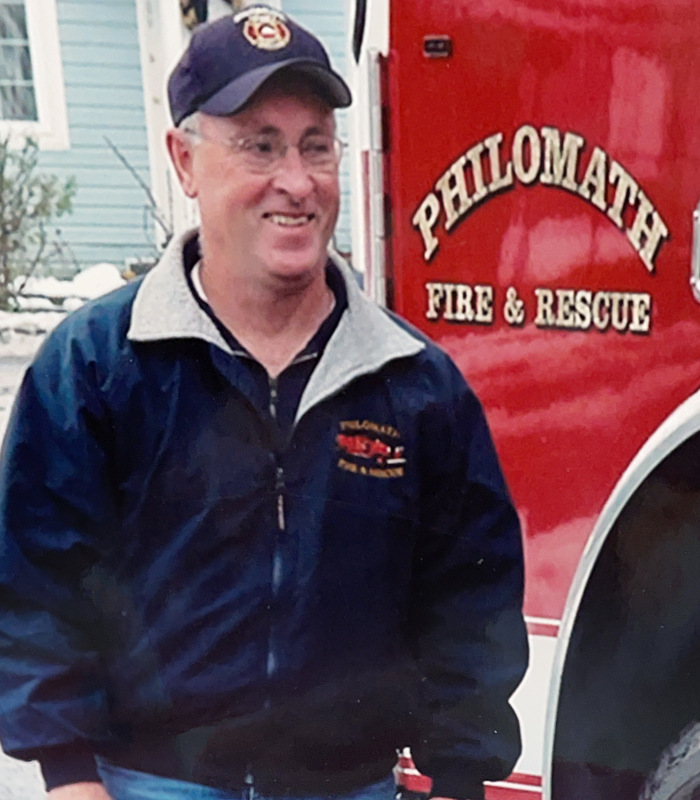 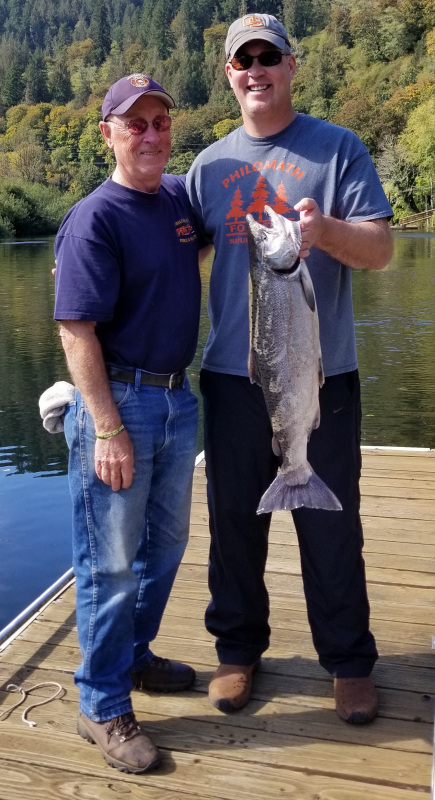 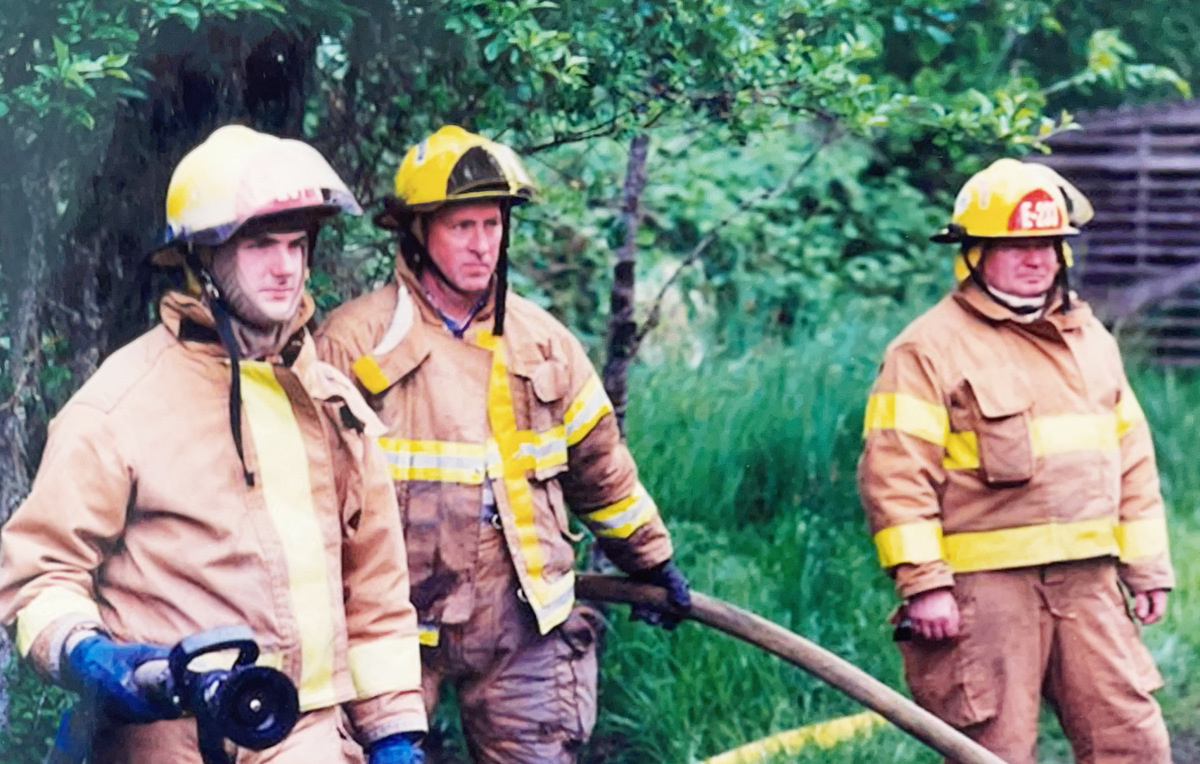 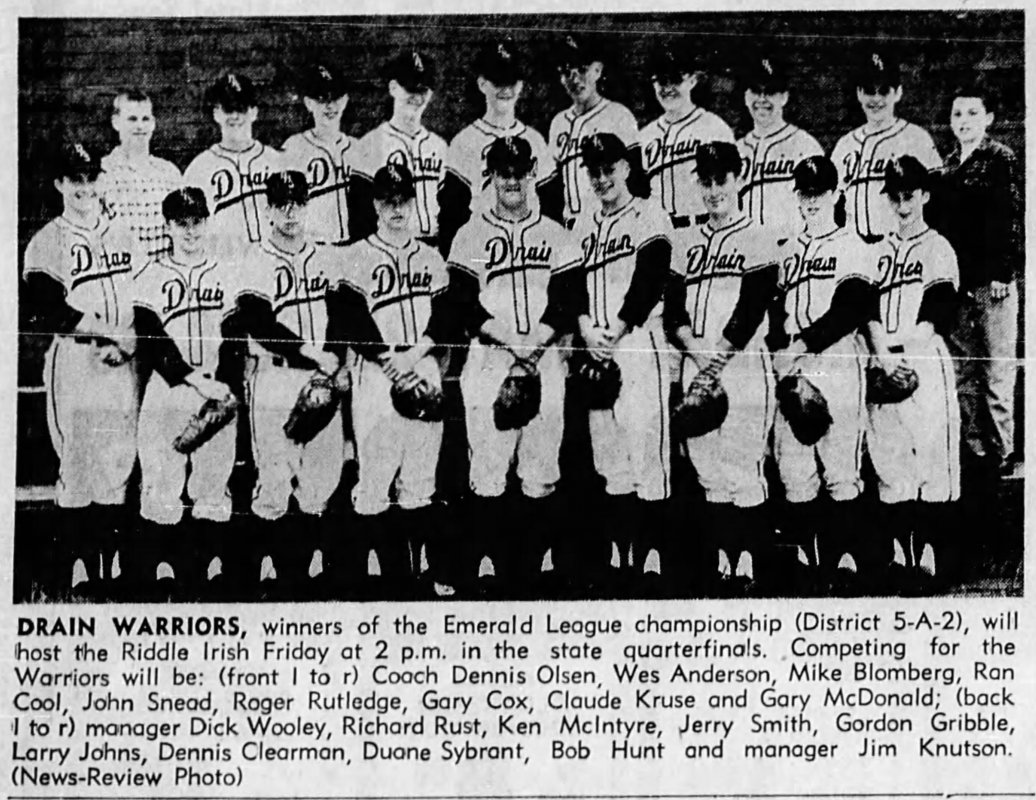 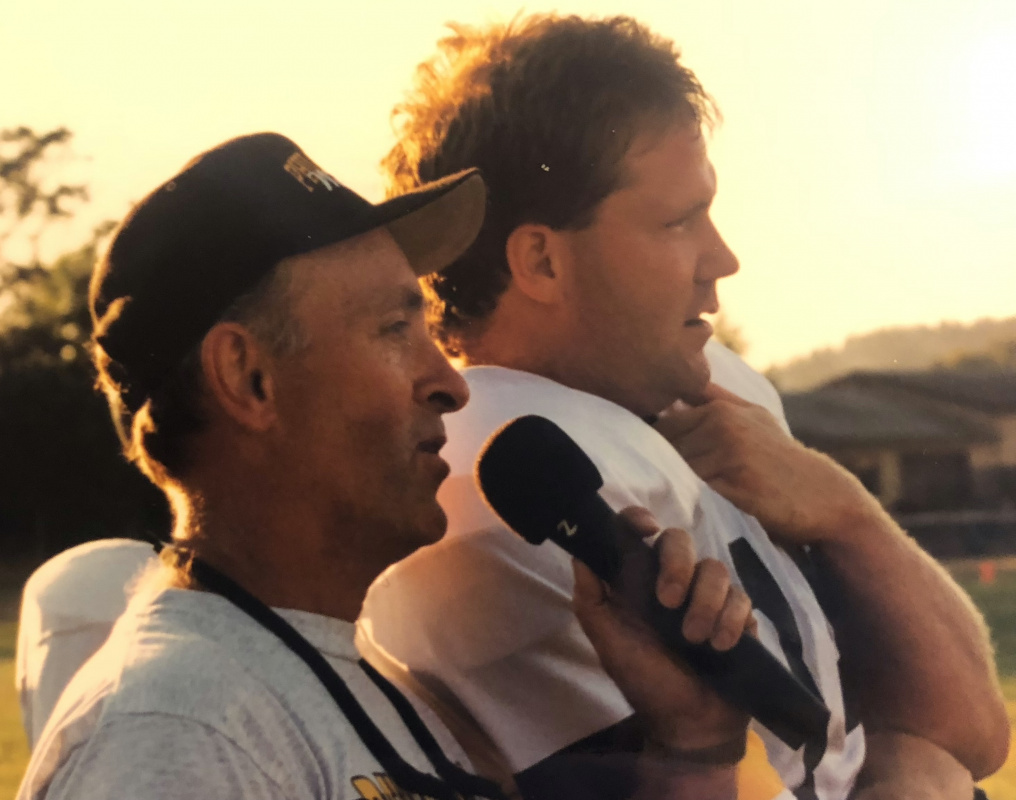 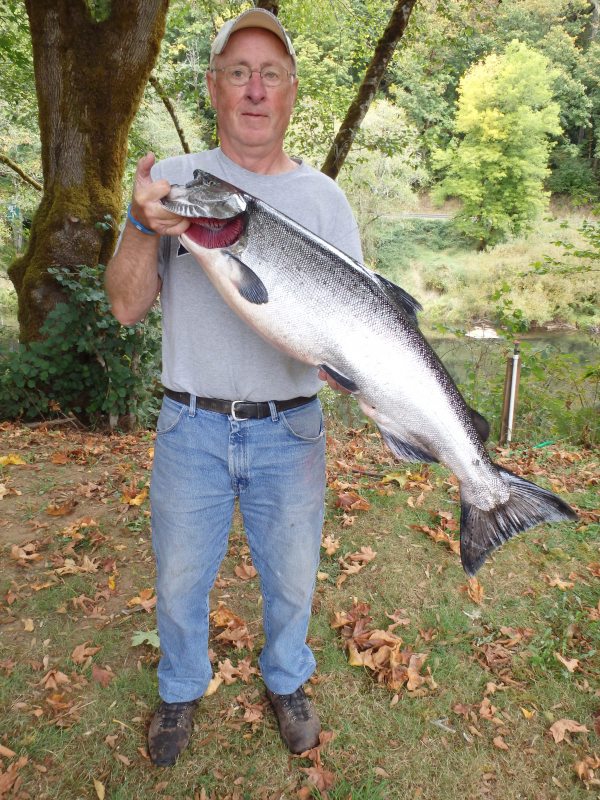 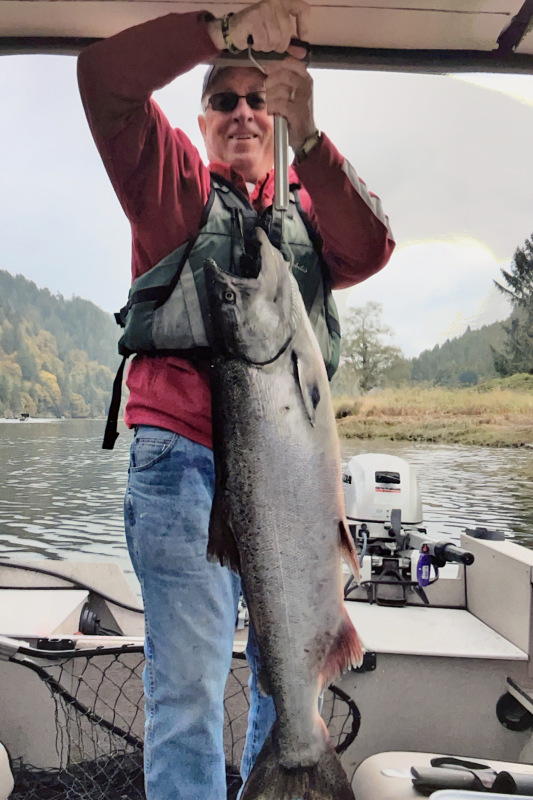 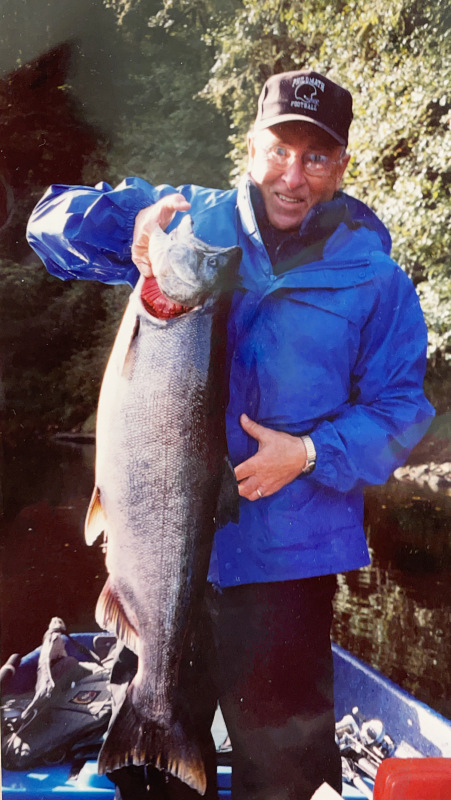 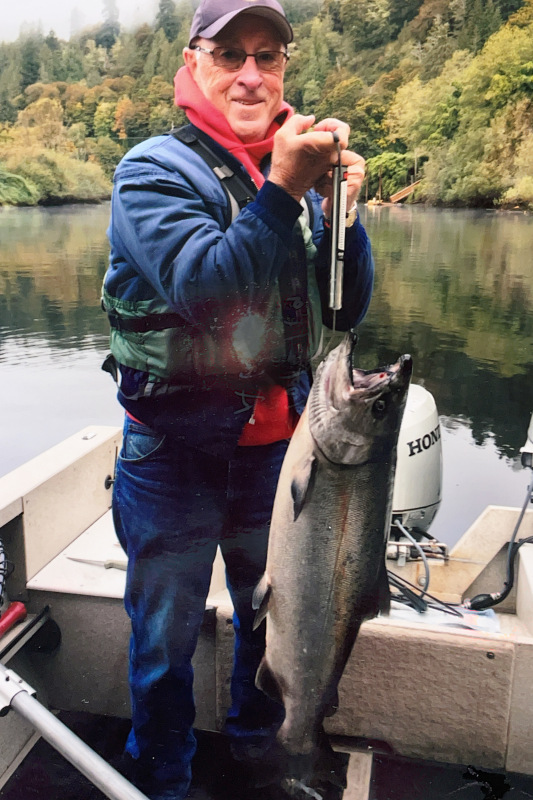 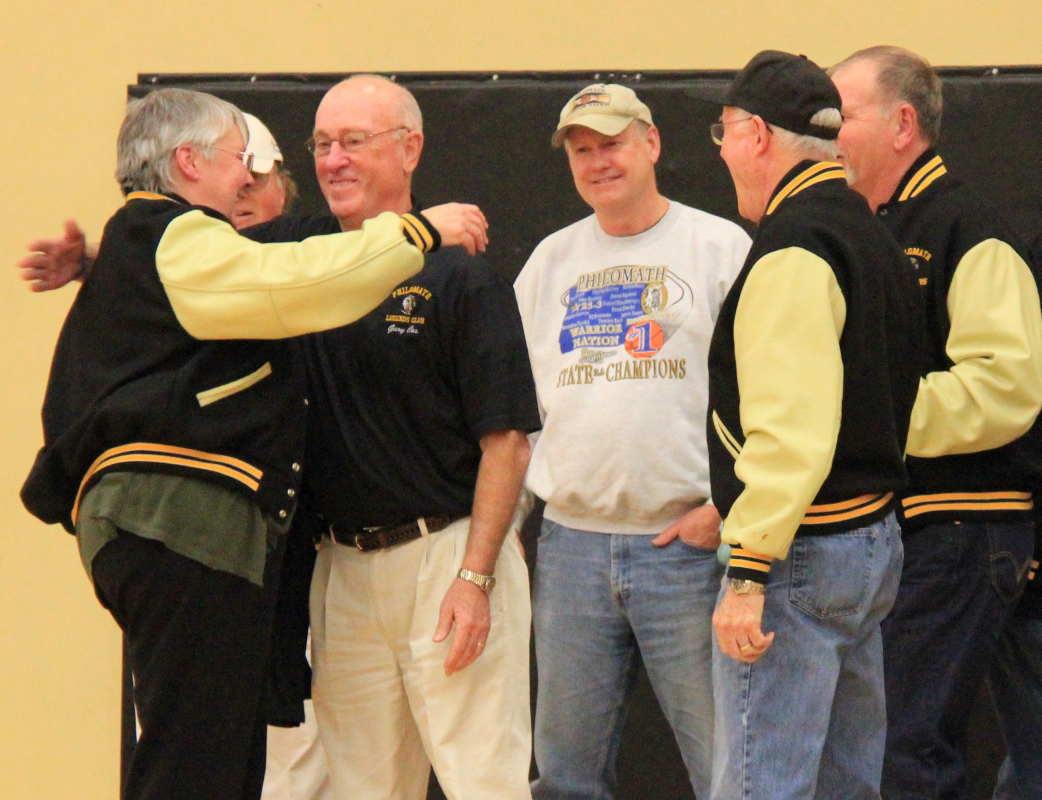 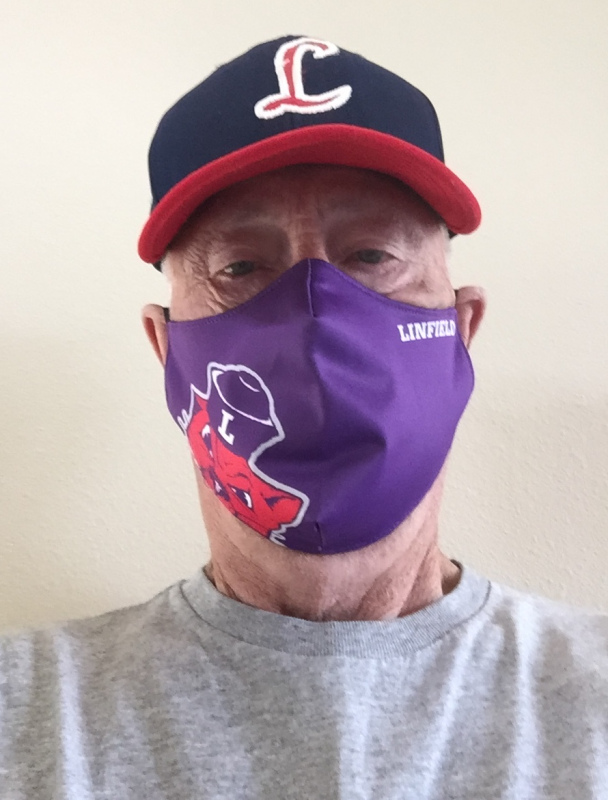 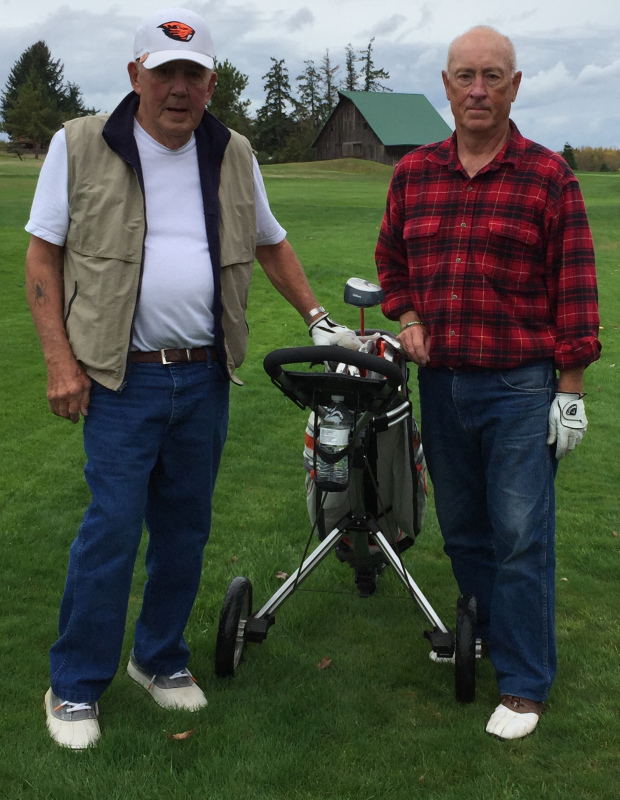 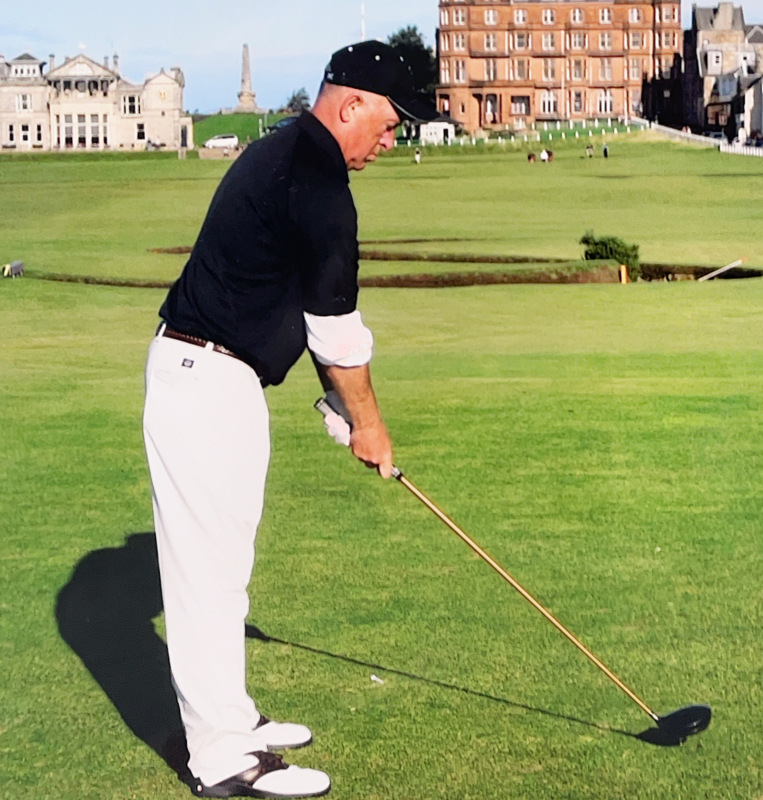 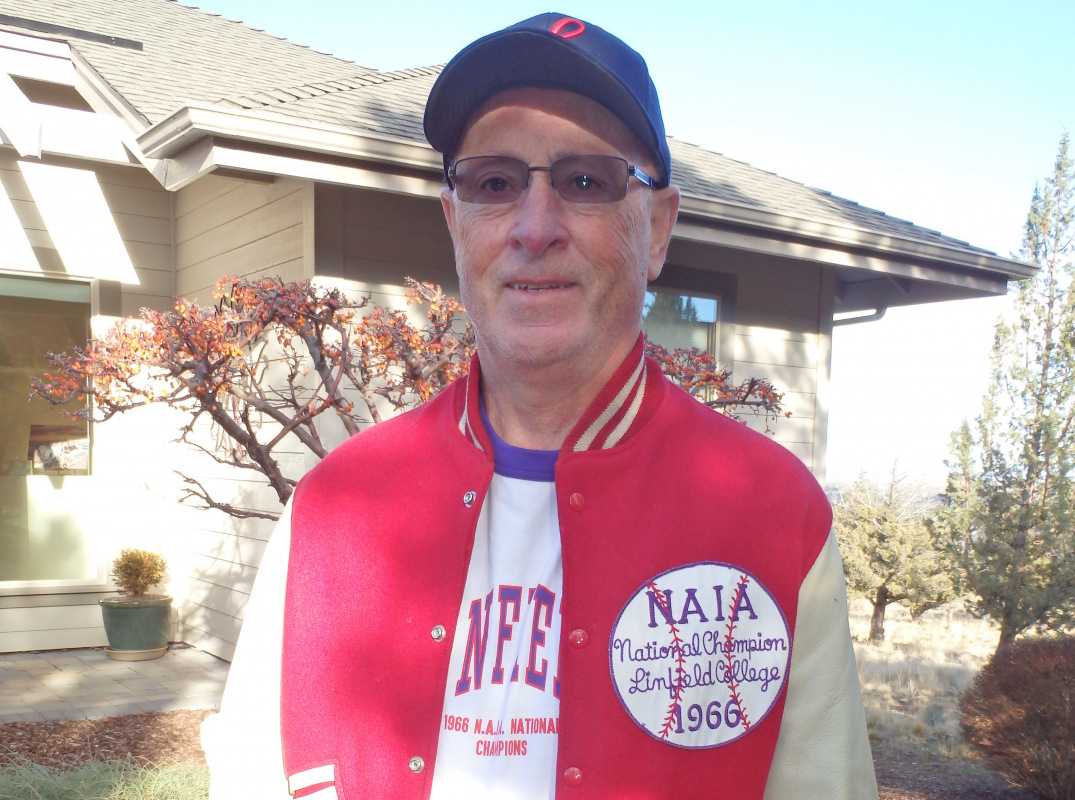 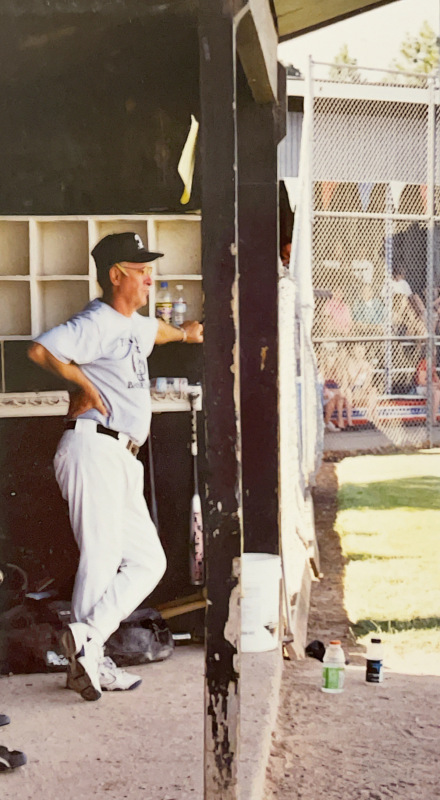 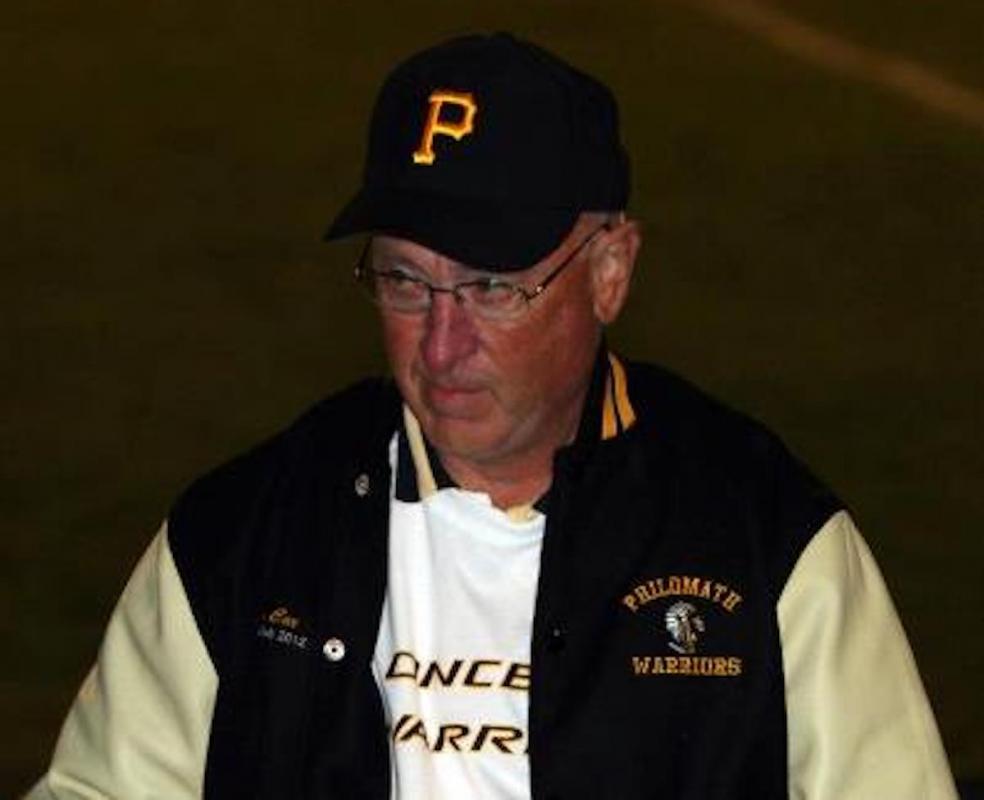 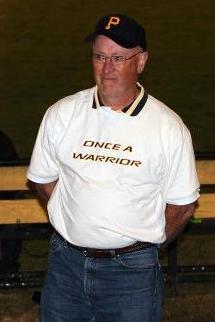 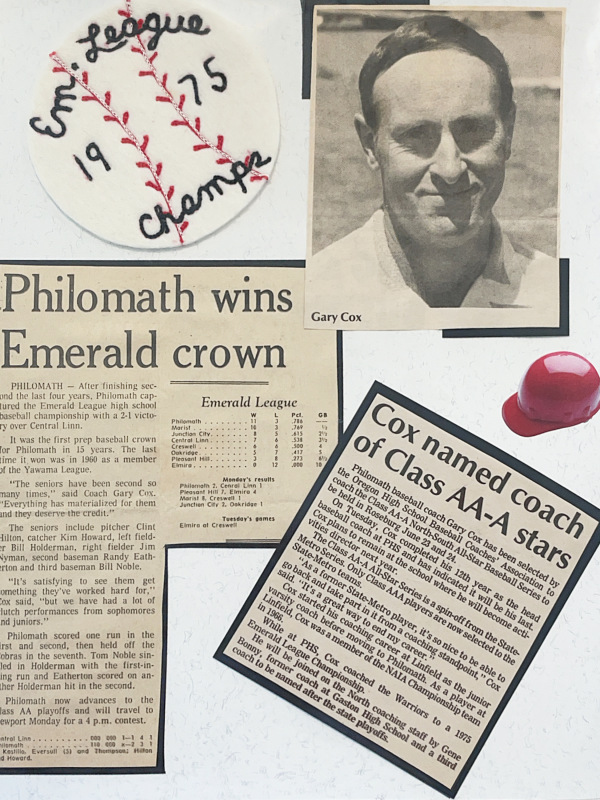 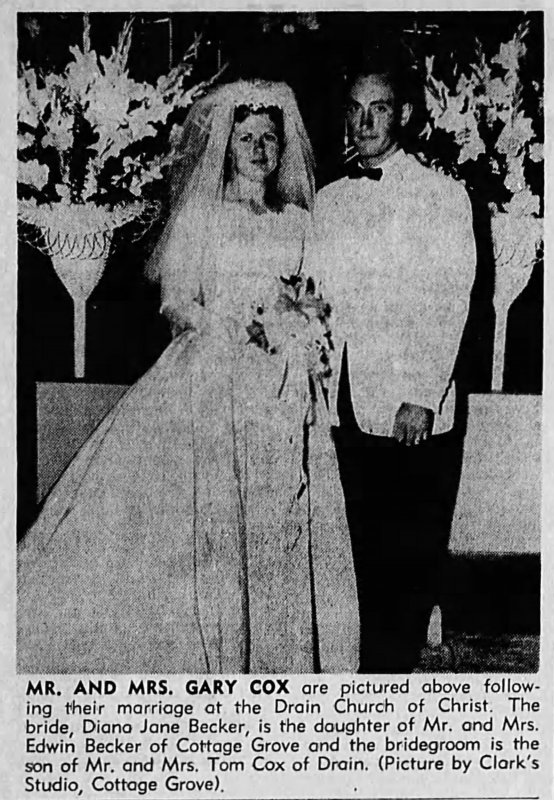