In an emotional evening that included recognition of the program’s seniors, the Philomath High volleyball team had moments of effective execution against a very good Sisters squad but too many moments of breakdowns in what ended up as a four-set loss.

The Warriors came out of the gate fighting but saw the lead in the first set slip away late to miss an opportunity to establish a favorable tone for the evening. After Sisters survived that early challenge, the Outlaws dominated the second and fourth sets with the Warriors taking the third.

Philomath’s remaining schedule is a bit cloudy at the moment, however, with a scheduled match on Oct. 21 at Newport already ruled as a forfeit win. Newton wants to try to schedule a tough match to help further prepare the team for the postseason.

“Newport forfeited and since Barlow (tournament) was canceled, I’m telling our AD, ‘Tony (Matta), I want a match,’” Newton said. “I’m going to call those schools that were supposed to be at the tournament and we’re going to play a game here because we need to play a tough team.”

Newton was referring to the Mt. Hood Invite at Sam Barlow High School that had been scheduled for Oct. 2 but canceled.

“If we can get a 6A team to scrimmage us in place of Newport, then we can get our (OSAA) ranking up and maybe host” a play-in game, Newton said.

The Cubs had a situation with their head coach not available on the date of the match, Newton said, adding, “They wanted to move the date and we couldn’t do it so they just decided to forfeit.”

Philomath (8-9 overall, 6-5 Oregon West) had a 21-17 lead at one point in the opening set after an Abigail Brown slam at the net. The Outlaws responded, however, and reeled off five straight points to take the lead. An Ashlynn Barron kill and a Brown ace put PHS back on top 23-22 but Sisters regrouped and won the next three points for the 1-0 lead.

Sisters (17-3, 8-2) shot out to a 5-0 lead in the second set although the Warriors did get back to within 8-7 with Barron, Clara Stanley and Sage Kramer all contributing to scoring points. But Sisters stole momentum back, scored in bunches and ended up with a 13-point winning margin.

A similar pattern occurred in the third set with Sisters building an early lead at 6-1 only to see the Warriors rally. Philomath tied the score 11-11 on a Kori Galvan ace serve. The two teams battled back and forth with the score later tied at 20-20.

Philomath had answers late in this one and with Barron serving, scored four straight points to take control. Two of those points came on Kramer kills, the other two on Sisters hits going wide and long.

The Outlaws did come back with three points to make it 24-23 but Philomath closed it out on a Kramer play at the net.

In the fourth set, Sisters never trailed and that’s where the evening ended.

“Senior Night for me kind of complicates our focus a little bit,” Newton said. “They have these wavering feelings of nostalgia and sadness and they get a little distracted and then they have really great moments.”

Two seasons ago, Philomath lost to Sisters twice during the regular season but then defeated the Outlaws at the state tournament. Newton believes that can happen again.

“I still feel like we completely 100% can beat that team,” Newton said. “And we’ve done this before — where we don’t catch them in league and then we beat them at state. So that’s where we’re going to go next in our conversation — our state prep.”

Conference Standings
(As of Oct. 14) 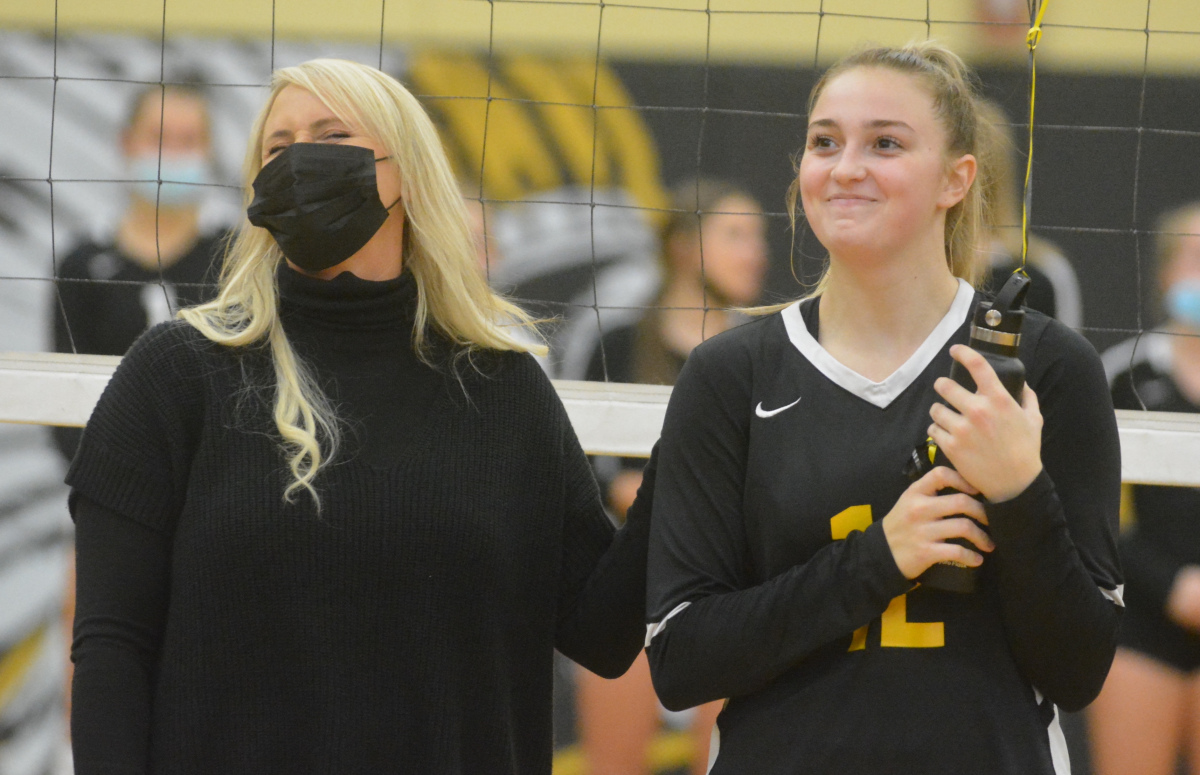 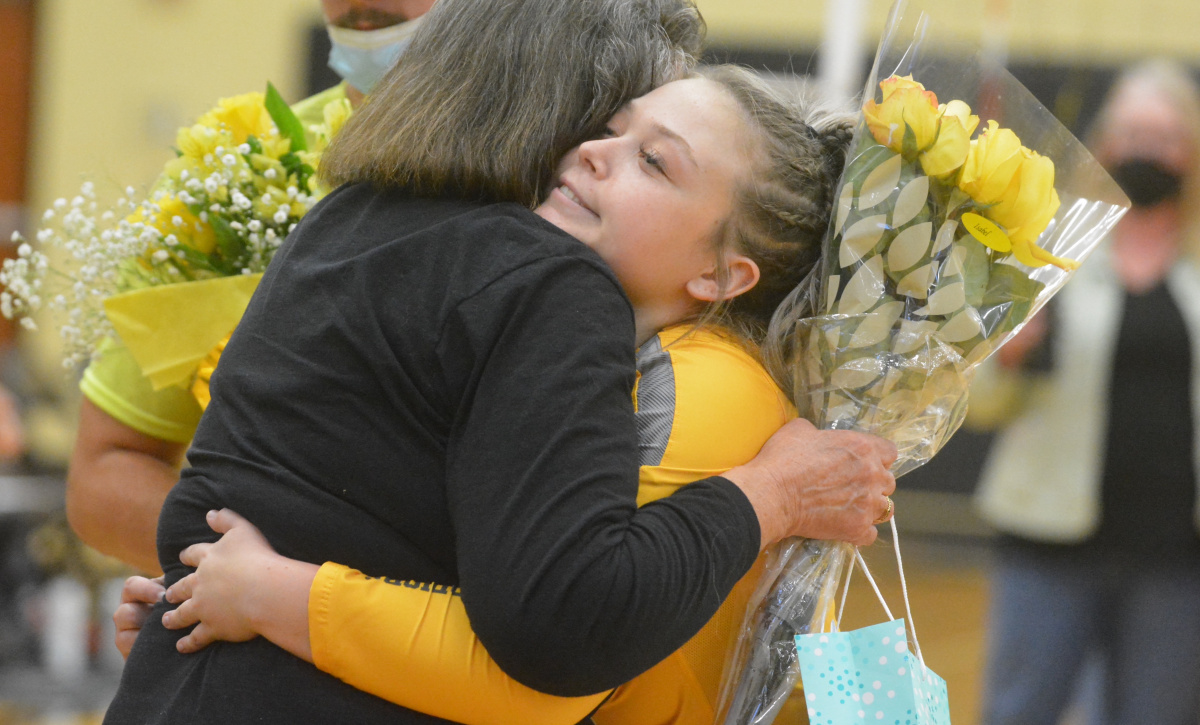 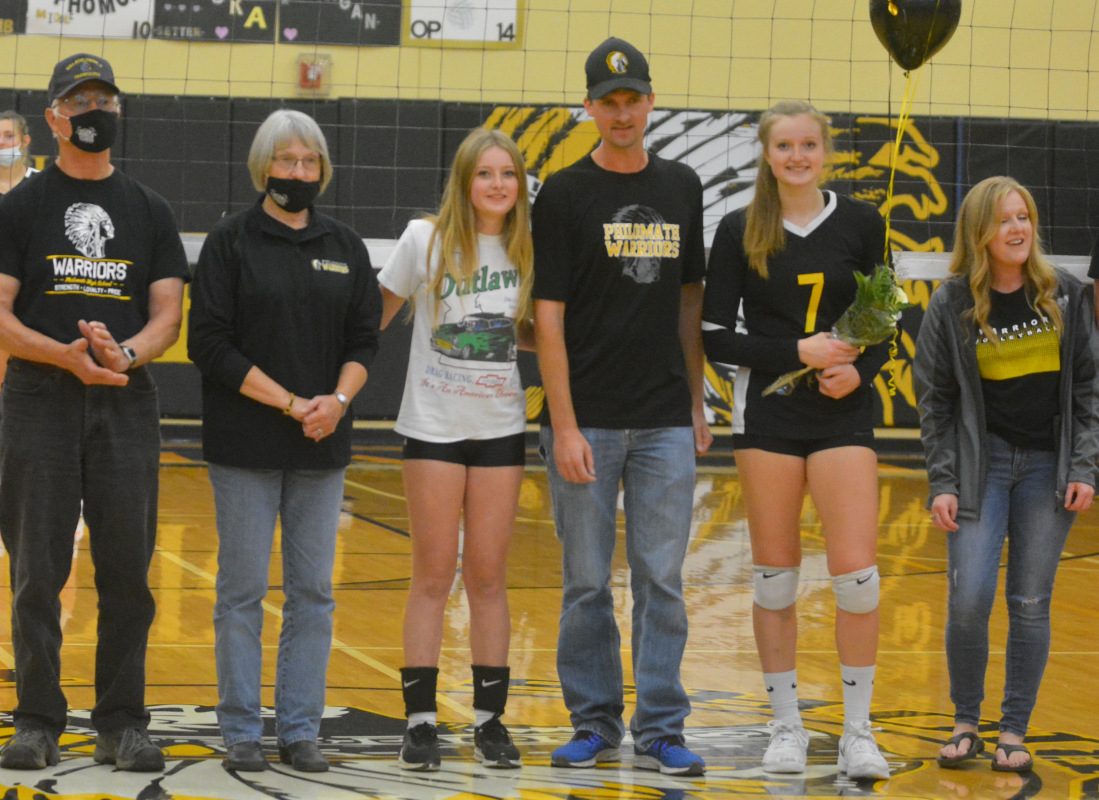 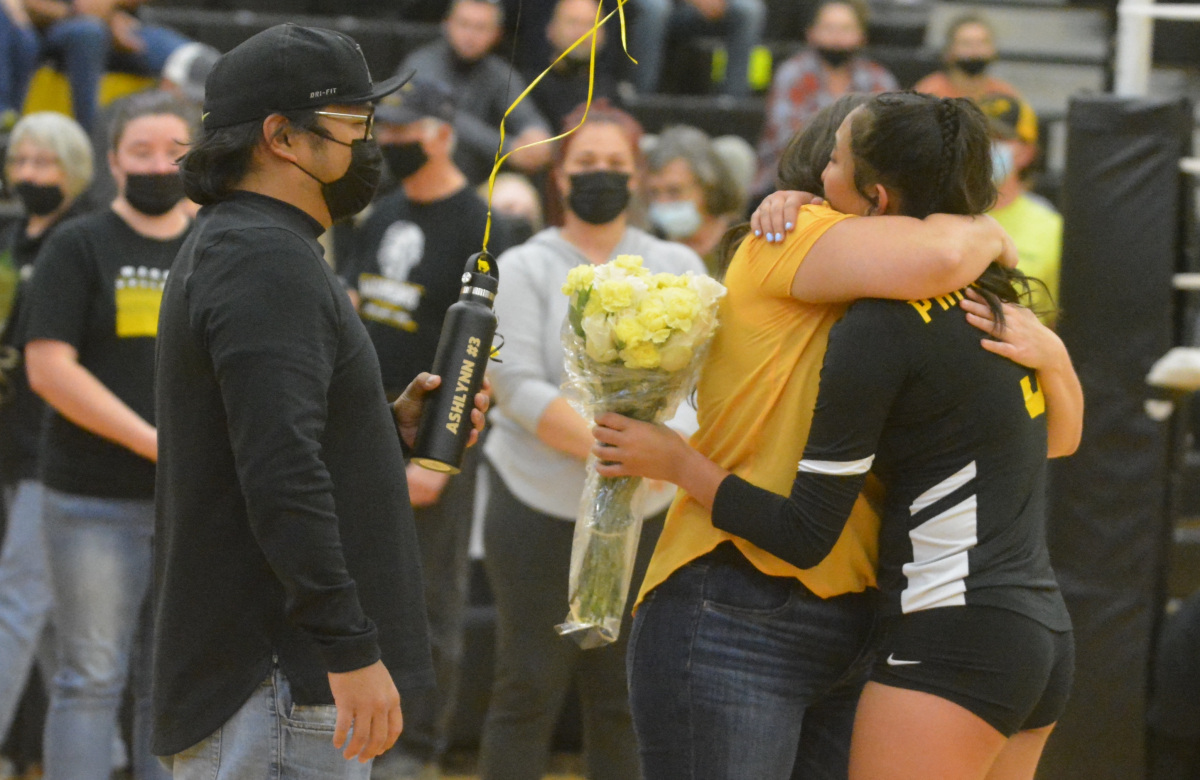 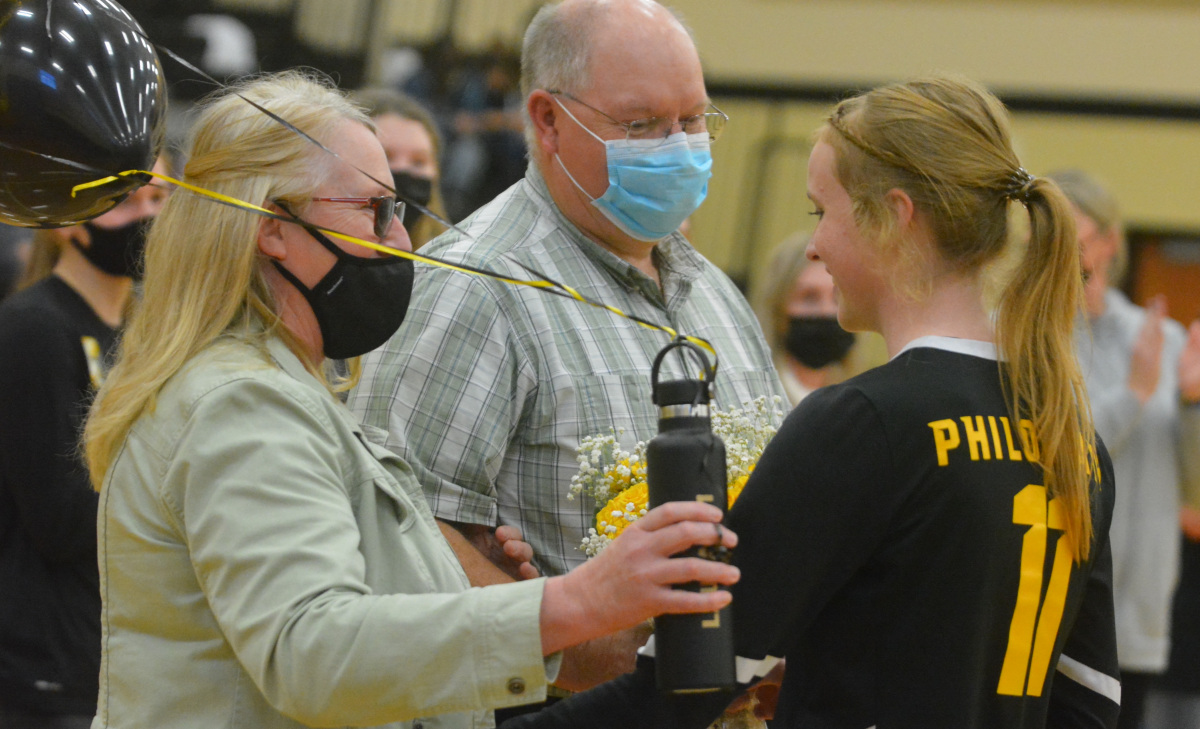 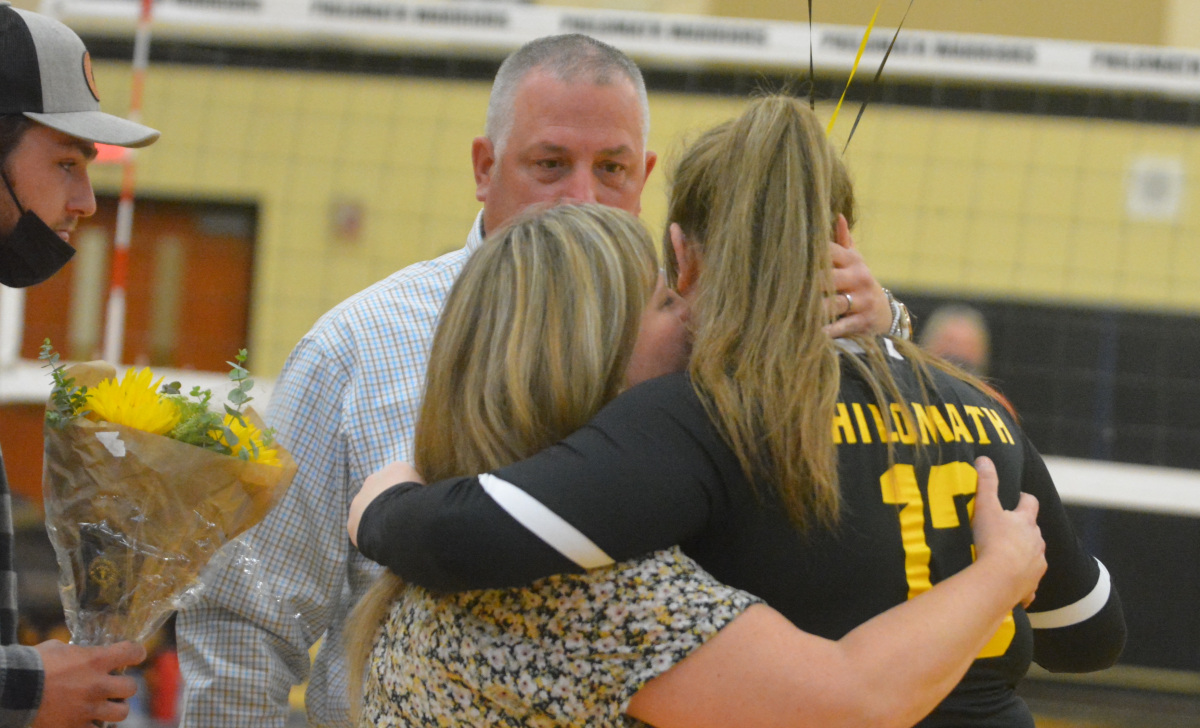 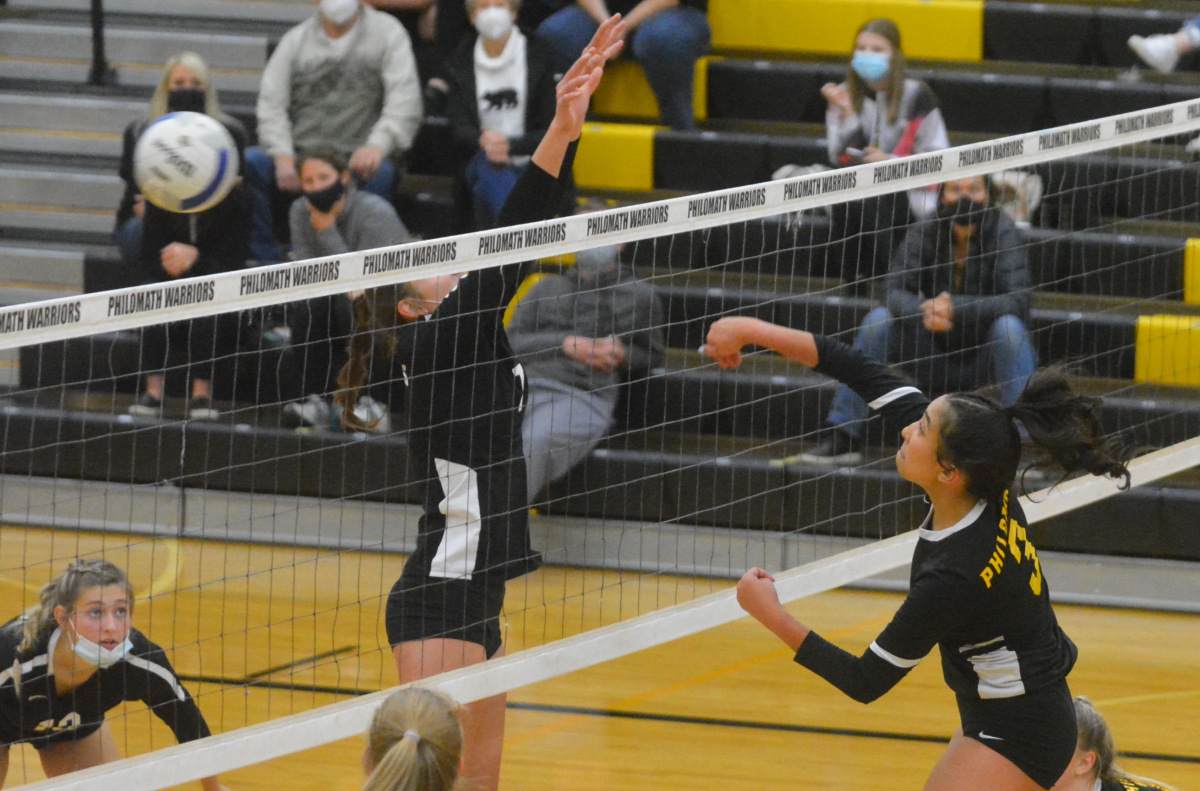 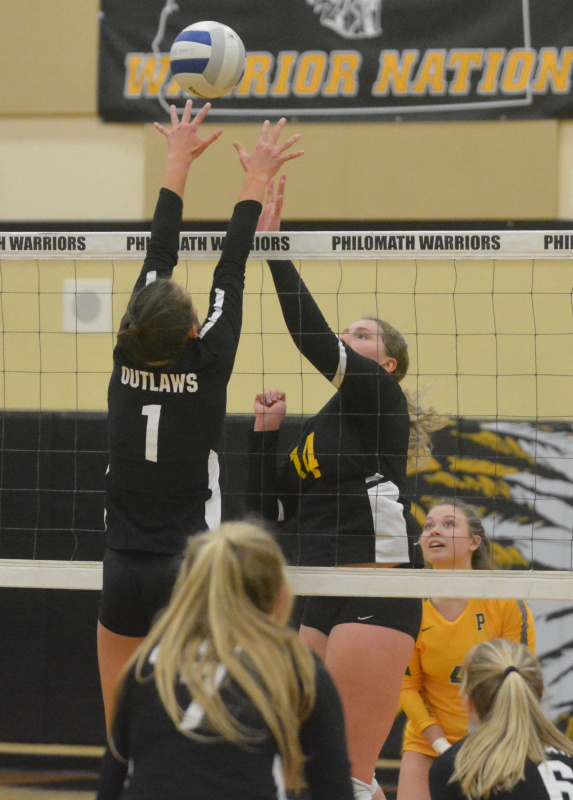 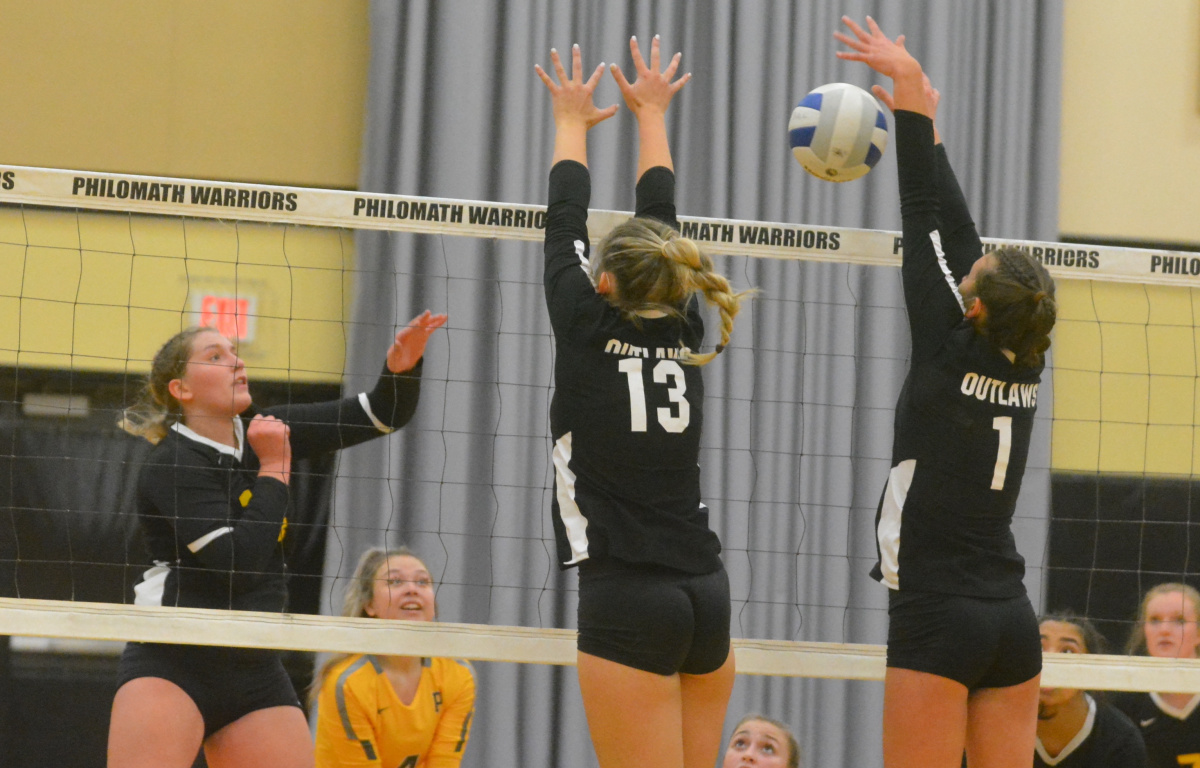 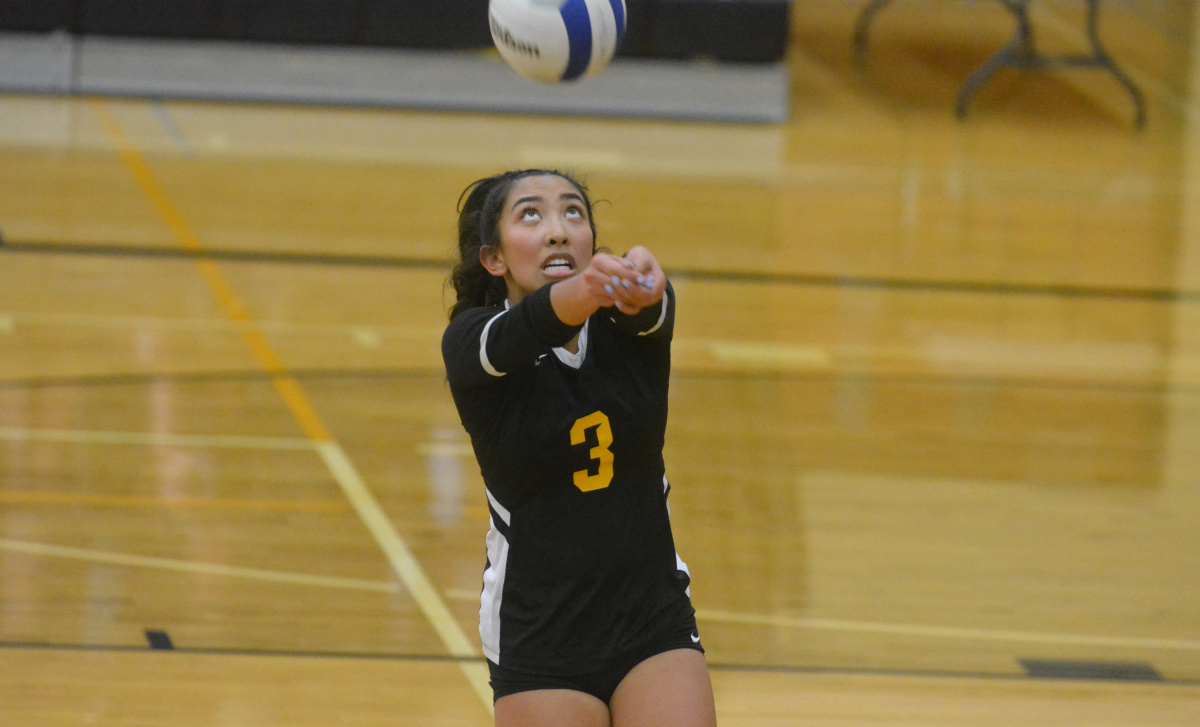 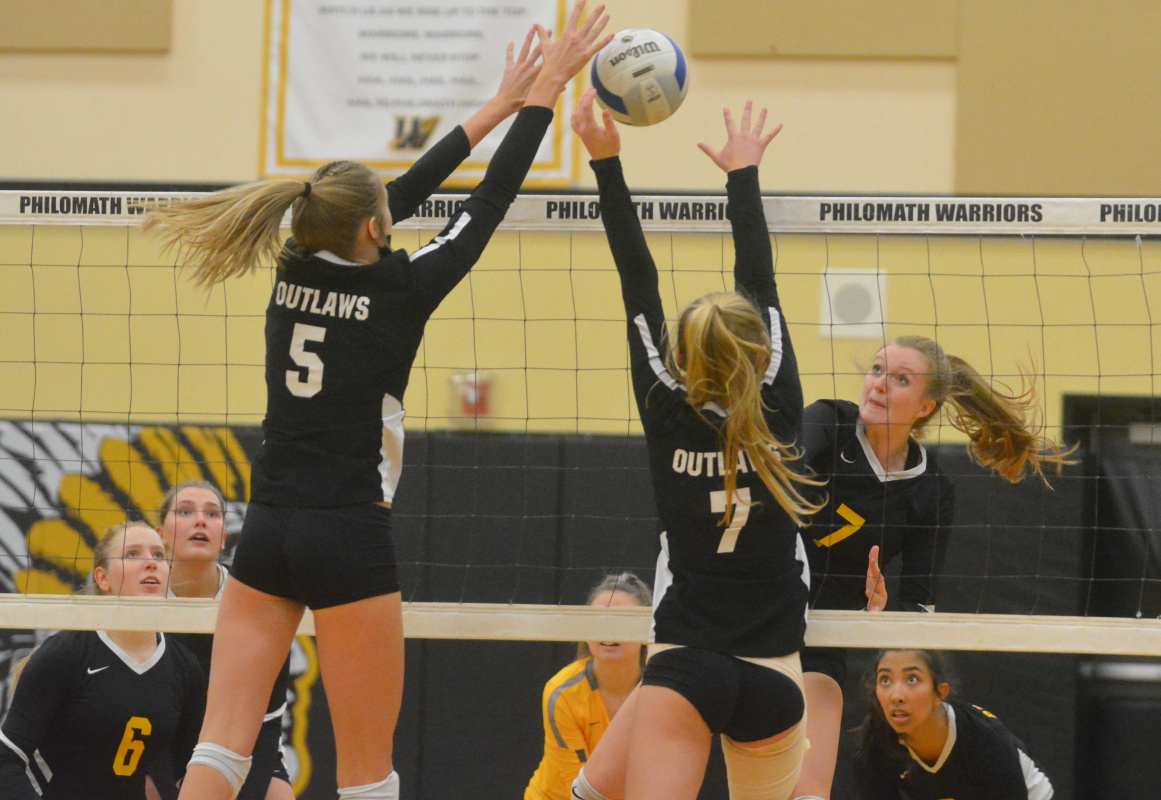 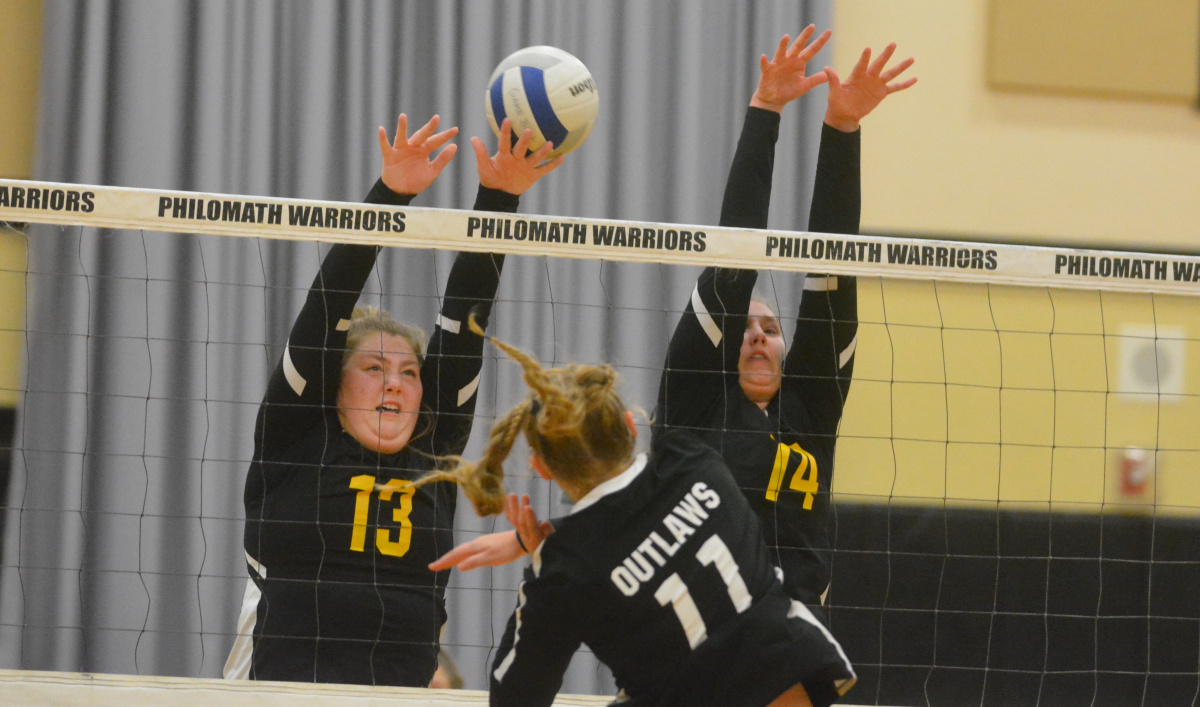 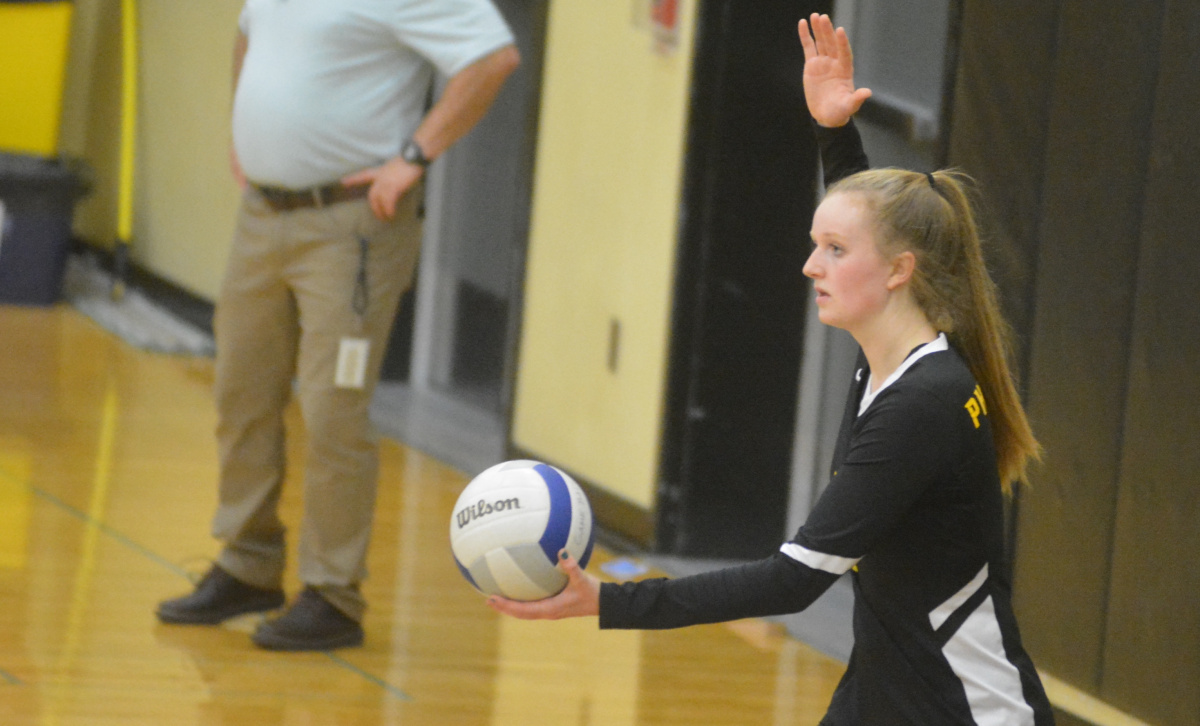 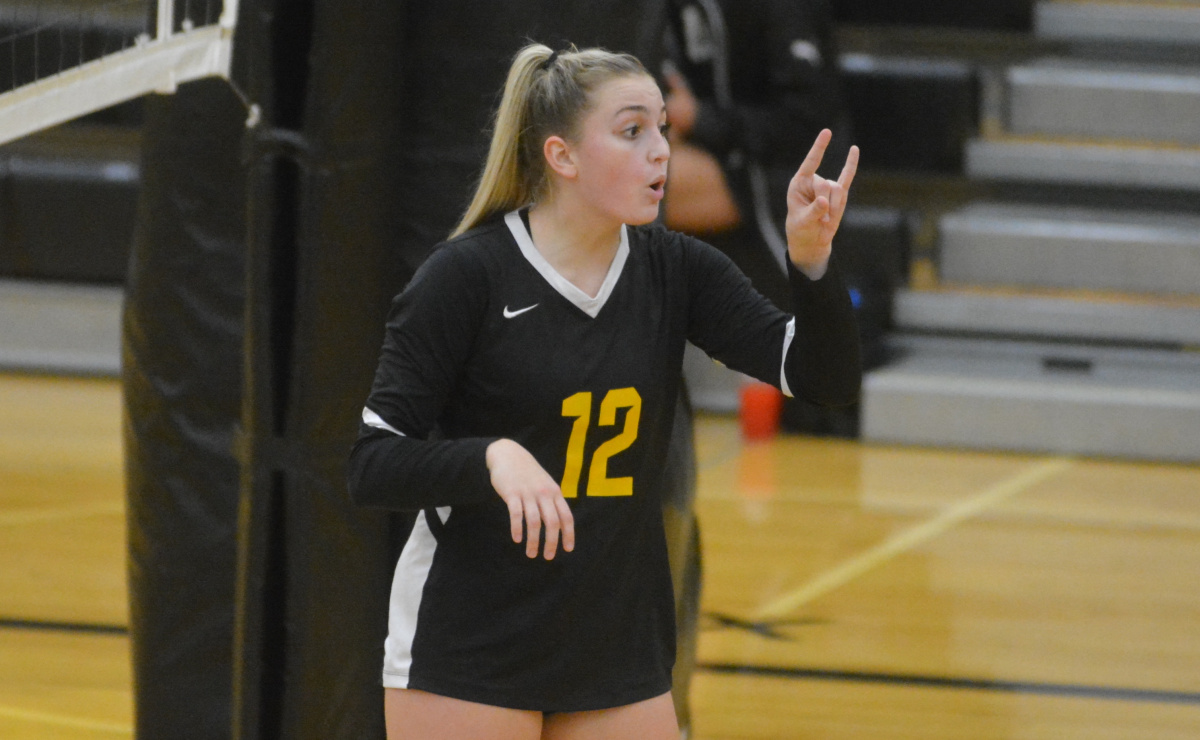 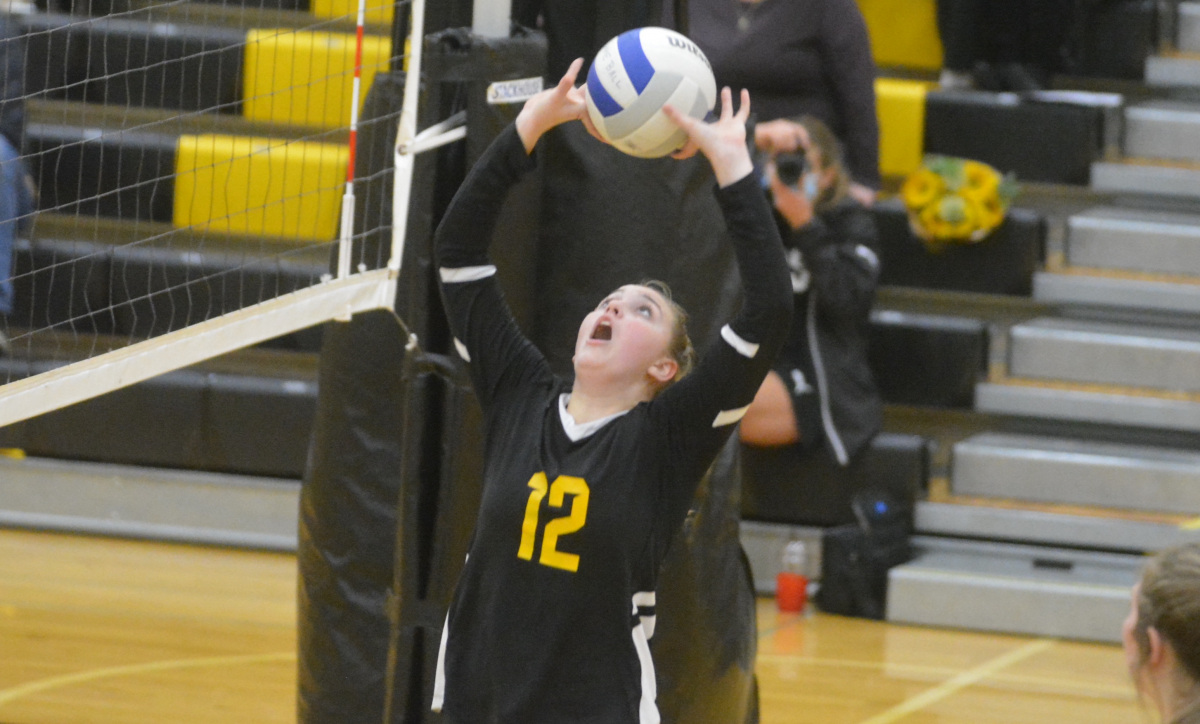 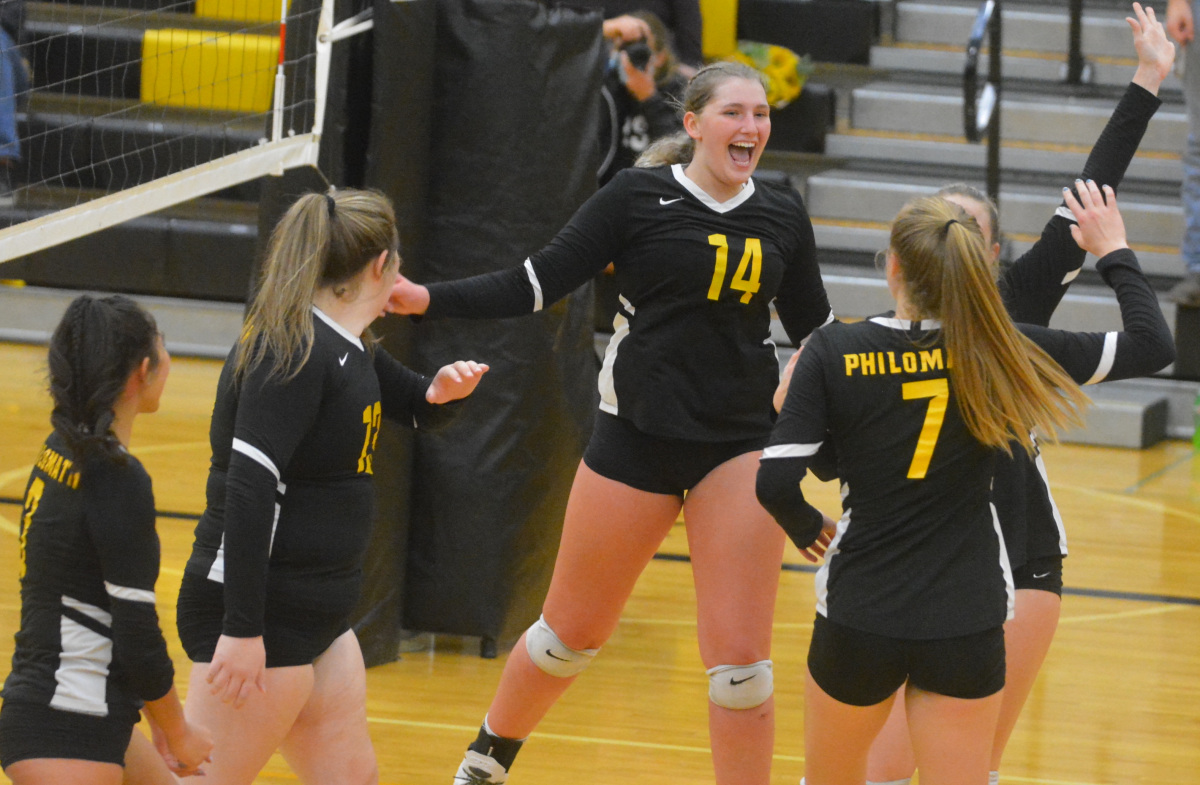 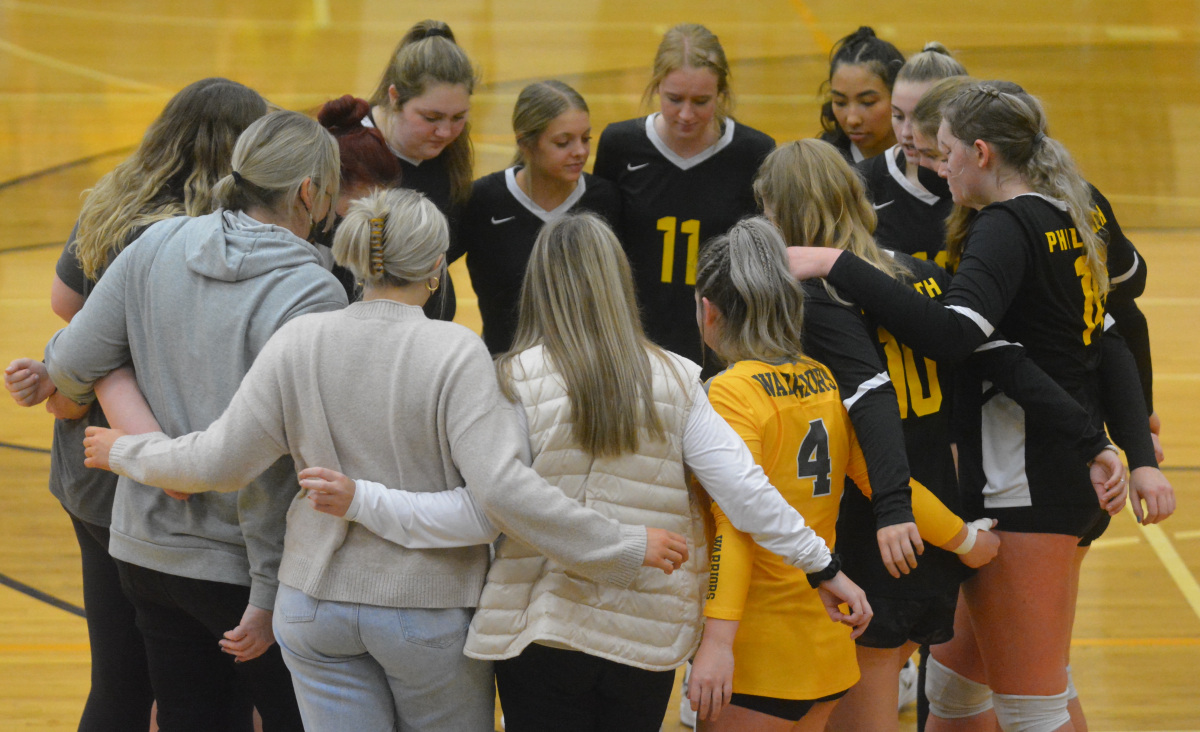