Philomath has to settle for girls soccer tie against Woodburn

Despite the game remaining scoreless through the first 40 minutes, Woodburn appeared to have momentum heading in at the break in a key Oregon West Conference girls soccer showdown on Thursday afternoon.

The Bulldogs had more shots on goal in the first half and appeared to be winning possession the majority of the time. With the way play had been unfolding, it seemed like it might only be a matter of time before Woodburn slipped one in.

Instead, Philomath came out in the second half and responded with halftime adjustments that created more offensive opportunities. Midway through the half with visions of a scoreless tie possibly in the cards, sophomore Bailey Bell finished with an effective cross from sophomore teammate Kamilla Grimmer.

“It was just a great ball by Kamilla and I was in the right spot and able to get it in,” Bell said.

Six minutes later in the game’s 65th minute, Woodburn tied the score on a penalty kick. The game ended in a 1-1 tie.

“We talked about mindset and just getting forward a little bit more — our defenders taking on more of the load so we could push our midfielders up a little bit more and I think that helped,” PHS coach Mat Phelps said about those halftime adjustments.

Bell said it came down to the team just needing to relax.

“We tried to settle down and play less frantic … just settle into our game plan and work on things we need to work on,” Bell said. “It was a lot better in the second half.”

Philomath junior goalkeeper Hailie Couture stood up to the challenge during live play with several saves against the Bulldogs.

Woodburn’s penalty kick opportunity in such a tight, low-scoring game was especially excruciating. First, the Bulldogs got the chance for a PK because of a ball that hit a Philomath player in the arm. A handball penalty was called.

On the PK, Woodburn captain Myranda Marquez took the shot and Couture had a bead on it, diving slightly to her right. Couture got her hands on the ball but it had enough juice to slip through and the Bulldogs could celebrate.

Couture has proven to be one of the top goalkeepers in the league this season with five shutouts. 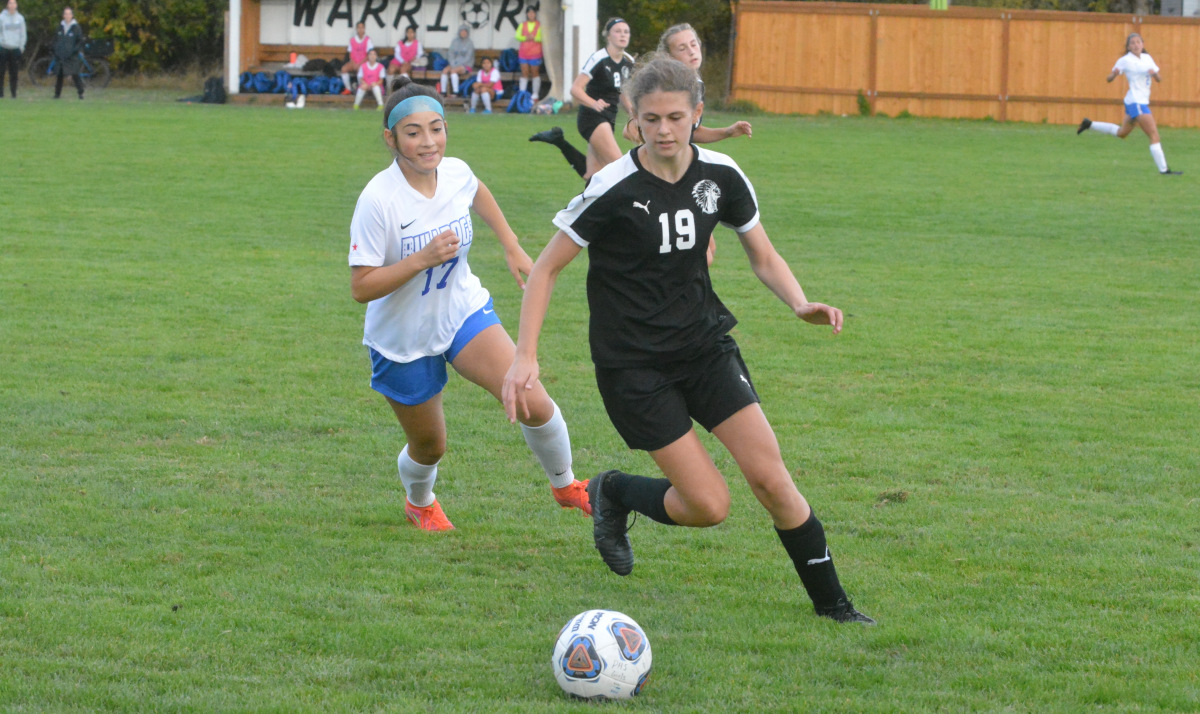 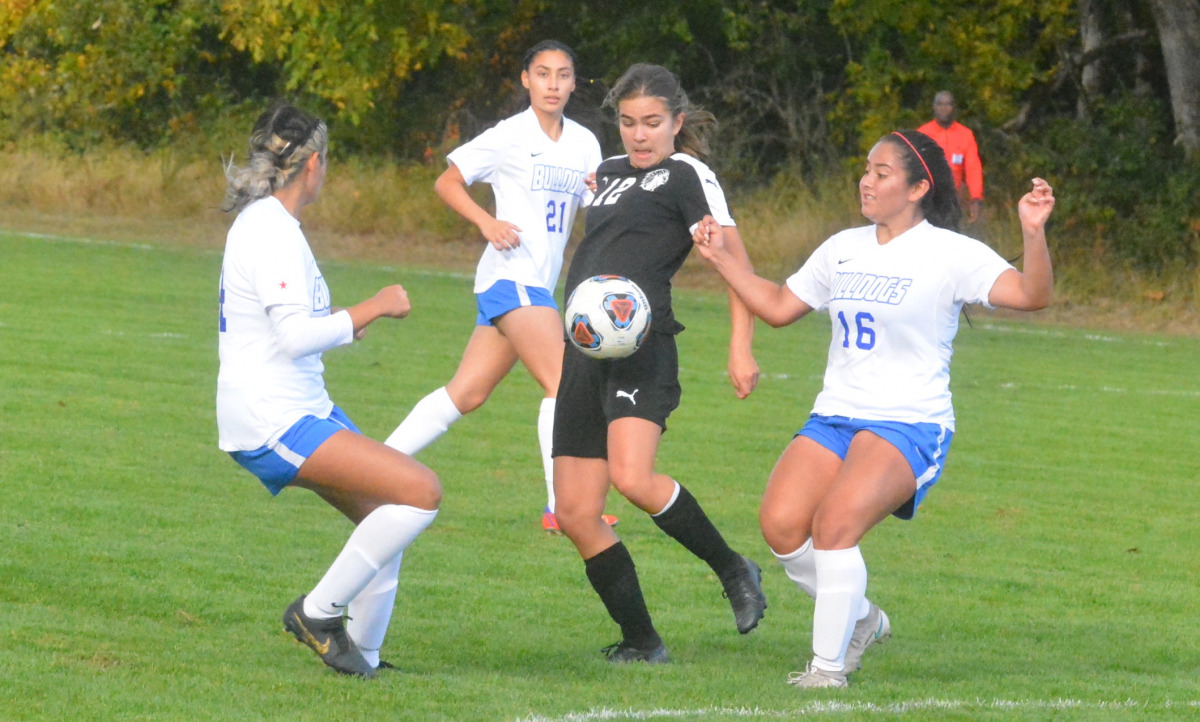 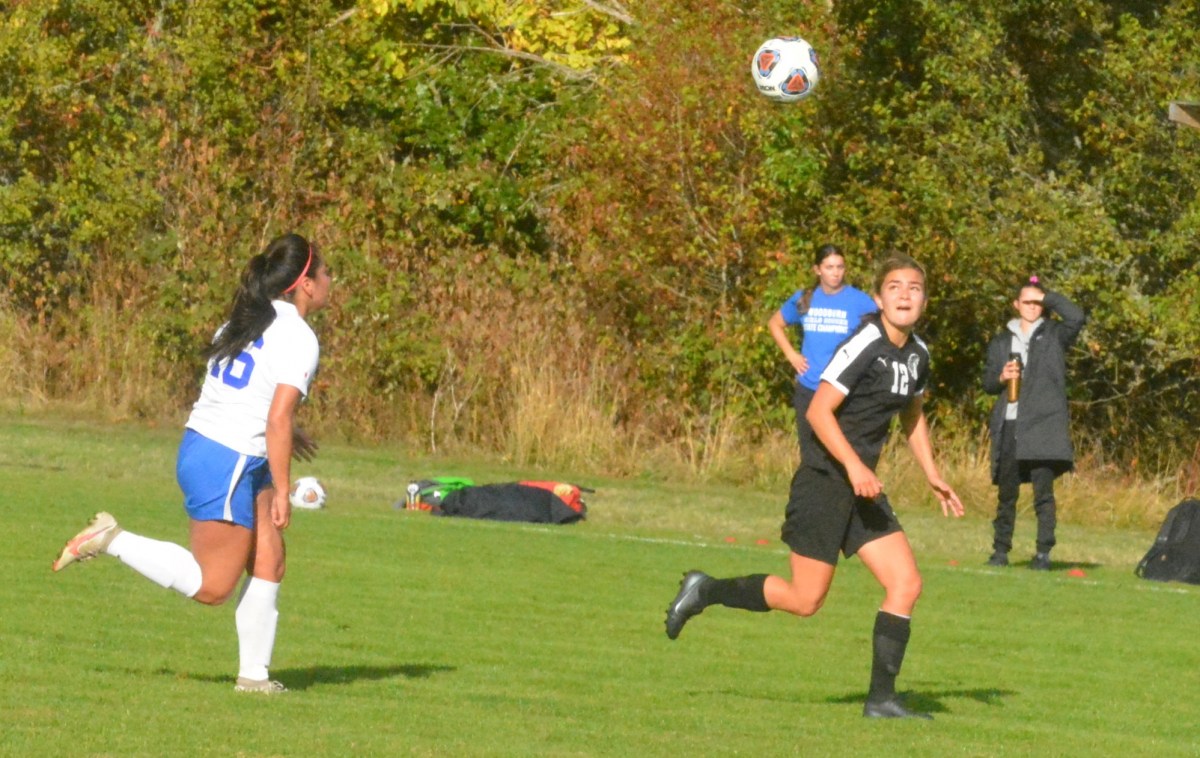 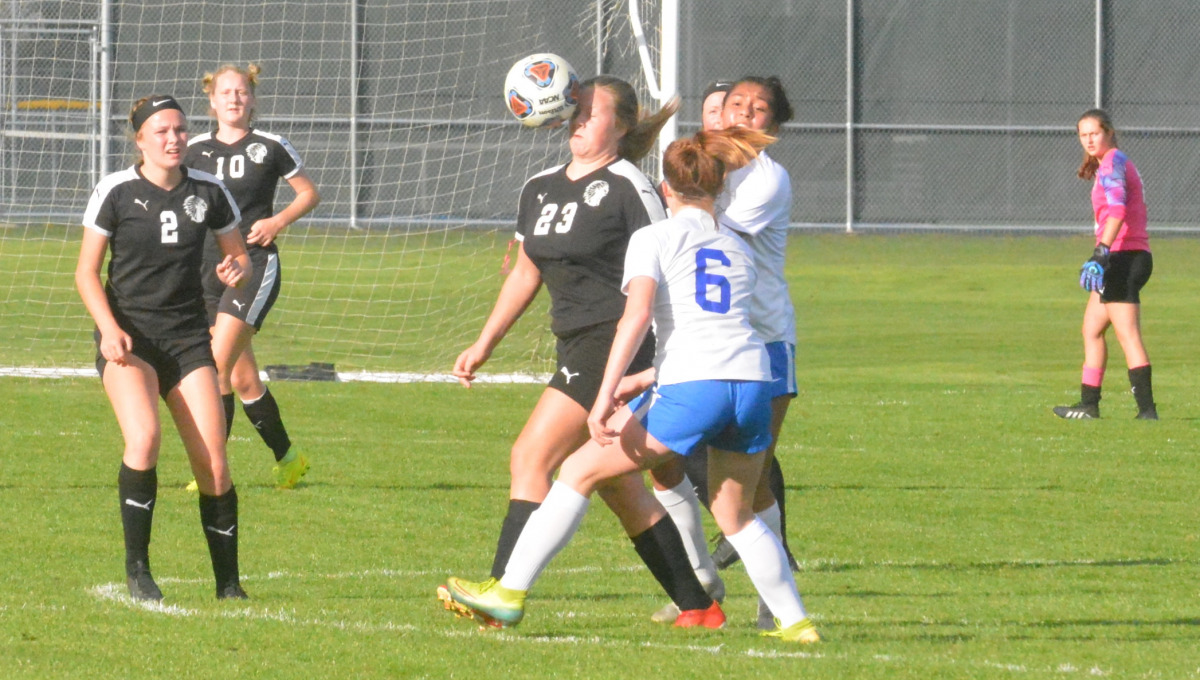 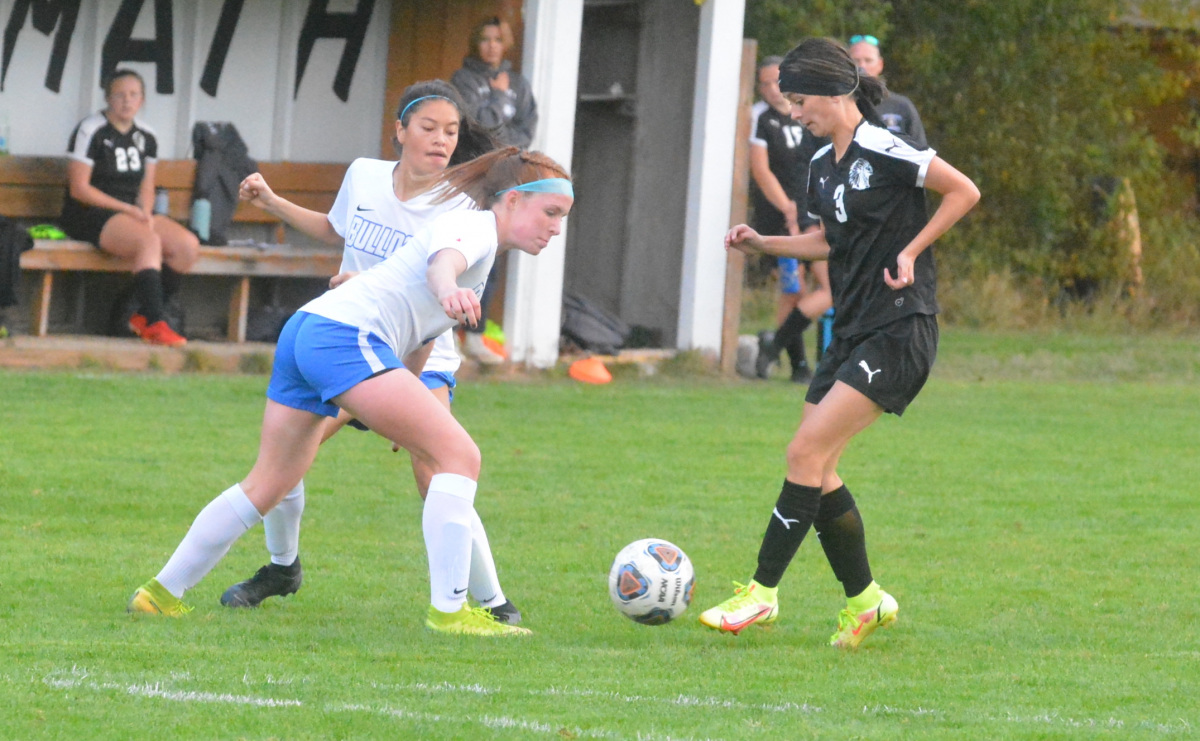 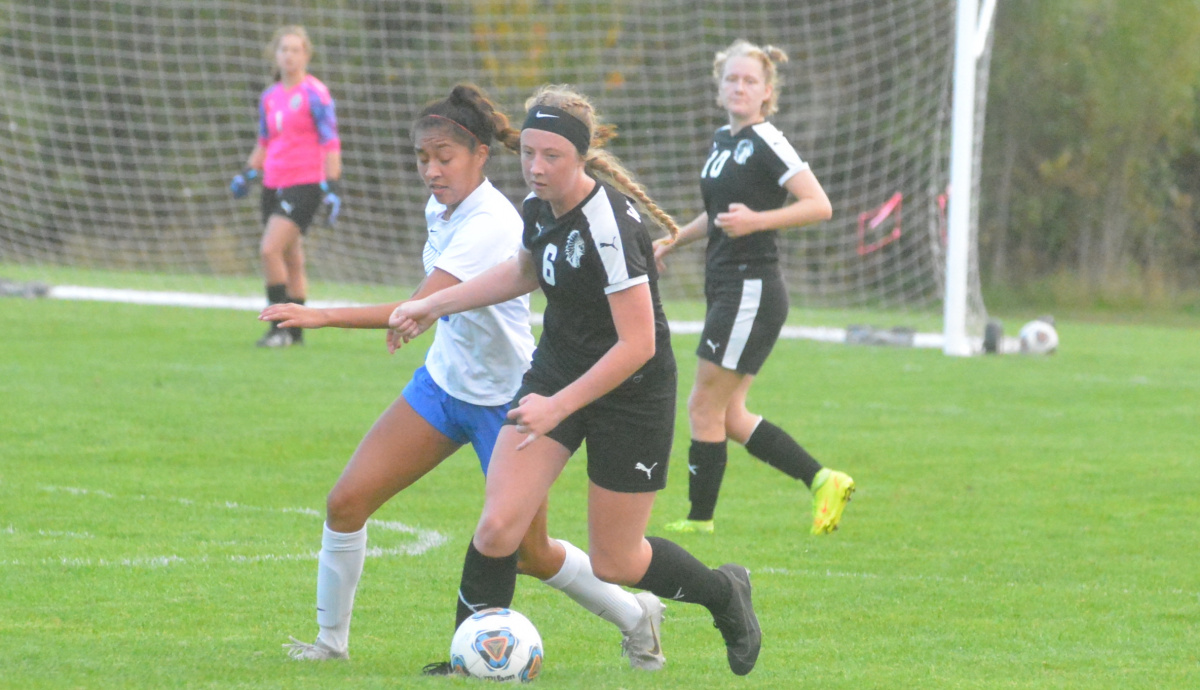 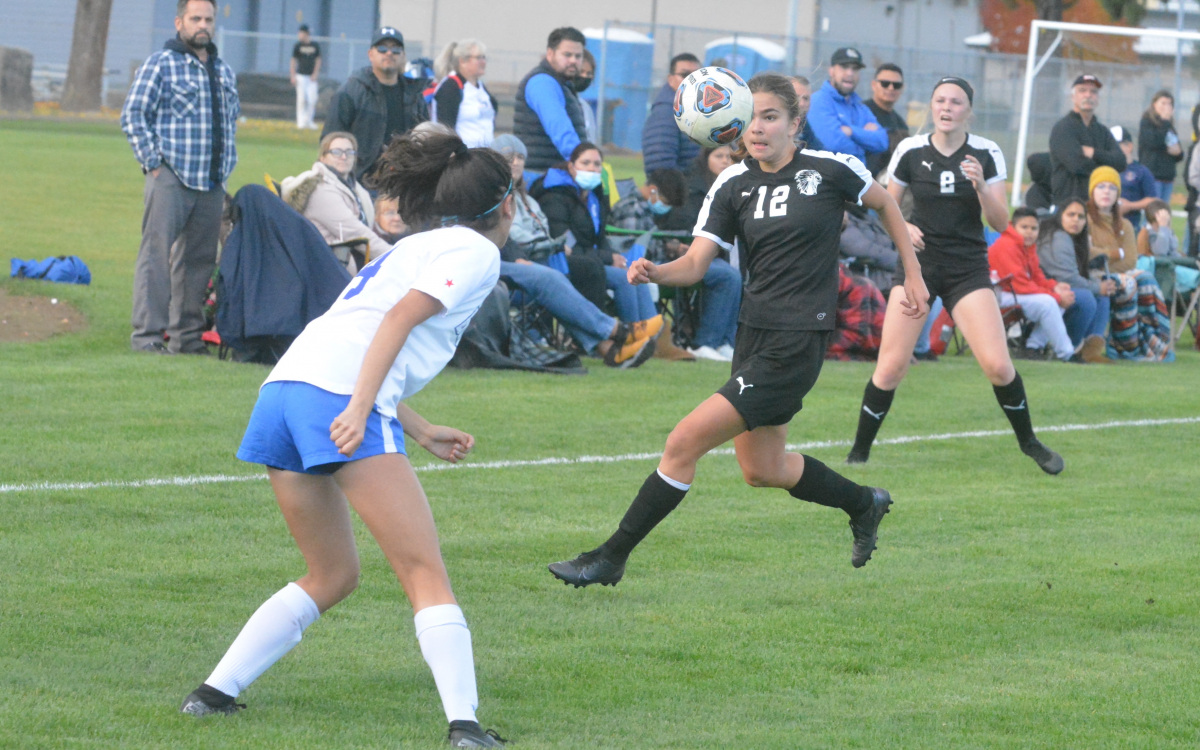 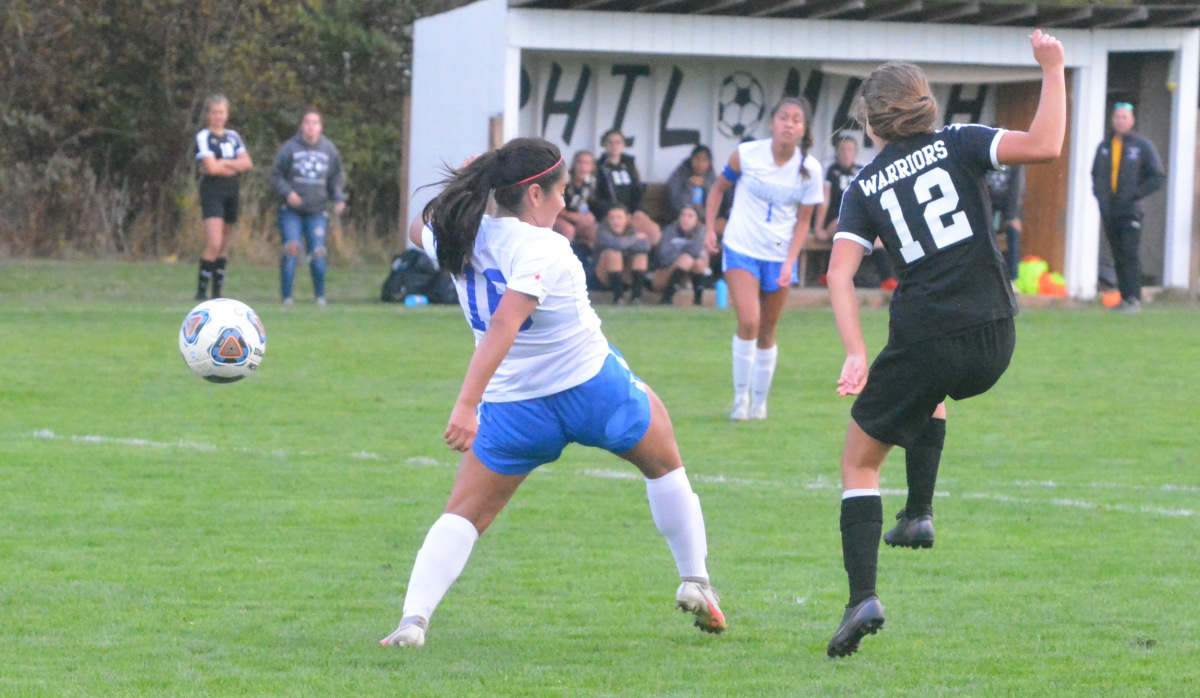 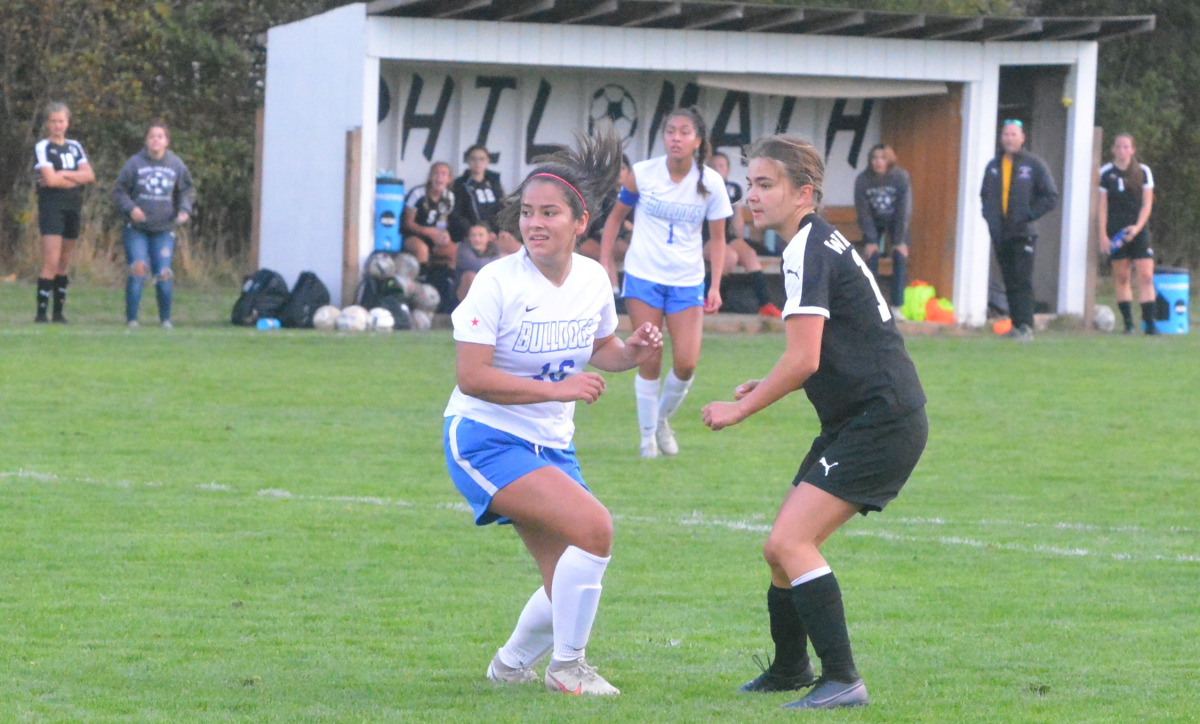 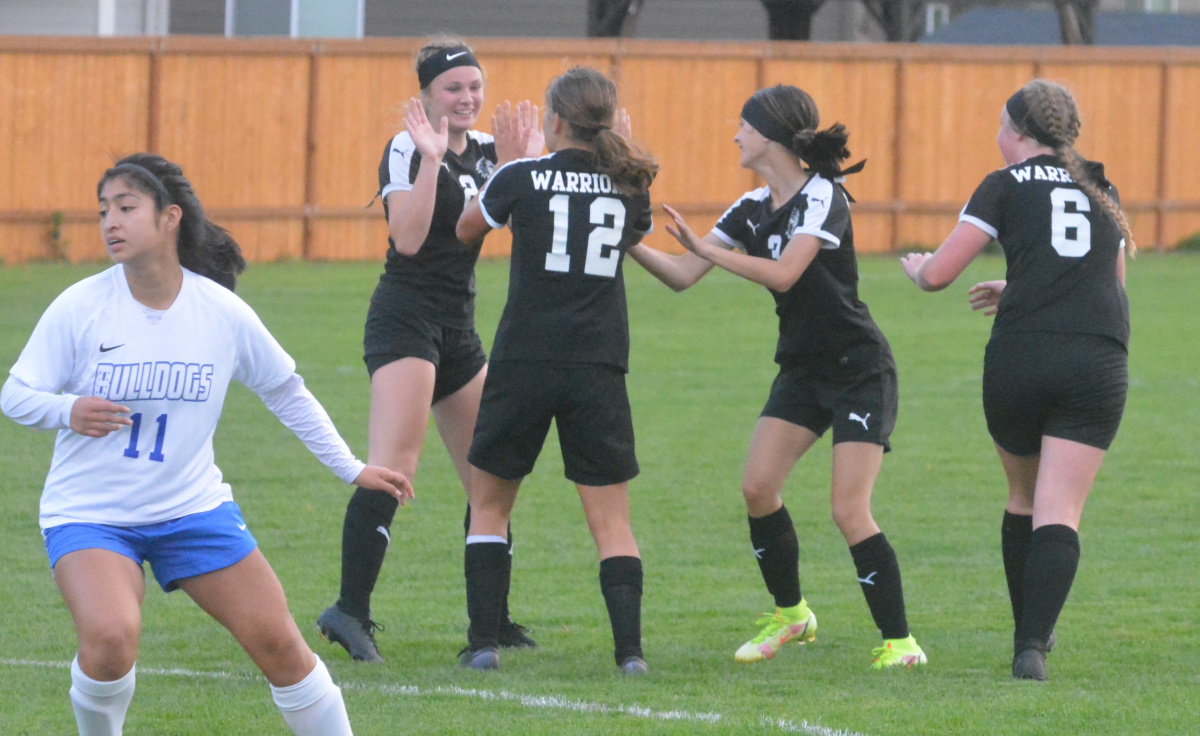 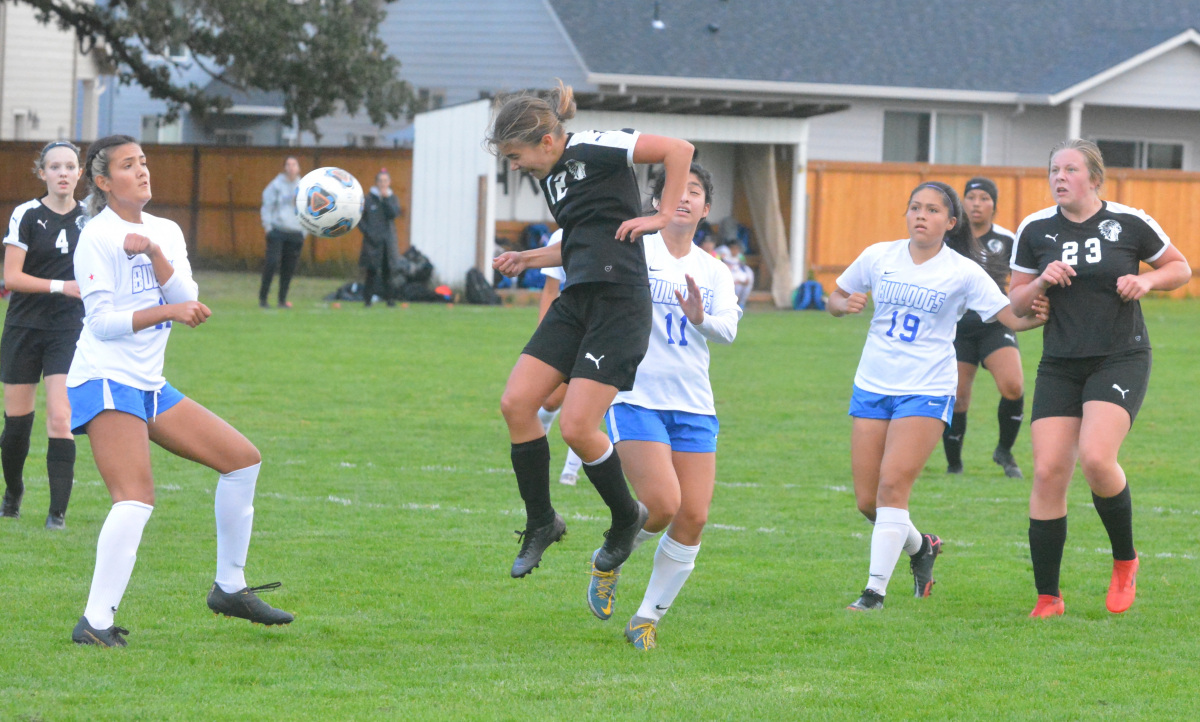 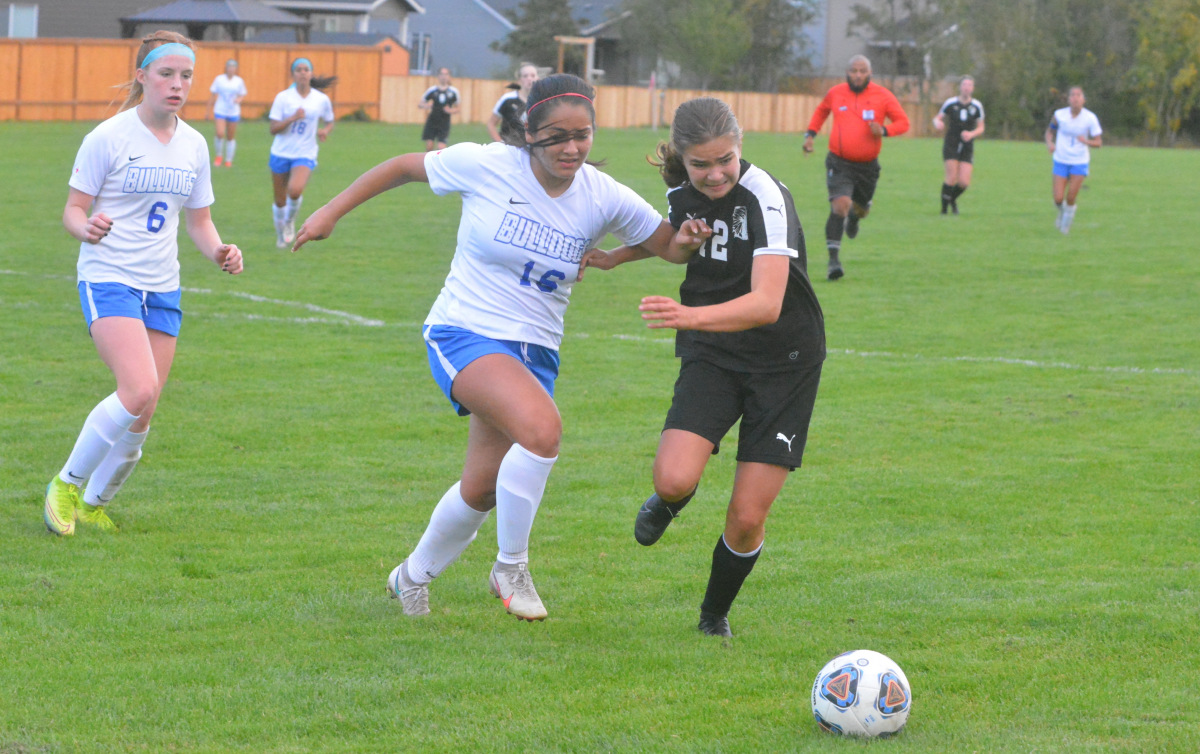 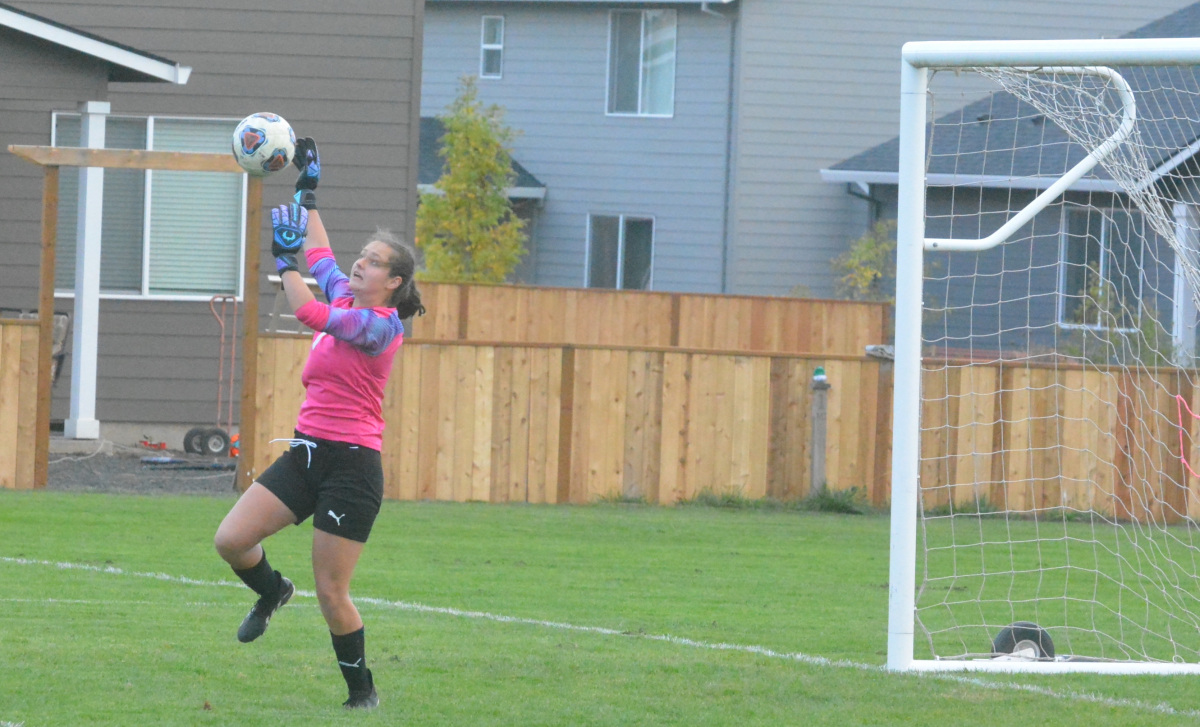 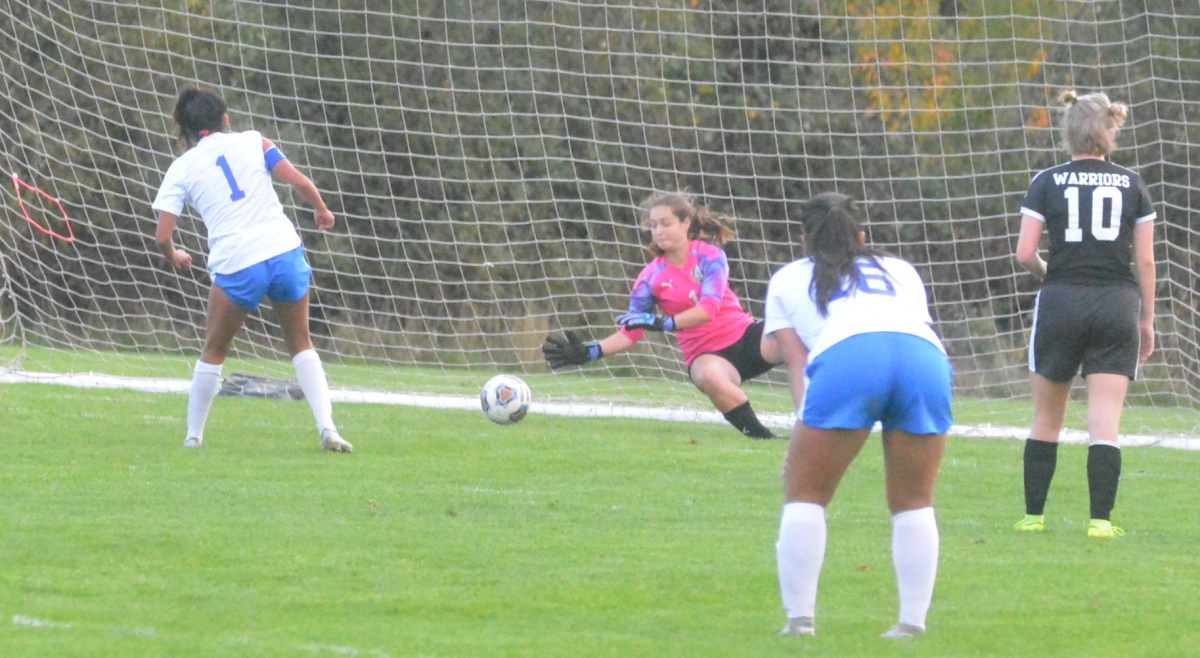 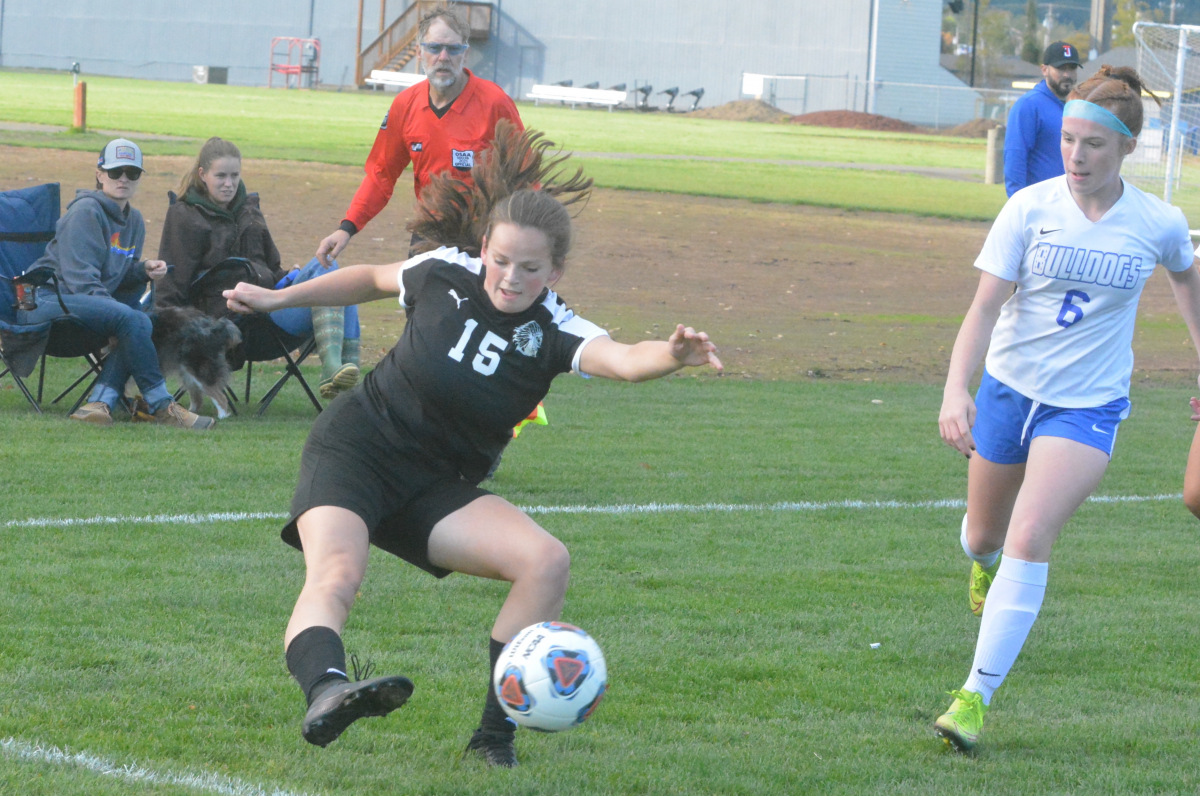 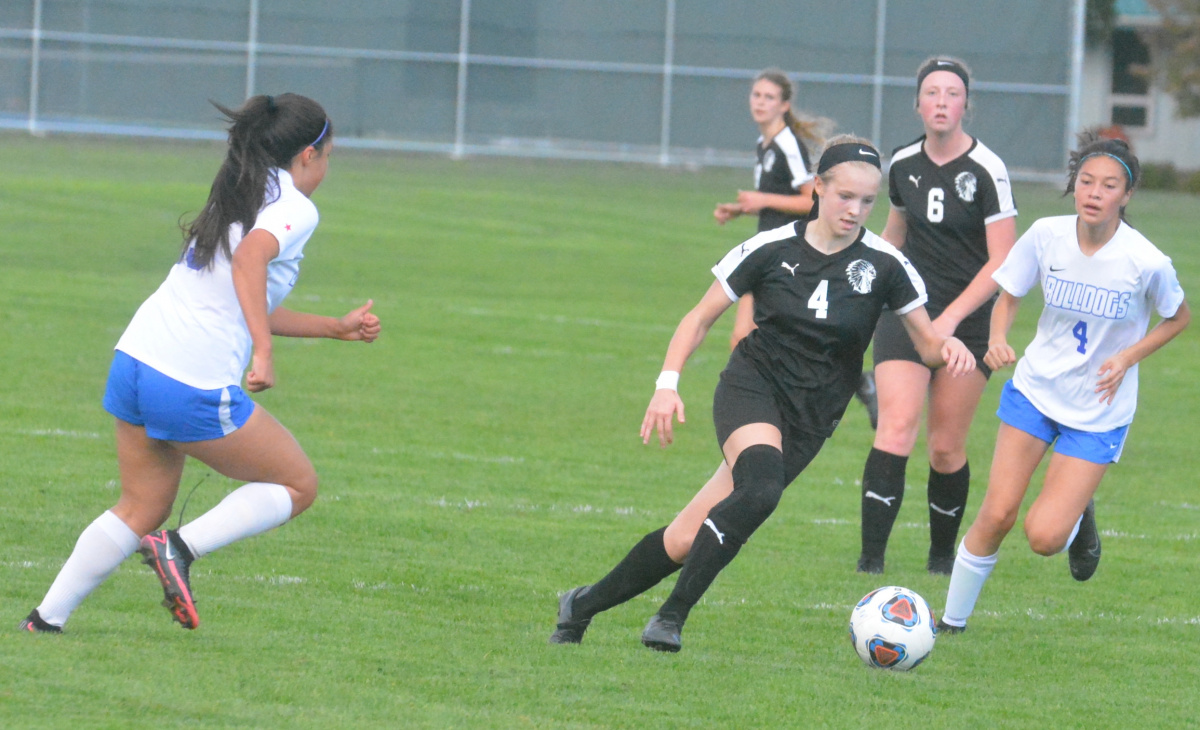 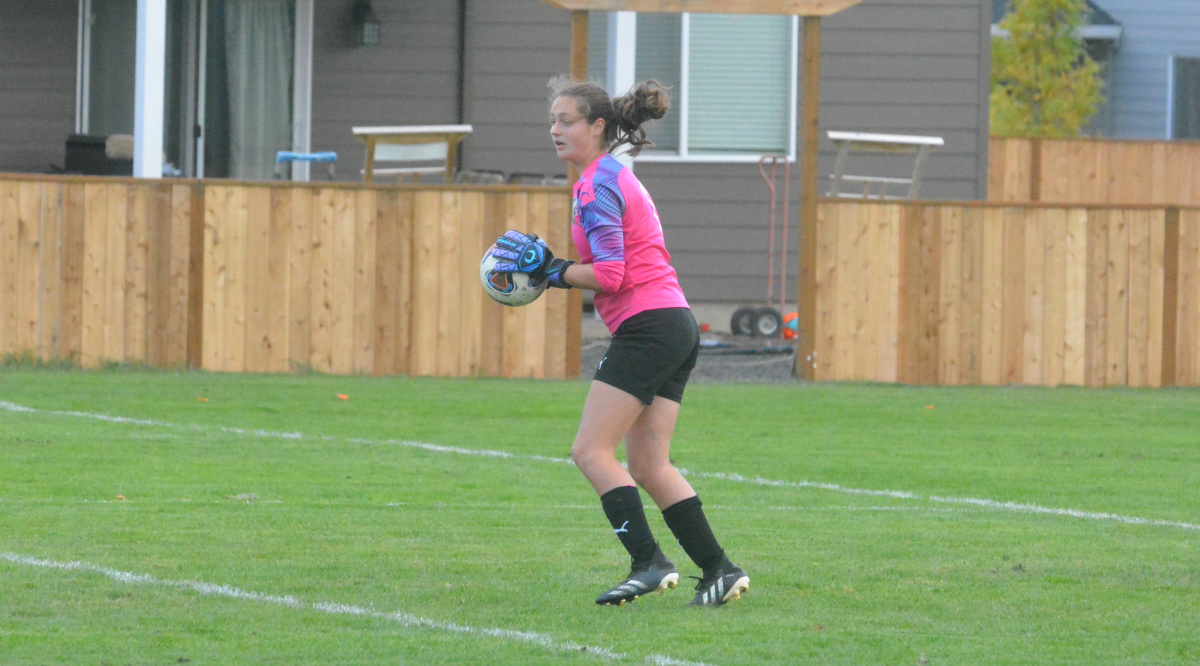 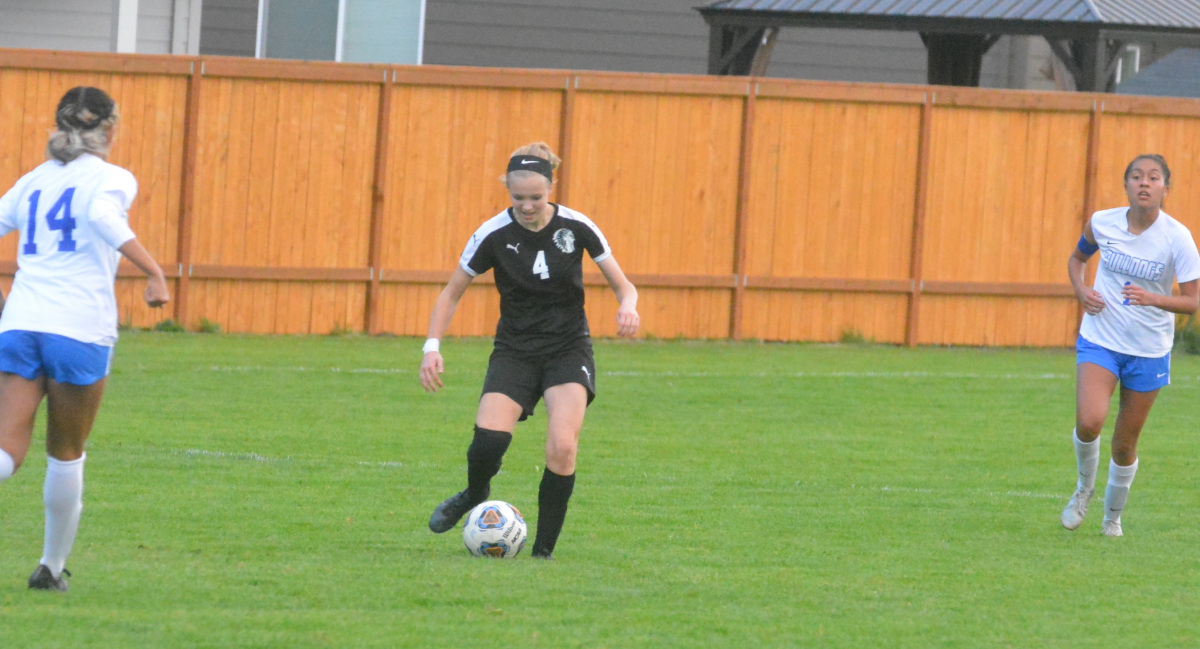 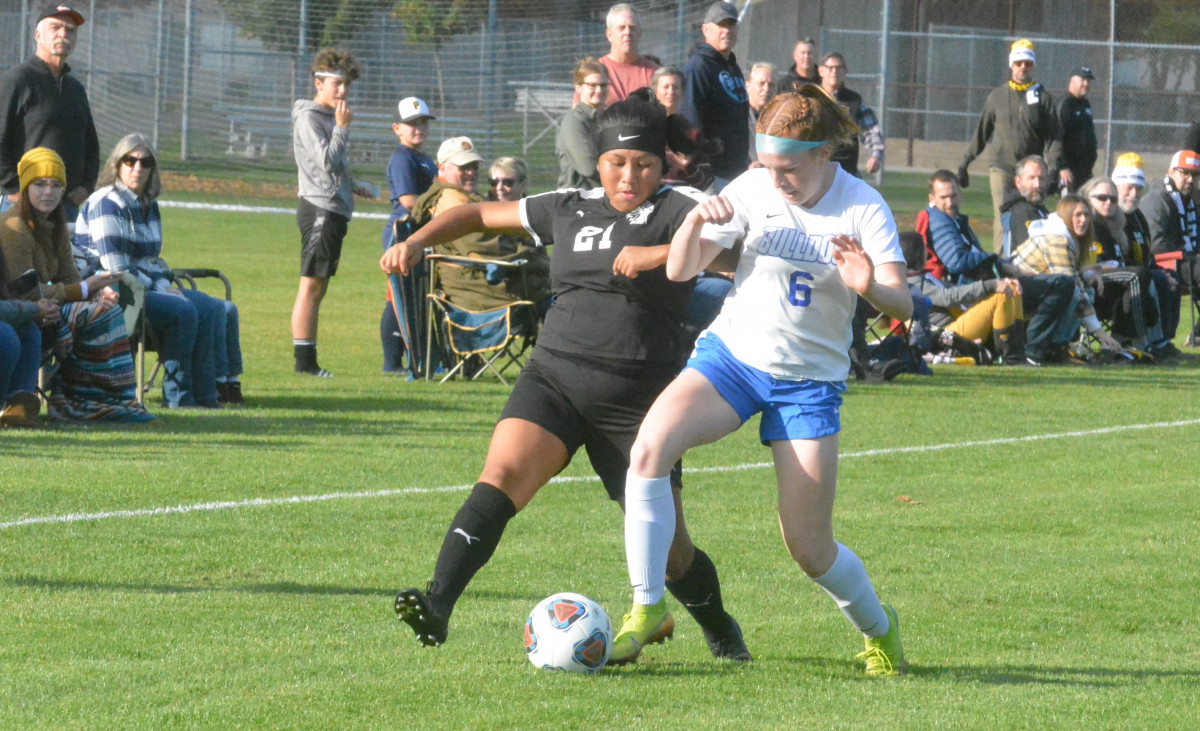 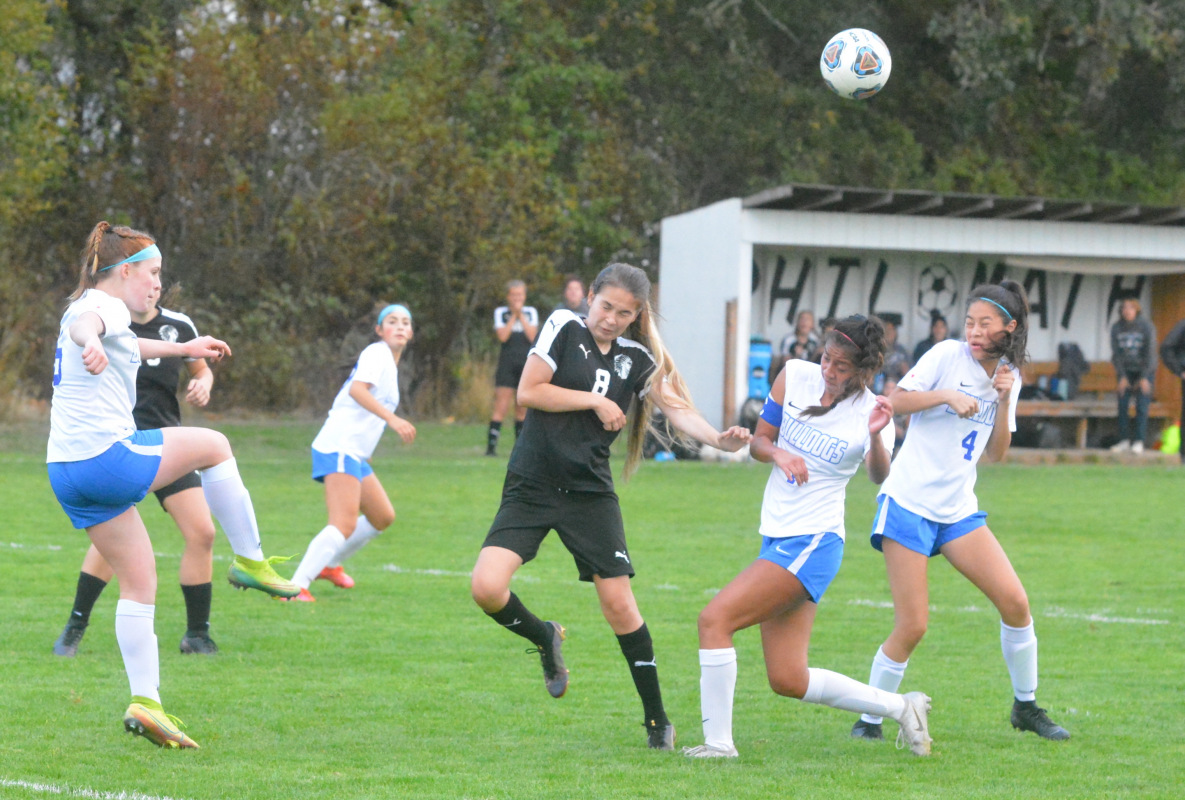 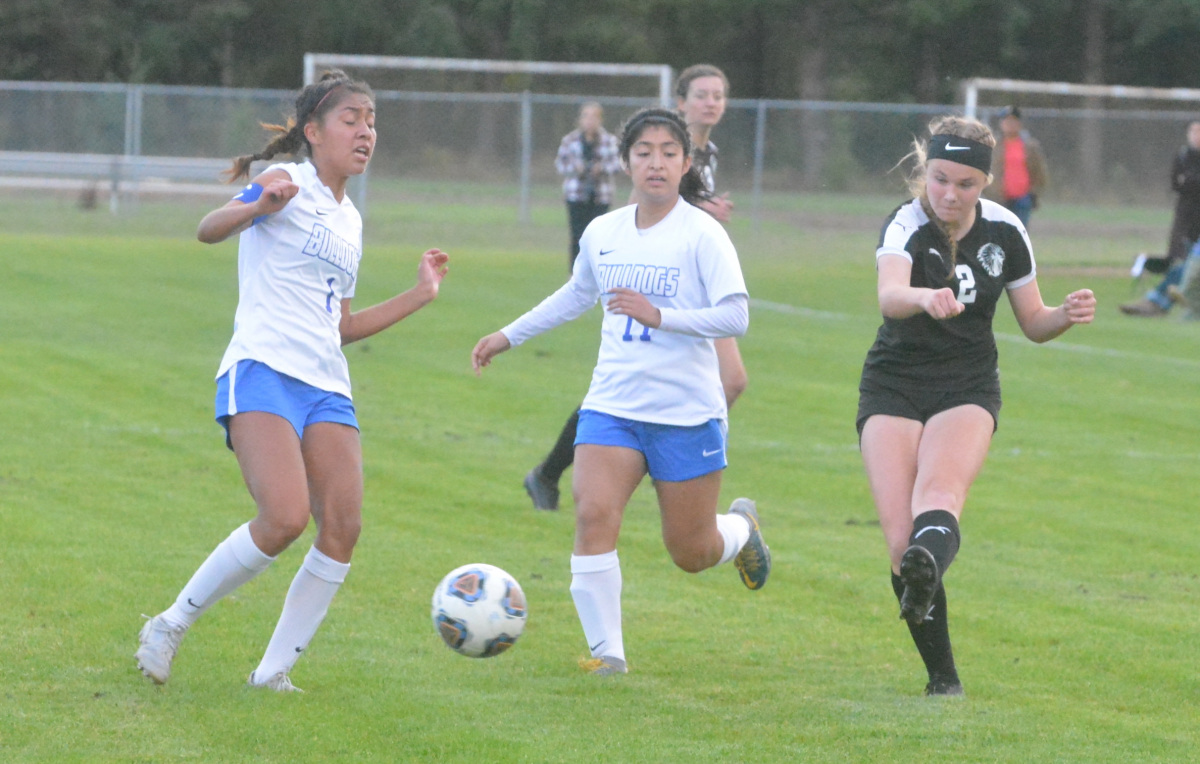 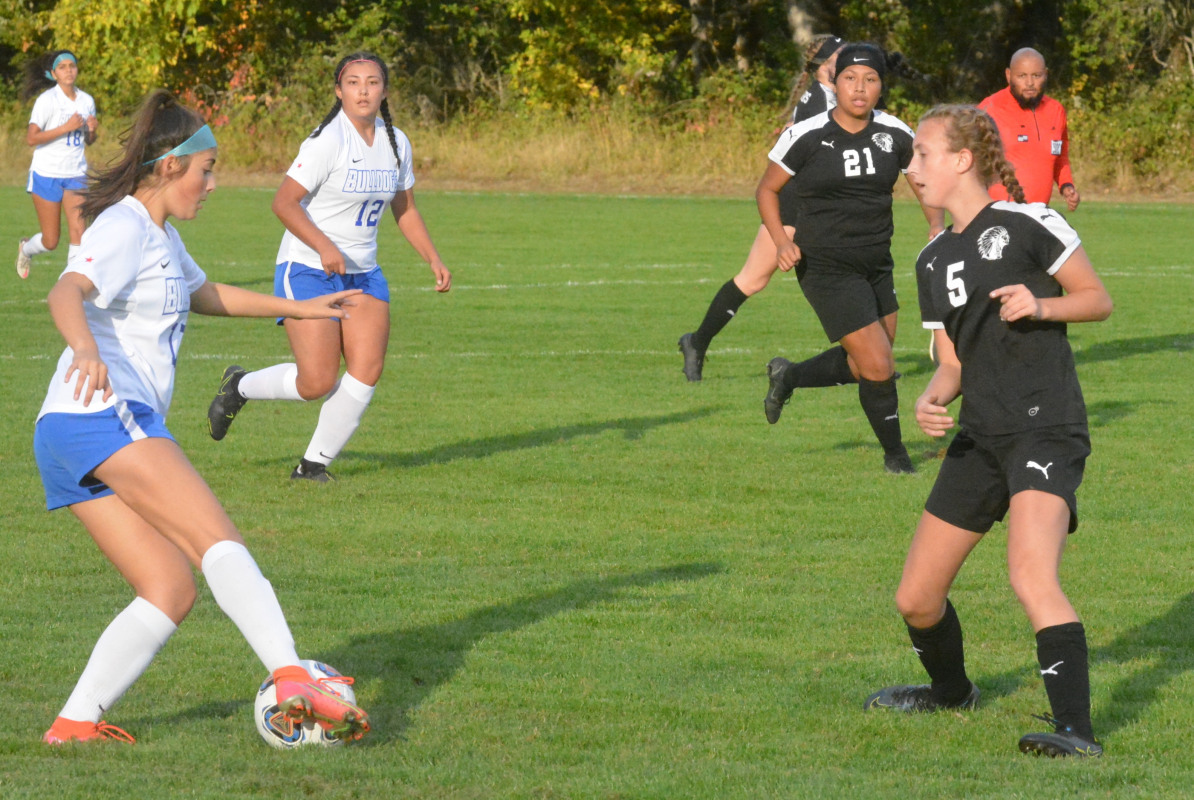 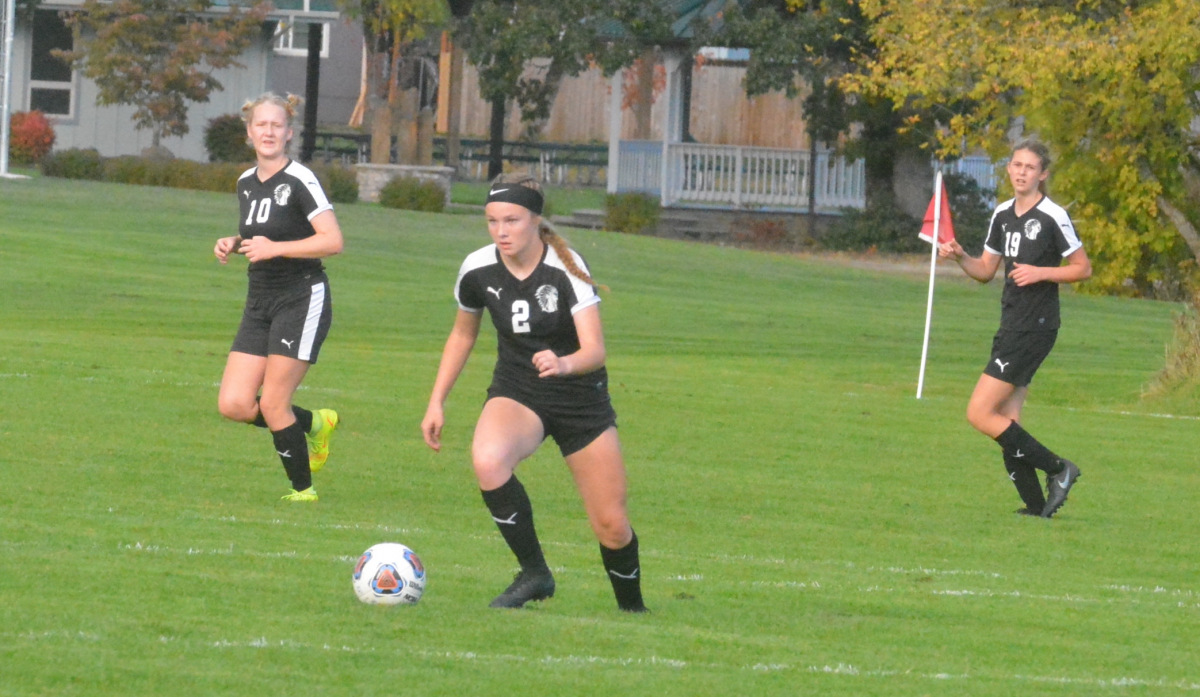 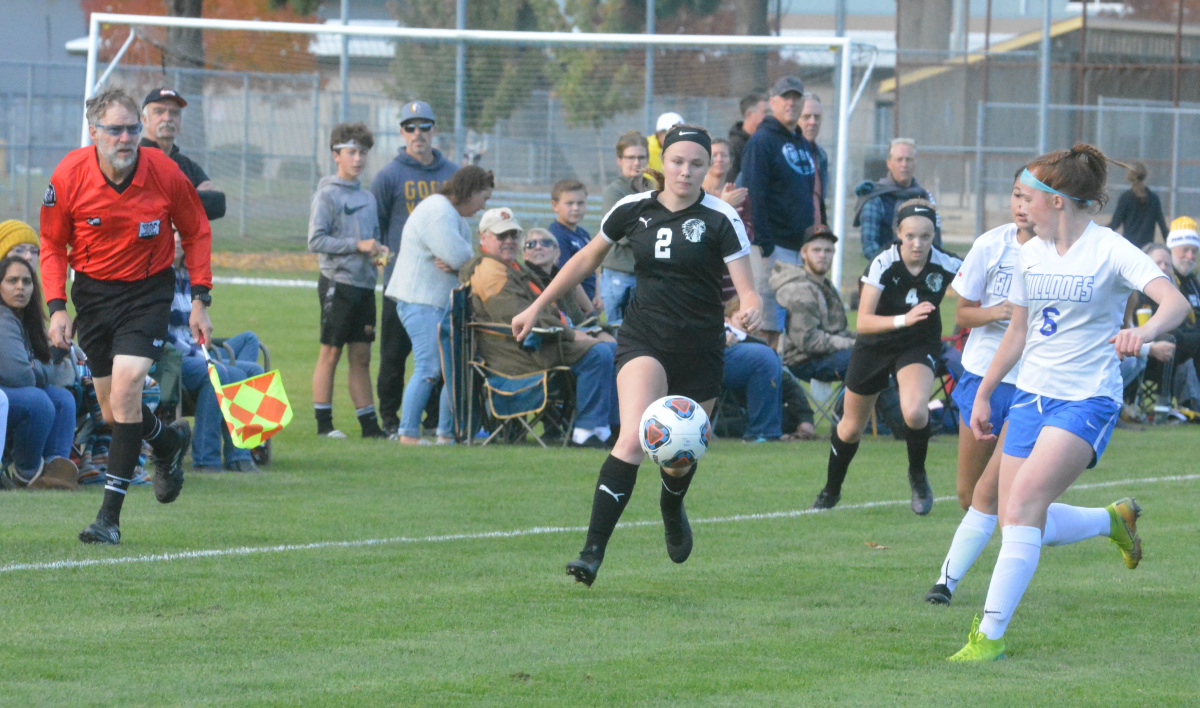 “All season long, any time she’s been tested she’s been up to it … she’s a great goalkeeper,” Phelps said. “We know we can trust her back there no matter what the situation is and she almost had that penalty (kick), it was close.”

Philomath and Woodburn remain tied atop the Oregon West Conference standings with 6-0-3 records. The two teams also played to a 1-1 tie in their first meeting on Sept. 21. And both teams have ties against Sisters on their record. The Outlaws, however, dropped a 2-0 shocker to Cascade on the road and are sitting in third.

Both Philomath (7-1-3) and Woodburn (6-0-4) have games remaining against Sisters, so there is still a bit of soccer to play to see how the final standings shake out.

“We’ll keep working in practice and improving,” Couture said. “I think we have a couple of things we can improve but how we’re playing right now, we’re one of the top teams in the state and we can compete with any other team.”

Philomath takes a week off from competition before hosting Sisters on Oct. 21, a matchup that will factor into determining the league champion.

Conference Standings
(As of Oct. 14)