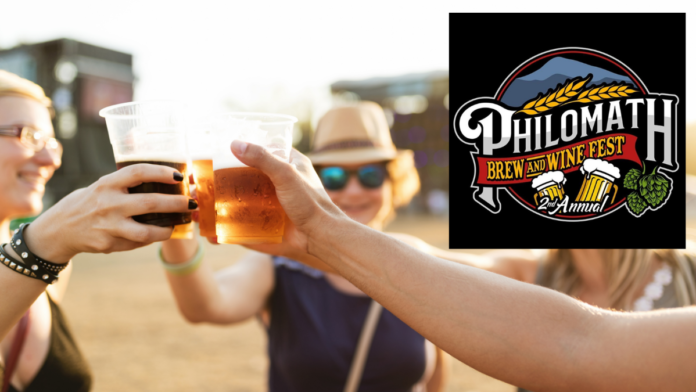 A cold one in the beer garden at the rodeo grounds just might be the answer on how to spend a hot Saturday in Philomath. That’s what organizers of the Philomath Brew & Wine Fest are hoping with the second version of its fundraising event.

Organizer KC Pyle has confidence that folks will come out and support the event.

“Based on other events I’ve been to so far this year, we’re looking to double our numbers from the first year,” he said. “We had roughly 300 the first year and I think I’m being conservative with this but we’re estimating 700.”

The Philomath Brew & Wine Fest will run from 2-8 p.m. Saturday in the Yew Wood Corral and Beer Garden located in the rodeo grounds area of Skirvin Park. Tickets are $20 per person and include a tasting glass and four drink tokens. Additional tokens can be purchased for $2 each. For those not drinking alcohol, the admission is $10 per person.

“We concentrated mainly on local but we do have a couple that are a little out of the area,” Pyle said, referring to vendors from Bend and Yachats. “We’ve also got some local vendors that are not alcohol related. I reached out to local people that sell crafts and whatever just to make it more of a family-friendly event.”

Two bands will take to the stage with DRTR playing for the first few hours to be followed by the 8 Balls Band. DRTR, which performed at a Dirt Road Brewing street party in early July, plays primarily blues but also mixes in other genres. 8 Balls Band, which also made an appearance this summer in Philomath at Music in the Park, plays classic rock.

Pyle said that although there are several alcohol vendors participating, the pandemic has created a situation with many of them struggling to have enough employees to even maintain their on-site operations. Still, there won’t be quite as many alcohol vendors as 2019.

As a result, the event’s two main sponsors will also be selling beer (Vinwood Taphouse) and cocktails (Marcotte Distillery) “just to make up for the lack of other beer vendors that are there,” Pyle explained.

The inaugural event was staged in an area behind the rodeo arena but it’s being moved into the Frolic’s expanded beer garden area.

“It provides a little more shade,” Pyle said. “It’ll bring the band more into play with the overall event because they’ll kind of be in the center.”

The shade will be welcomed with hot temperatures in the forecast for this weekend. Misting stations will also be put up, Pyle added.

The Philomath Brew & Wine Fest made its debut in 2019 to raise money for Philomath Frolic & Rodeo capital improvement projects. The festival continues to serve that purpose but organizers decided to choose another organization to receive a portion of the funds.

This year’s recipient will be the Willamette Valley First Responder Chaplains, an organization that provides chaplaincy support and services to a wide range of emergency responders from law enforcement to hospital staff.

Pyle said he became acquainted with WVFRC Executive Director Dean Aithwaite through his son, who works as a deputy sheriff in Linn County.

“The first time around, we had quite a following of county deputies from both Benton and Linn county and so it just seemed like a perfect fit with what these people provide,” Pyle said. “And it’s not just for first responders, they also provide some counseling-type things when bad things happen out in the community.”

Pyle said he borrowed the idea of adding other organizations from a similar festival in Lebanon, which is organized by a good friend.

“They’ve really built quite the following with theirs and that’s been kind of their model — add one beneficiary each year and you just multiply the number of people who have an interest in supporting it,” he said.

Pyle said he got a lot of help organizing this year’s event from his son, Colin Pyle, and next-door neighbor, Jay McMullen.