Confessions of a 50-Something Dad: The resolution 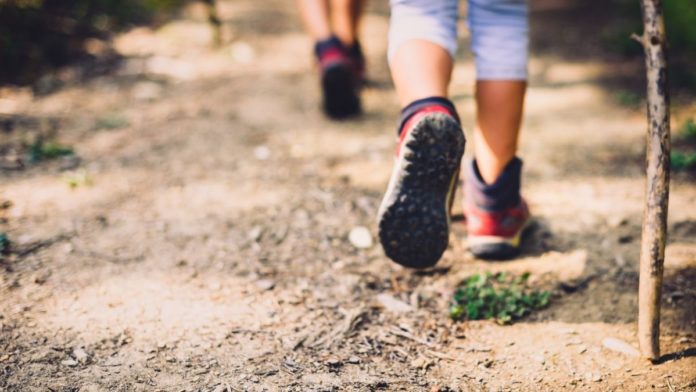 New Year’s Day marks the beginning of another attempt to lose weight and get in better shape. For a 50-something dad who would like to avoid major health problems in the coming years, it’s a priority.

I’d like to go outside and play catch with my sons without pulling a muscle. I’d like to be able to go on a long hike at Silver Falls, carrying a young son on my shoulders if the need should arise. I’d like to see my children grow up with healthy diets while avoiding obesity and not fall into the poor habits that I developed dating back to childhood.

I’ve been trying to lose weight for 20 years. It may be difficult for you to believe this, but I was a 150-pound sprinter on my high school track team, good enough to qualify for the state meet and earn a medal.

At around age 27, long hours at work started to take a toll on my physical activities. Playing softball and tennis was replaced with bowling and the beer-drinking that goes along with it. I moved into editor positions, which meant more time at a desk and eating fast food on the run. A sedentary lifestyle started to take root. By age 30, the first real weight gain occurred.

The closest breakthrough I had occurred while living at the Grand Canyon. I put myself on a reasonable diet and for exercise, would hike down the Bright Angel Trail on the South Rim for 30 minutes and then turn around and come back. It became a competition within myself to see how far I could go in that half-hour before heading back up.

But then life changes occurred and the weight returned. It’s been a battle ever since with various diets and strategies with exercise. Now as a 50-something dad who launched a business, it’s more difficult than ever with strains on my free time and a metabolism that has made it more of a challenge to drop pounds.

As New Year’s Day approached, I tried to get rid of the “bad food” in the house — and believe me, there was plenty of it with the after-effects of Christmas. On New Year’s morning, I weighed myself, put on my Fitbit and started a diet that focuses on the elimination of bad carbs and binge eating along with intermittent fasting. The exercise regimen is simple at this point — just walk 10,000 steps per day.

Last year, I lost a good amount of weight over the first quarter of the year and it felt good. But I fell off the wagon one night and I never completely could get myself mentally back into that place. Now as I try to get up off the floor after playing with the kids, believe me, I can feel it. The back pain, the occasional leg cramps serve as a motivation, a reminder that I need to win this battle.

I’m guessing there are a lot of folks out there in a similar situation — perhaps not with young children they’re trying to keep up with but simply trying to improve health by moving the needle on their BMI. The “western diet” and modern-world conveniences have taken a toll on a lot of us.

So, I’ll stay the course, focus on good food and get in my steps. Hopefully, this will be the time that I get down to my goal weight and then maintain … while playing catch, going on hikes and participating in my sons’ active childhoods.