CORVALLIS — After 18 years, the principal players involved with the establishment of the Corvallis-to-the-Sea Trail and everybody else who lended a hand in some way over the years could enjoy a dedication event to mark its official opening.

“Eighteen years later and over 50,000 hours of tossing about ideas, exploring the coast range for trail routes, working with private landowners and government bodies, fundraising, and eventually trail building and maintenance, brings us to where we are today,” said Gary Chapman, president of the C2C Trail Partnership’s board of directors.

A segment of the trail runs right through Philomath and local officials, organizations and various volunteers all did their part to help make the trail a reality. City councilors Catherine Biscoe and Teresa Nielson were among those in attendance.

“I think it’s an amazing accomplishment when you look at the history of what was shared today,” Biscoe said following the program.

Biscoe didn’t know much about the C2C Trail effort until the conversation came up within the last year or so but she expressed appreciation for all of the hard work and partnerships that obviously went into the project. She plans to take advantage of the opportunity to access small segments of the 60-mile route.

“Definitely not going for the 60 miles first round but I love just looking at the map,” Biscoe said. “The map is fantastic, it’s very comprehensive and it shows all of the stop points, the rest points and the kiosks that are out there. So when you look at access points, you can take your pick.”

“It’s evidence of what can be accomplished when people band together with a common goal,” Nielson said, also commenting on Chapman’s impressive determination. “I think for us, it’s inspirational because we all, I think, as community members have a vision of what we’d like to accomplish, what we’d like to see Philomath become.

“It takes many hands but with determination to see this come to fruition, it’s just a wonderful thing,” she added. “I’m very glad to be a part of it and I’ll be doing a little hiking.”

The route proceeds through town down Applegate and beyond the couplet on the west end, passing the fenced area at the Georgia Pacific mill near the Highway 20 and 34 intersection. Hikers and cyclists turn north along the Highway 34 shoulder and then go west again when reaching Old Peak Road.

The opening hiking section that runs from the confluence of the Marys and Willamette rivers in Shawala Point Park to Old Peak Road covers 9 miles.

An alternate starting point for the trail begins at the Benton County Fairgrounds on 53rd Street and Reservoir Road in Corvallis. Hikers can head south down 53rd to hook up with the path near the intersection with Philomath Boulevard. This alternate route covers 7 miles.

Cyclists have the option of heading down Reservoir Road, which turns into West Hills Road and then North 19th Street going into town.

Nielson said she believes Philomath’s citizens see trails and green spaces as a priority when it comes to future planning.

A program that lasted nearly 60 minutes on Saturday afternoon featured comments from several of key contributors in the trail’s establishment, including Chapman, who provided interesting historical background information on efforts to build a trail from Corvallis to the coast.

In 2003, Jerry Davis, Benton County parks director, organized a meeting for a “Corvallis to the sea” trail discussion and out of that gathering, a citizen group was formed that would evolve into the C2C Trail Partnership nonprofit organization.

Davis, who retired in 2006 after 20 years as the county parks director, was also among the speakers and he identified several individuals that he characterized as “community champions” in the trail effort along with others who had an impact.

Marc G. Vomocil, vice president of acquisitions and real assets for Starker Forests, contributed comments of congratulations and expressed his company’s pride at being one of the early landowners to come on board with the concept. Starker Forests was among those thanked for their cooperation, a list that also included the city of Philomath. 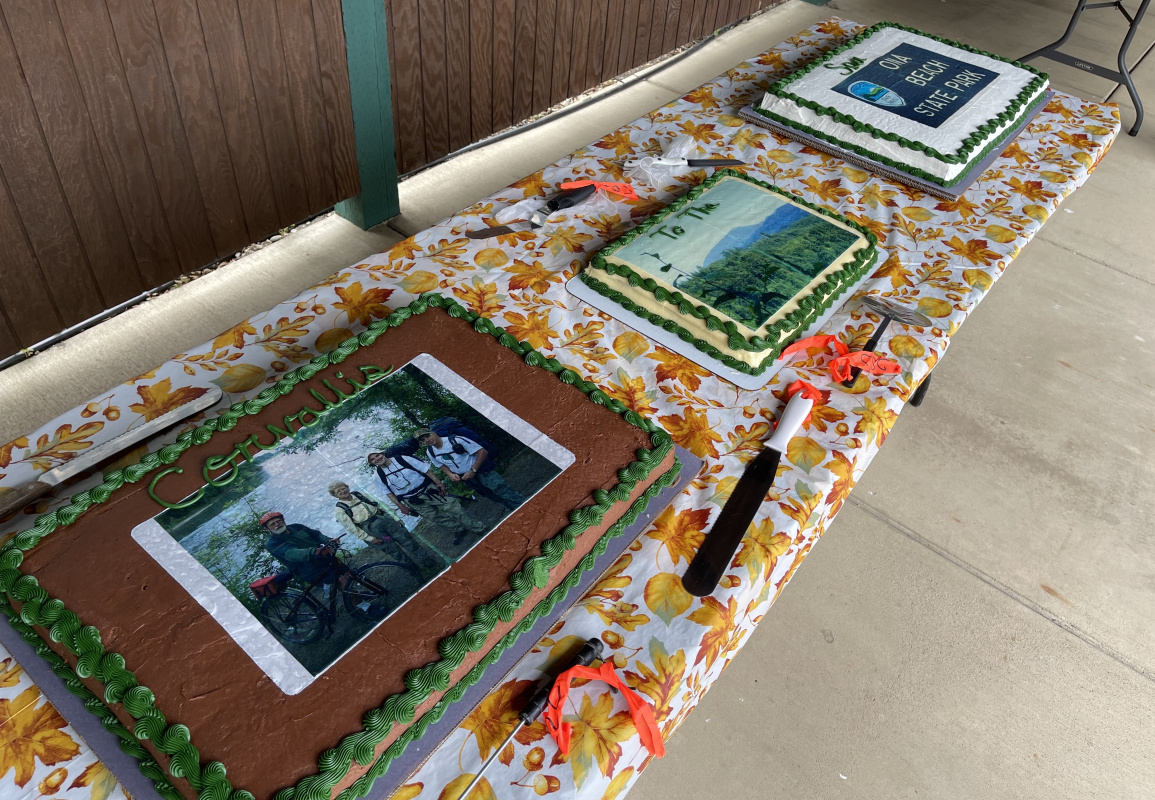 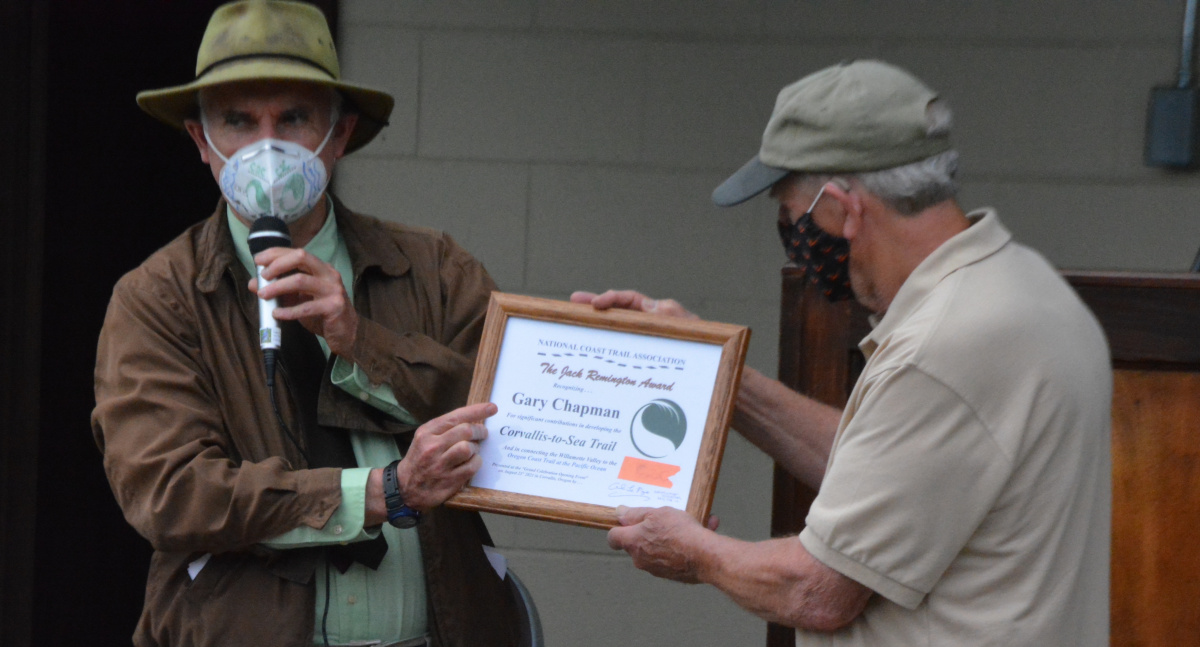 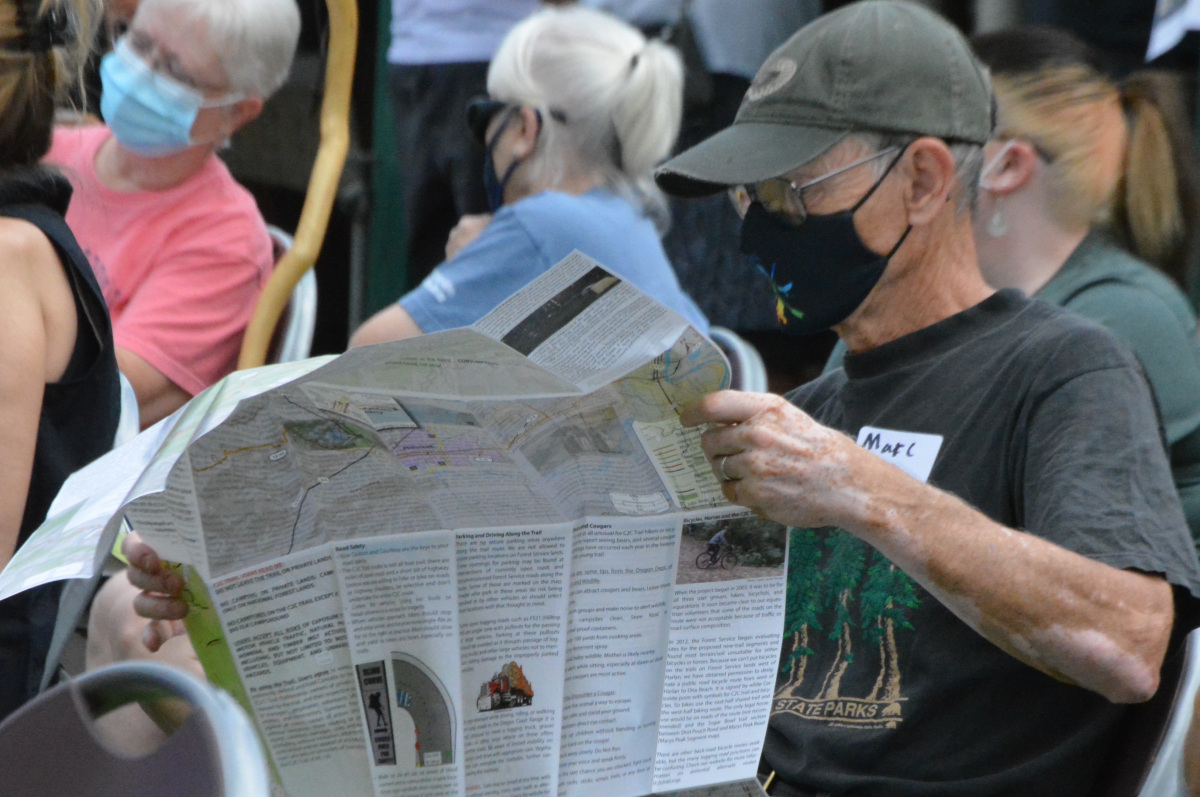 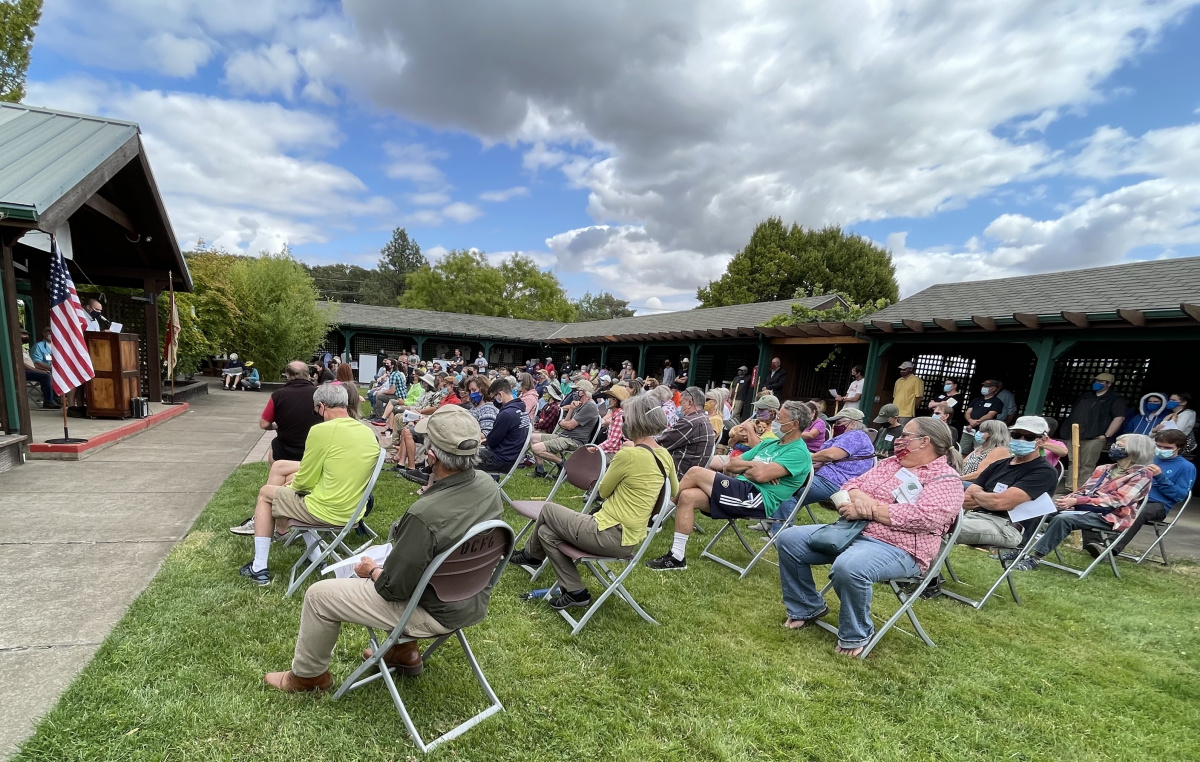 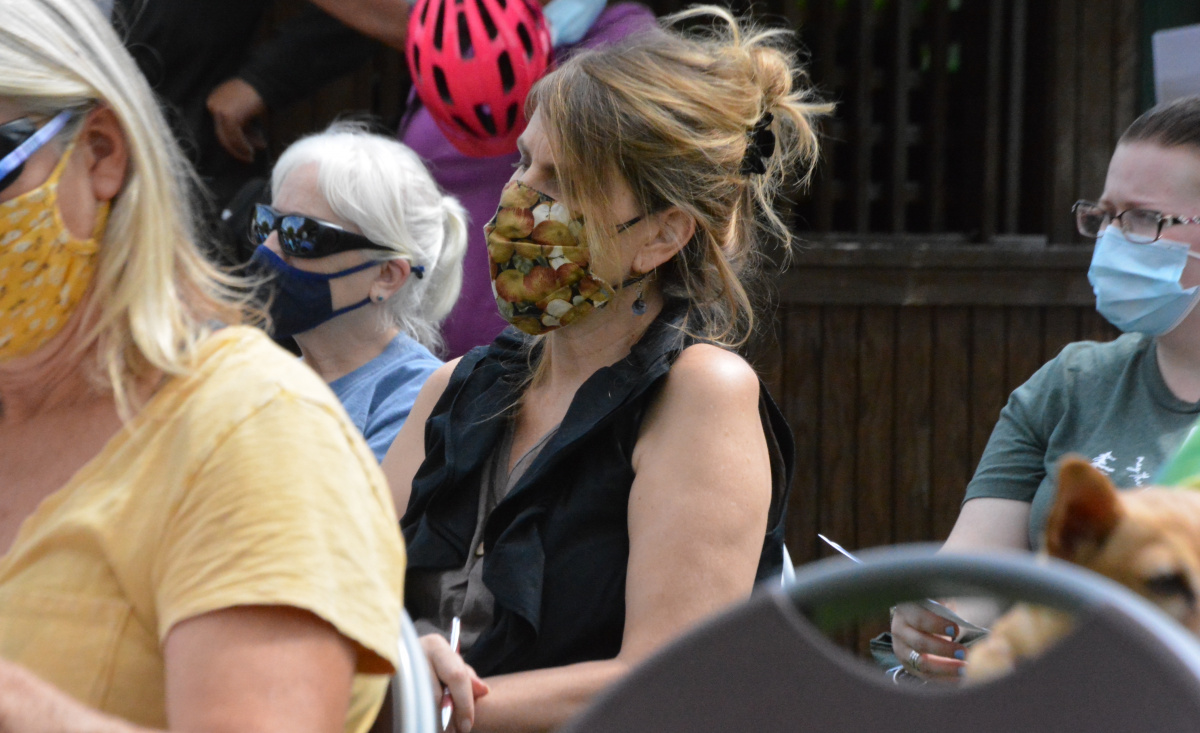 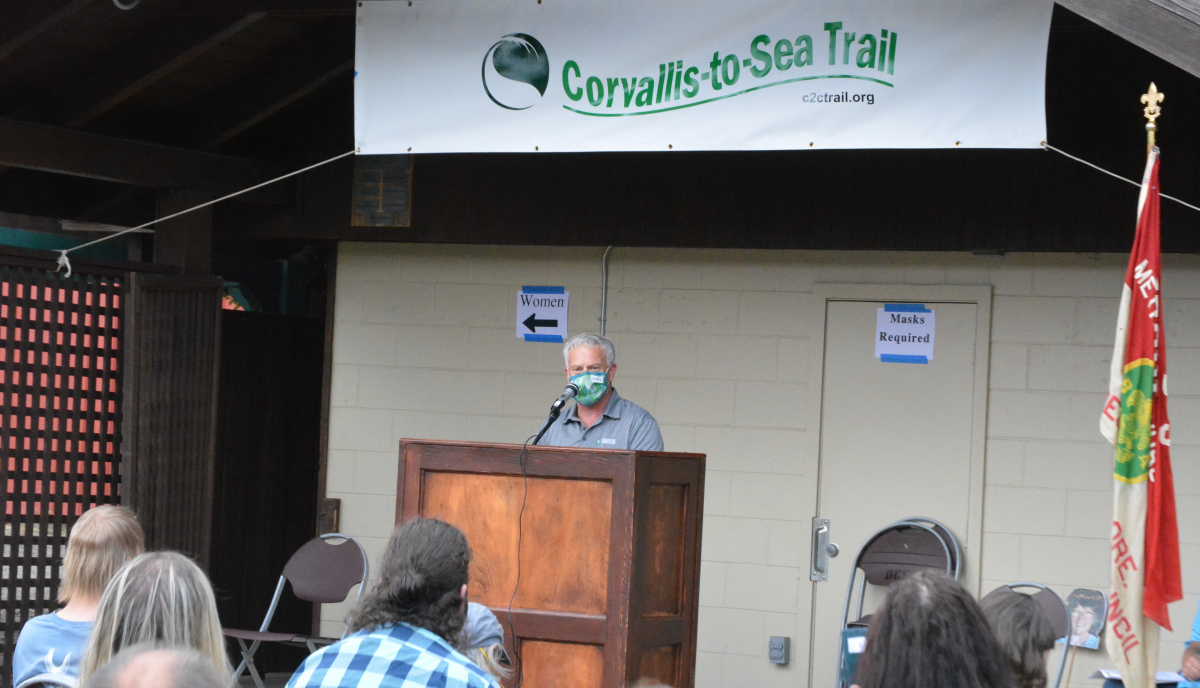 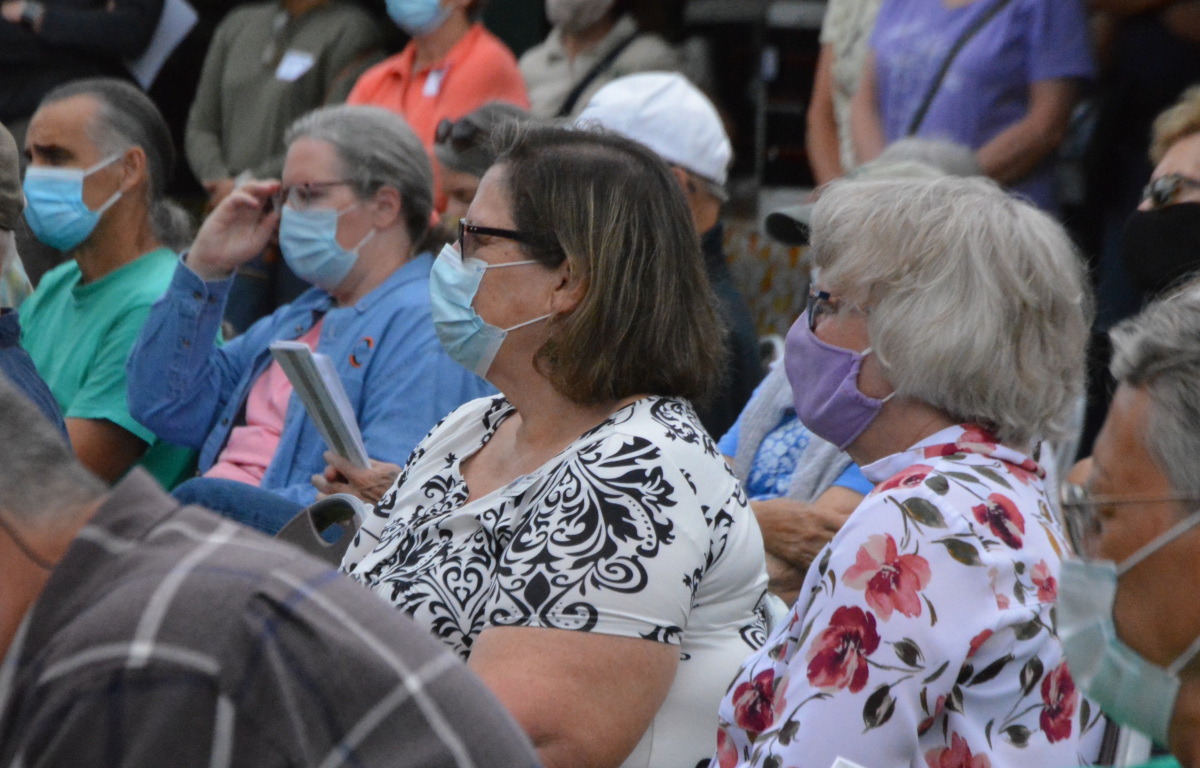 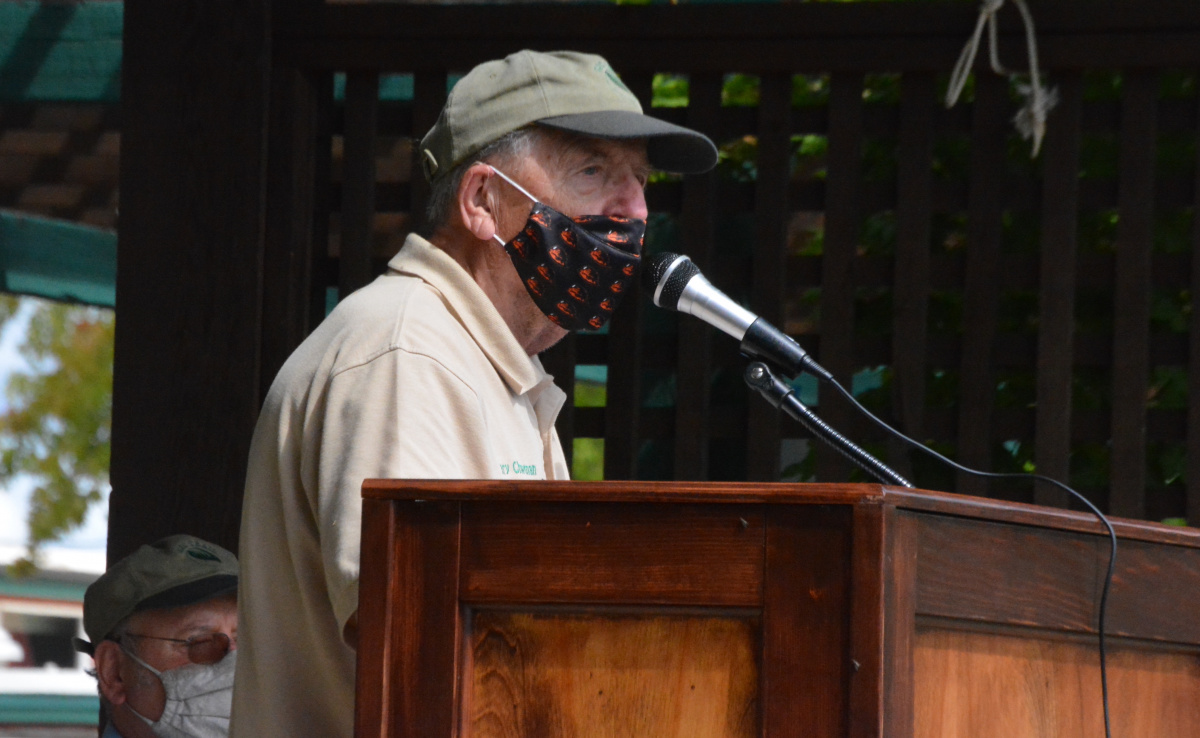 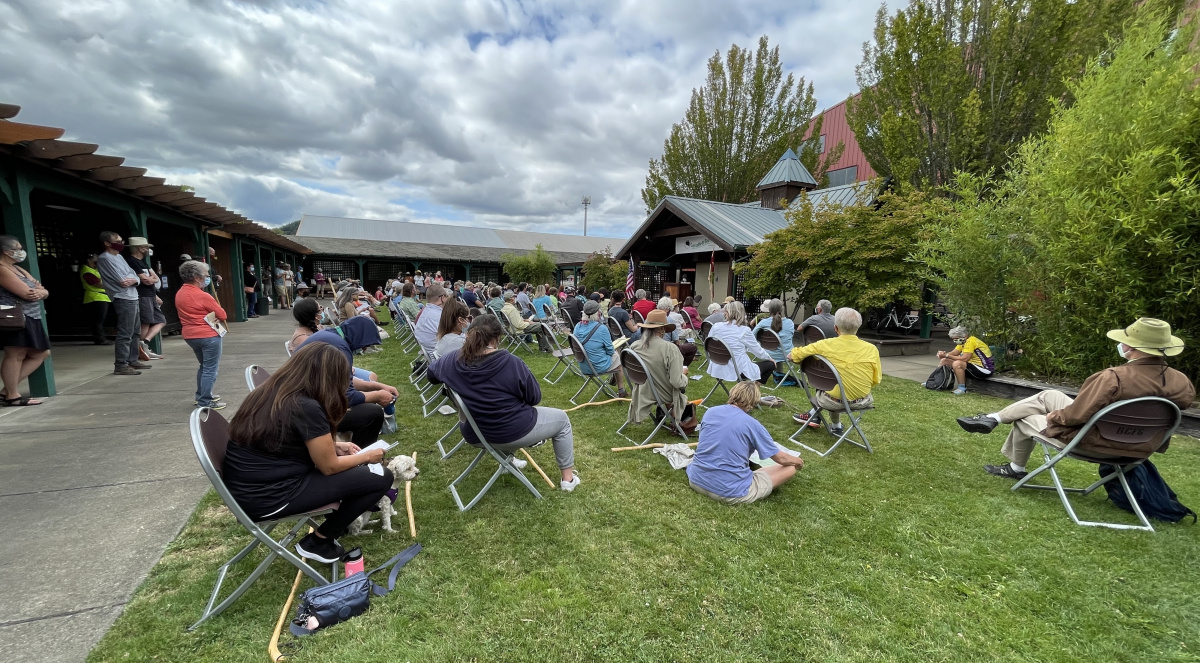 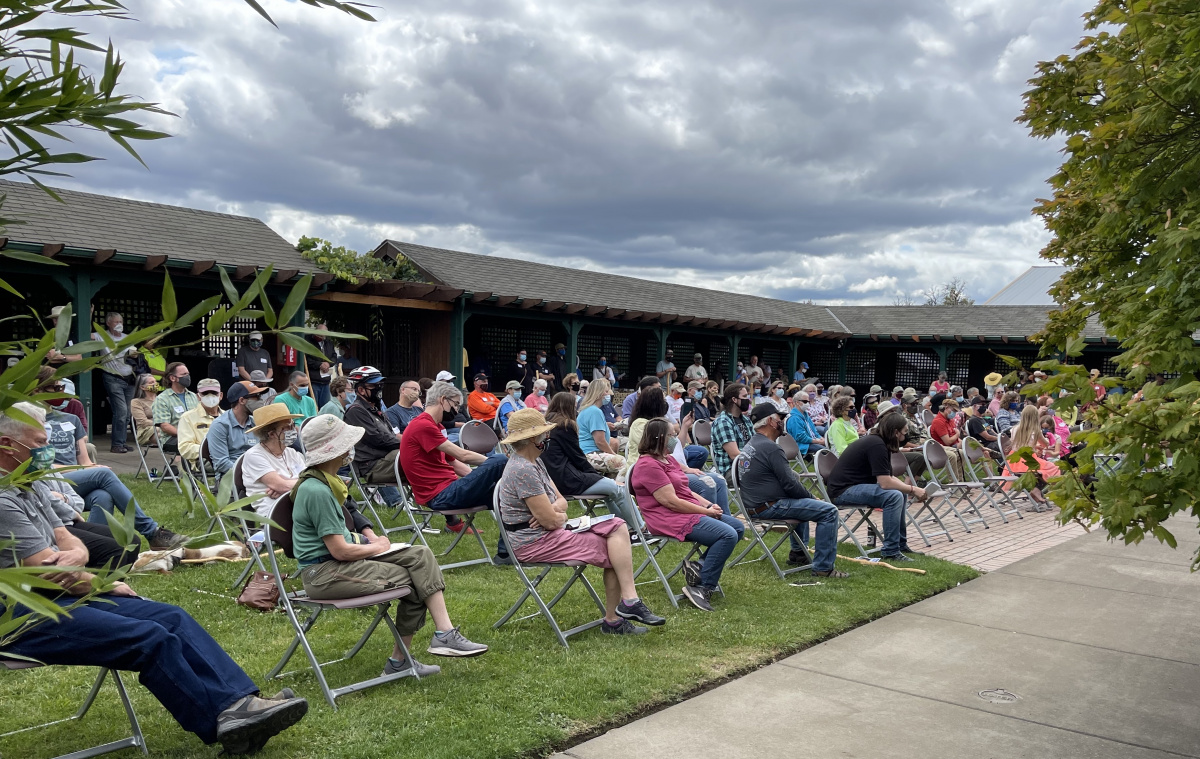 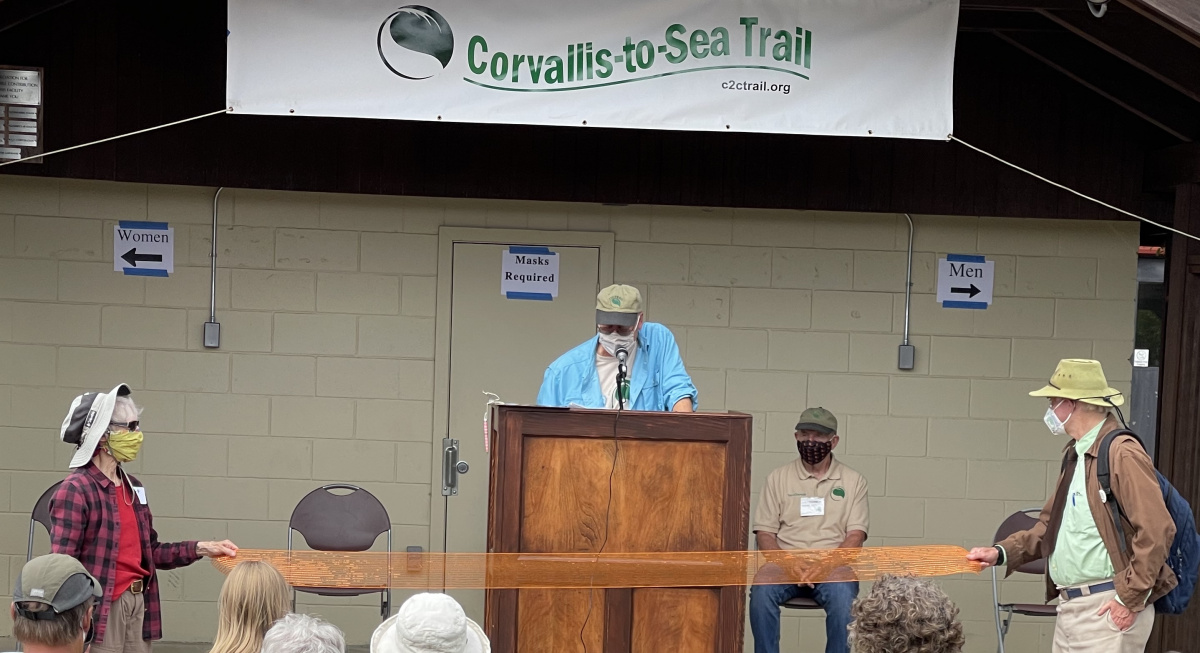 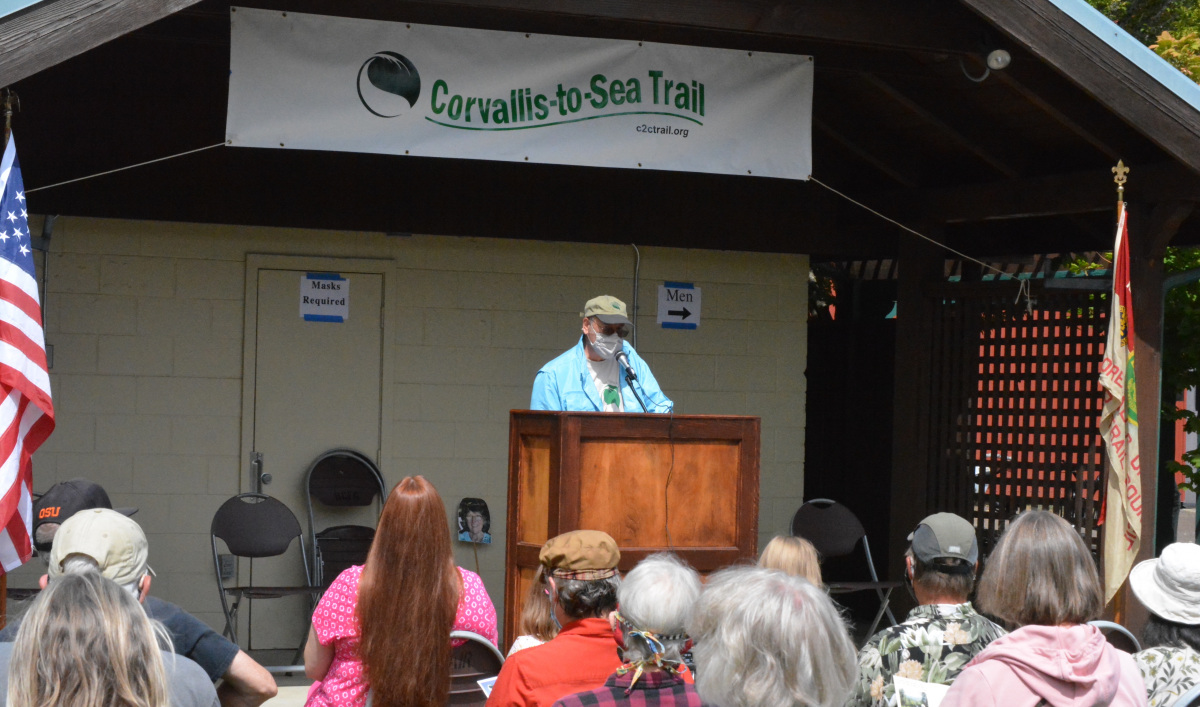 Board members read statements that had been submitted by U.S. Rep. Peter DeFazio and U.S. Sen. Jeff Merkley. Several other individuals were mentioned for their contributions, such as Louise Marquering and Denise Nervik, who received three “hip, hip, hoorays” for their work.

LePage presented a special award named for Remington to Chapman for his significant contributions.

“He’s been involved since Day 1, not only on the trail but also literally in terms of being born in this area, going to school here, raising a family, everyone knows Gary,” LePage said. “I consider him a friend, and frankly, I love the guy.”

LePage also had a special presentation honoring Marquering, who was not able to be at the event. He wrapped up his talk by singing a song that he had written and invited all to “go take a hike.”

Larry Weymouth, a member of the C2C Trail Partnership’s board of directors, served as master of ceremonies for the event.

The program ended with ribbon-cutting and cake-cutting ceremonies.

The Corvallis-to-the-Sea Trail dedication event was two that had been organized for Saturday — the other taking place earlier in the day at Ona Beach State Park.