With the season moving beyond the halfway point, it’s not uncommon for nagging injuries and seasonal illnesses to have an impact on team rosters. Philomath High’s girls soccer team is not immune from those situations and had to face a capable Newport squad with three starters missing from the lineup.

Still, the Warriors battled through and posted a 3-0 victory to remain unbeaten in Oregon West Conference play at 4-0-2. Both Philomath and Woodburn completed their first runs through the league tied atop the standings with the same record.

“We just needed to have a battle mindset that we needed to win,” PHS coach Mat Phelps said. “We needed to finish the last game of the first round of league play and come out with a win and shutout — and that’s what we did. It didn’t have to be too pretty.”

Indeed, the action on the field appeared sluggish at times, perhaps a result of the changed lineup but also possibly because of somewhat slippery conditions on the field with the recent precipitation that has fallen.

“We could tell that the footing was an issue sometimes and it makes a difference — the ball skips a little bit and doesn’t go quite where you want it to,” Phelps said.

The game remained scoreless until the 14th minute when junior Mia Cook found the net. In the moments leading up to the goal, Newport’s defense attempted to clear but Kamilla Grimmer intercepted a pass and got it down to freshman Petra Hernandez in the left corner. Hernandez sent it back to Grimmer, who then centered the ball toward freshman Sophia Bauer. Newport’s Charlotte Gardner got a foot on the ball and attempted a pass toward teammate Itzel Arizmendi but Cook regained possession for Philomath and fired a shot into an open area on the right side of the net.

In the 21st minute, Cook scored a second goal. Sophomore Bailey Bell sent the ball downfield toward the right side to set up Cook’s attempt from about 20 yards out. The shot sailed above the outreached hands of Newport’s goalkeeper and 6 inches below the crossbar for a 2-0 lead.

Phelps said Cook has been one of those players to show marked improvement this season.

“There’s really a big jump from her as a sophomore to her as a junior,” Phelps said. “She’s become much more involved, much more confident and aggressive and she puts herself in a good position, she just gets there. We played out wide to her most of the game. She was a key factor in that attack.”

Cook said the team didn’t hit on all cylinders in the victory with a group that was adjusting to playing without its usual lineup.

“We’re missing a couple of really good players … so that kind of threw us off a little bit in the beginning,” Cook said. “I think once we’re all better, we’ll be more ready.”

Senior co-captain Reese Grube has been working her way through an ankle sprain and Phelps expects her to return next week. Senior K Bacho, another co-captain, and freshman Natalie Dunn were sidelined with non-COVID illness.

Philomath increased its lead to 3-0 in the 36th minute on a Grimmer goal. The play developed from a throw-in by junior Izabella Nanoski to Bell at about 10 yards outside the 18-yard box. Bell made a few moves on her defender and sent the ball into the middle to Grimmer. She dribbled to her right past a back-line defender and buried the shot at an angle into the lower left side of the net.

In the second half, neither team scored although Philomath did have a few opportunities. In the 59th minute, for example, Grimmer set up Cook with a pass from the middle to her left. Cook received the pass and without dribbling took an immediate shot past the goalkeeper. However, the ball bounced off the right post. Bauer was in position for a possible follow-up but Newport’s keeper was able to fall on the ball in time.

A short time later, Bell dribbled in close to the net and after bouncing the ball off of a Newport defender, regrouped to pass up top to freshman Heidi Bacho. Bacho attempted to get the ball into the right side of the net but Newport’s goalkeeper made a diving deflection to keep the score at 3-0.

Philomath (5-1-2 overall, No. 4 in OSAA rankings) is scheduled to play Thursday at Cascade (2-5). The Warriors eased past the Cougars 7-0 in the first meeting between the two schools on Sept. 14.

Conference Standings
(As of Oct. 5) 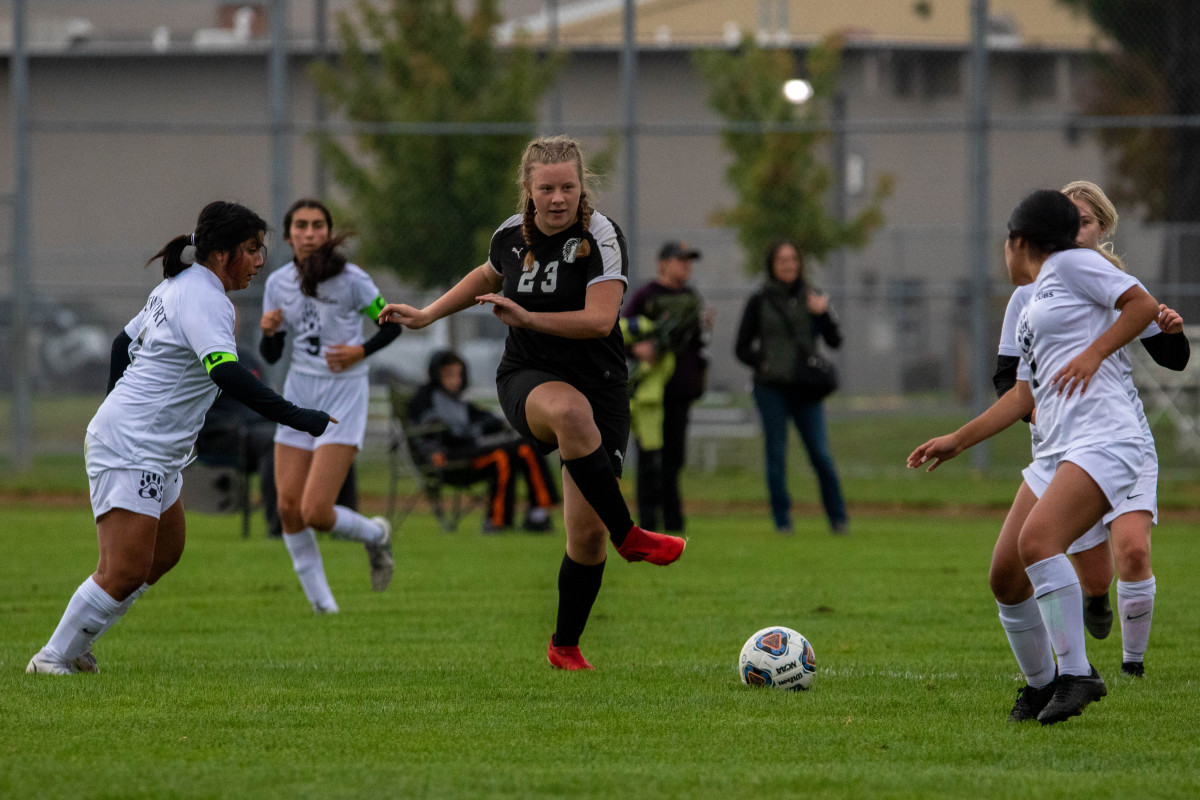 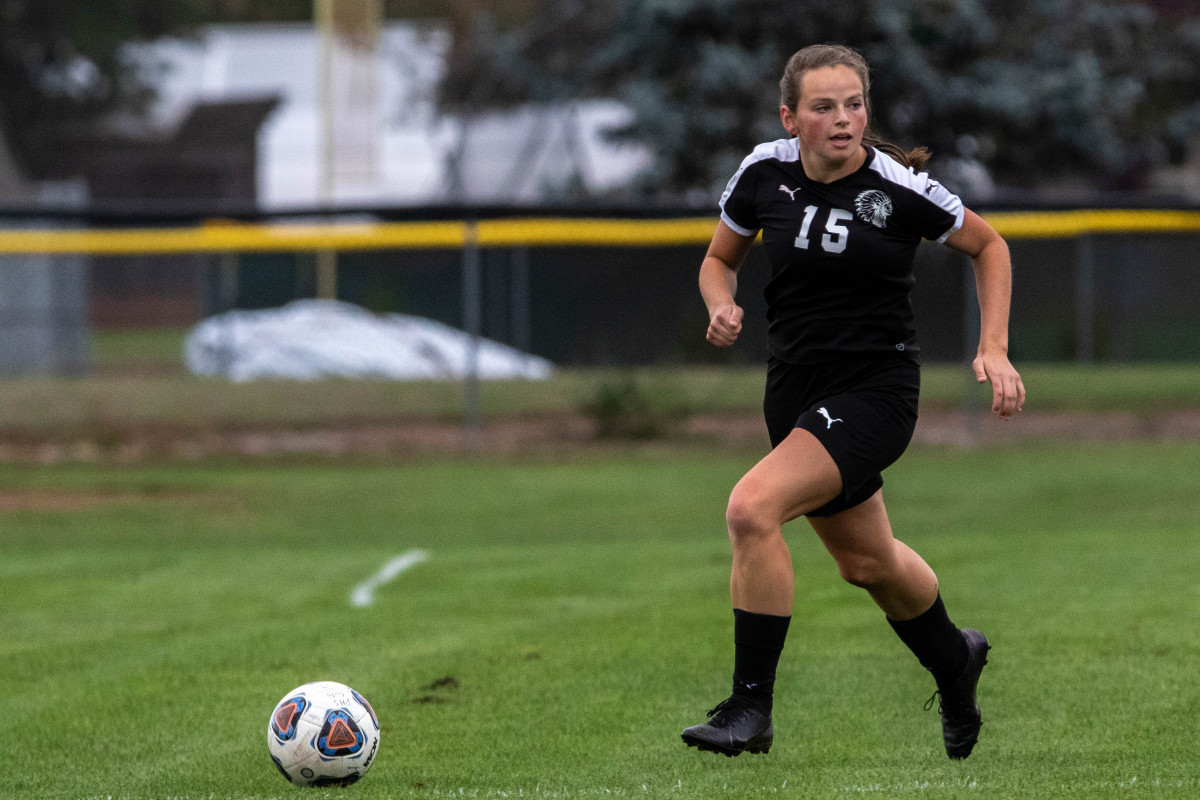 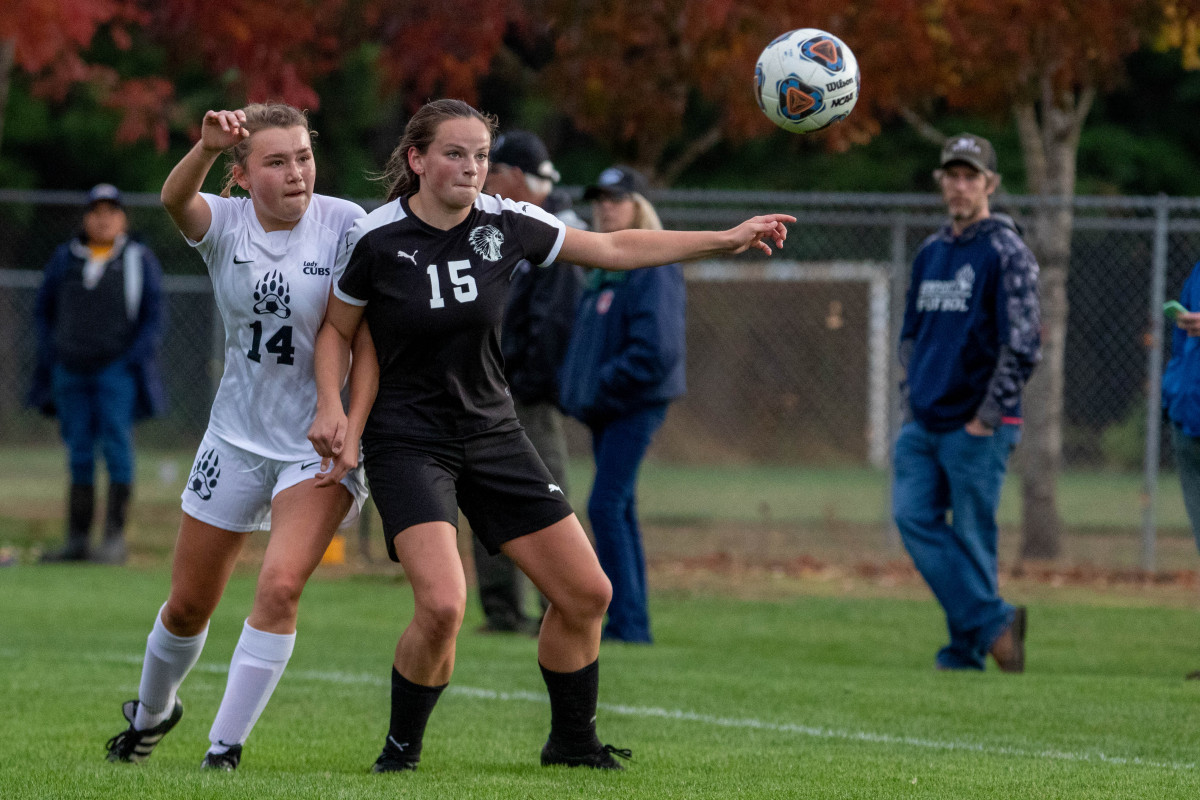 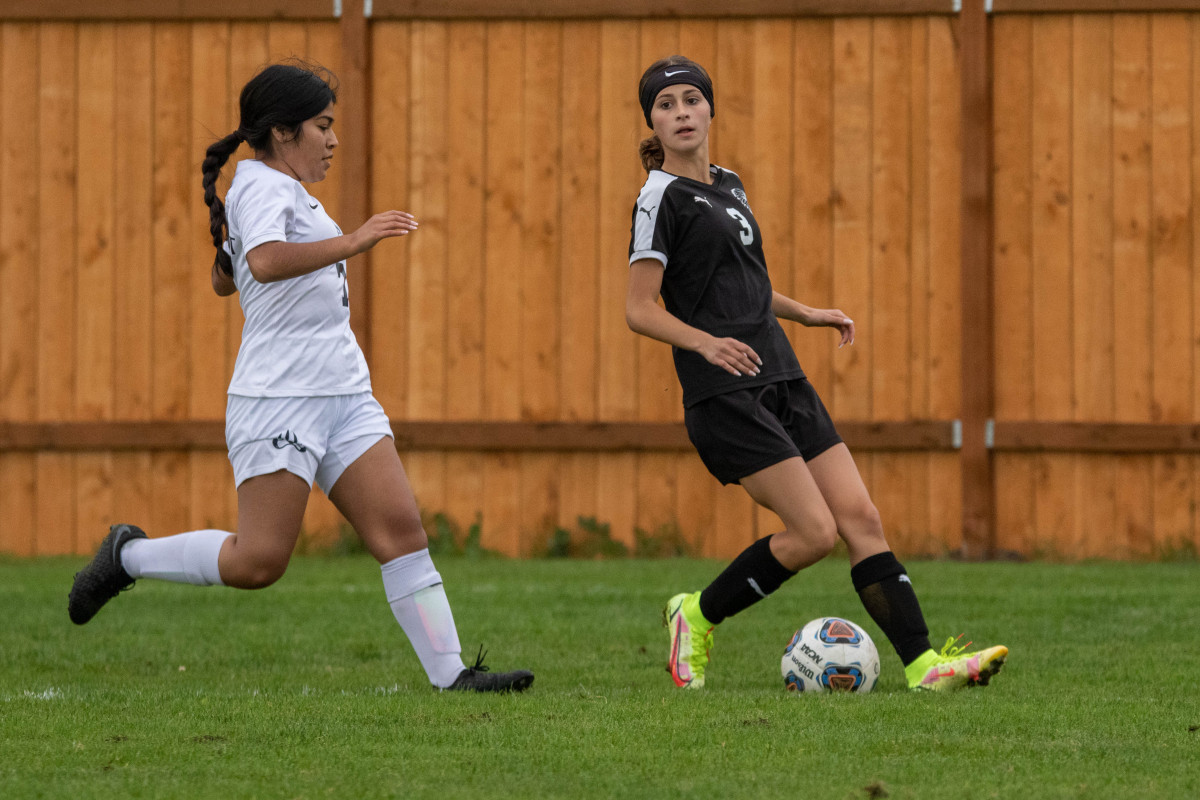 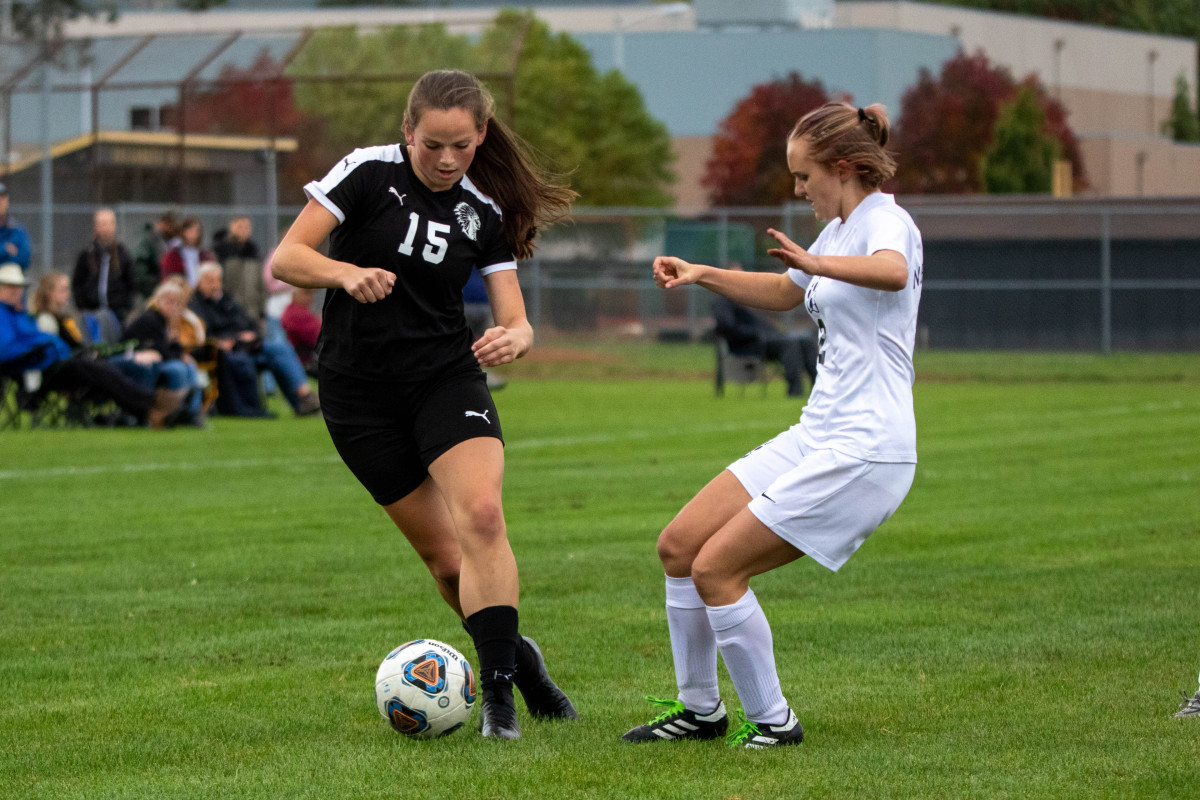 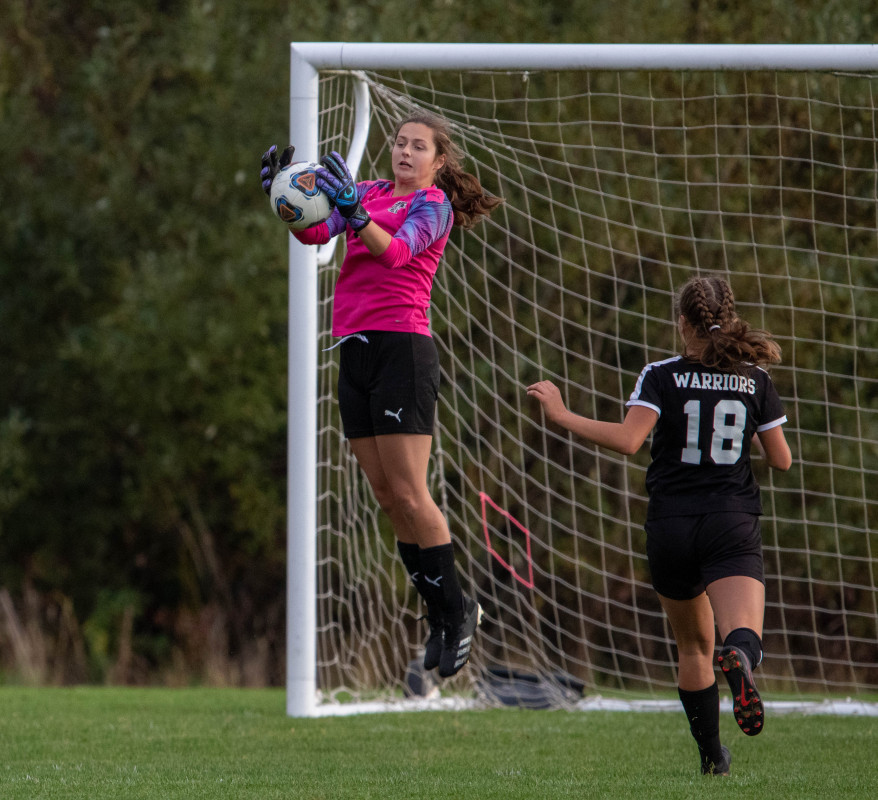 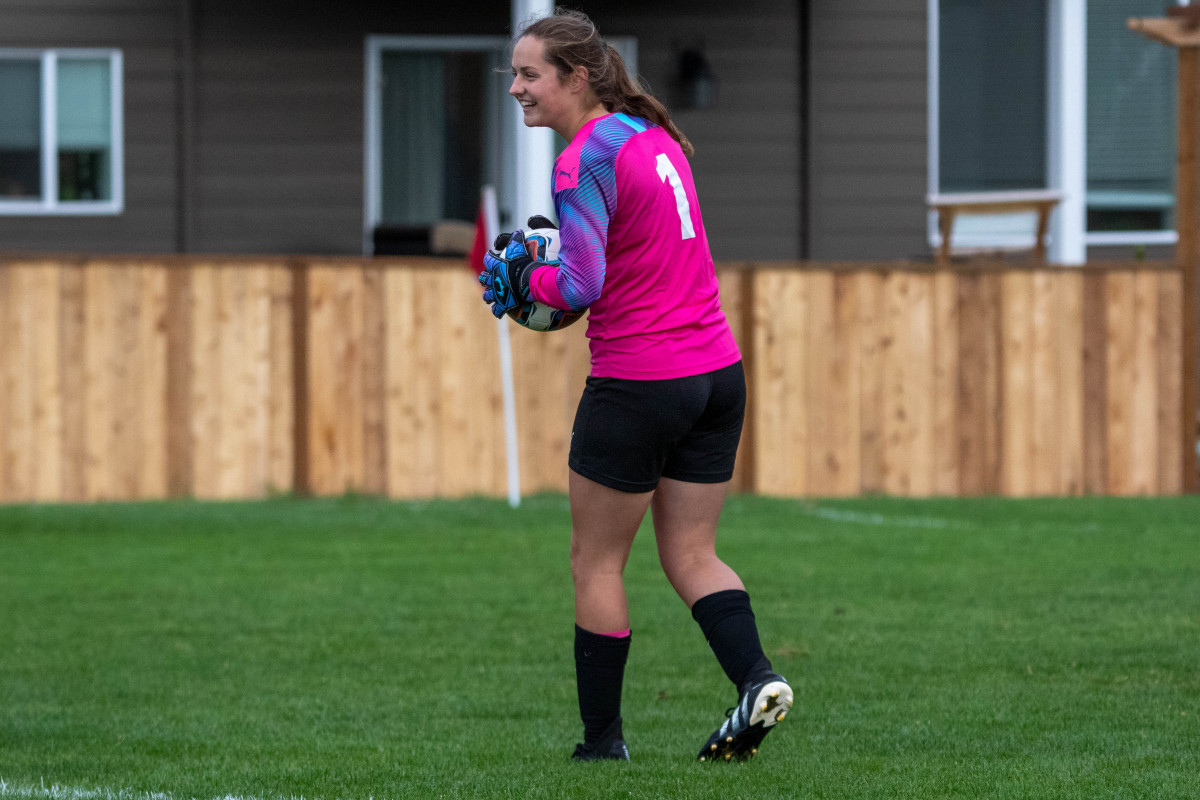 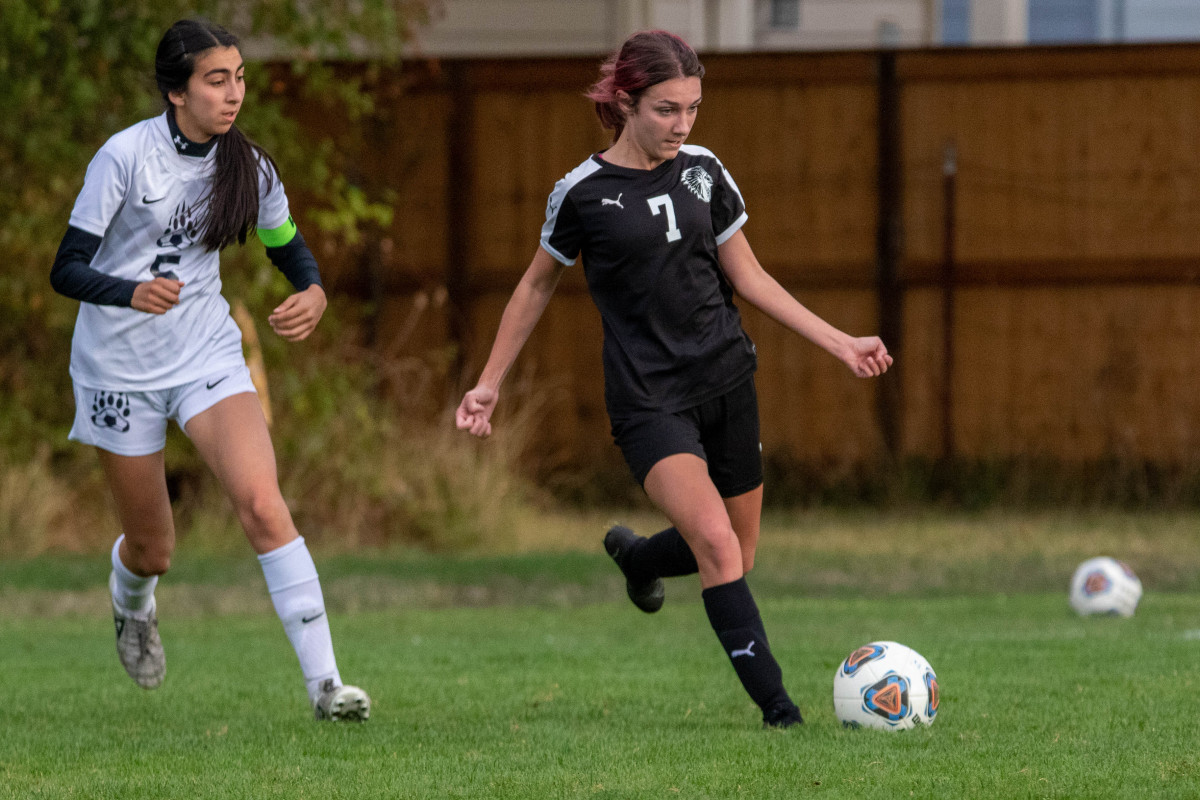 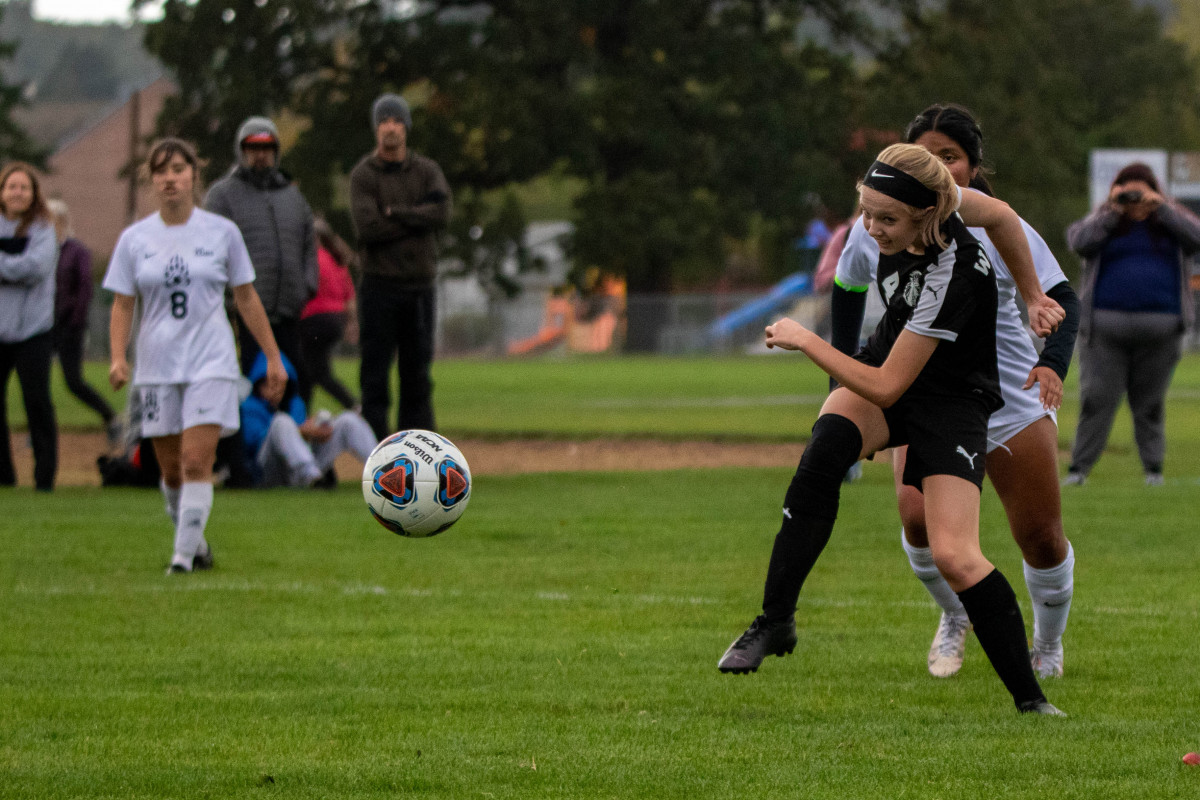 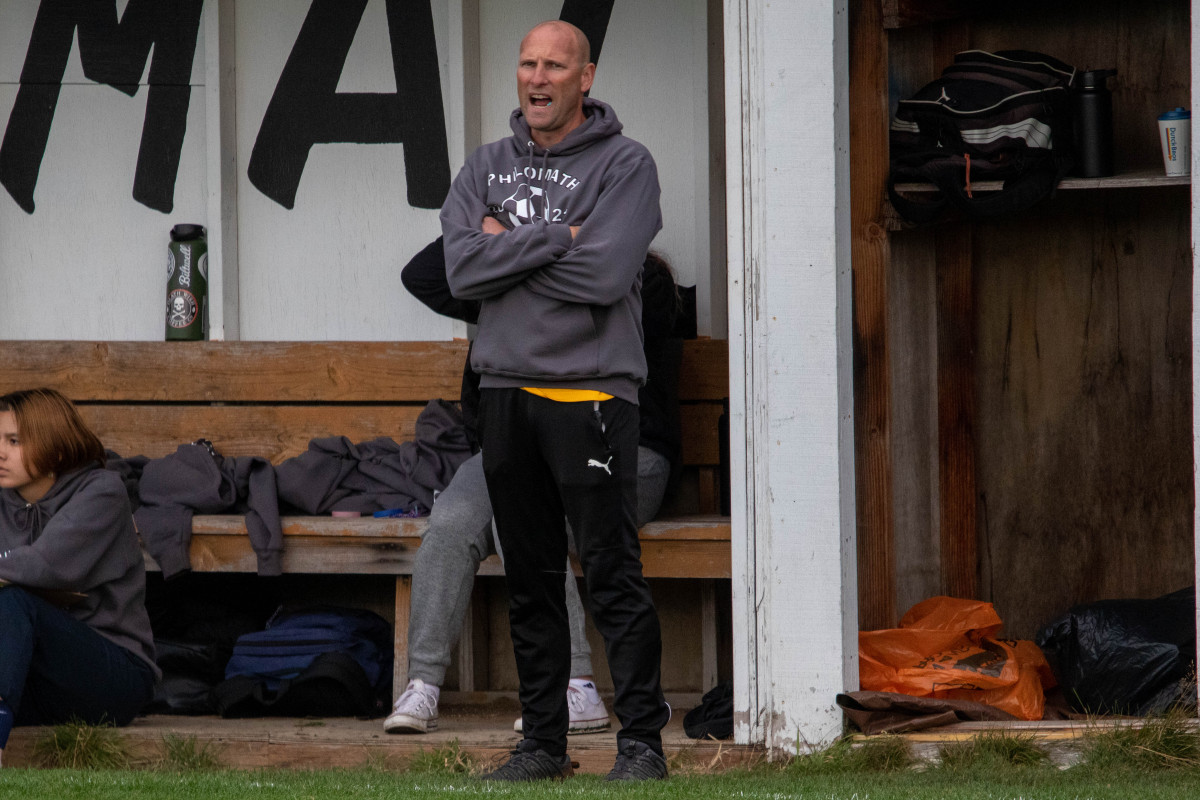 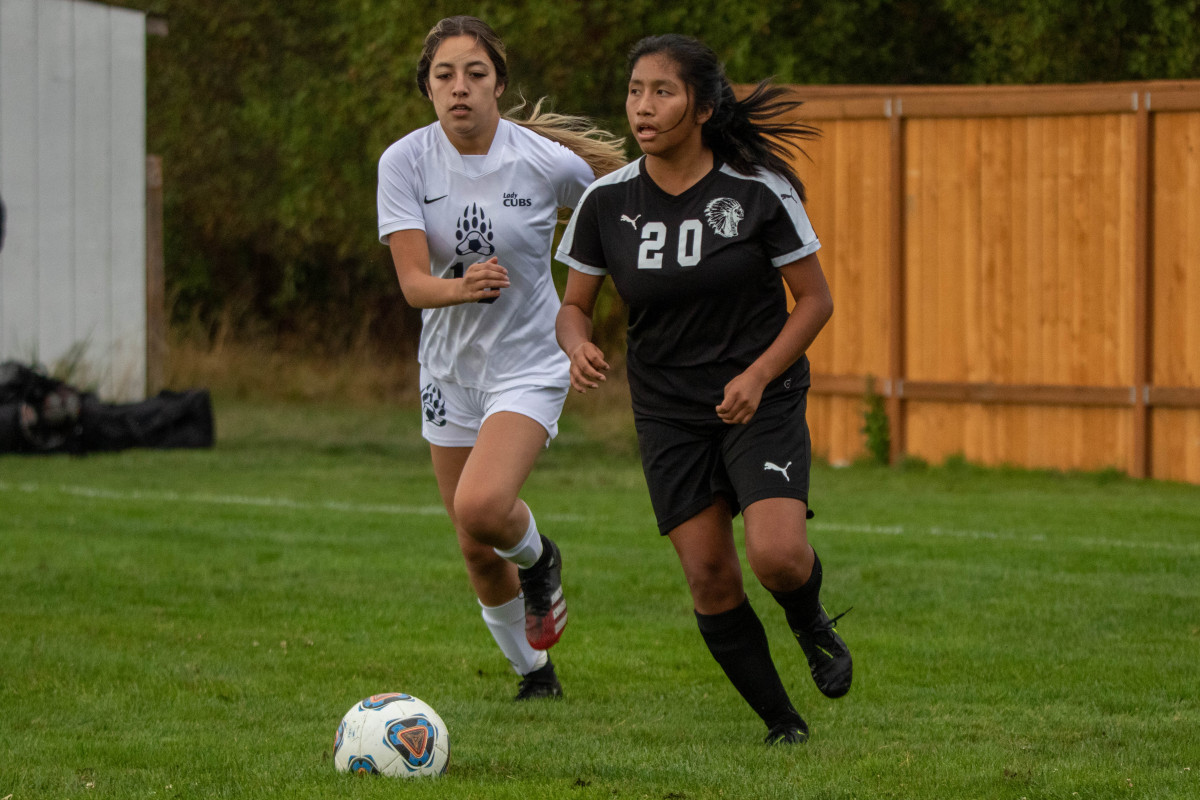 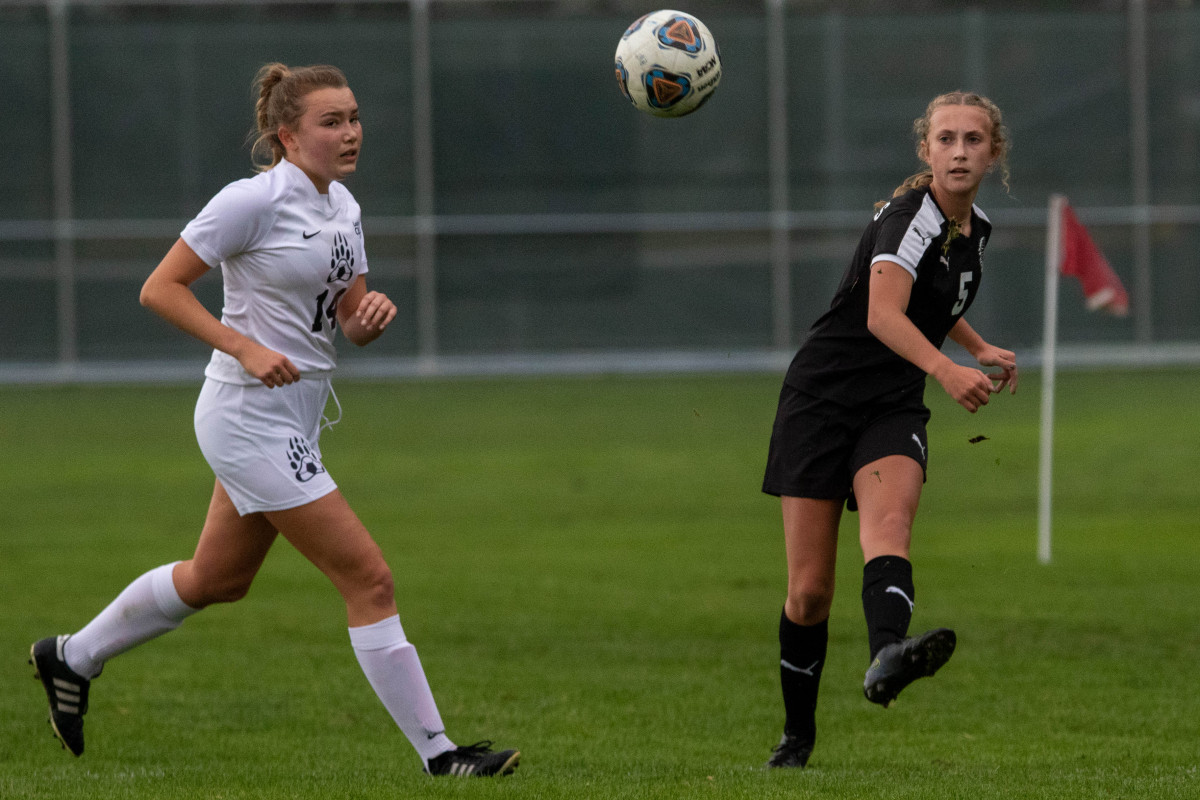 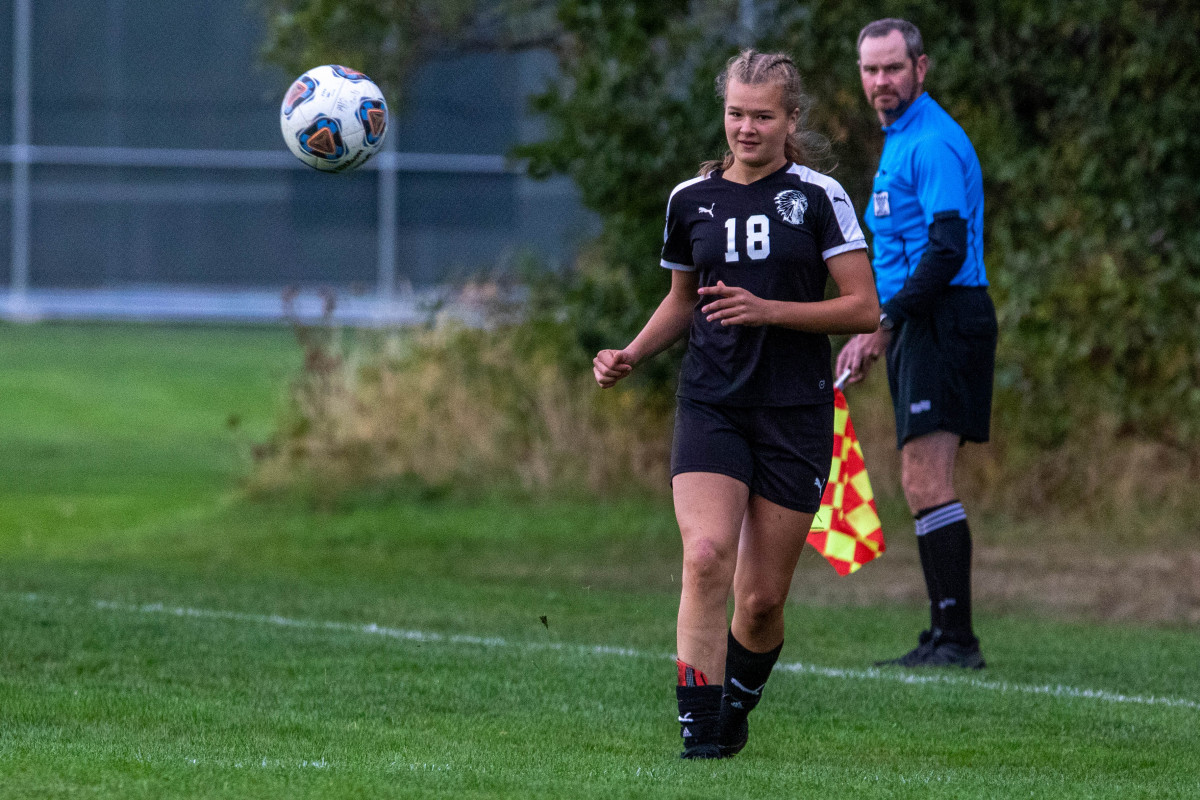 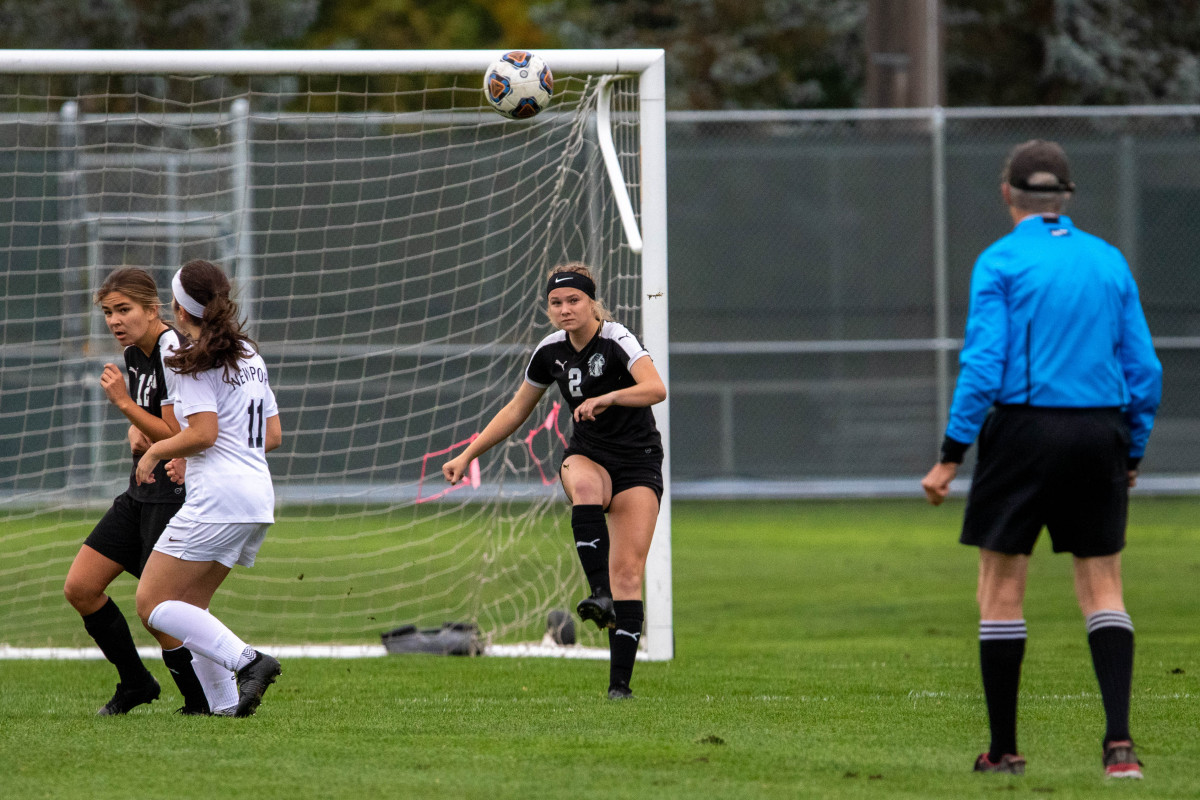 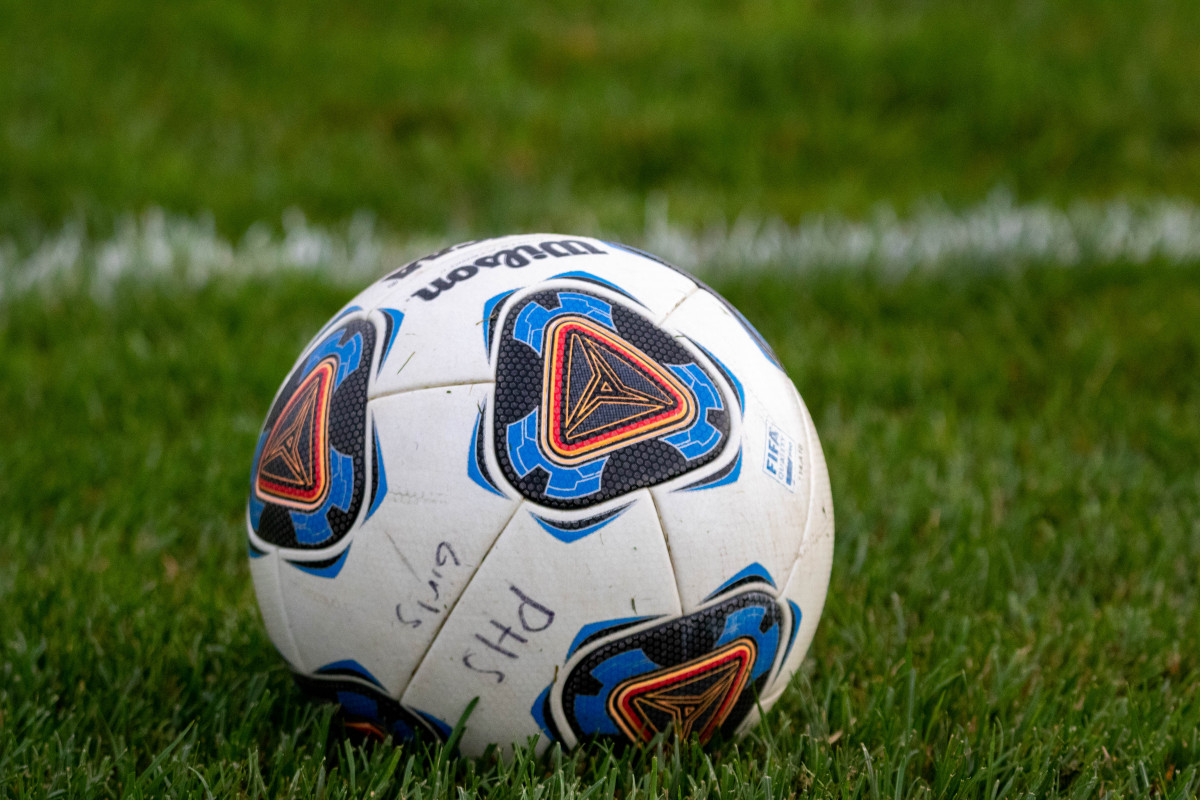 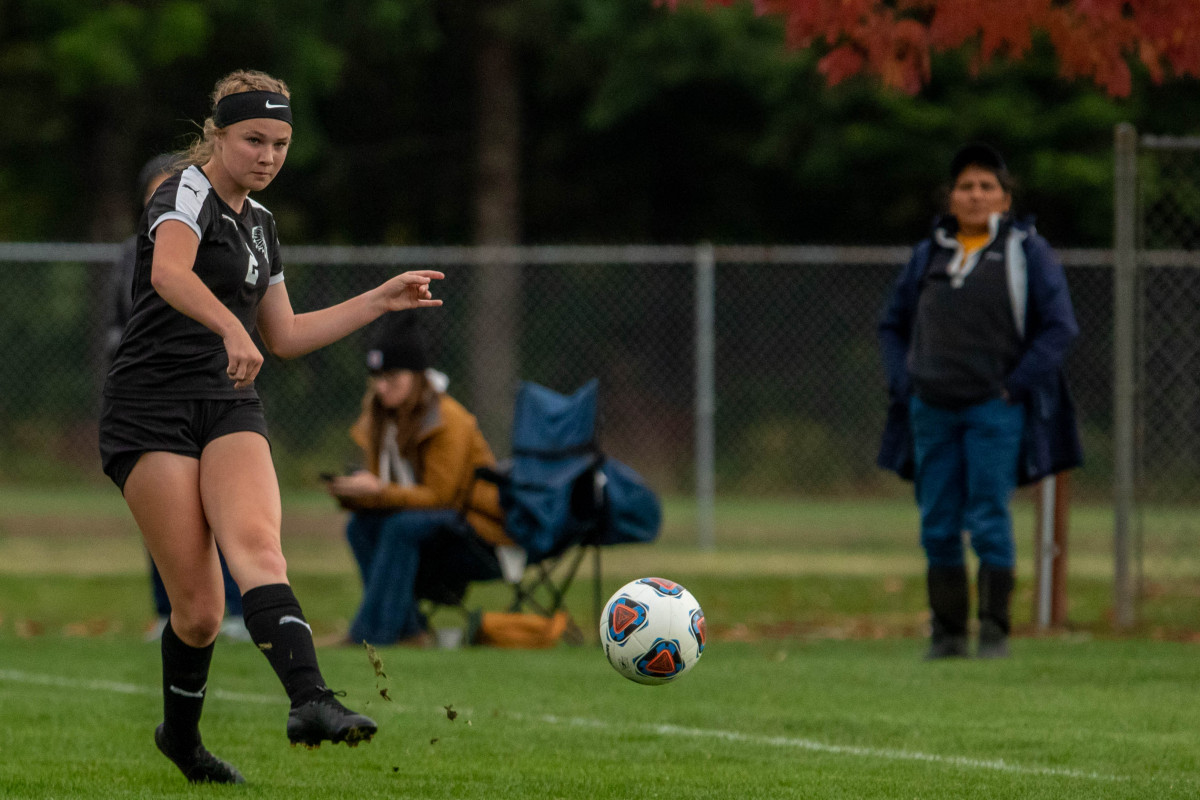 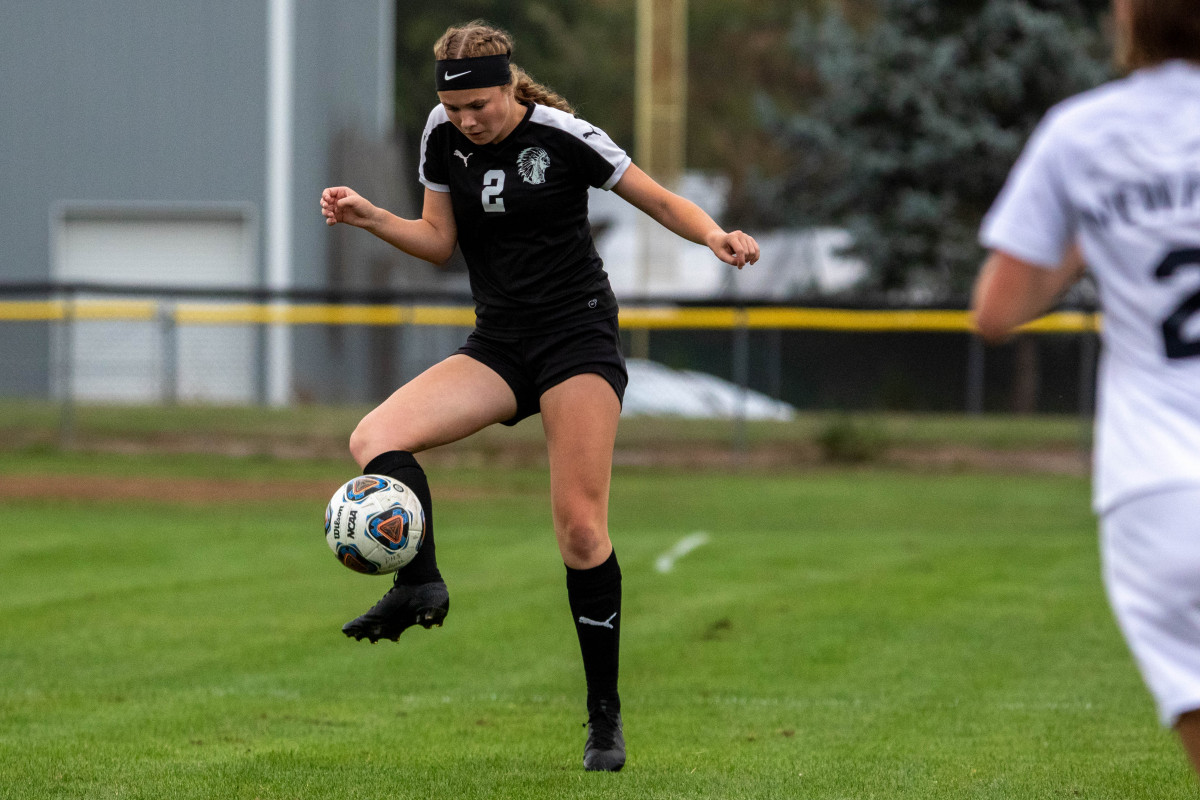 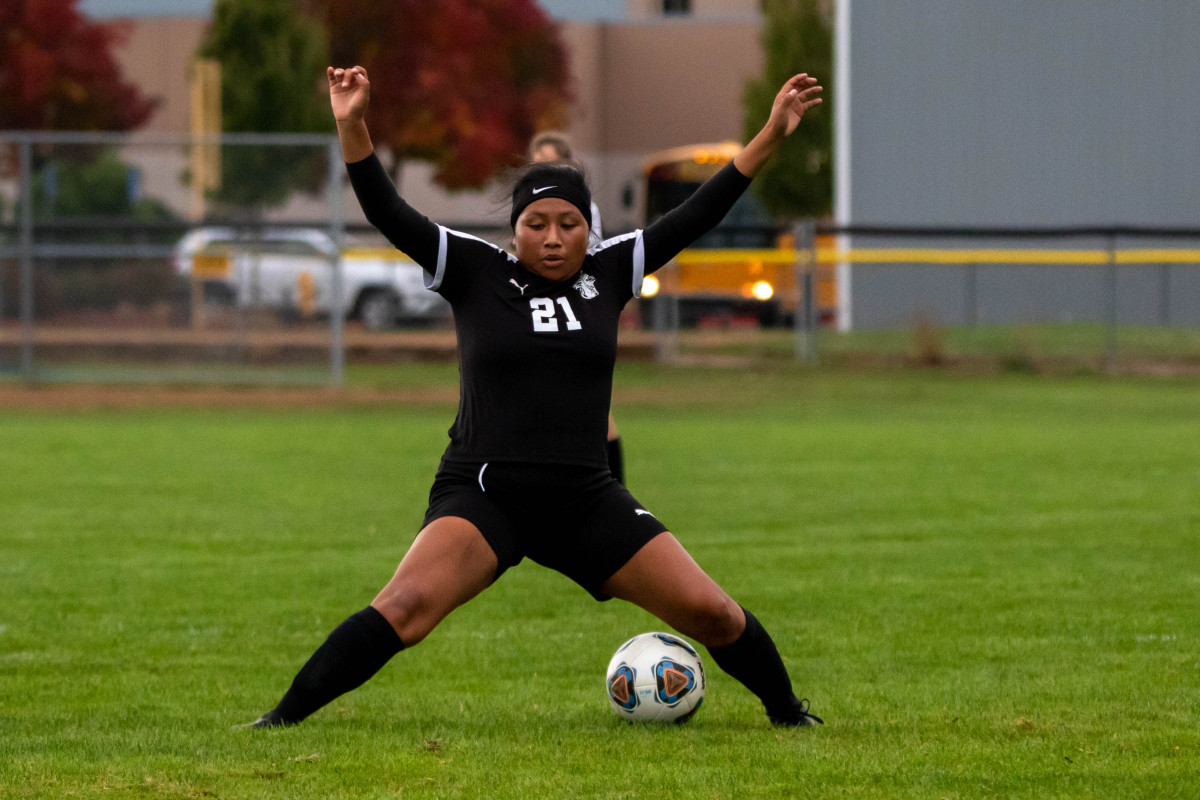 Previous articleGallery: PHS girls soccer vs. Newport (Oct. 6, 2021)
Next articlePHS boys get the job done on road, 3-2 over Newport