Philomath resident Steve King enjoys lighting up his neighborhood in the spirit of Halloween. But this isn’t just limited to a modest display that looks cool in the black of night. King’s creation features nearly 10,000 pixel lights that provide a colorful atmosphere that are in sync with music.

The 66-year-old retired programmer and database administrator has a lot of fun with his annual “Blinky Lights in Philomath” project, which in November transitions from Halloween to Christmas. The reactions from onlookers bring smiles. Said King, “It’s kind of fun to find that there are little kids in my driveway dancing to the music.”

Located at 597 Neabeack Hill Drive, the Halloween evening light and music show begins each evening at 6 p.m. and runs until 9:30 Sunday through Thursday and 10 p.m. Friday and Saturday. Those who visit can listen to the accompanying music at 87.9 FM.

The Halloween lights will remain up through Sunday and then King will begin making the transition to his Christmas display, which will launch the day after Thanksgiving and remain in place into January.

King, 66, said he didn’t do much in the area of electronics before retirement. He has volunteered with Philomath High’s robotics program, which aligns with what he’s doing with the light and music displays.

“On my Facebook page, the tagline is ‘old dog learning new tricks,’” he laughed. “All of this electronic stuff is new.”

The current display represents the fifth time that he’s put on the show in Philomath.

“We moved to Philomath in 2016 right after retiring and I had seen the ‘Wizards in Winter’ video from like 2005, 2006,” he said. “The house we had in Wyoming didn’t have storage space so being retired and having a place to store, I decided, ‘well, I can do this now.’”

While working on a lights display design and the time of year when he would do the exterior work, King decided to do a Halloween-themed show.

“The intent was originally just Christmas but it was one of those things that it’s so much nicer to put stuff up in September than it is in November,” King said.

The display’s first year was pretty much static.

“I didn’t have anything sequenced to songs for Halloween,” he said. “The boss lady said I could go ahead and get the FM radio, so I added some songs for Christmas that year.”

The “boss lady” would be his wife, King chuckles, and she also doubles as the “tacky police” to make sure his creations aren’t, well, tacky.

“It varies a little between Halloween and Christmas because I’ll swap out spiders for snowflakes and that kind of stuff,” he added.

Not counted in that number would be another 8,000 lights in the matrix that displays the “tune to 87.9 FM” information. King has an FM broadcaster in his garage that will play music for five minutes out of speakers situated in the yard for those that can’t listen on a radio.

King said his neighbors “are pretty supportive at this point as long as it’s under control.”

A steady stream of visitors stop by, he said, although it’s nothing too overwhelming at any one time. This past Christmas, he said he had 11 cars at one time watching and listening.

“It seems to be manageable. I’m trying to keep an eye on it,” he said. “The house actually is in a nice location because what’s straight across me is a cul-de-sac and the two houses on both sides of the cul-de-sac face in.”

In other words, with that configuration, he doesn’t have any immediate neighbors directly looking into the display.

The Halloween show features 15 songs and runs around 50 minutes if someone stayed through the entire cycle. He said most people stay for five, maybe six songs.

“Some of the things that other people in the hobby have run across is they end up shortening their show to two or three songs just to keep the turnover up,” King said. “So far, I haven’t had to worry about that but it’s that kind of thing that’s an option down the road.”

The Christmas show features 42 songs and takes about two hours to go through in its entirety.

For those that may visit more than once, King starts the evening’s cycle with a different song. Through that setup, “If you came every night at the same time, you’d get something different,” he said. 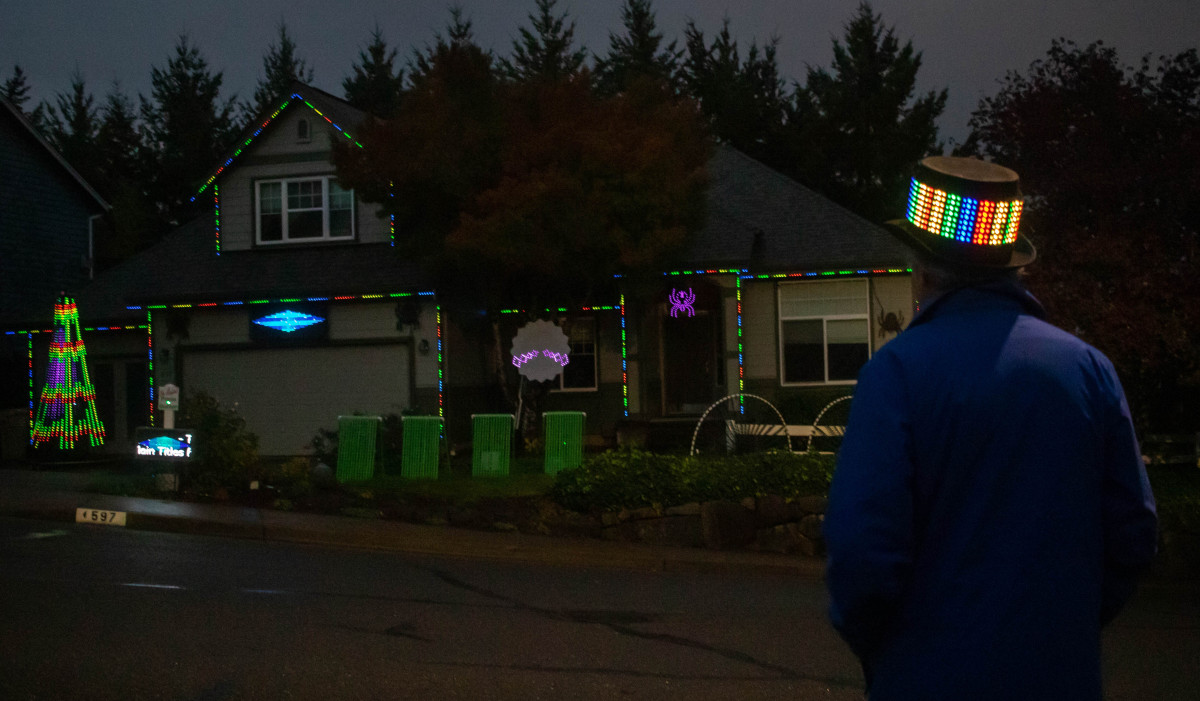 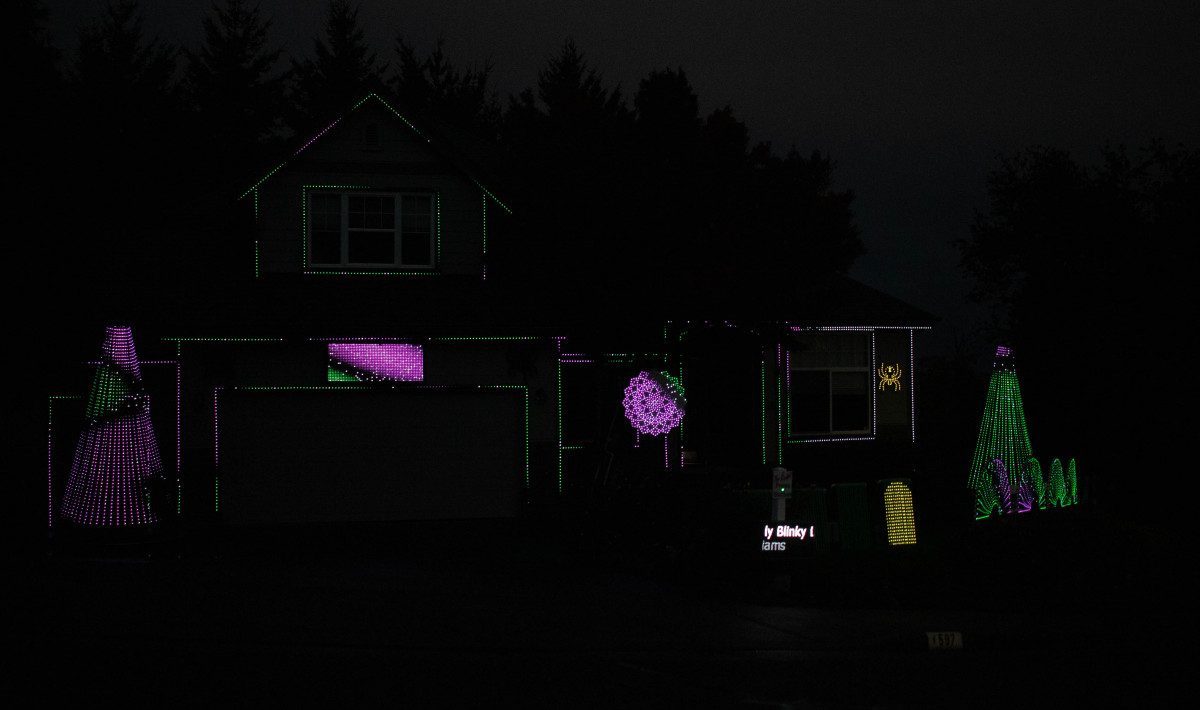 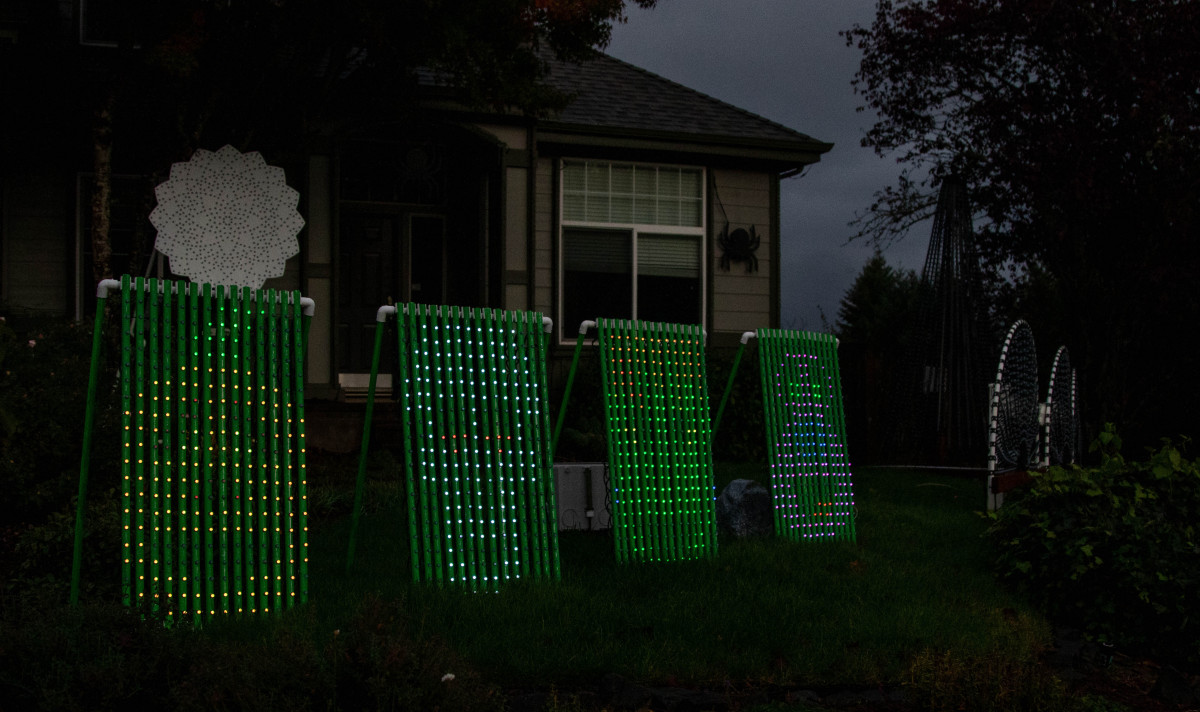 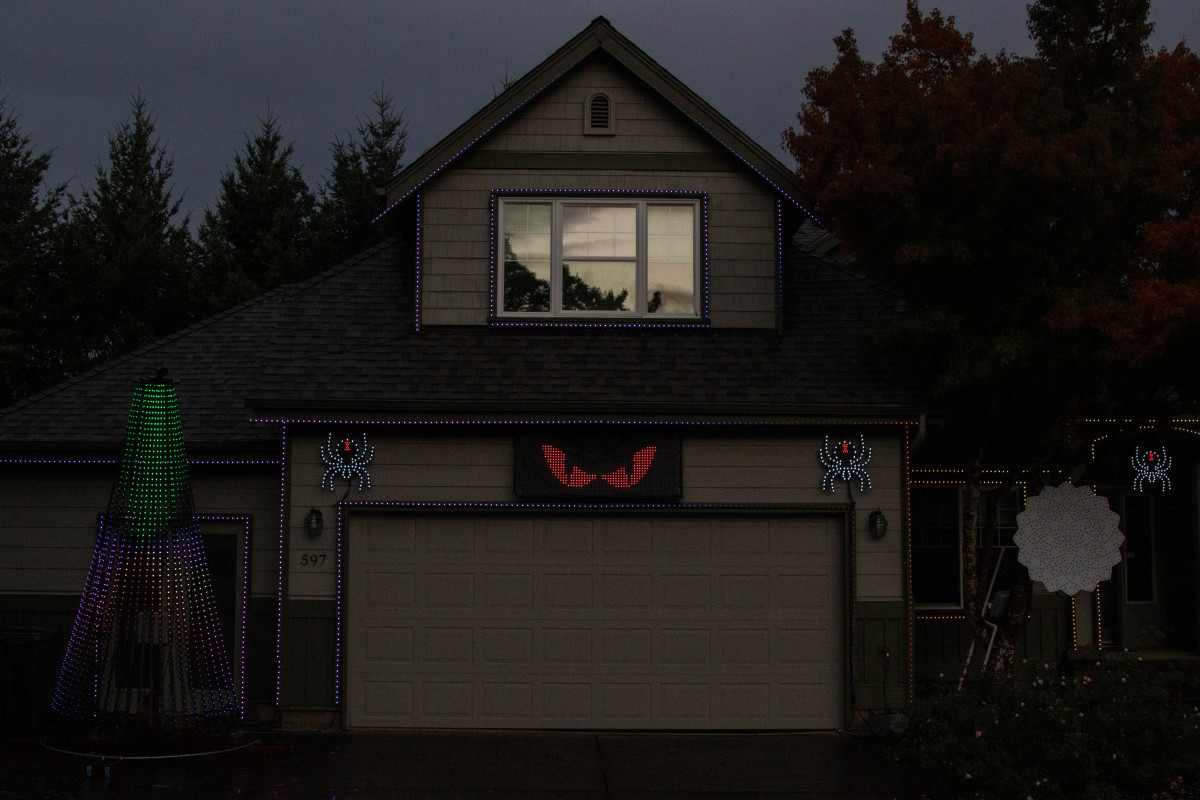 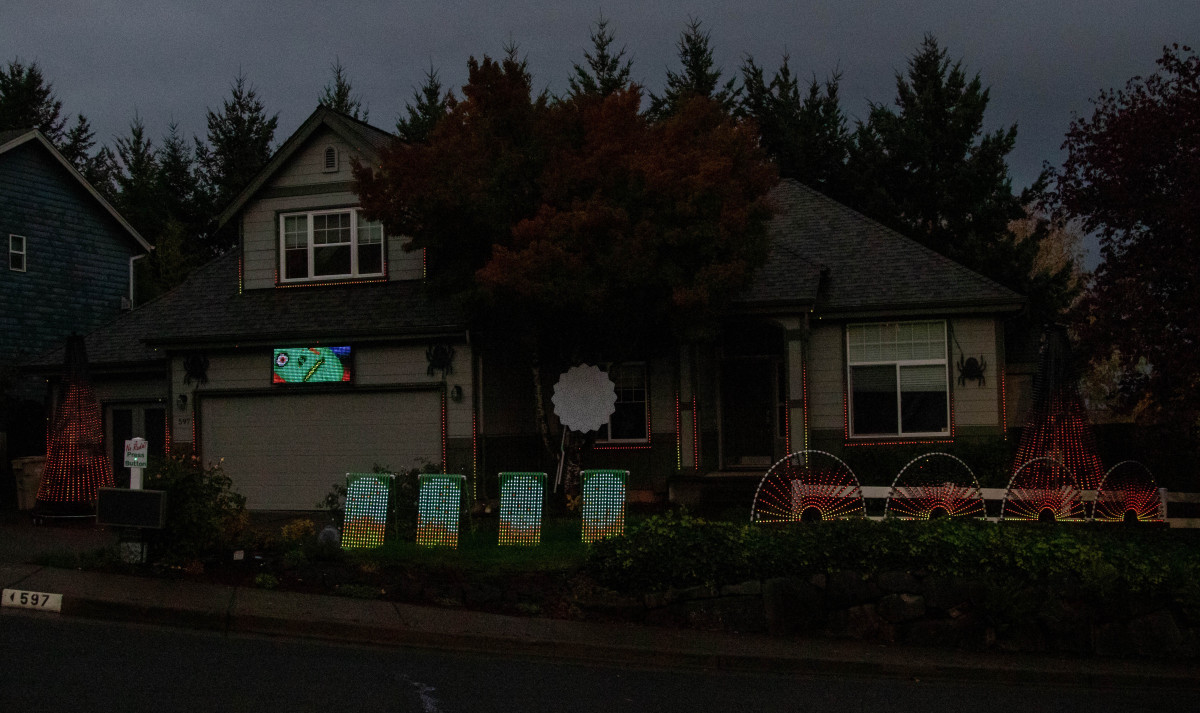 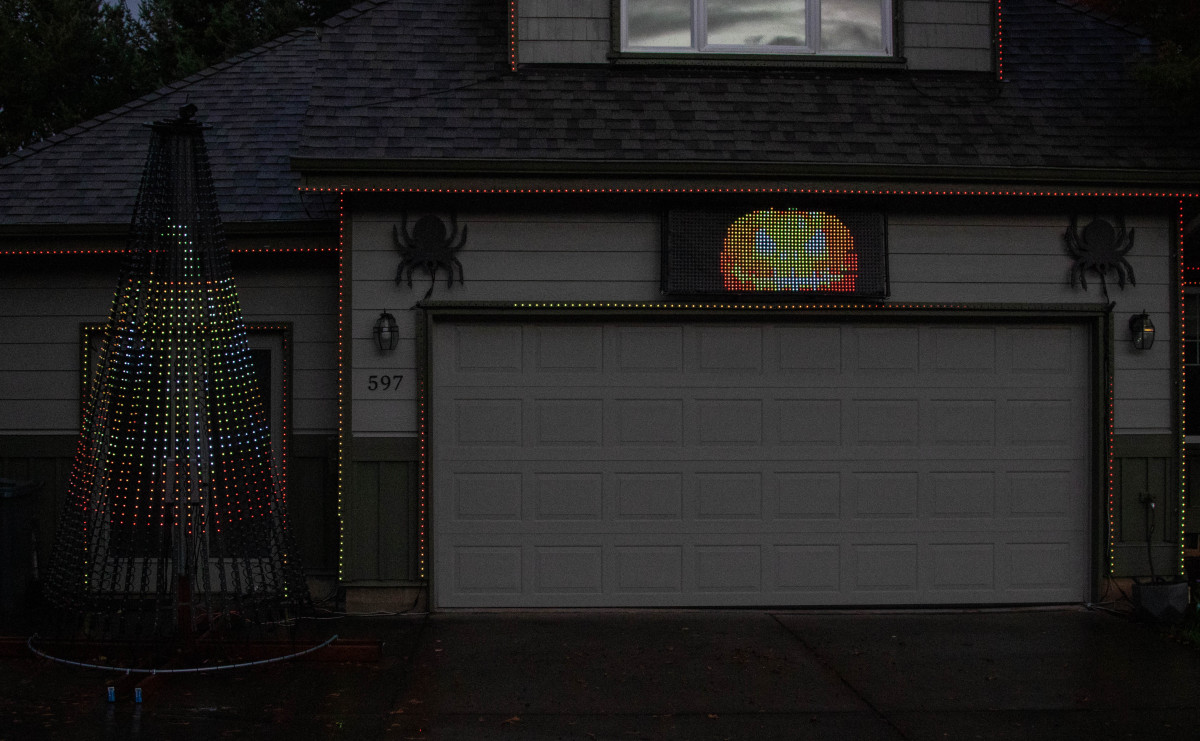 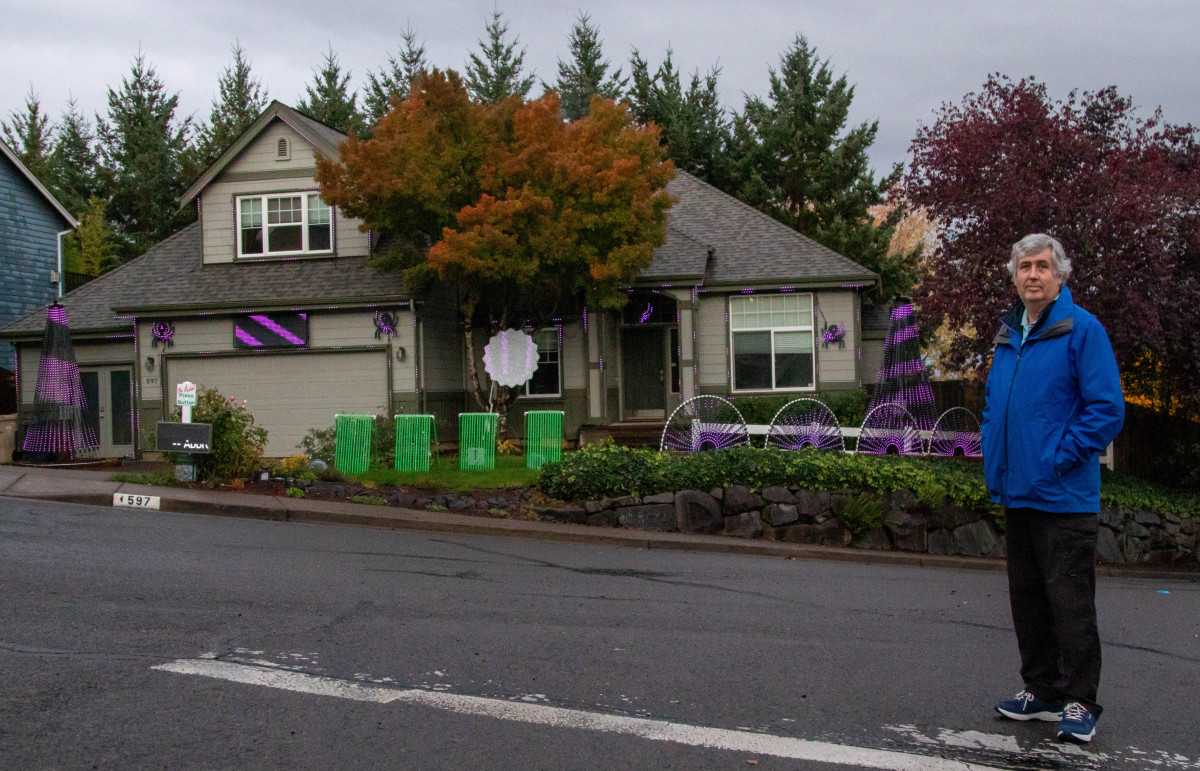 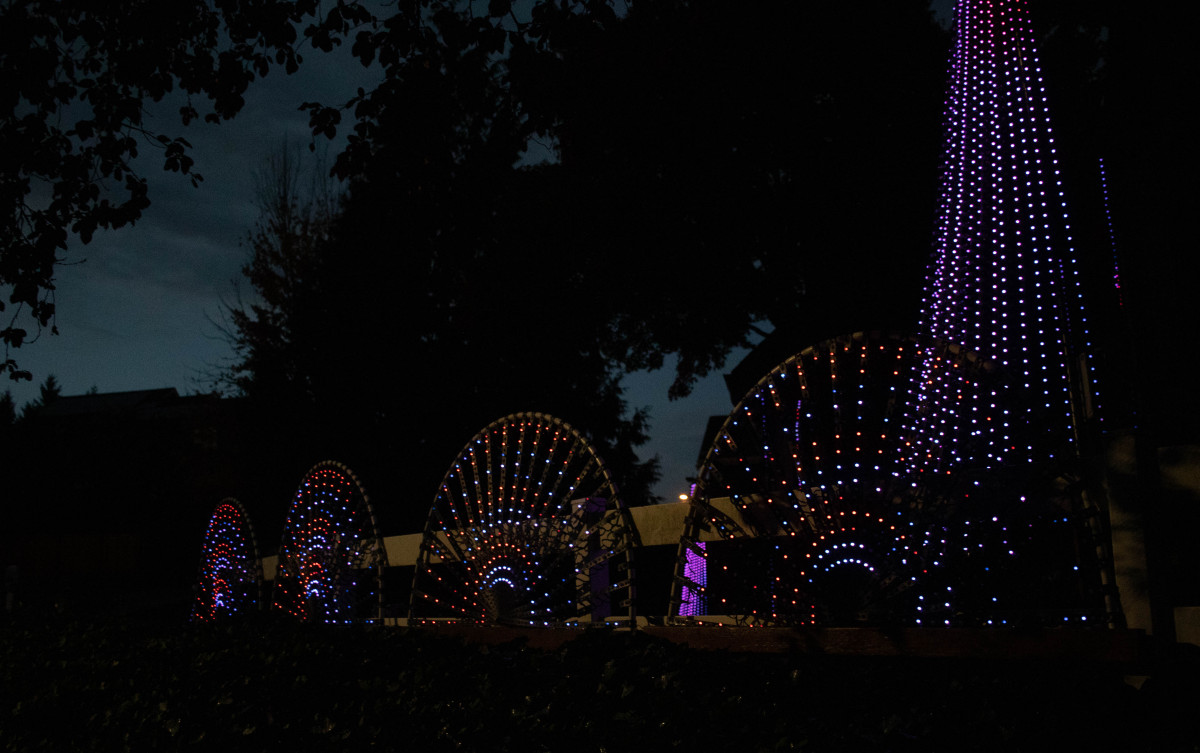 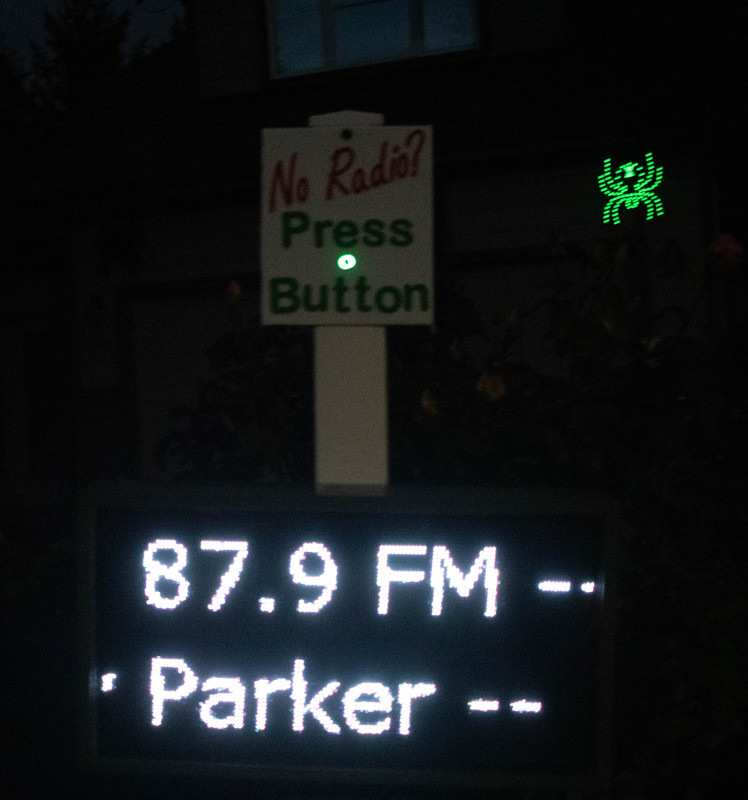 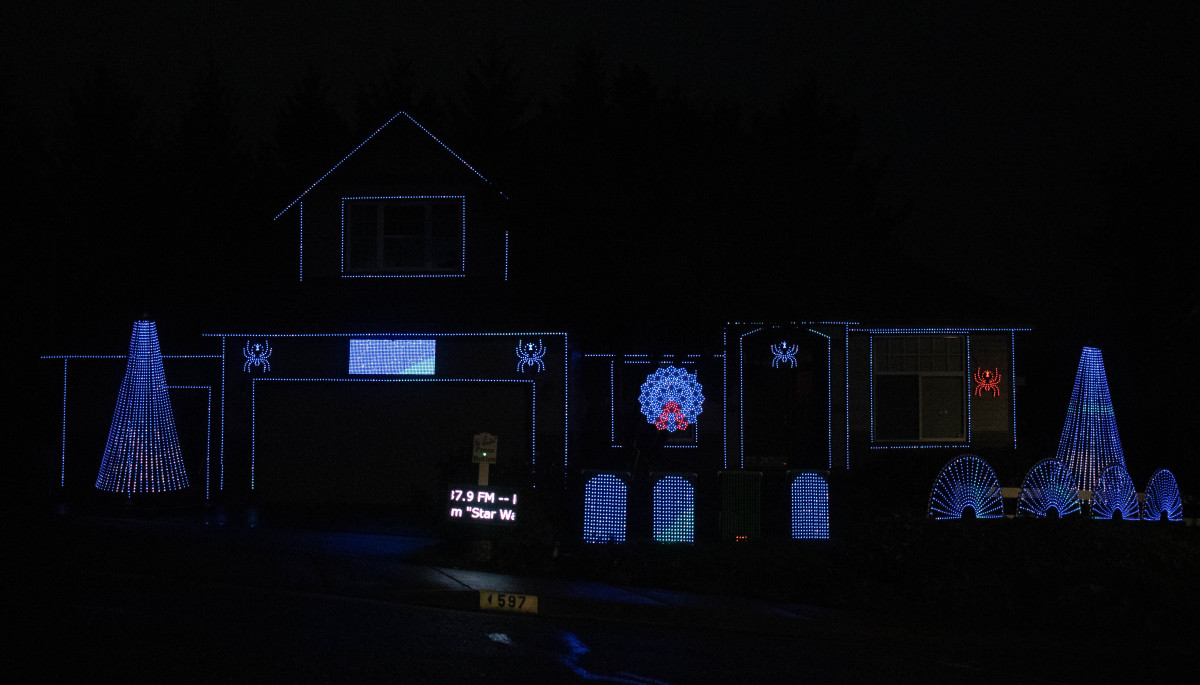 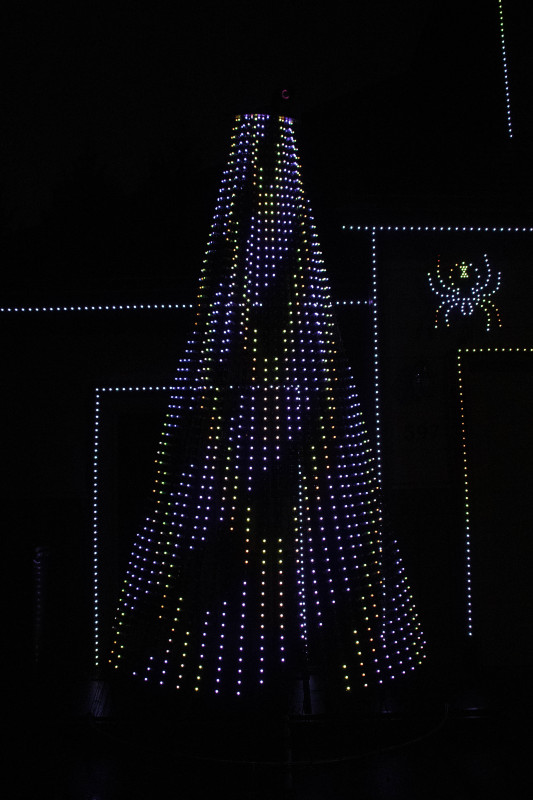 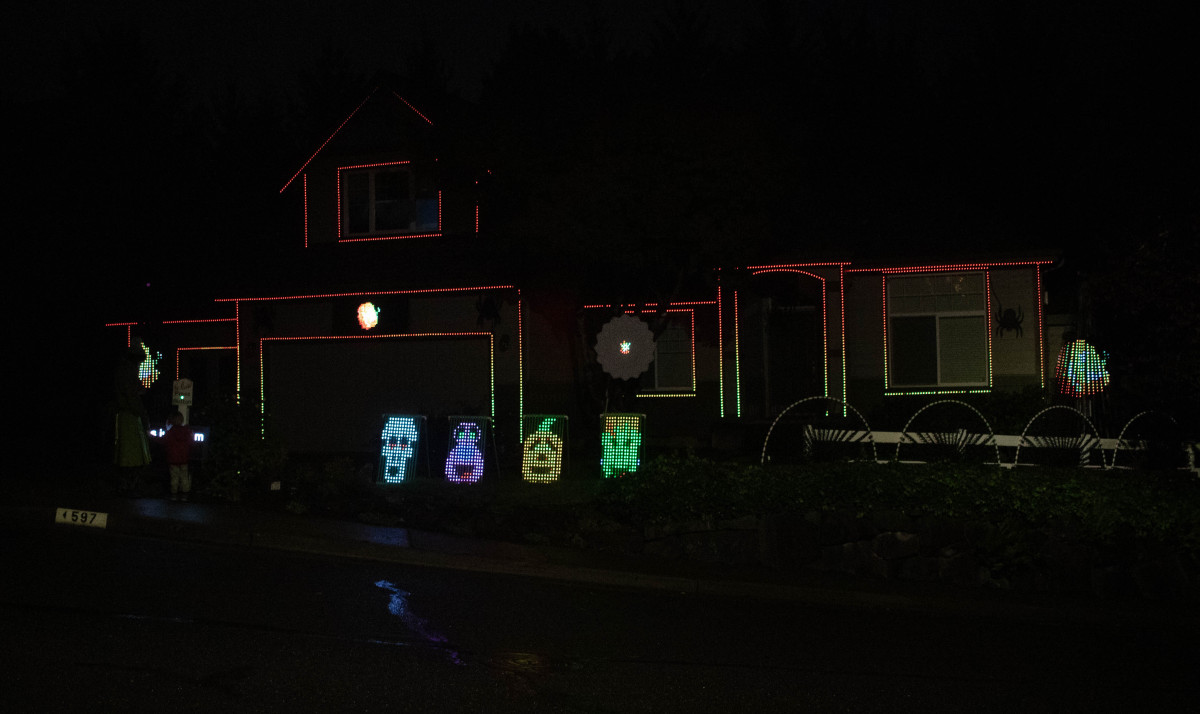