Since taking over the helm of the Philomath High School volleyball program, Denee Newton’s coaching repertoire has always included tactical elements with layers of an almost scientific approach to the game. She can pull out an opponent’s attack tendencies complete with a multi-colored spray chart to illustrate strategies to her players.

In practice, athletes are not limited to physical action on the court but include whiteboard sessions with conversations on specific parts of the game.

“Yesterday, we had — they might call it a slow practice — but we did a whole course on defensive systems just from beginning to end and we had them write principles,” Newton said. “They were all on our whiteboard in the back and so we were just really practicing for Thursday and tonight, just making sure we’re looking at the other side and tracking their attackers.”

Philomath (5-5 overall, 4-2 Oregon West) on Tuesday night overwhelmed a struggling Newport squad with a three-set sweep, 25-18, 25-6, 25-8. The Warriors can now turn their full attention to Cascade in a match that will have a major impact on the conference standings.

“We’ve been trying to get them to think about where the majority of the attackers go,” Newton said, mentioning how one opponent may hit mostly from the outside while another might be more focused on the middle. “So we were just working out some stuff and thinking about Thursday. These girls were just excited to play tonight and they did great; they met their goals.”

It’s difficult to not think about the Cascade match, which is scheduled for 6 p.m. Thursday on the road. The two teams had a classic marathon battle back on Sept. 7 in the PHS gym with the Warriors winning in five sets after dropping the first two. The Cougars haven’t lost a conference match since and in their last two have taken down both Sisters and Sweet Home.

With the first trip through the league now complete, the Oregon West standings show Cascade and Sisters at 5-1 with Sweet Home and Philomath at 4-2.

The Warriors had few problems against Newport on Tuesday, although the Cubs pushed the home team a bit in the opening set. Tied at 12-12, Philomath finally started to take control with four straight points, a run that included an Ashlynn Barron kill.

The Warriors had another four-point run a short time later with two coming on Abigail Brown aces and one on an Ahnika Tryon tap at the net. Sage Kramer later had the winning point on one of her team-high 11 kills.

The second and third sets were no contest with Philomath vaulting out to significant leads from the start. In the second set, Barron served for six straight points after a sideout as part of a 7-0 lead. She was also at the service line when the Warriors closed out the set with the final four points. Barron had back-to-back aces, Reagan Larson put the ball over for a point and Kramer came up with a kill to close out the set.

In the third set, Philomath led 5-0 again with Barron at the service line. Abigail Brown later had an impressive run serving with several aces and Kori Galvan was serving when the team scored the final five points to take the match.

On the attack, Barron had nine kills in addition to those 11 by Kramer. Reagan Larson had 23 assists and Brown, Larson and Tryon had blocks. On defense, Taylor Roe finished with 15 digs.

Following the Cascade match on Thursday, the Warriors had been scheduled to play Saturday in the Mt. Hood Classic at Sam Barlow High School but Newton said it has been canceled. She was unsuccessful at trying to find a replacement tournament.

Conference Standings
(As of Sept. 28) 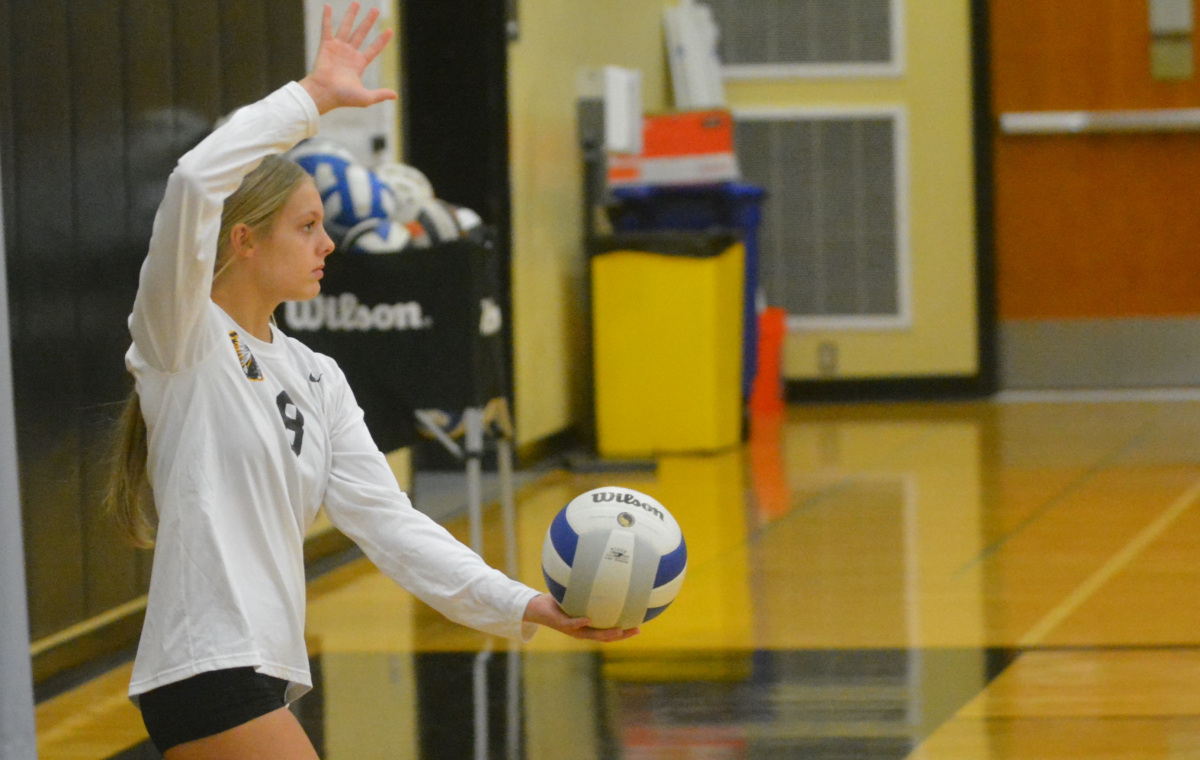 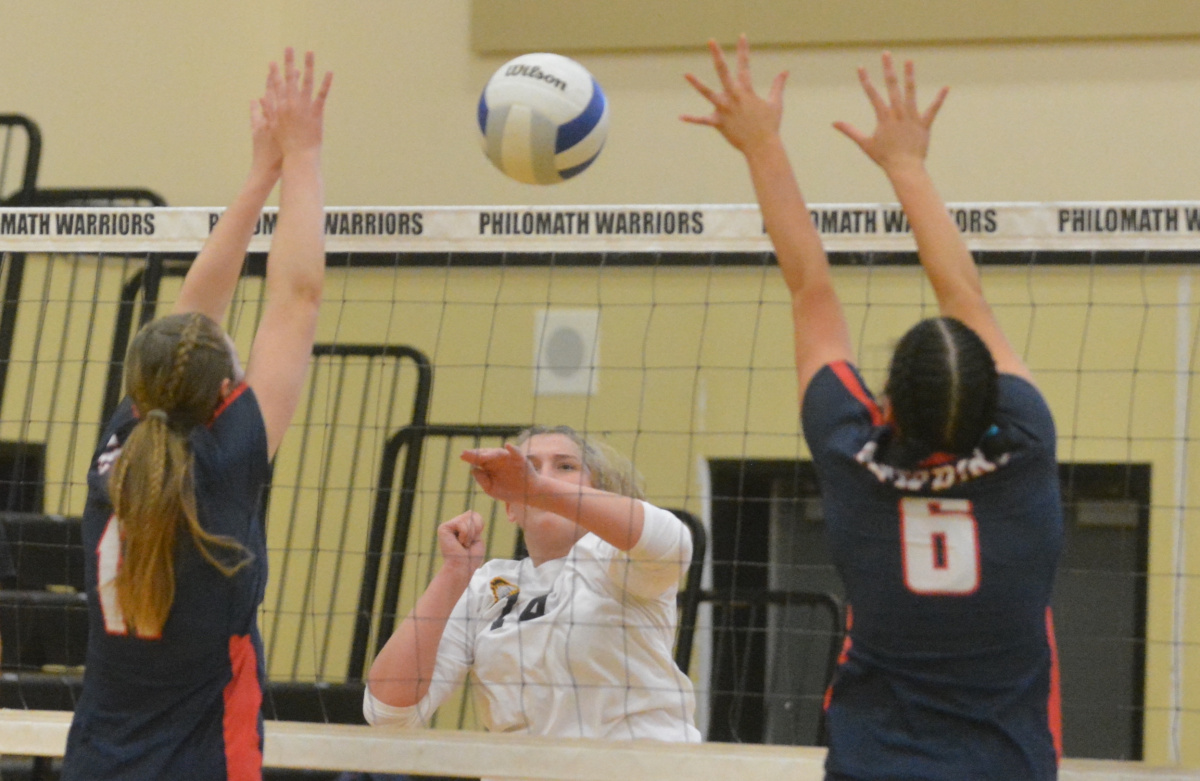 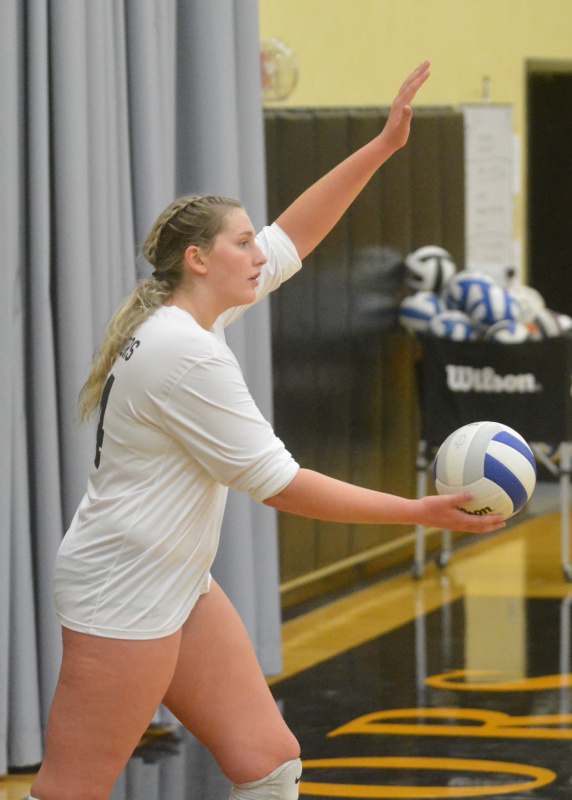 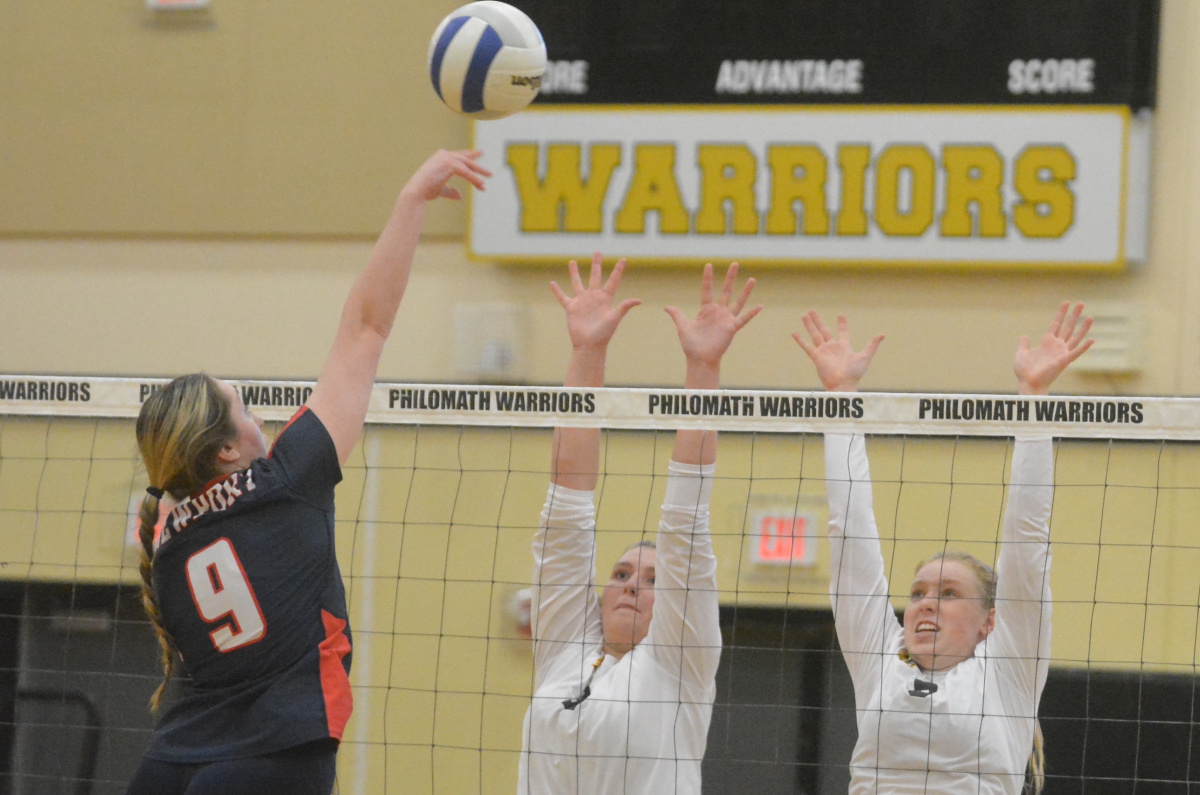 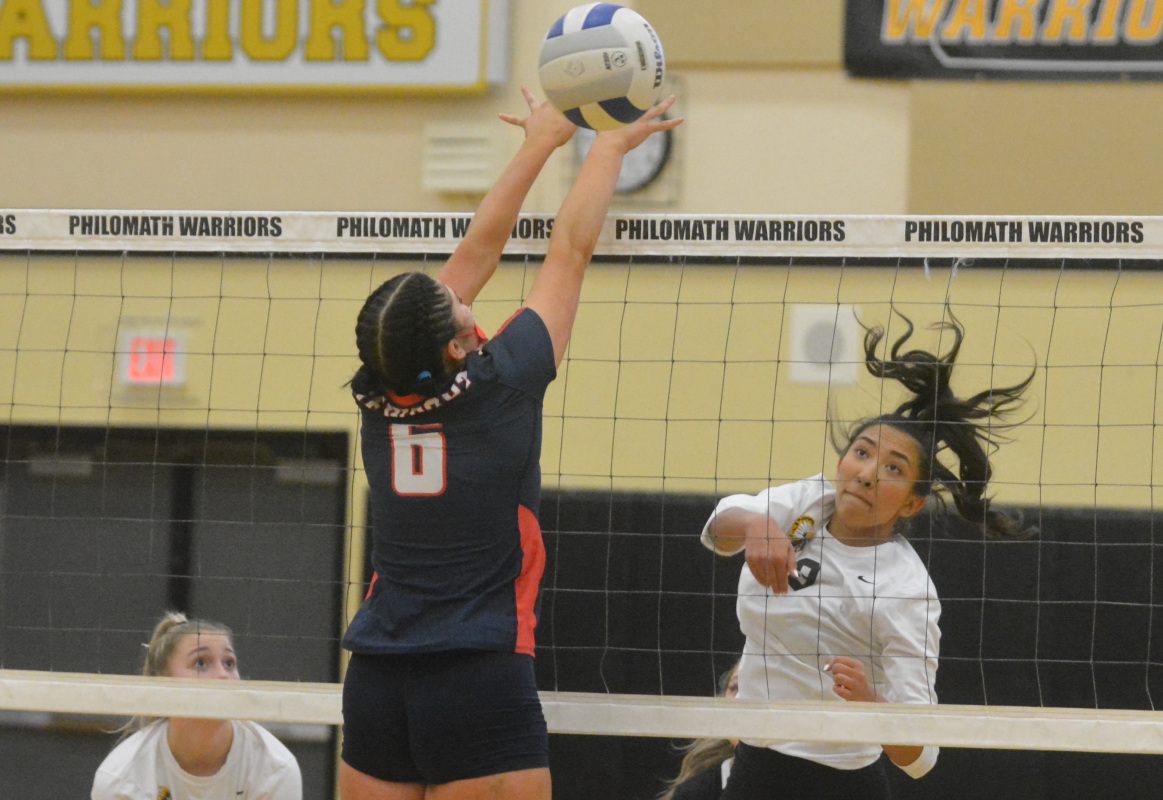 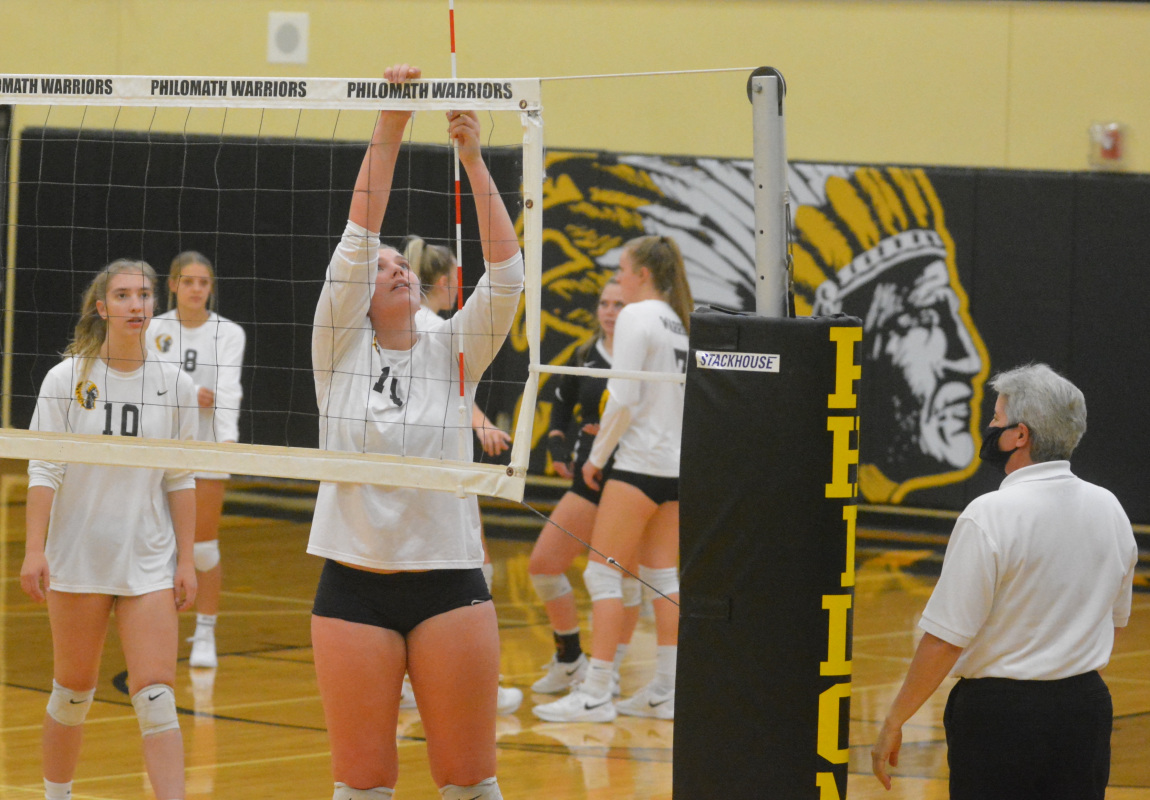 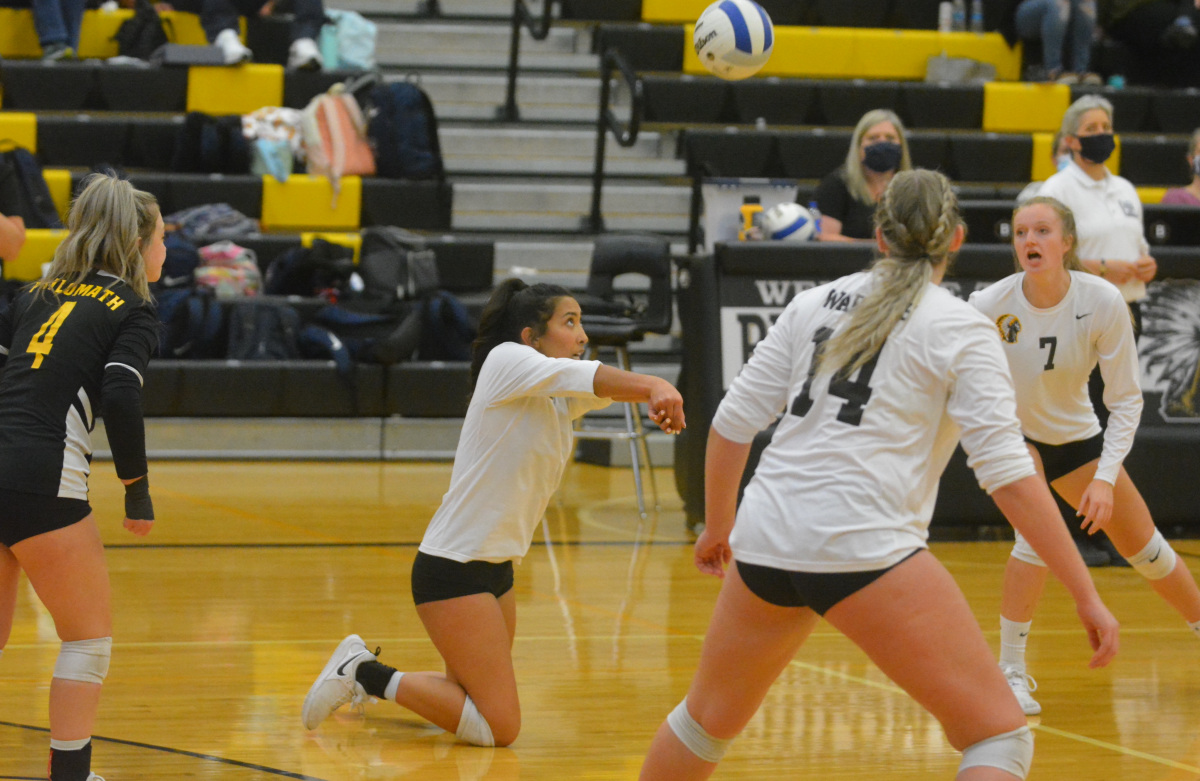 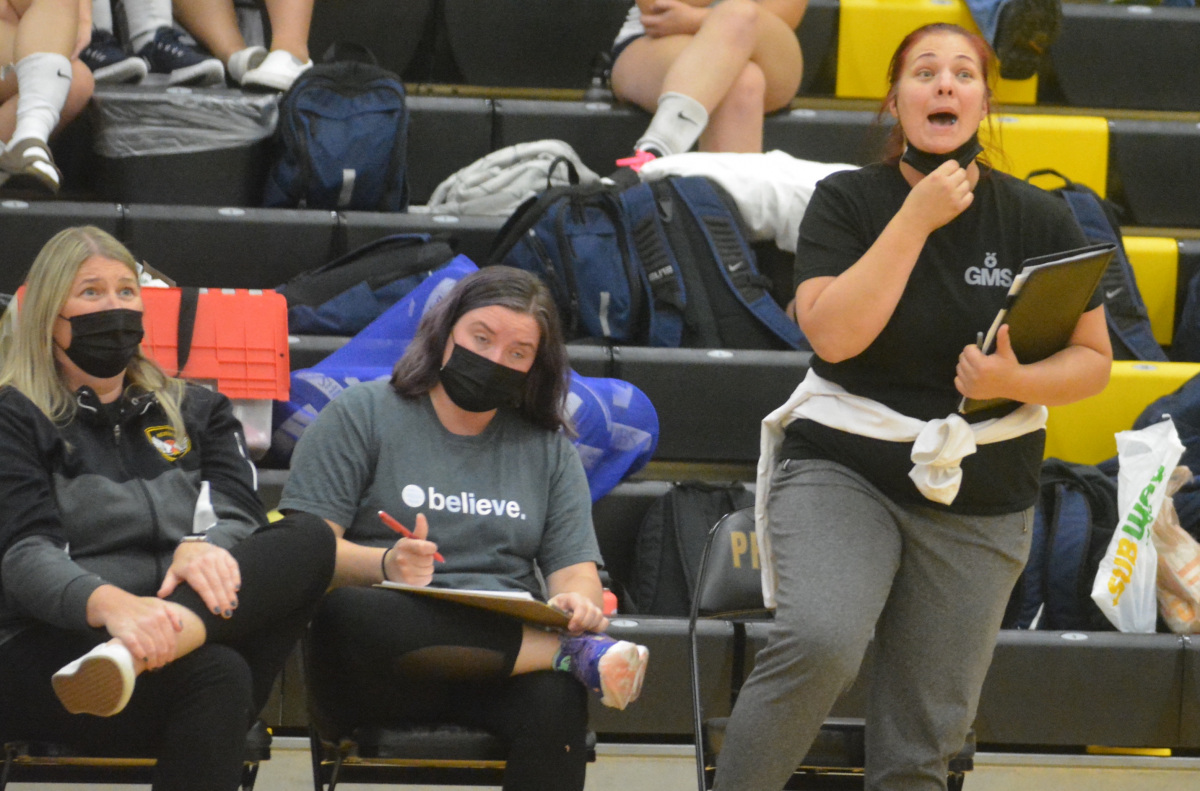 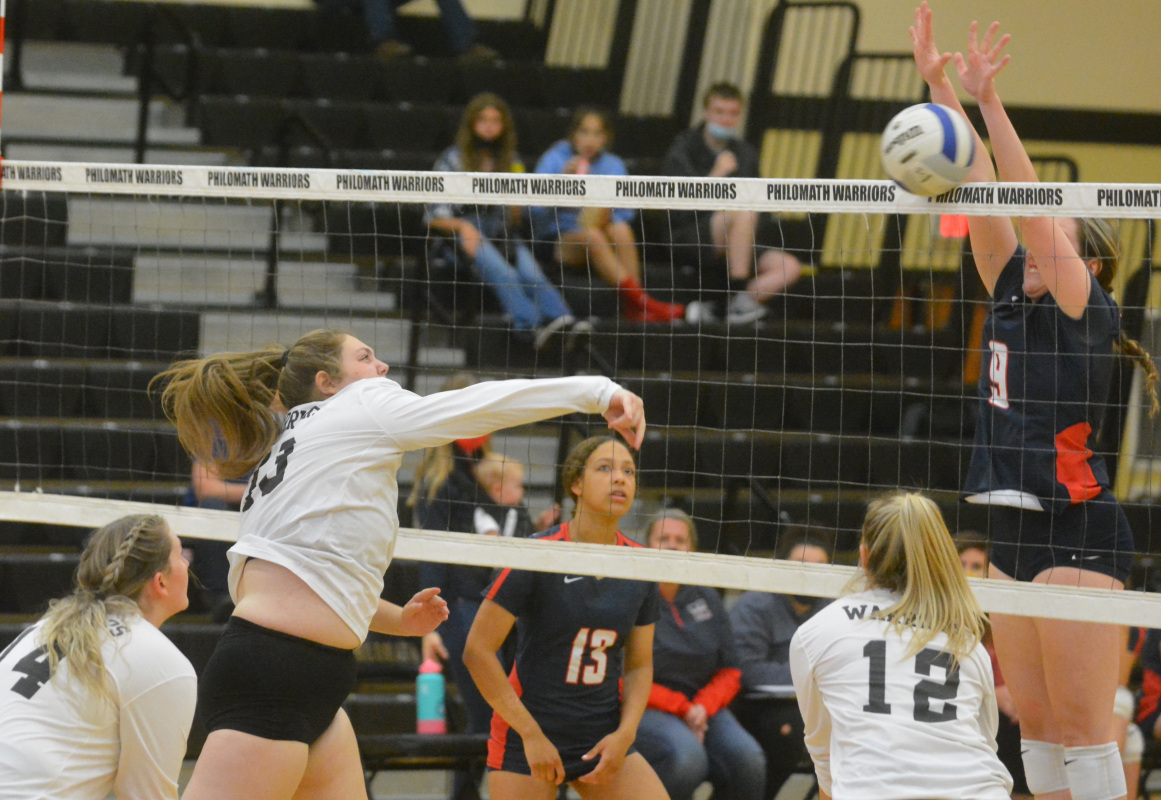 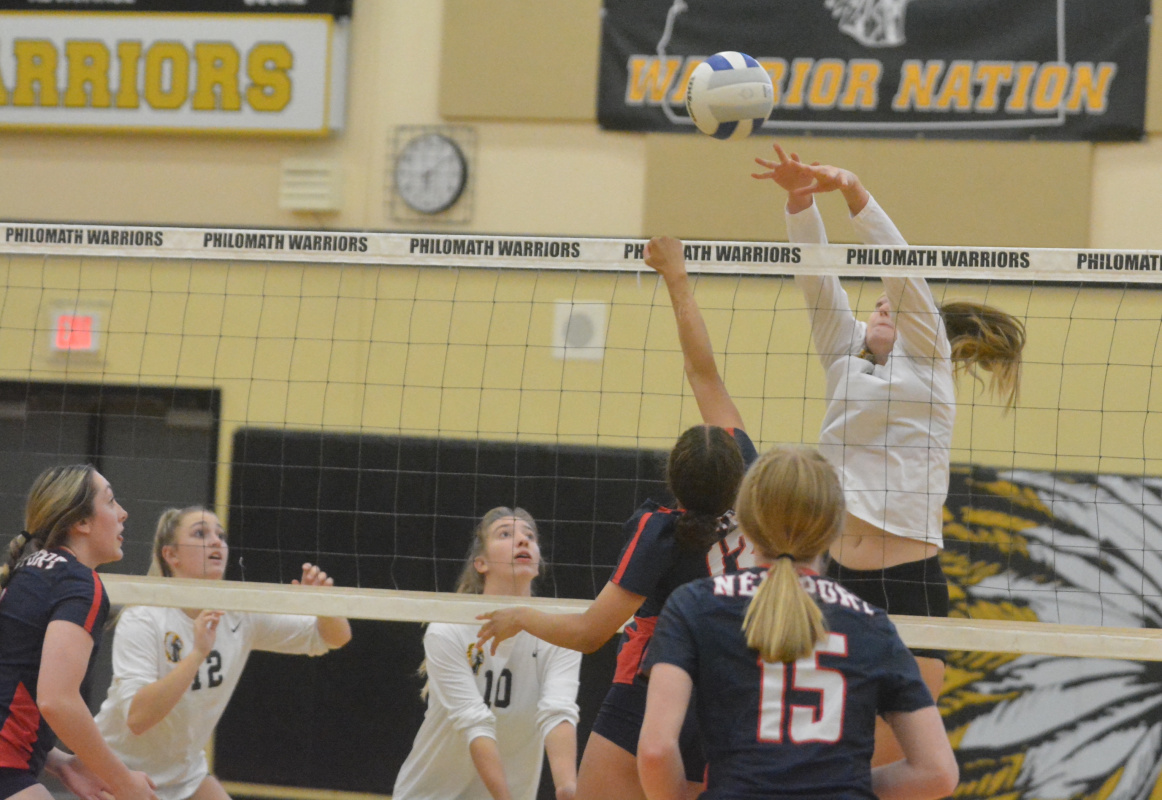 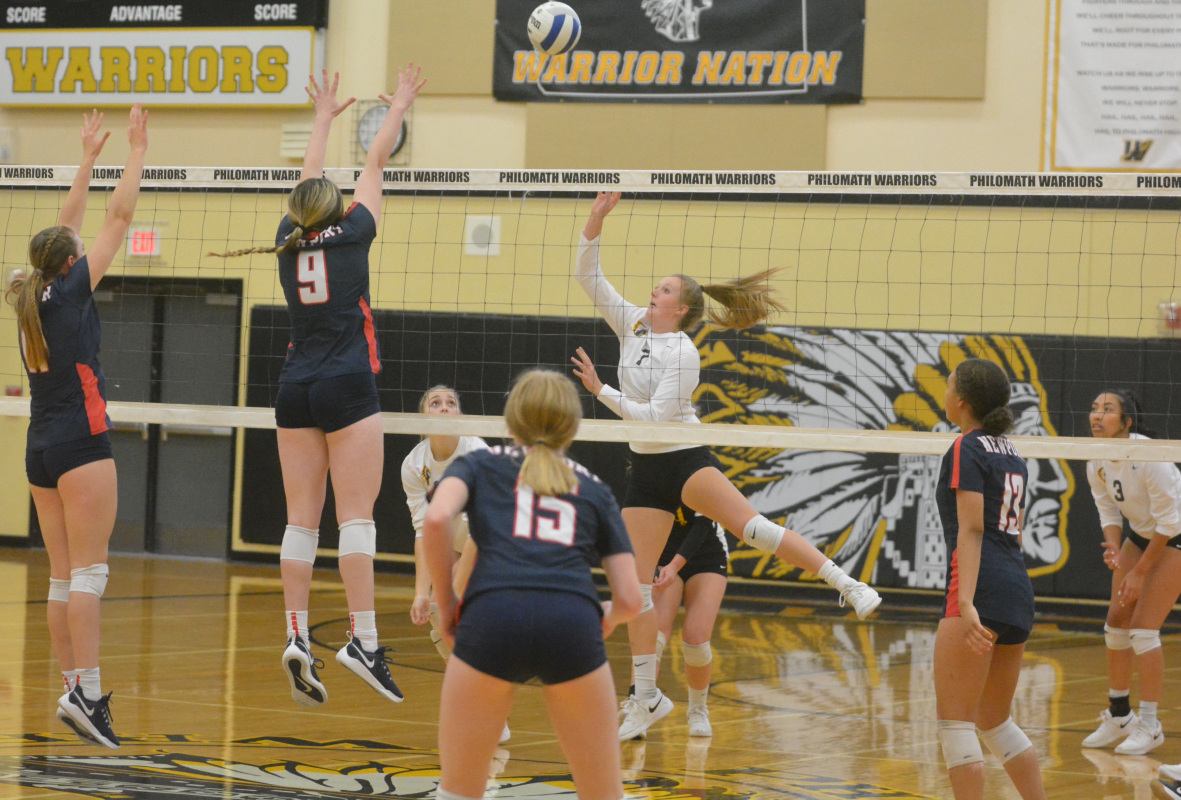 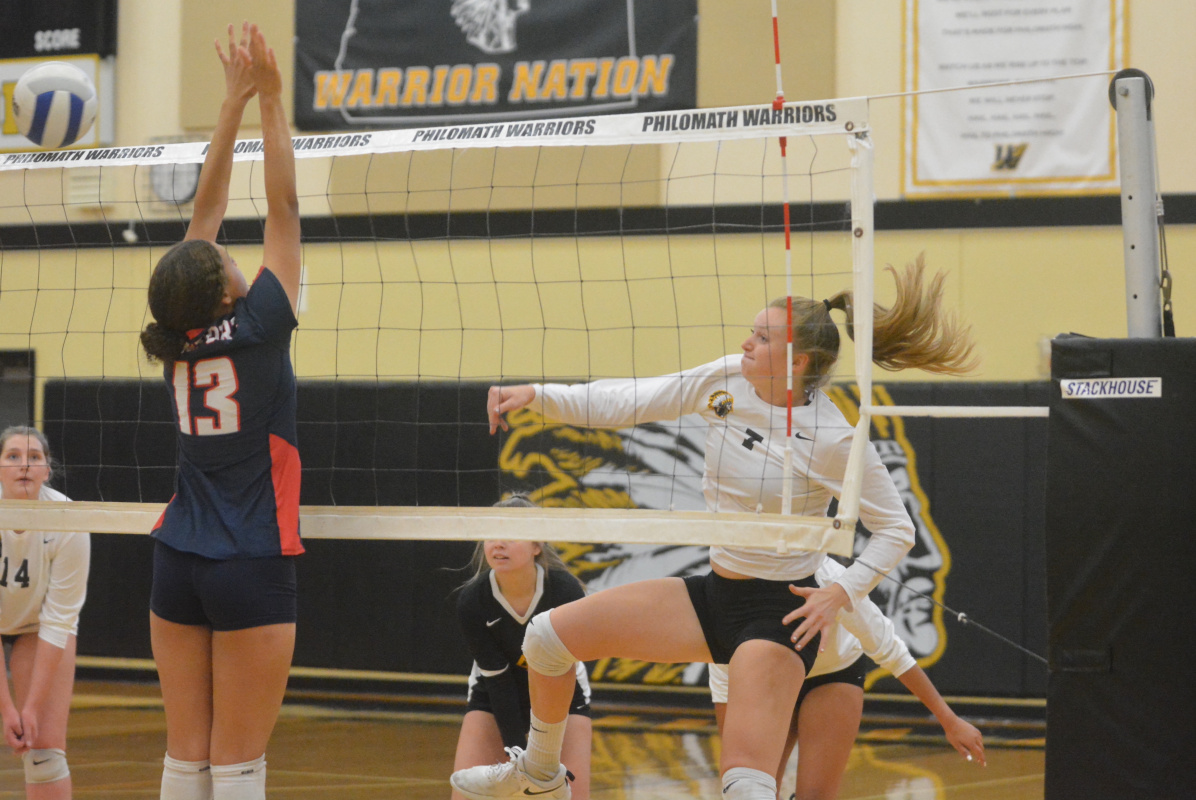 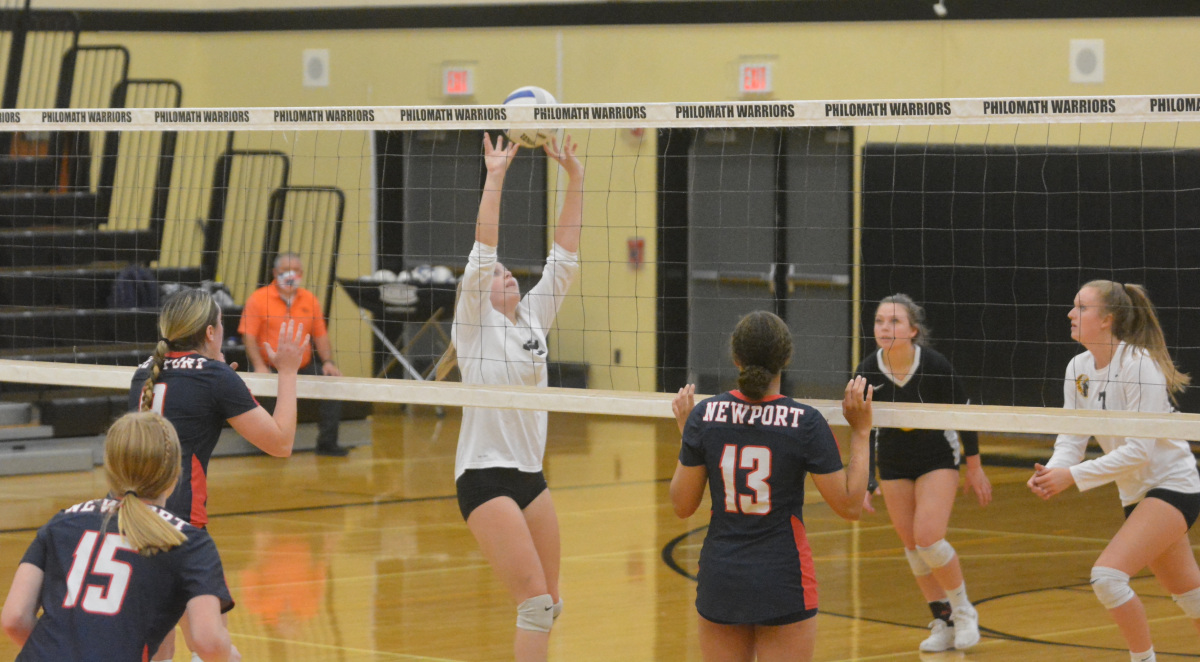 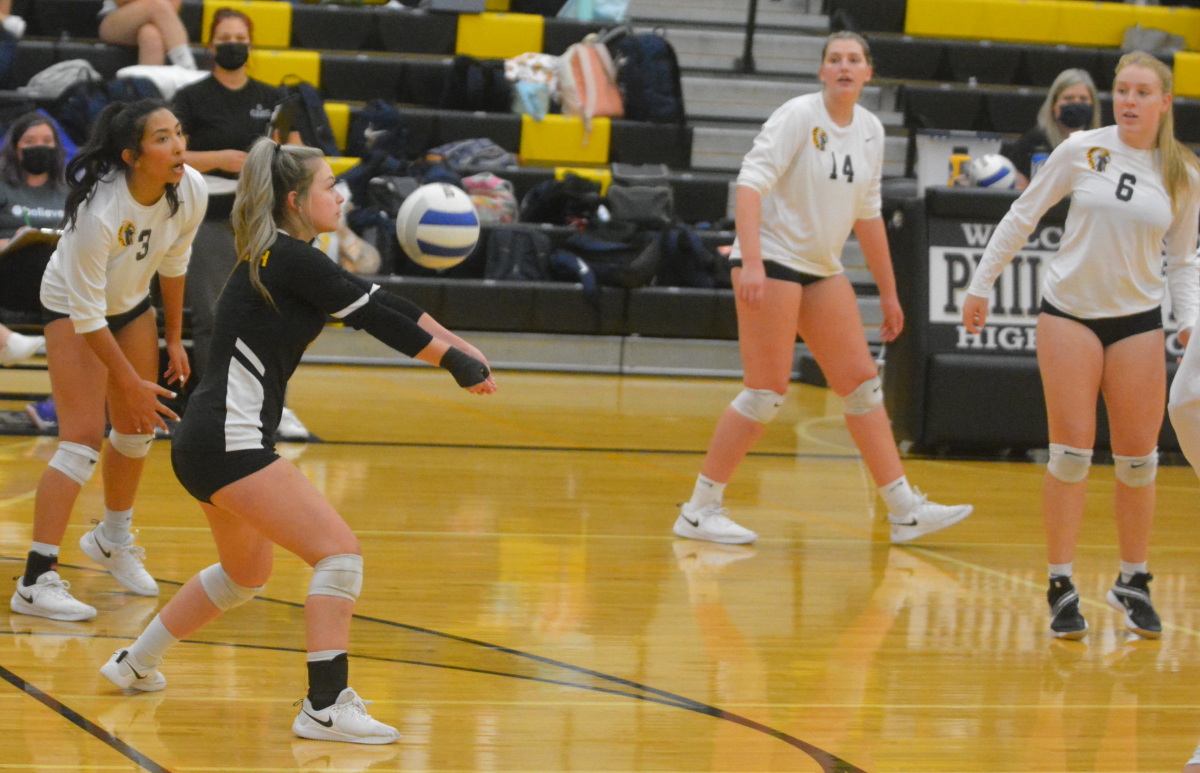 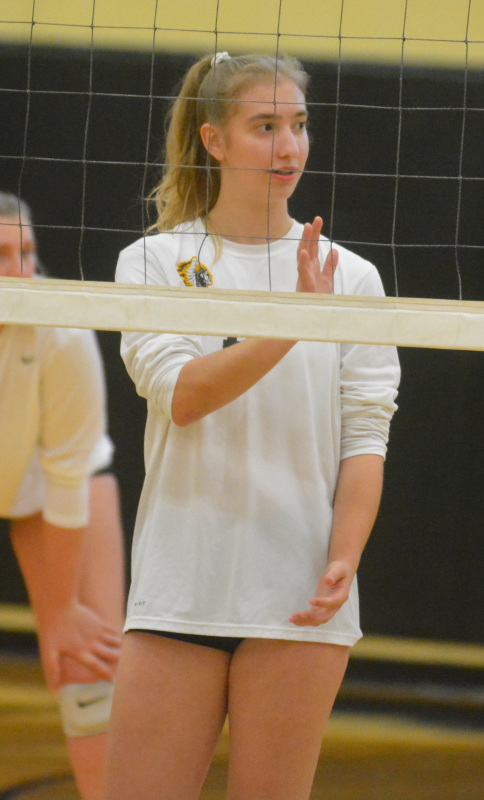 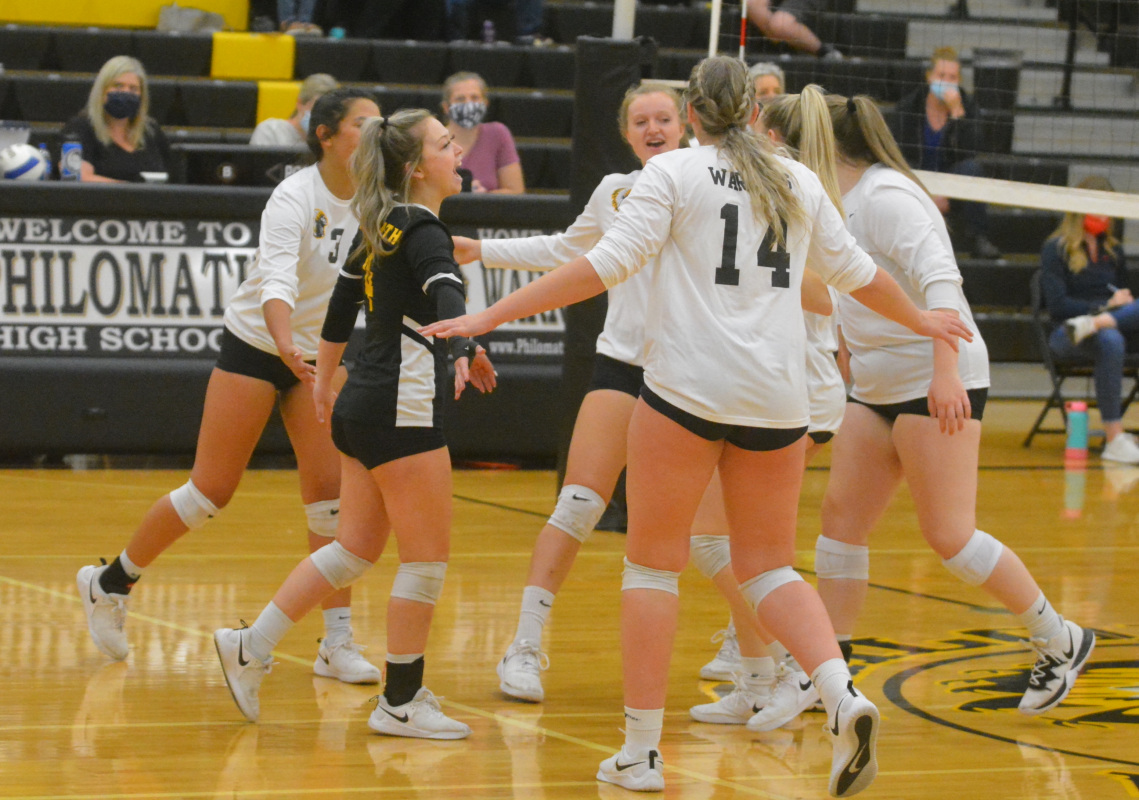 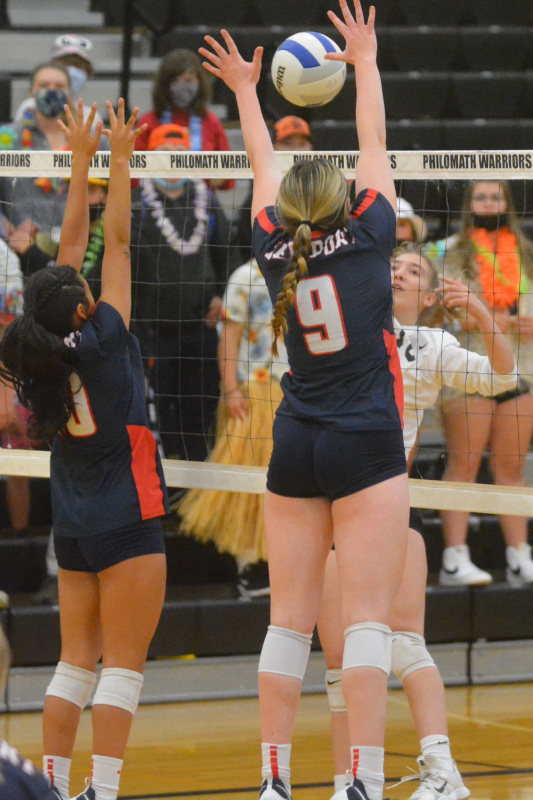 Previous articleGallery: PHS boys soccer vs. Sisters (Sept. 28, 2021)
Next articlePhilomath downs Sisters to set up showdown of unbeatens at Stayton