The pieces all fell into place on Thursday afternoon for the Philomath High School boys soccer team — senior Dylan Bell’s perfect free kick that led to a first-half goal, defensive adjustments that frustrated the opponent’s attackers, a goalkeeper who has not allowed a ball into the net in 160 regular-season minutes and aggressive, fluid playmakers that took advantage of opportunities late in the second half.

It all added up to a 3-0 victory for the Warriors over visiting Molalla.

“I ended up changing formations on the guys four times today to counter what our opponents were doing,” PHS coach Dave Ellis said. “I kept giving them formations we’ve never played.”

For example, Philomath came out for the second half in what is known as the “Christmas tree” formation.

“It’s 4, 3, 2, 1 and that closed the space in the middle of the park where they were having all of that joy with 9 and 11,” said Ellis, referring to the Molalla players wearing those uniform numbers. “Once we could neutralize them going forward, then we could go back at their back four.”

Senior Mark Grimmer, who scored in the 70th minute for a 2-0 lead to drive a dagger through Molalla’s hopes, saw an all-around effort on both ends of the field.

“They were a very good attacking team. I think that we did just a really good job altogether with our attack, our defense,” Grimmer said. “We changed formations quite a few times and some people changed positions.”

Freshman Silas Pittman, for example, switched from an attacking role and dropped back to help on defense. Sophomore Favian Aceves executed well in the midfield and as Grimmer said, “just worked really hard at getting the ball up to us forwards.”

Philomath scored in the game’s third minute to put the Indians into an early hole. Bell came through with the aforementioned free kick and junior teammate Mateo Candanoza finished with the goal.

“He drove the ball through the gap, bent it in,” said Ellis, adding that it was a kick that would’ve made Beckham proud. “I haven’t seen a ball hit that well in a very, very long time. That was magical.”

Philomath came very close to scoring a second goal late in the first half. On the play, Grimmer dribbled past Molalla’s goalkeeper, who had attempted to come out for the ball. A Molalla defender got in the way of Grimmer’s try for the net but the ball still bounced around dangerously close to the goal line. Molalla’s keeper recovered in time to get back to the net and grab the ball just as it started to go over the line.

“The AR (assistant referee) was perfectly positioned and so if he didn’t think it was a goal, it wasn’t a goal,” Ellis said.

In the final seconds, Candanoza just barely missed on a header following a corner kick by junior Chase Ringwald.

In the second half, Molalla created opportunities but could not finish, often frustrated by Philomath’s defense. Junior goalkeeper Teddy Benbow stopped several shots.

“They got off some good shots. … We were very fortunate but I do think Teddy is a candidate for 4A goalkeeper of the year — I think he’s phenomenal,” Ellis said.

In addition, the Warriors were without a starter on the back line, which forced the coach to make a few changes. Still, Molalla had no luck getting through.

“We had to adjust our back line and move some new people into places,” Ellis said. “Chase (Ringwald) again was a monster for us in the back — he made the move from outside back to center back — and he had two goal-line clearances.”

Benbow put on a display of calm and command in the net. He first learned to play goalkeeper at a younger age when living in Idaho but he got away from it for a few years.

“As soon as I came back to Oregon, I started doing it again and just training with people outside of practice — like getting extra training and focusing specifically on that has helped a lot,” Benbow said.

Molalla came at Benbow with an aggressive attack in the first half and added several other opportunities in the second.

“It was definitely intimidating, they were taking a lot of shots,” Benbow said. “We weren’t stepping to them as fast as I wanted but luckily, a lot of their shots were pretty much at me, so I didn’t have to make a lot of movement. But it’s definitely scary when people are ripping them from just outside the box.”

On the other end, Grimmer’s goal in the 70th minute was unassisted after he intercepted the ball on a Molalla free kick in the middle of the field.

“I took the ball, dribbled it and I almost fell down … but I looked up and saw that if I got through, I’d have 1-on-1 with the goal,” Grimmer said. “So I tried to stay up as hard as I could and just stayed composed to the end. It was just really great being able to finish that one after the couple I missed earlier.”

In the 76th minute, Grimmer drew a Molalla foul in the box to set up a penalty kick. Junior Seth Arthurs took the PK and his shot went right to the Indians goalkeeper, bouncing off his hands. Arthurs immediately picked up the rebound and buried the shot for a 3-0 lead.

“That’s a really, really good team, a really dangerous team and that’s a great win for us,” Ellis said.

Grimmer believes it’s a sign of things to come.

“We are definitely doing a lot better than we were a couple of years ago and it’s only going to get better from here on out,” he said. “Pretty soon, we’ll be making more of the opportunities that we have.”

Philomath may have been flying under the 4A radar heading into the season but the road win over No. 5 North Marion and now with a three-goal win over Molalla, a team that tied for 12th in the preseason coaches poll, the Warriors have definitely attracted some attention.

“Compared to other years, we just have a lot more confidence in our ability and our skill is matched with that,” Grimmer said.

Philomath will hit the field again on Tuesday with a trip to Salem to face 3A Blanchet Catholic. The Cavaliers will enter the game with a 0-0-1 record, it’s lone contest on Wednesday ending in a scoreless tie against Portland Adventist Academy.

Conference Standings
(As of Sept. 2) 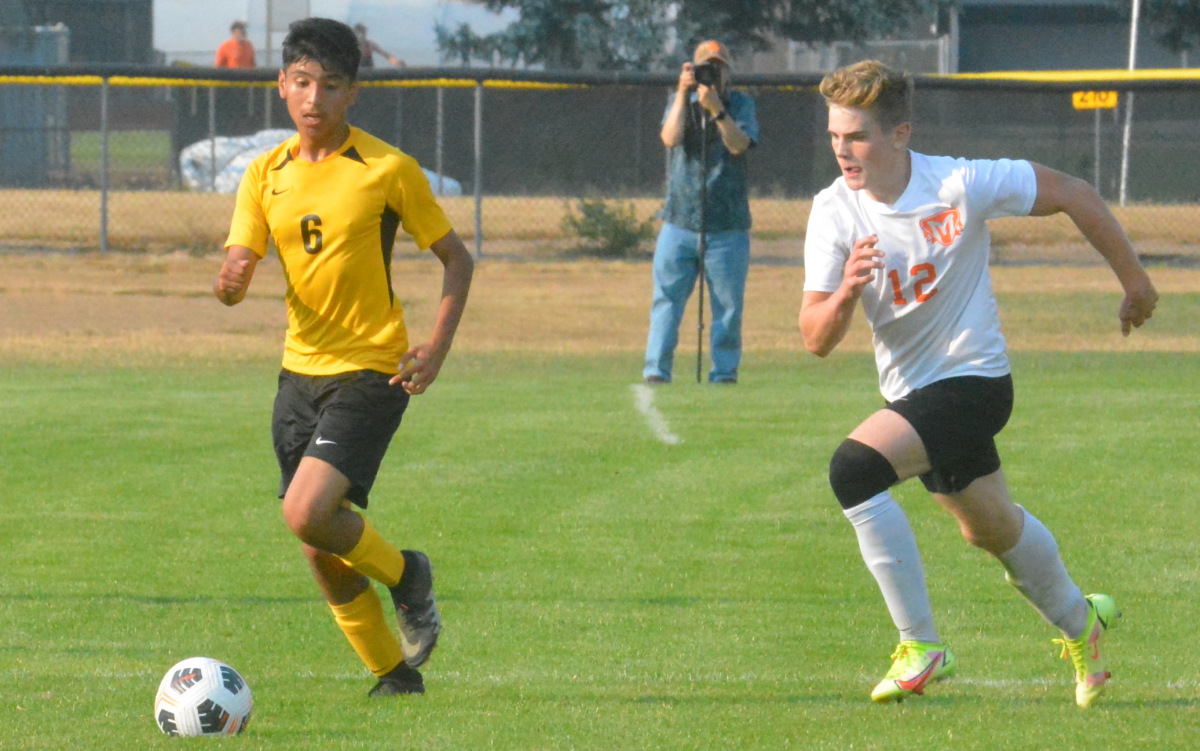 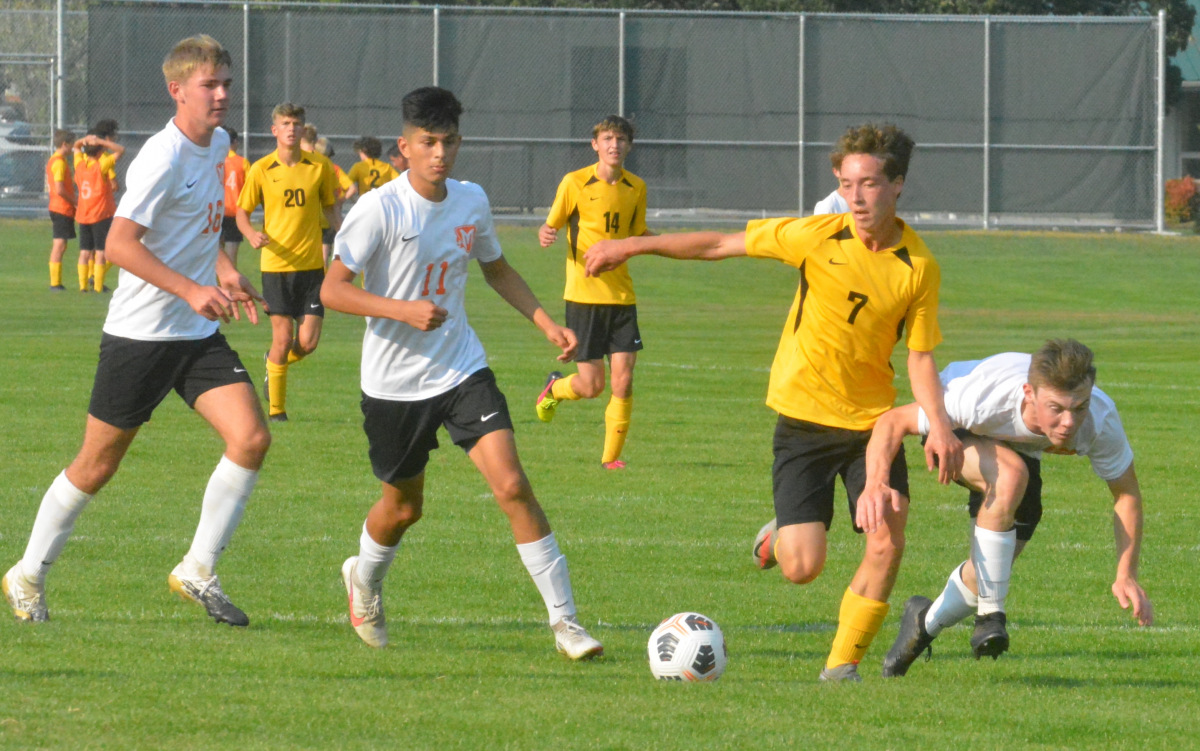 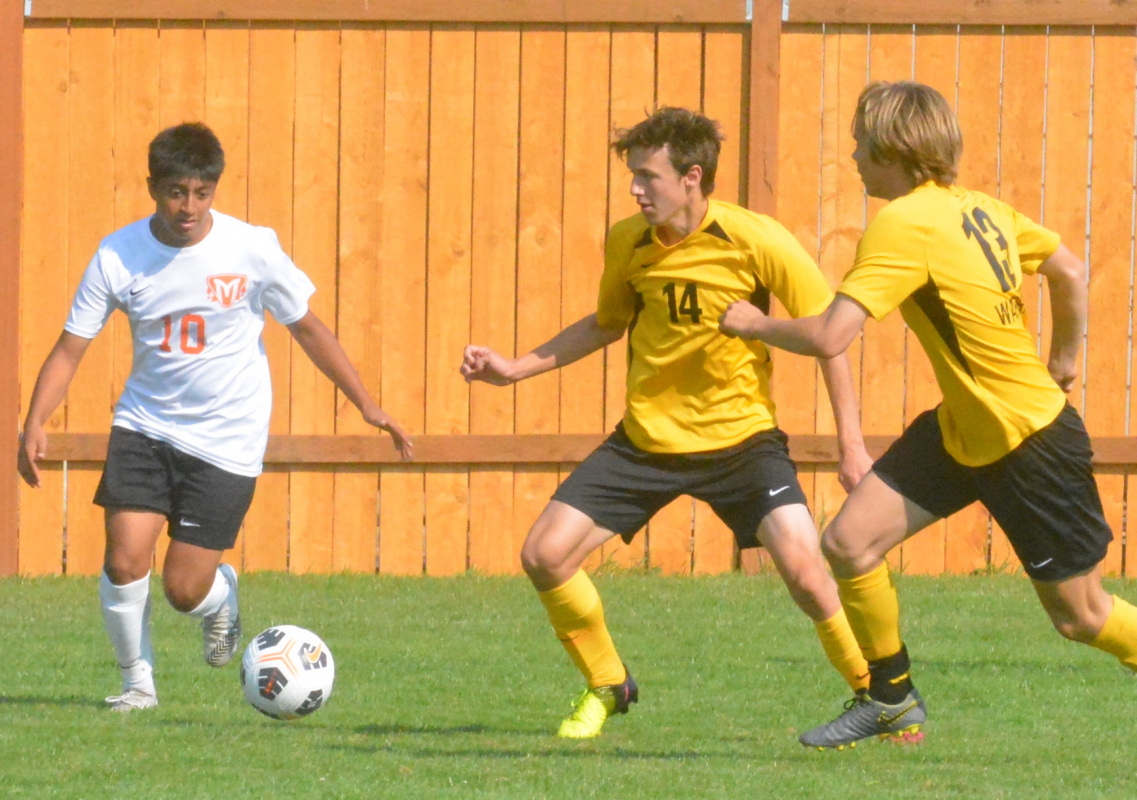 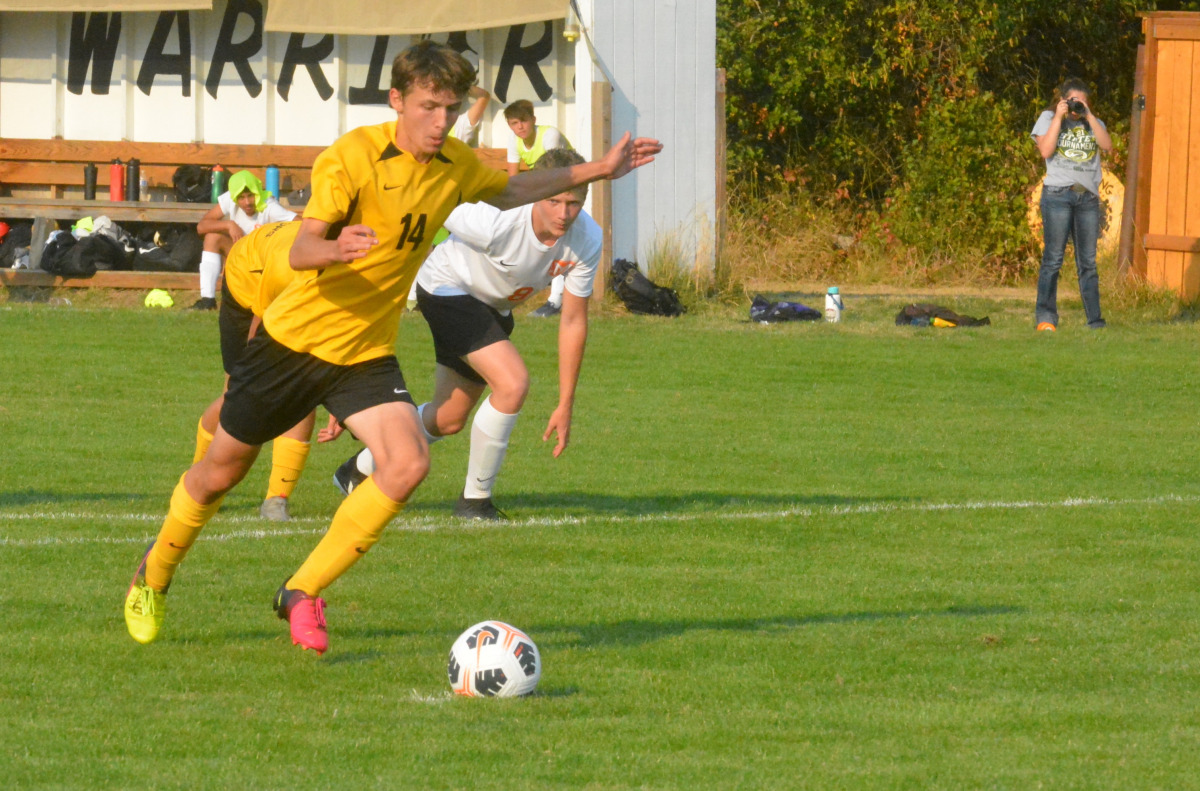 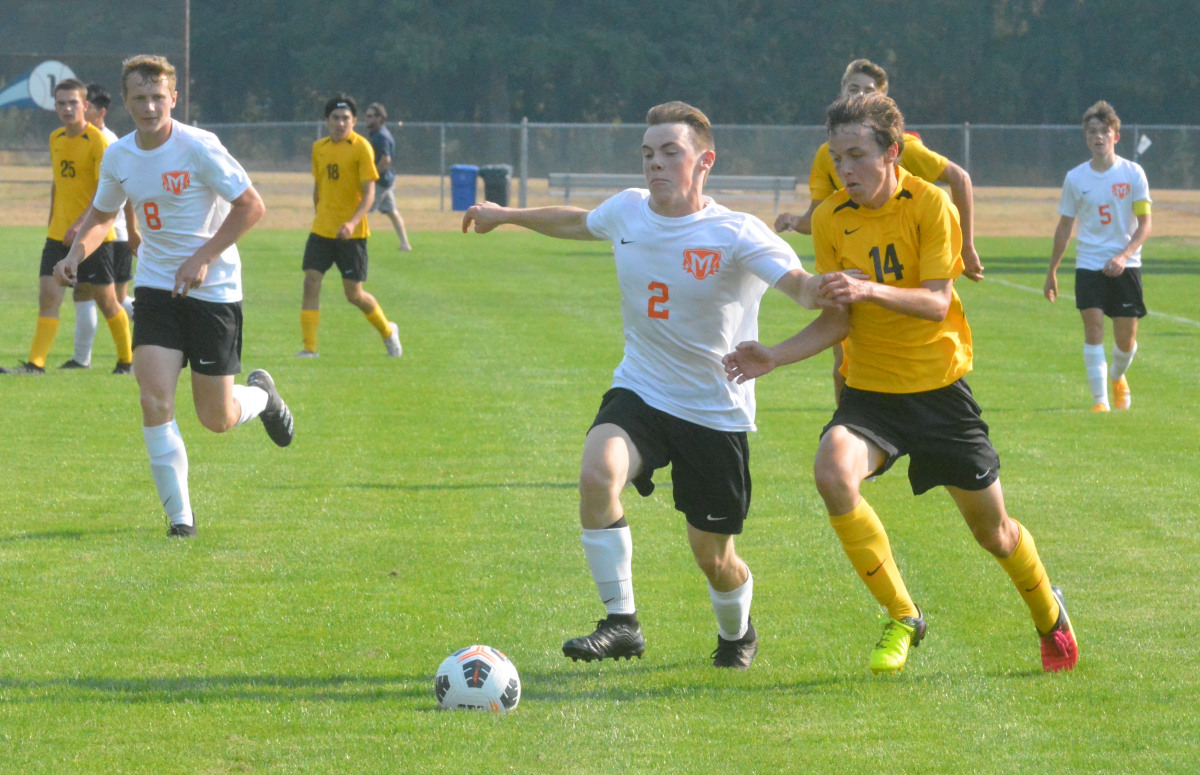 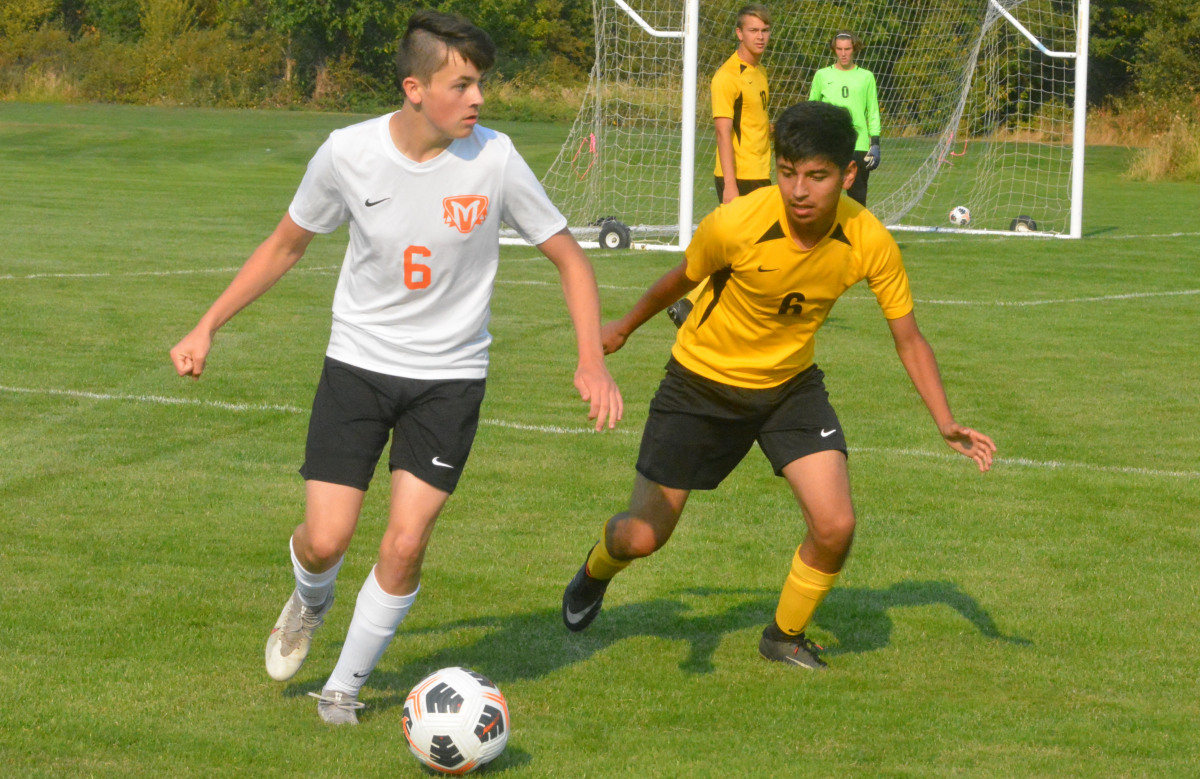 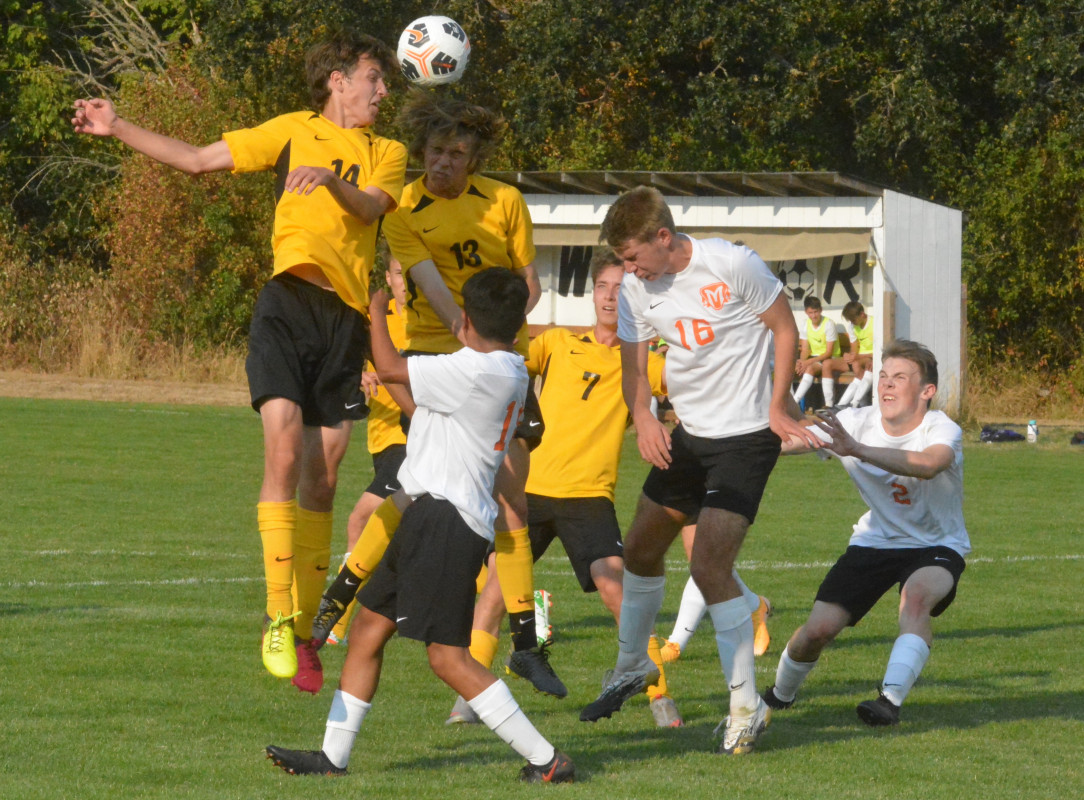 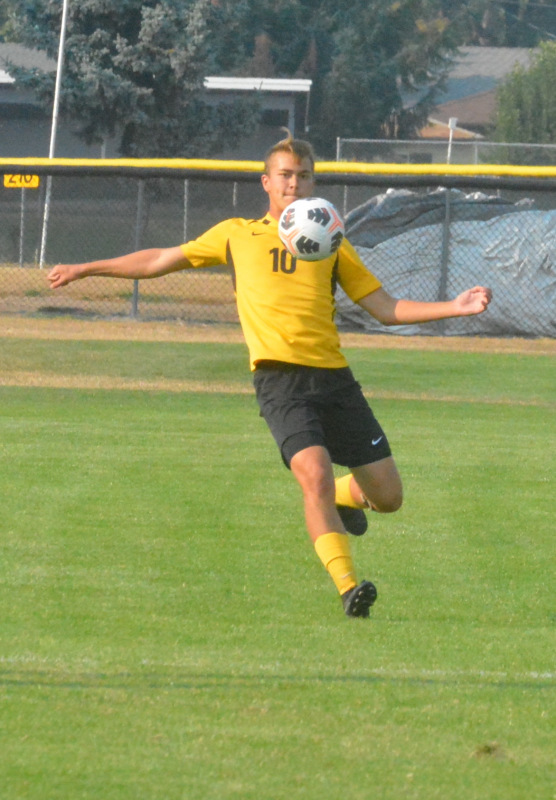 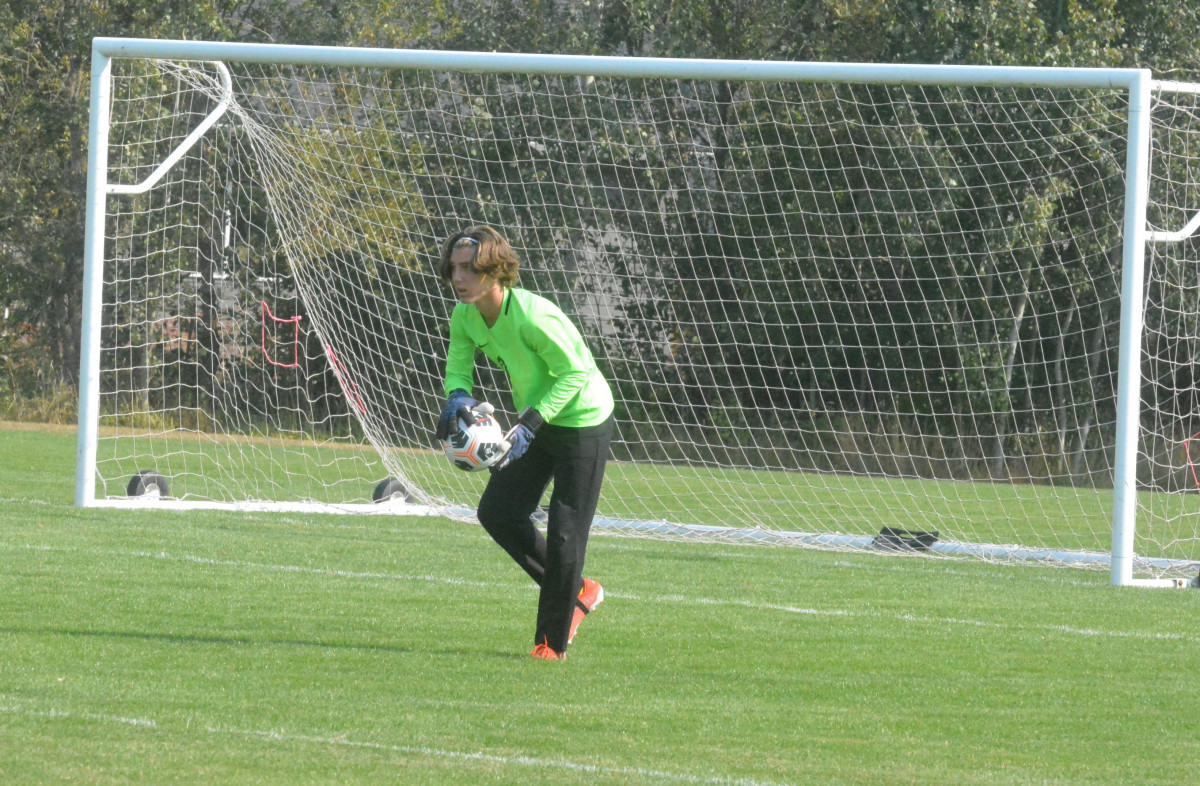 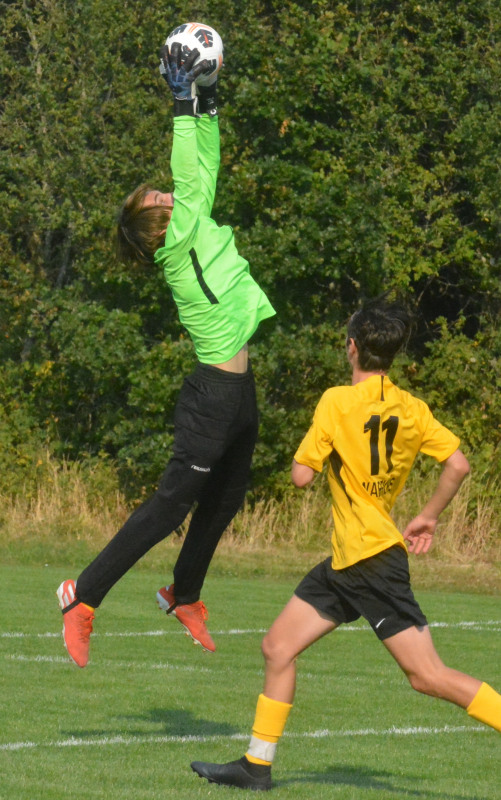 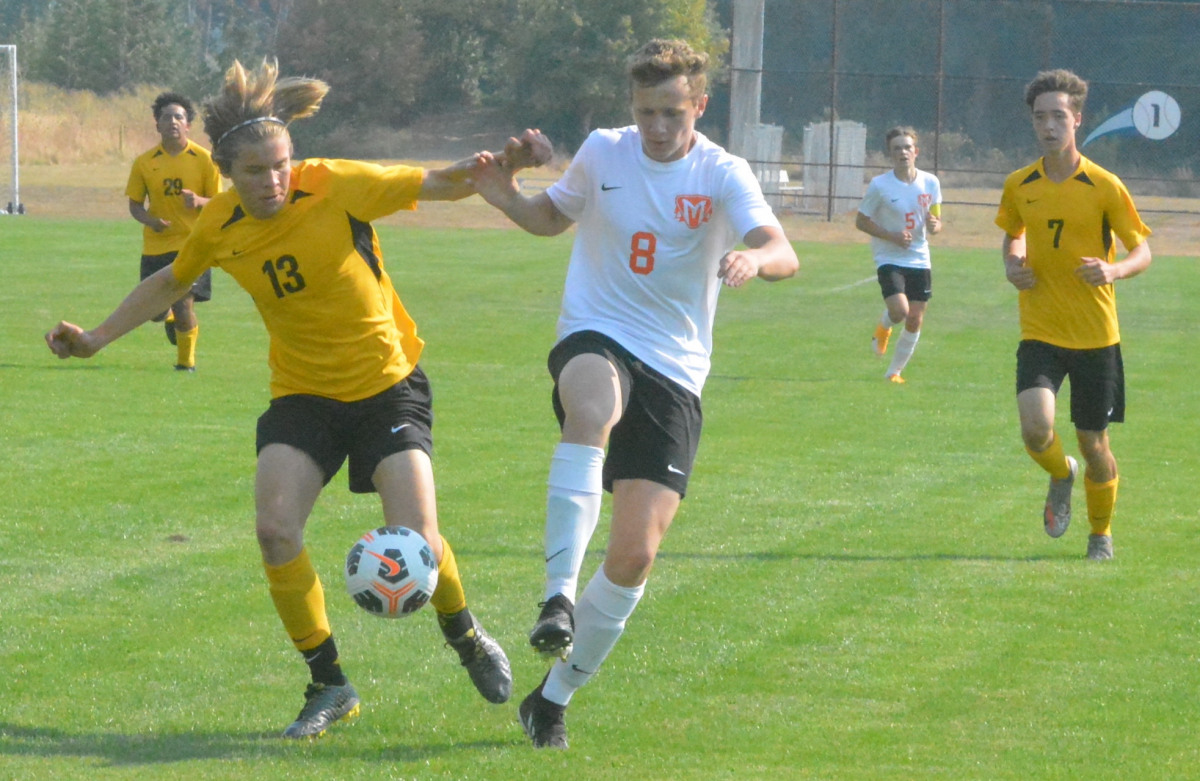 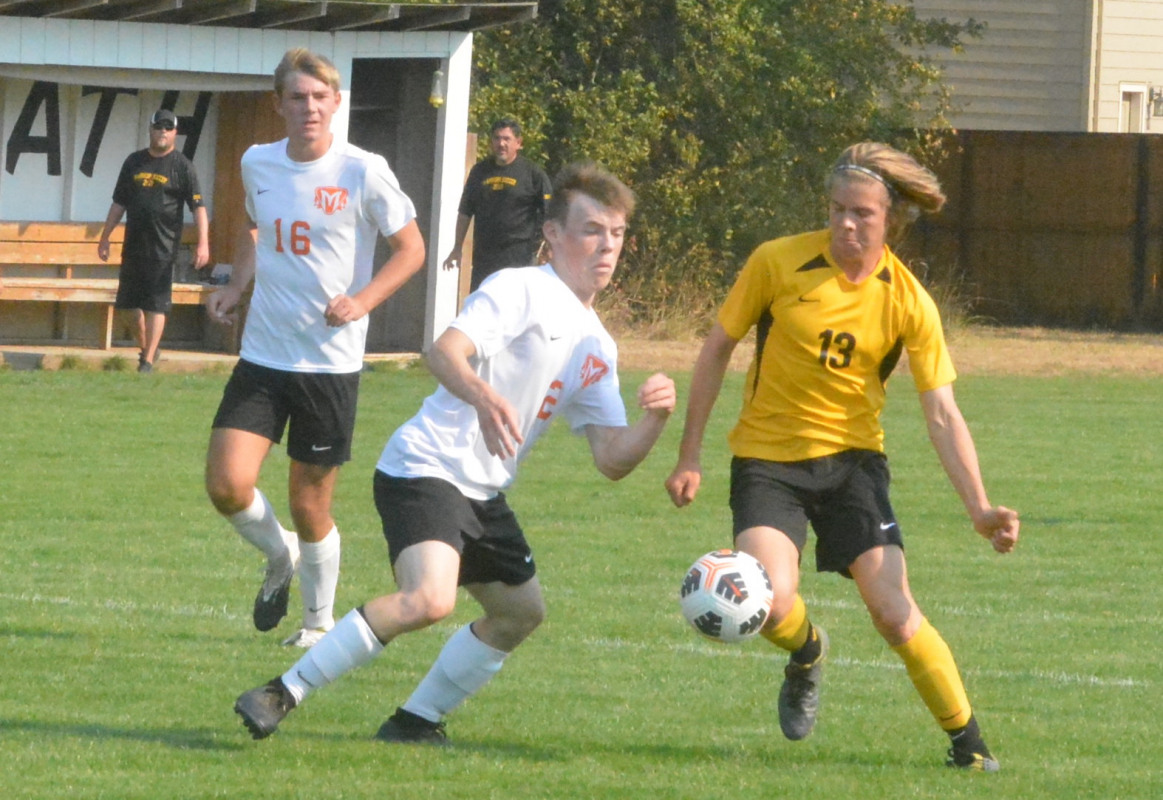 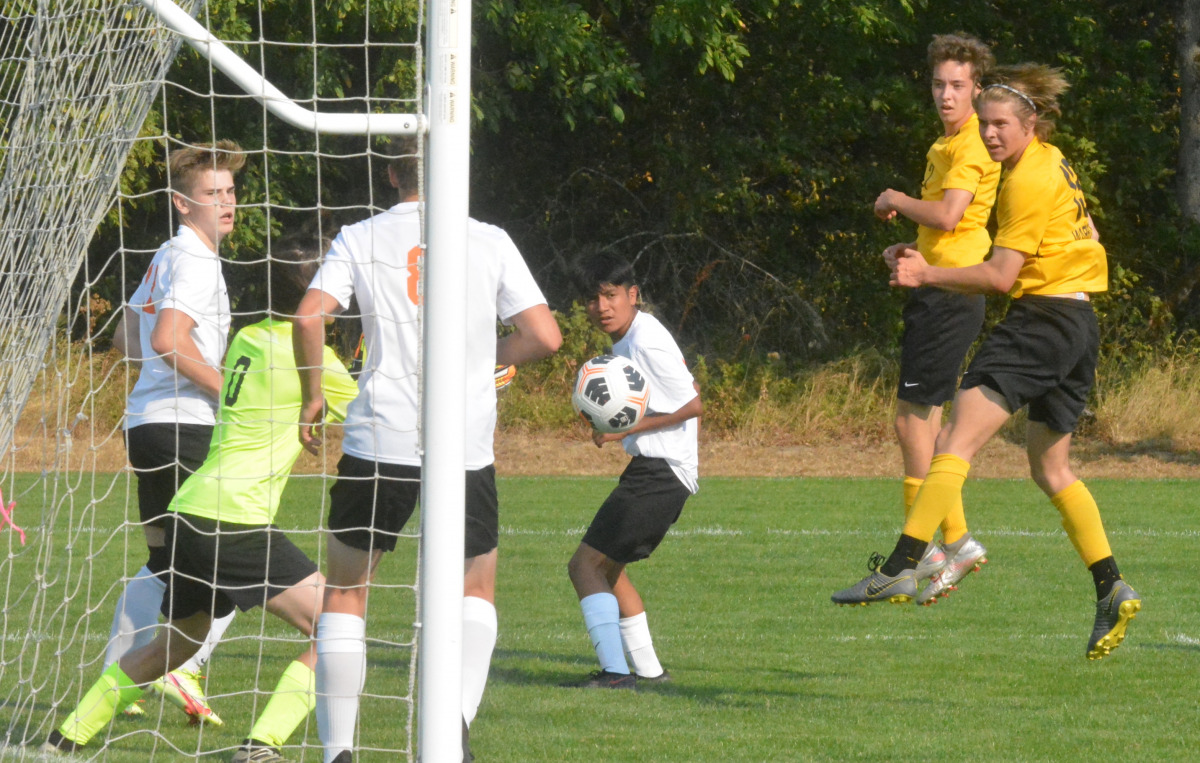 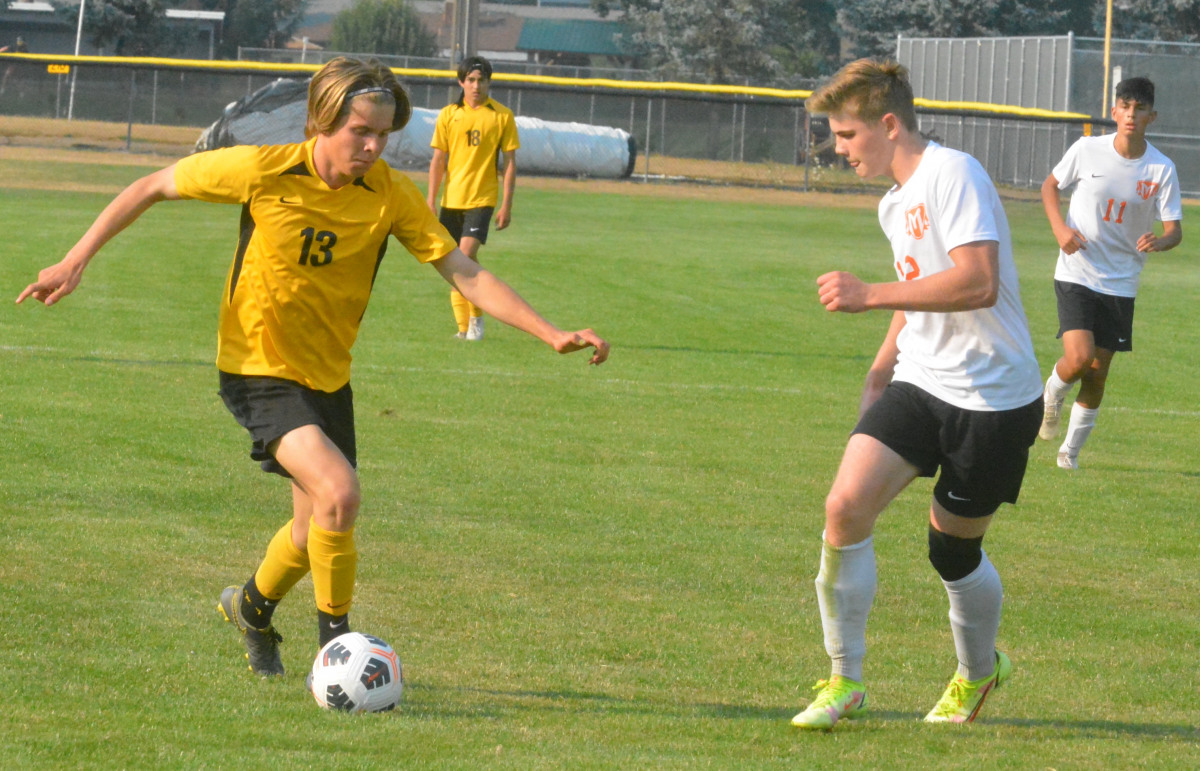 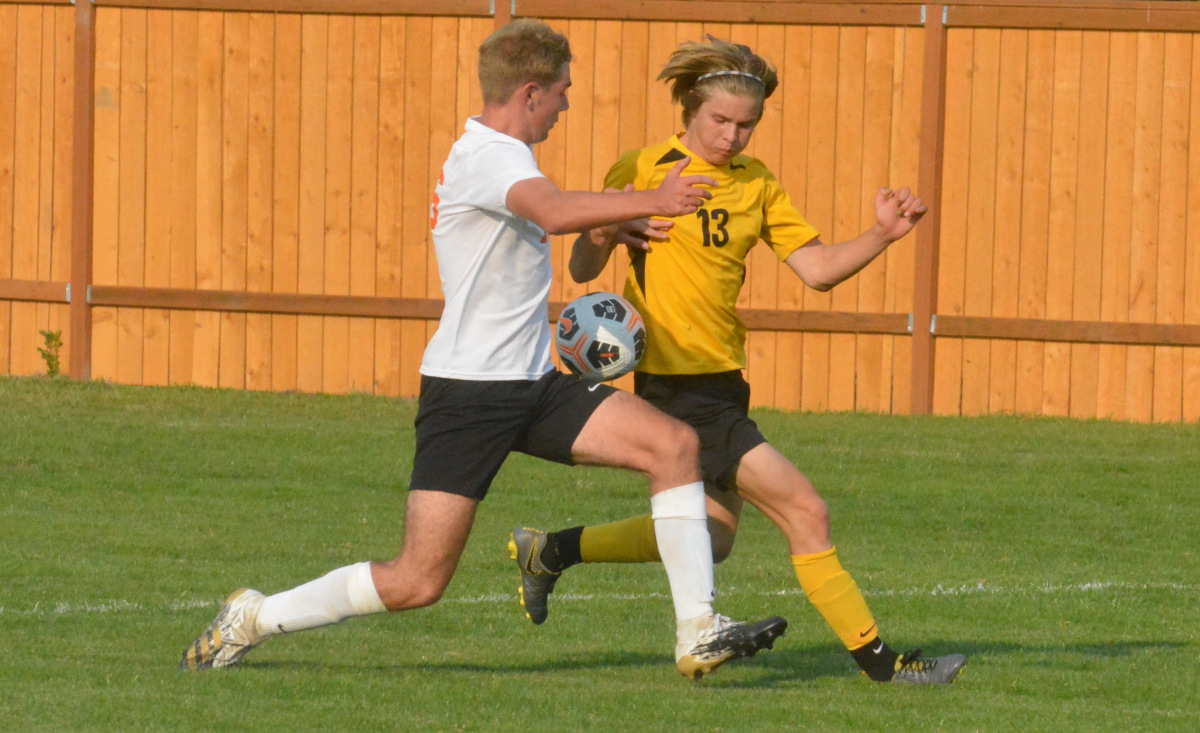 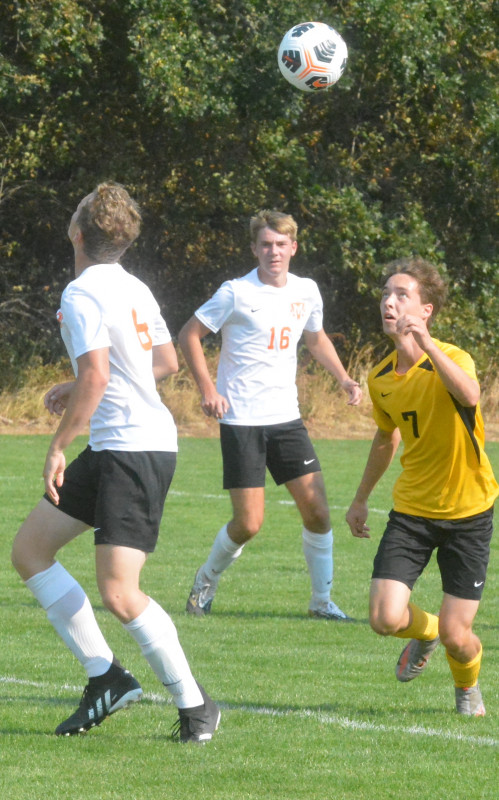 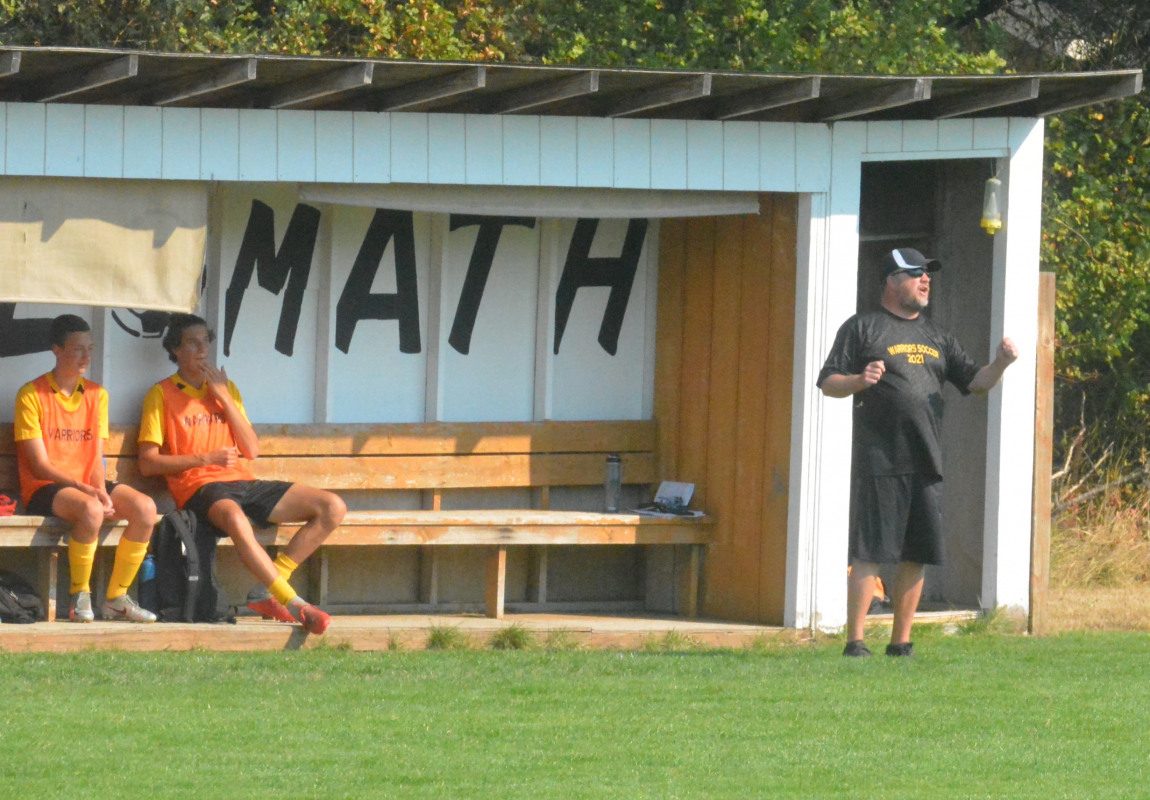 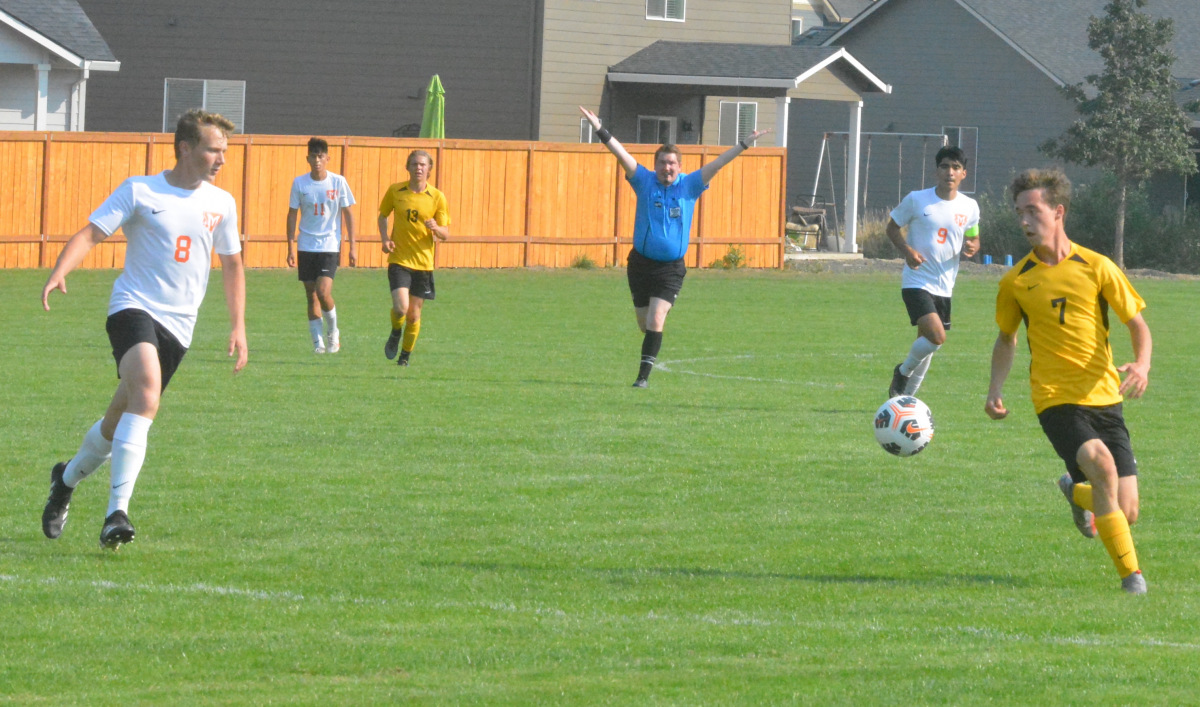 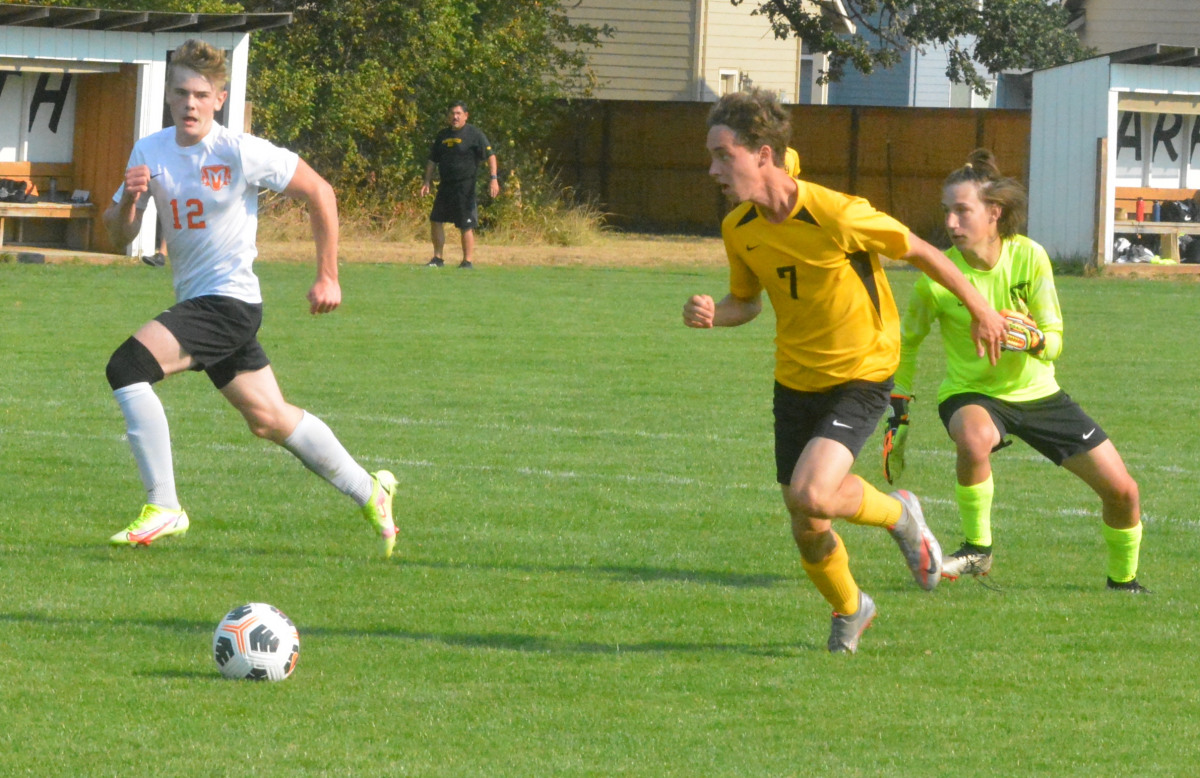 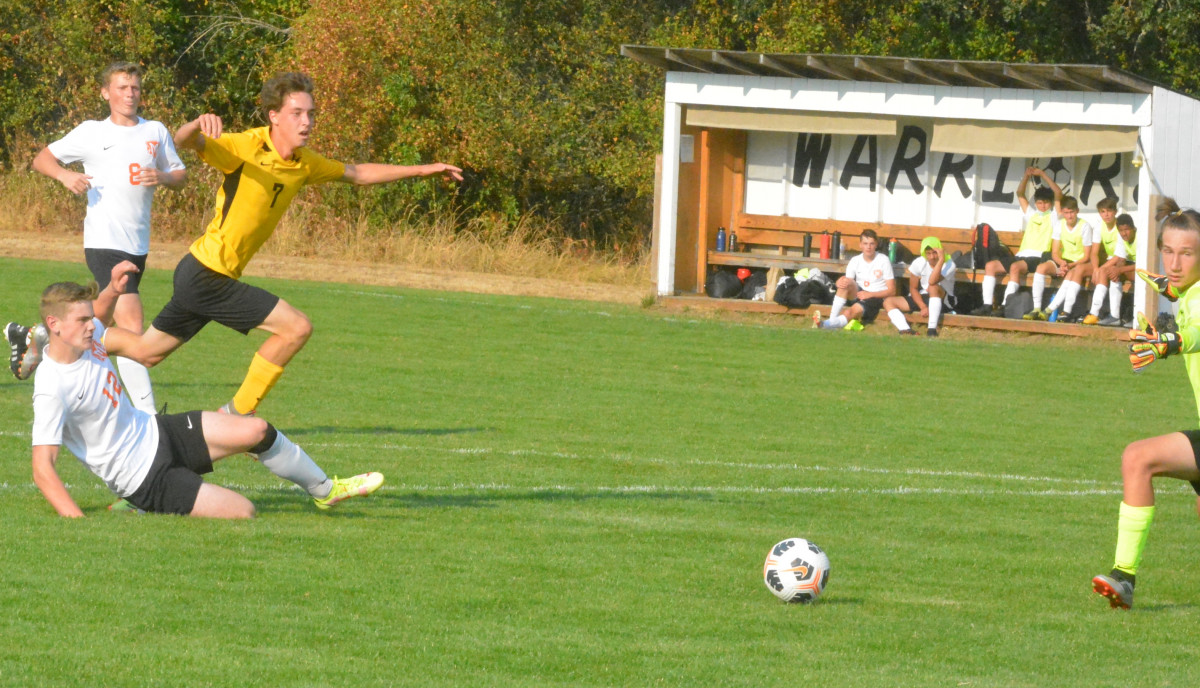 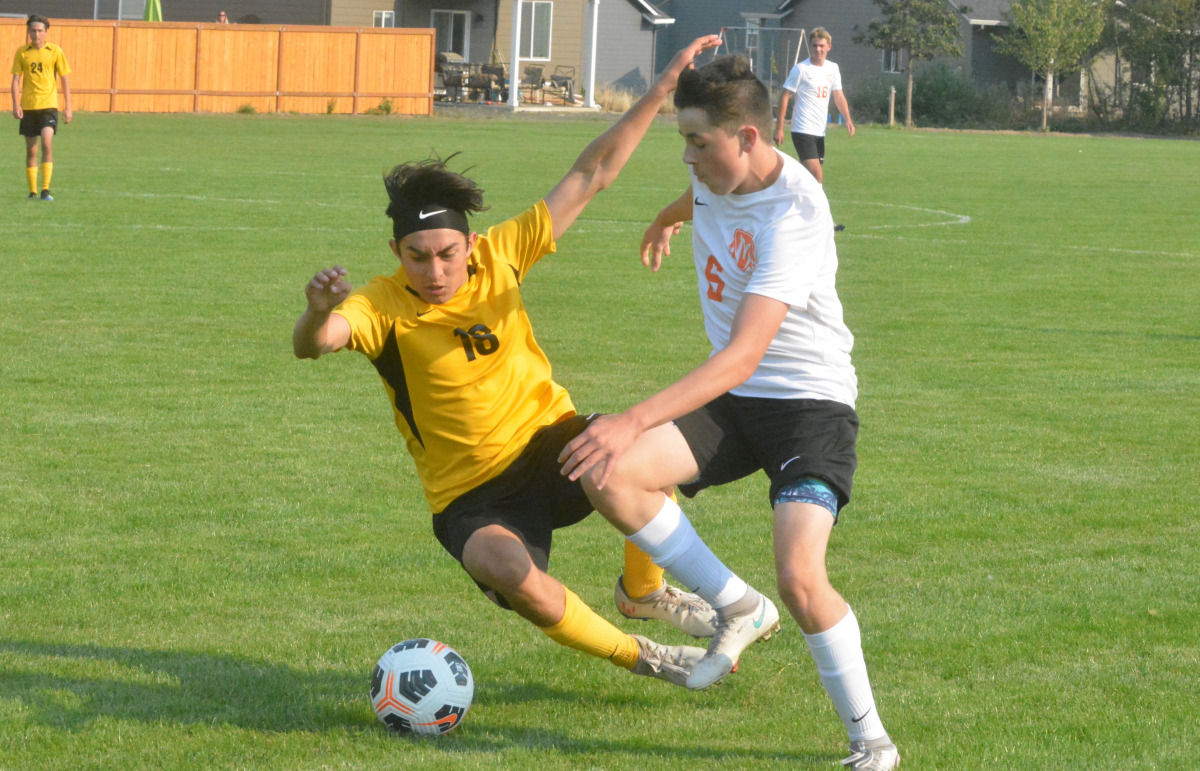 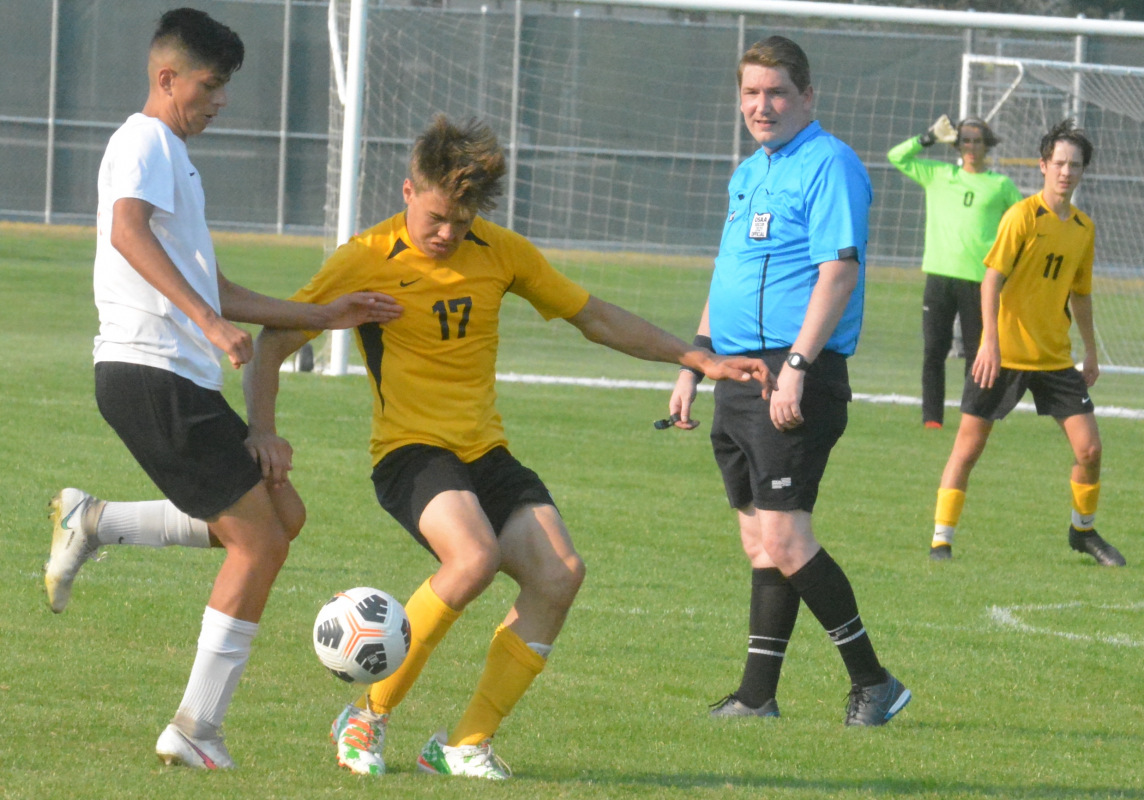 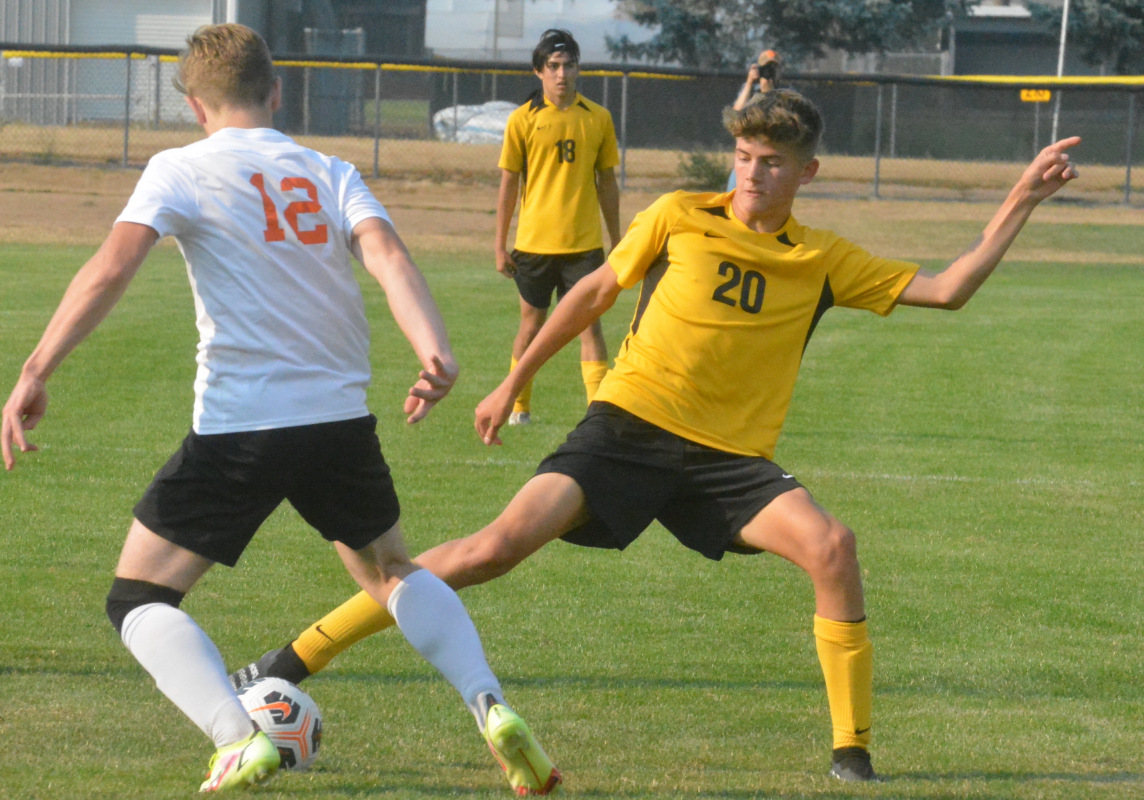