Ten years ago this month in the Class 4A boys soccer quarterfinals, Philomath and McLoughlin played to a scoreless tie in regulation with the outcome later settled on penalty kicks. Now a decade later, the situation appeared to be repeating itself — same two schools, 4A quarterfinals and 0-0 on the scoreboard.

That is until freshman Silas Pittman got the ball up top to Mark Grimmer. In the 77th minute, Philomath’s top scorer made his way past McLoughlin’s last line of defense and goalkeeper in what would end up as a 1-0 victory.

The Warriors survived and now advance to the semifinals on Tuesday night for a showdown with North Marion, an opponent Philomath defeated in its season opener. The Warriors and Huskies are scheduled to play at 7 p.m. at Crescent Valley High in Corvallis.

“Silas had been working like a fiend up top to try and get on the balls and help balls,” Ellis said as he described Philomath’s goal. “He kind of hooked a ball forward that bounced and as Mark ran onto it, he beat the last defender with a header just kind of pushed it forward. And then the goalkeeper came and Mark was able to get to it again with his head and push it past the goalkeeper.”

That left Grimmer with an open net.

“He still had a defender on his shoulder but Mark just doesn’t miss those,” Ellis said.

Ellis spoke with respect about what McLoughlin put on the field Saturday night — especially for a squad that had to travel so many hours from eastern Oregon to the game site.

“They drove all the way out and they played a cracking game to just lose it in the last couple of minutes,” Ellis said. “They were a good team — they were good in possession, they were strong out of the air. They pinned us back at times but they didn’t necessarily create a ton out of it.”

“I would say that Teddy had to make one excellent save the whole game,” Ellis said. “The rest of it was just kind of managing bouncing balls through or crosses or half-hearted shots, things that I would expect the keeper of his quality to handle no problem.”

Early in the second half, Benbow preserved the scoreless tie with the save Ellis mentioned.

“He had a fantastic extension staying to the right, which on nine out of 10 goalies that’s a goal,” Ellis said.

At halftime, Ellis felt his team had been managing the game despite no goals on the board.

“I felt we were more or less on top but we weren’t creating the opportunities that we wanted to create,” Ellis said. “Then they had made an adjustment at halftime, which probably for the first 10 minutes, they pinned us back pretty well.”

Philomath responded by changing its formation to counter McLoughlin’s move “and that allowed us to escape,” Ellis said.

The two teams played back-and-forth soccer for the next 20 or so minutes with Philomath getting occasional chances. But then Philomath came up with the goal with three minutes from time.

“They were a great team and they played a really, really great game,” Ellis said. “Most of the year, I’ve felt pretty confident and I wasn’t sure if we were going to pull it out.”

North Marion, the No. 6 seed, advanced to the semifinals after eliminating Sisters in the first round, 3-2, and Phoenix in the quarterfinals, 1-0, on penalty kicks. The Huskies opened the season with back-to-back losses against Philomath and Stayton and haven’t lost since with an unbeaten streak of 14 games — 11 wins and three ties.

“North Marion’s a tough team — they’re good defensively and they want to try to counterattack you and they’ve got good possession skills,” Ellis said. “They’ll definitely have a plan.”

By the way, Philomath won that game over McLoughlin on Nov. 12, 2011 on penalty kicks, 5-4. Goalkeeper Braydon Calder was the standout with six saves through regulation and two overtime periods and with a necessary stop during the PKs. 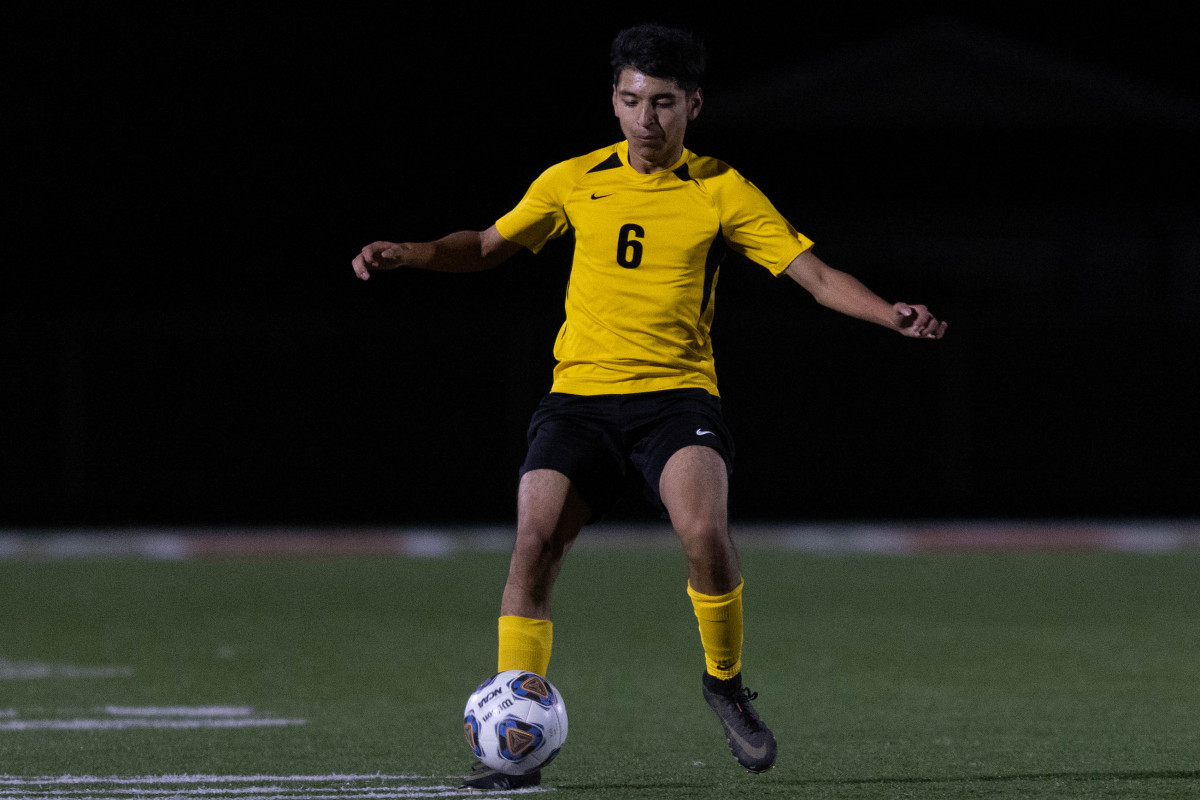 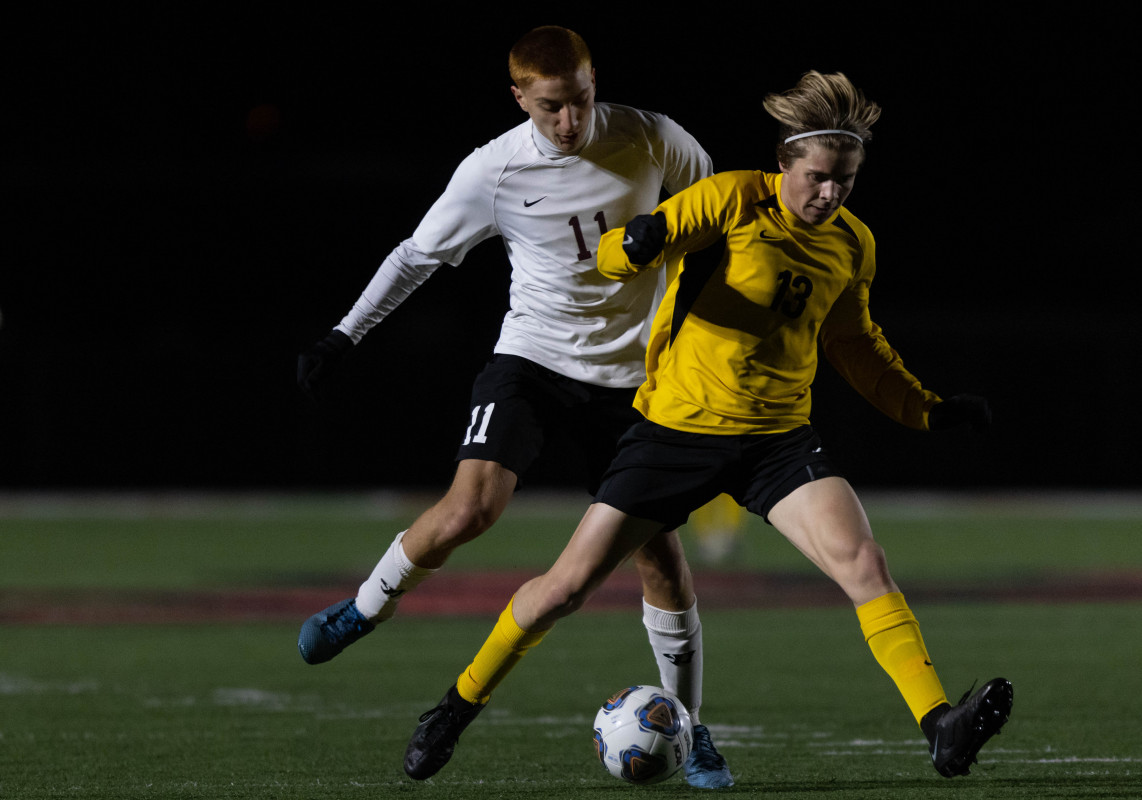 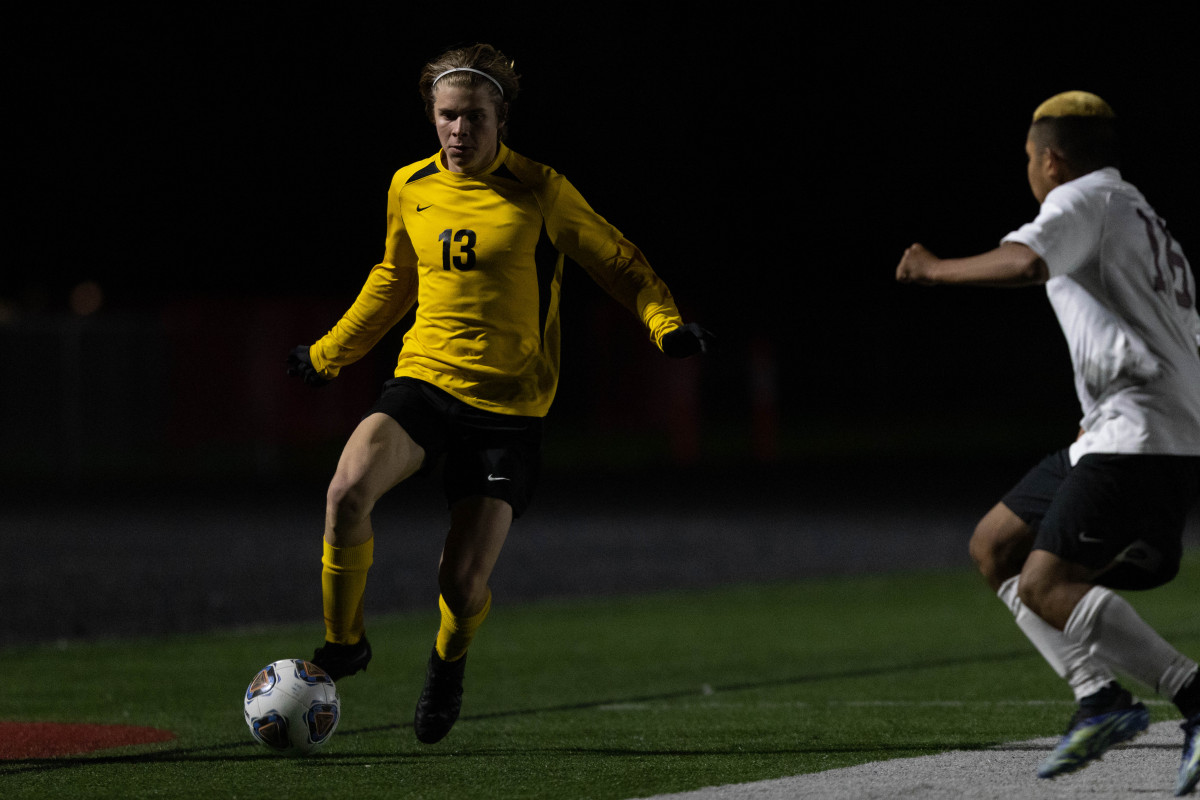 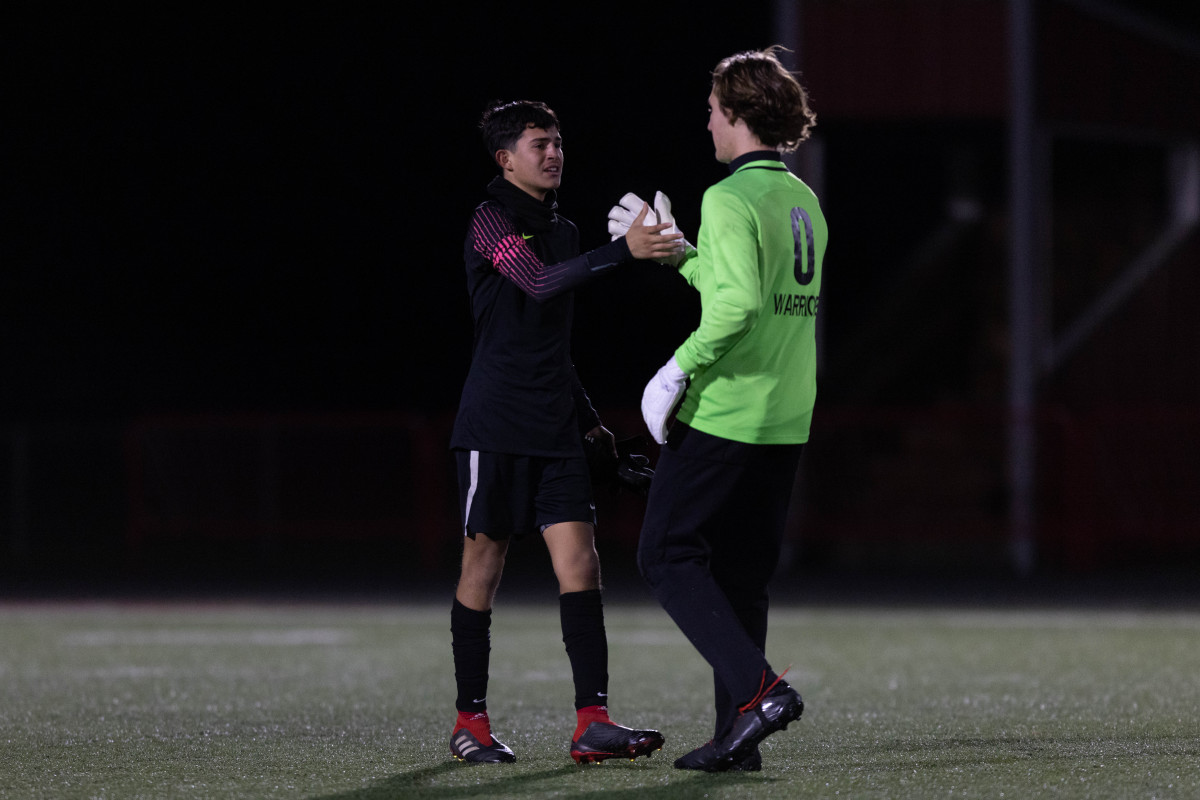 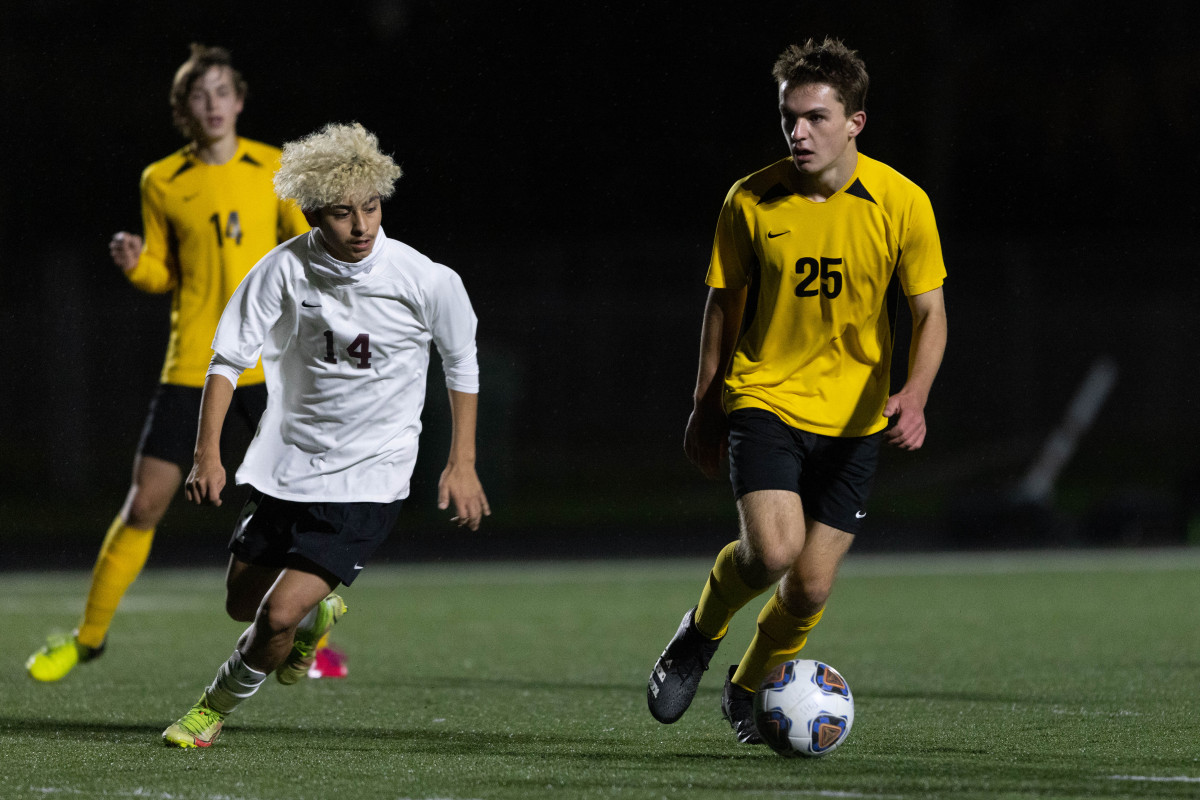 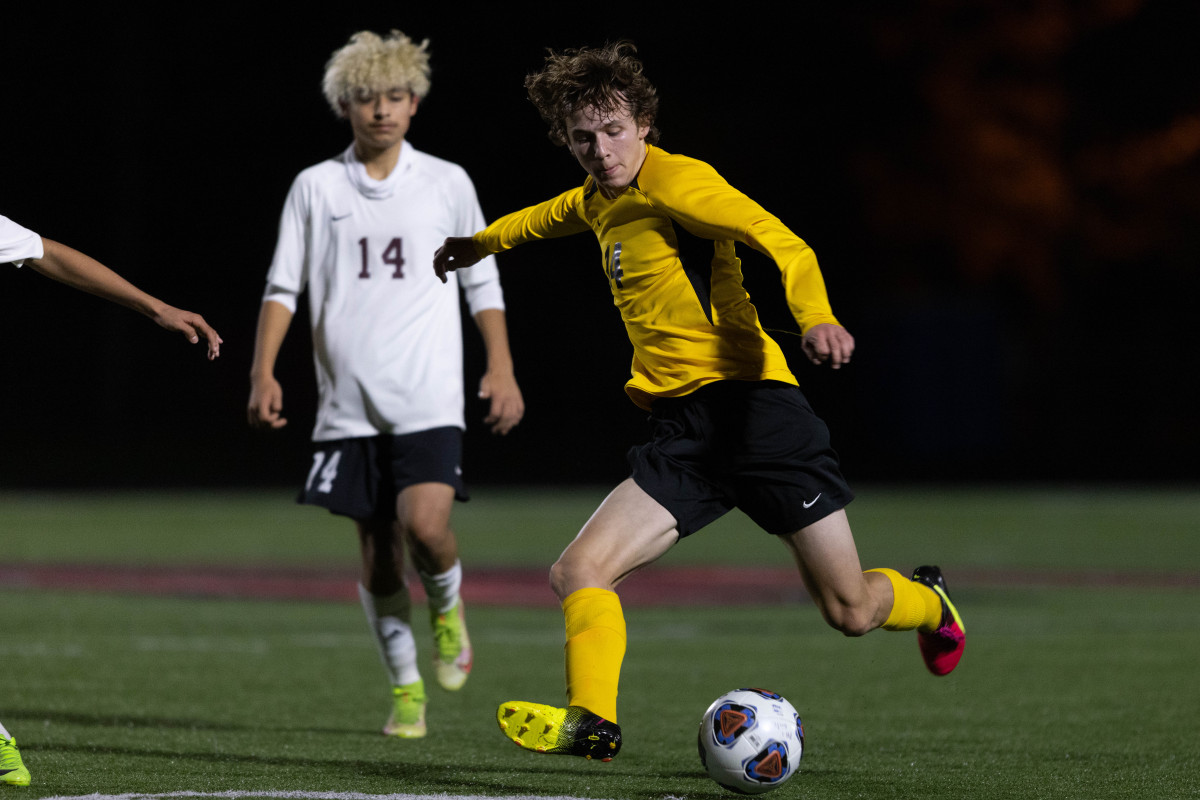 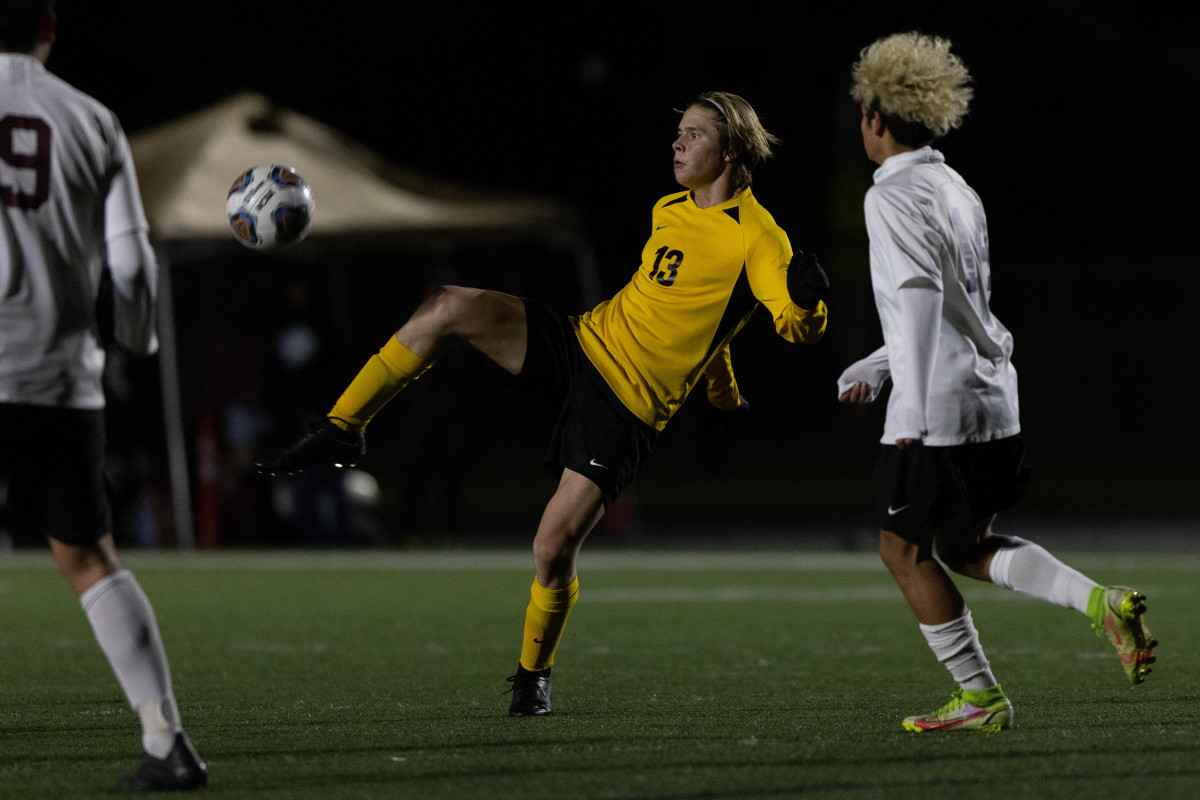 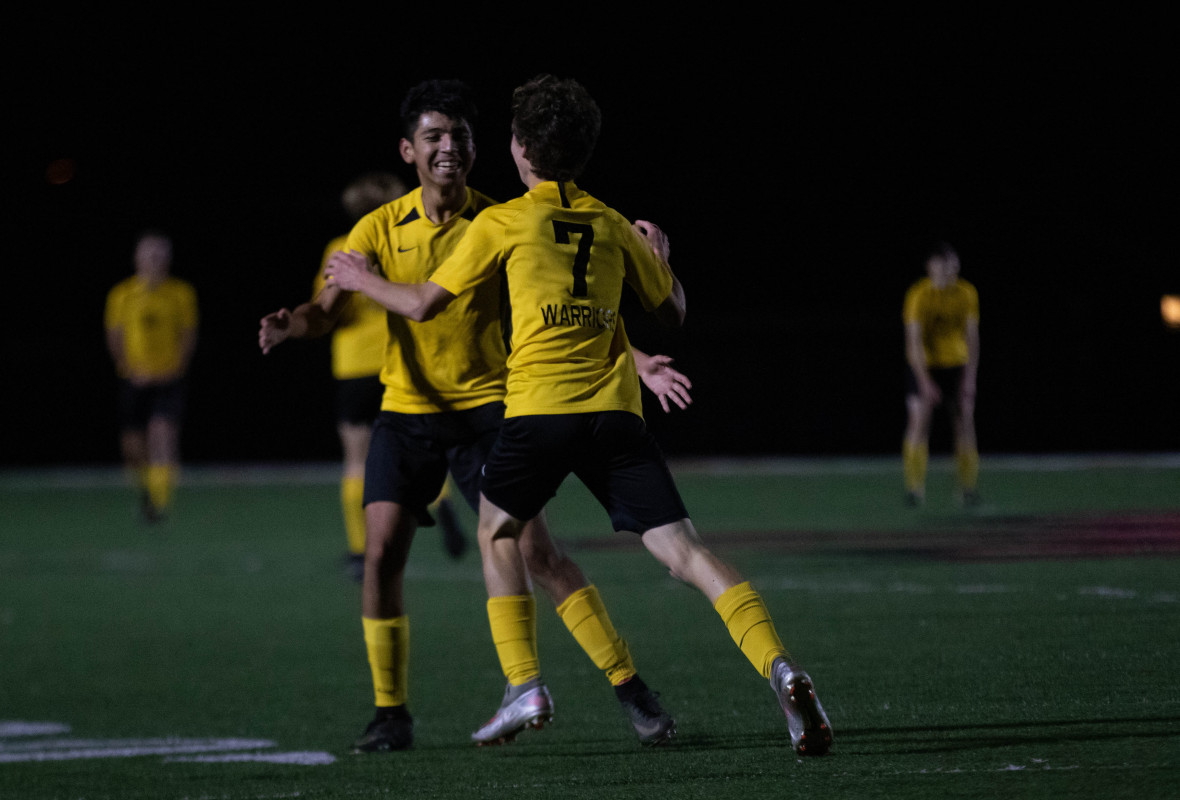 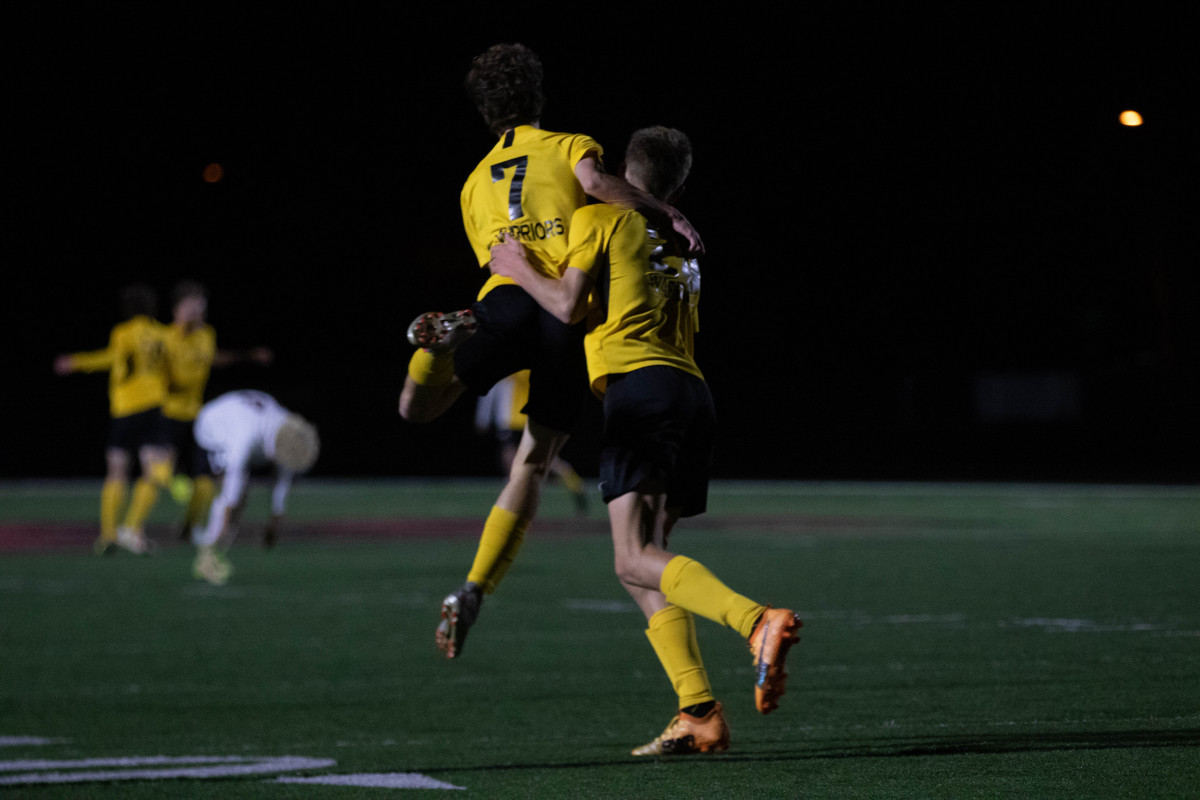 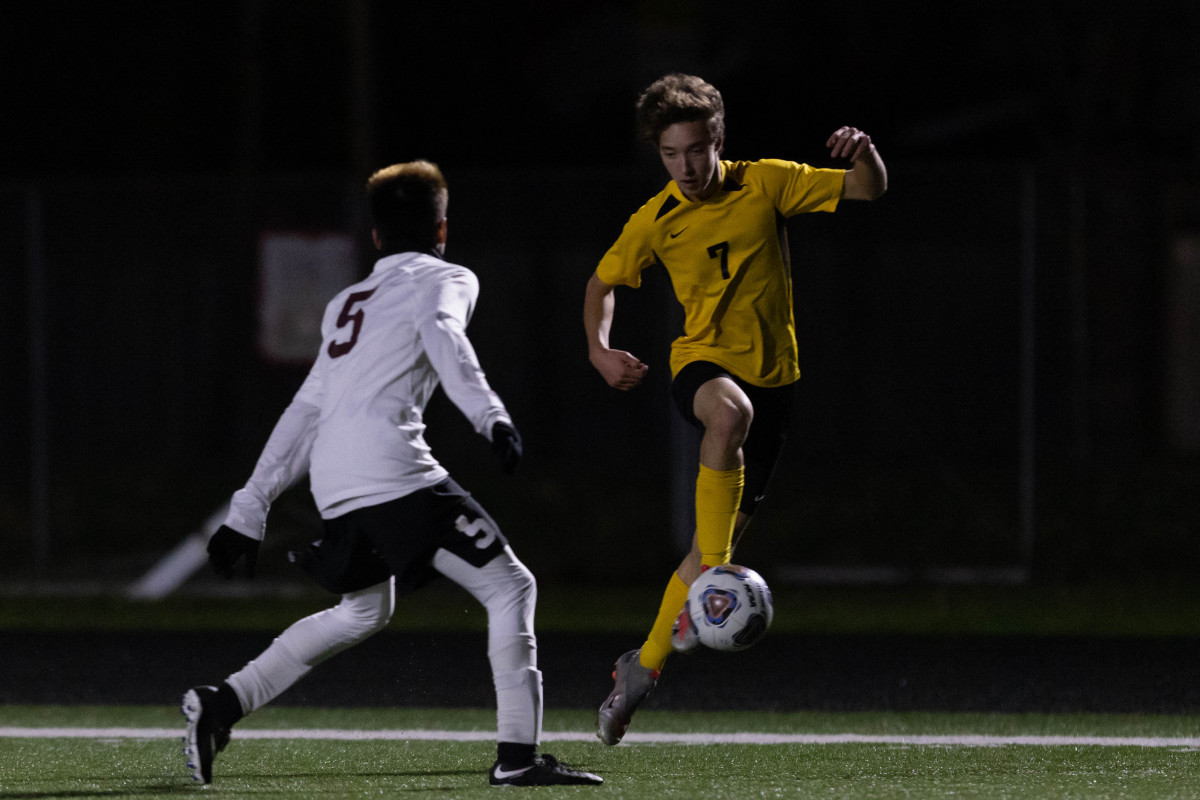 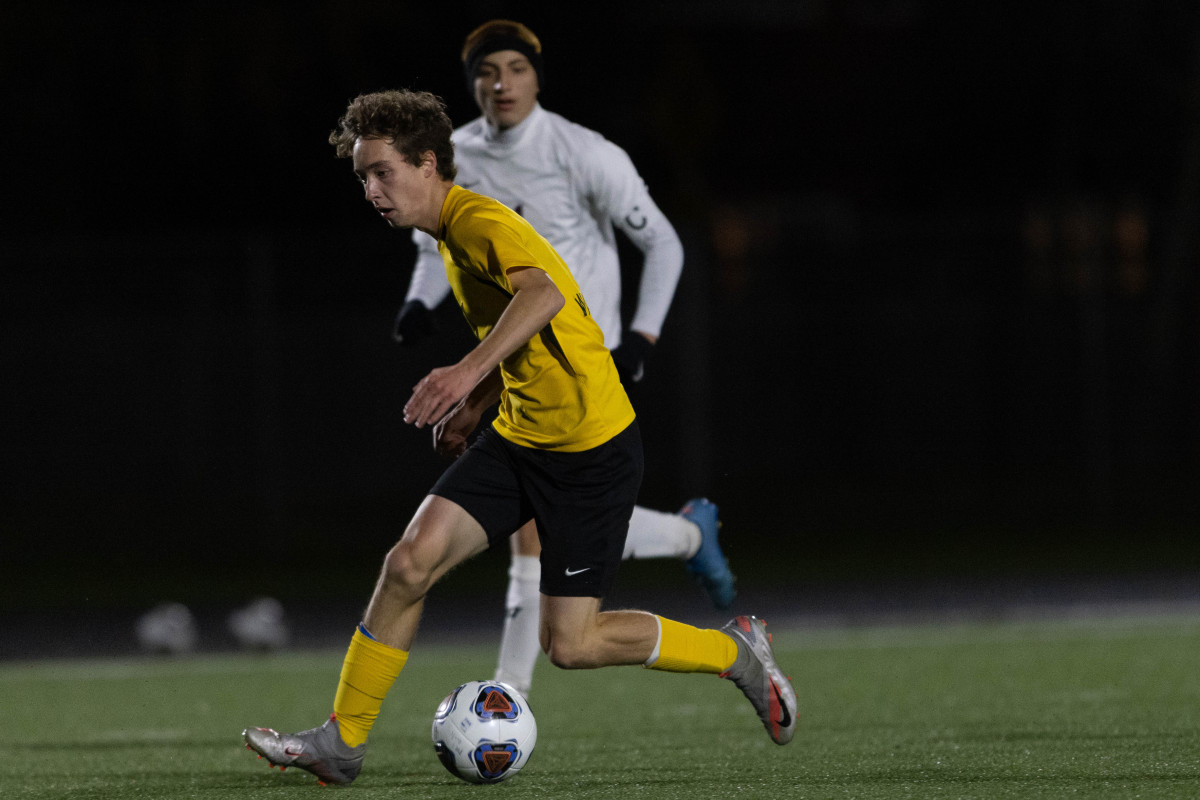 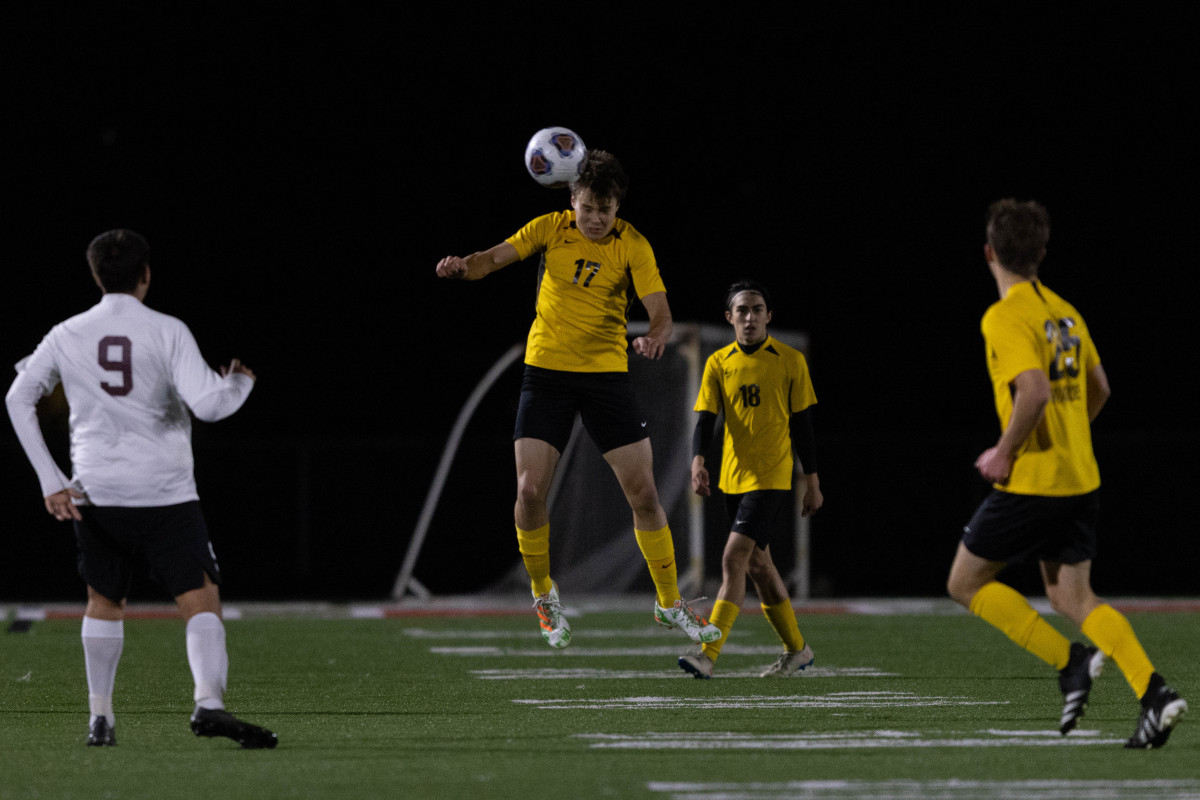 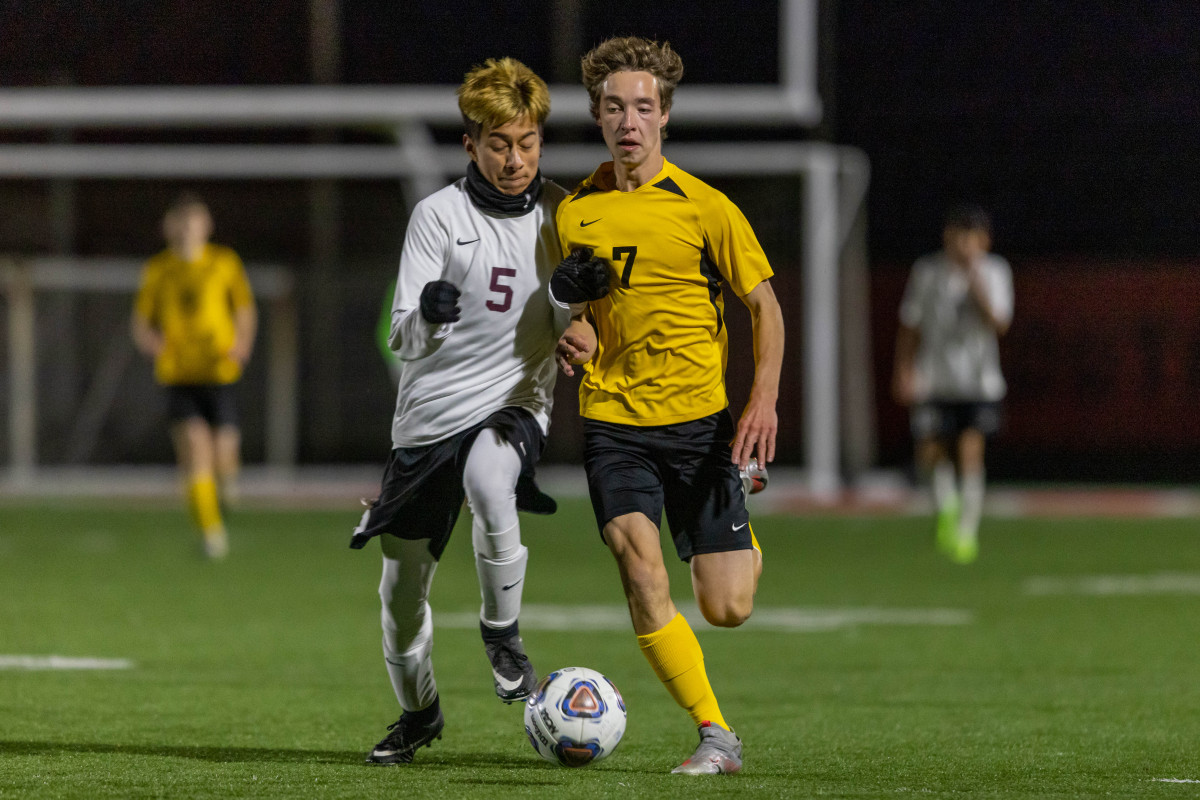 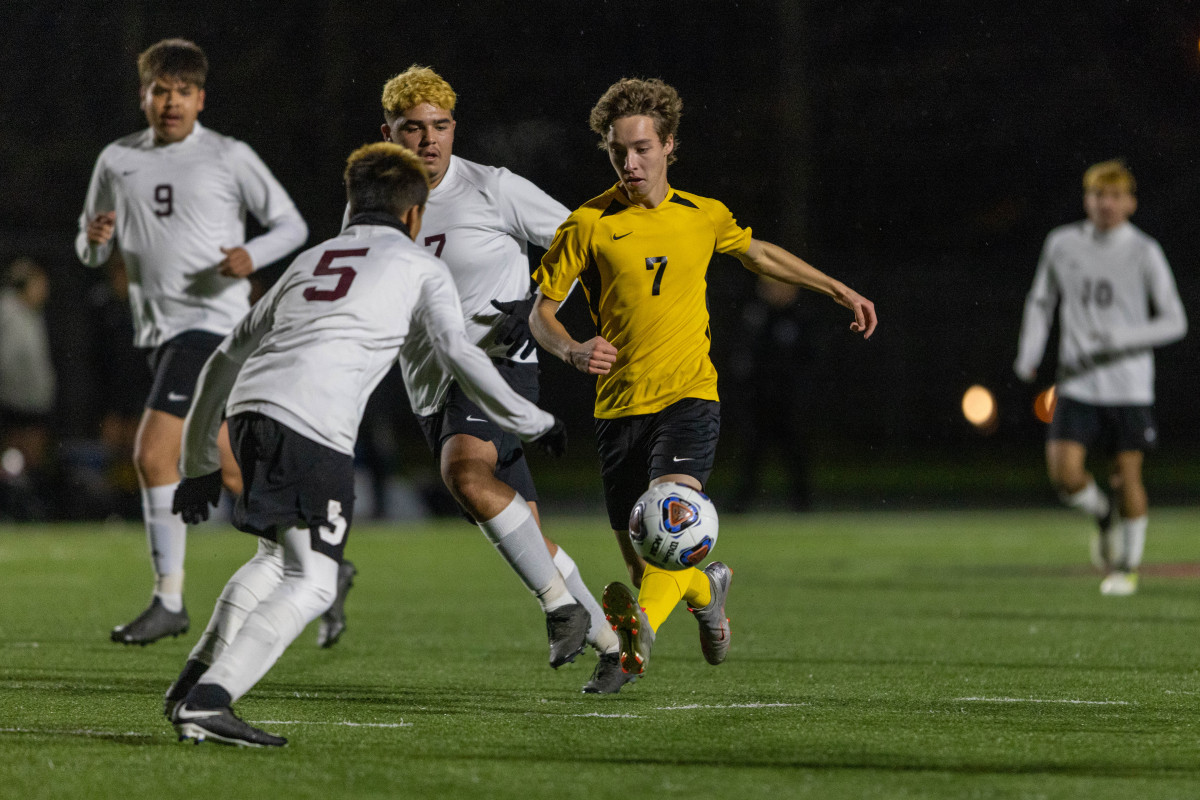 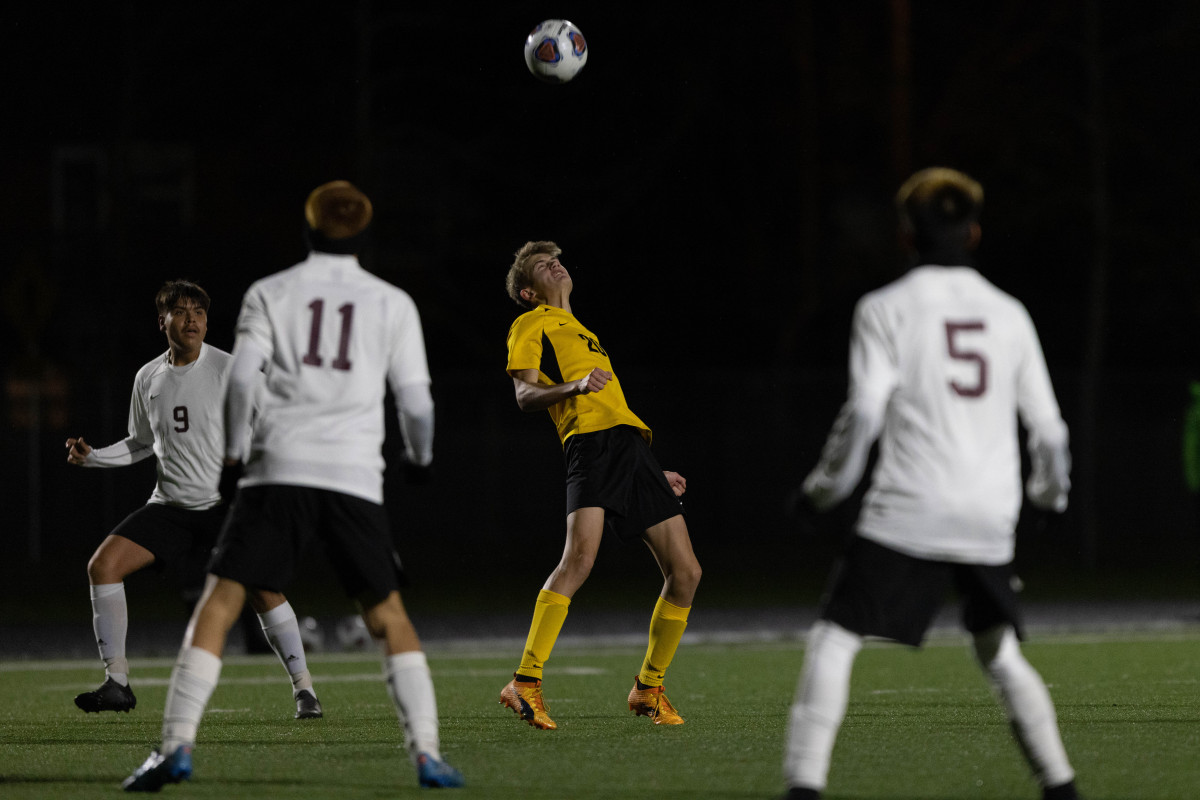 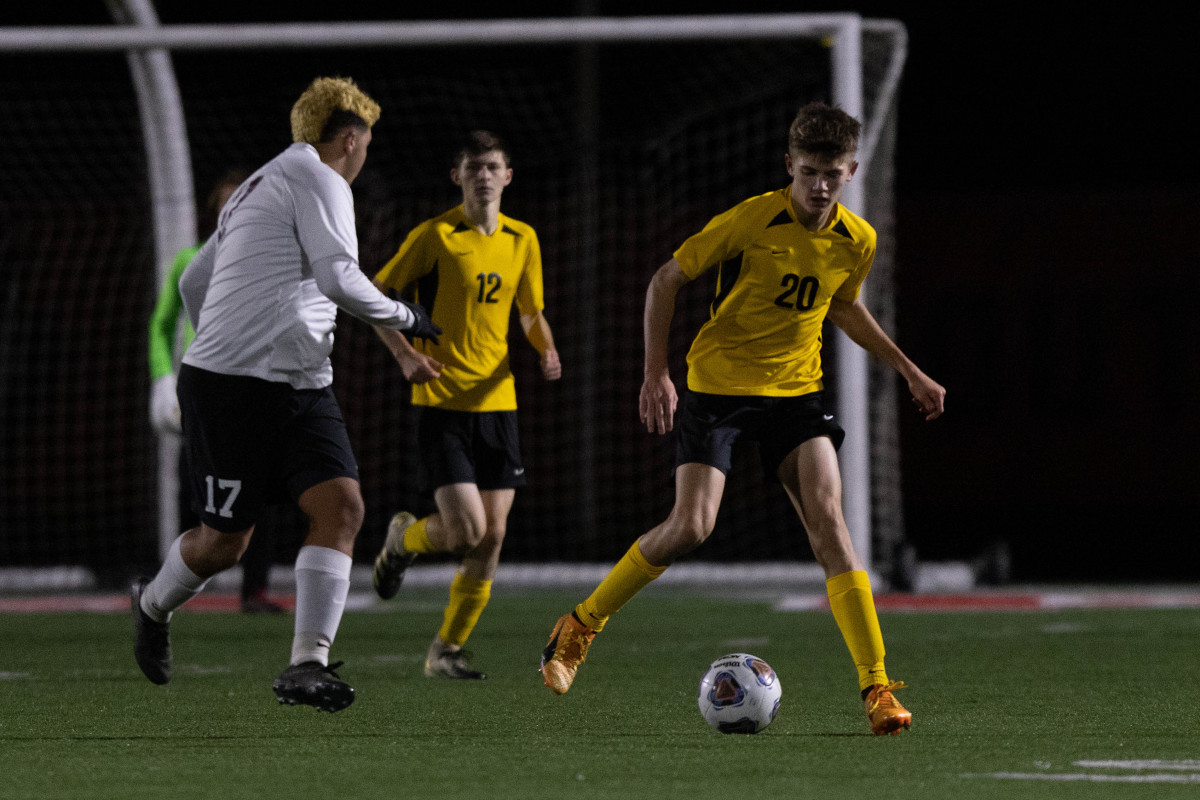 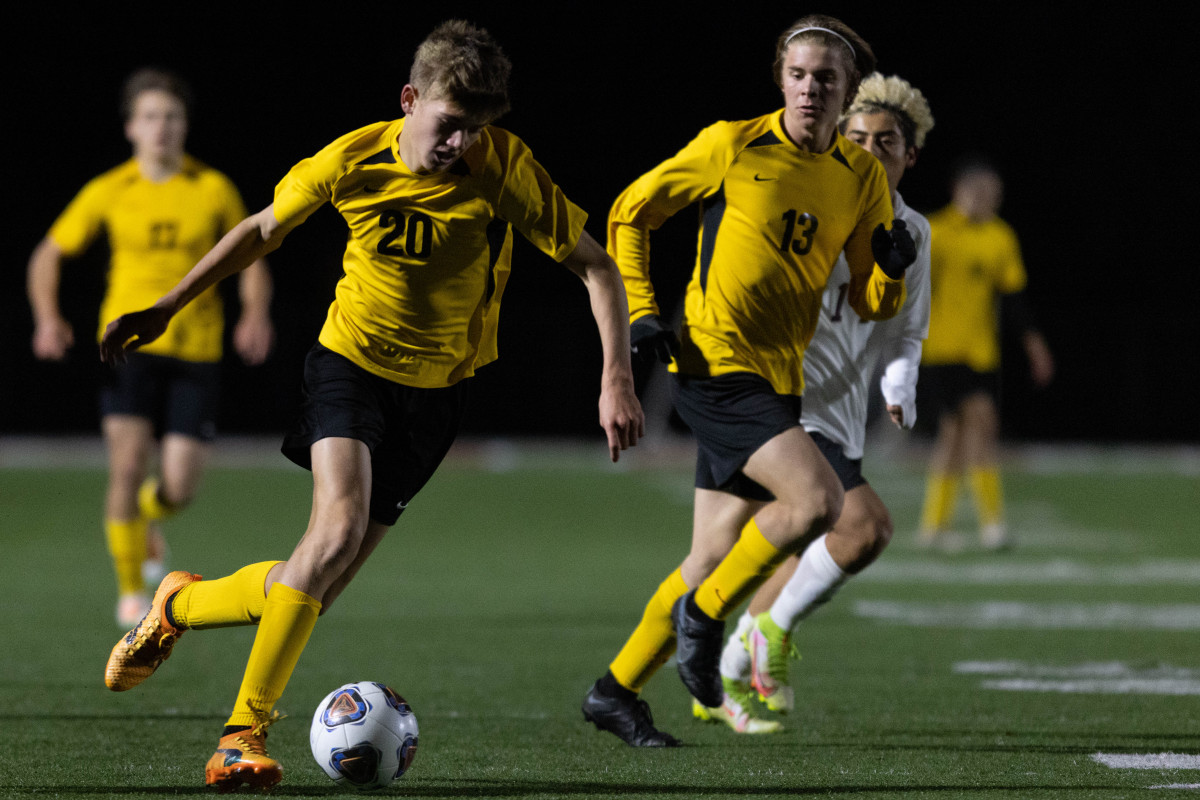 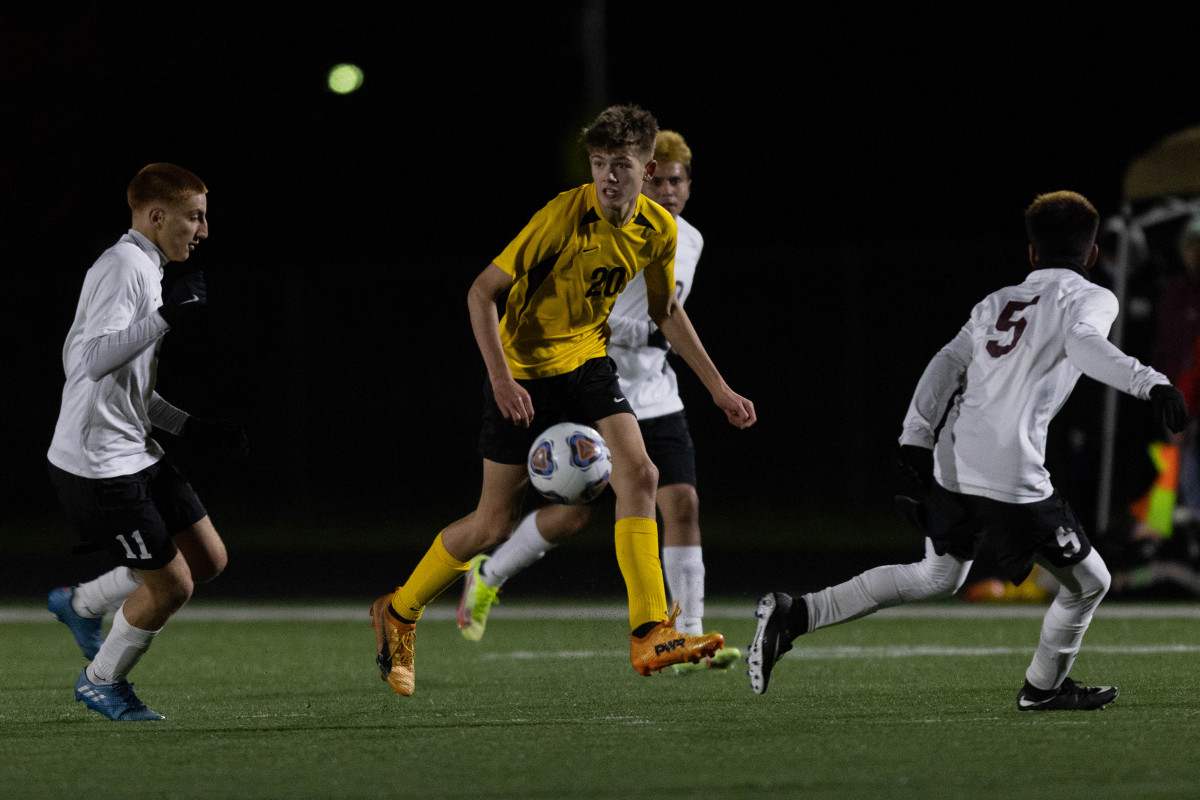 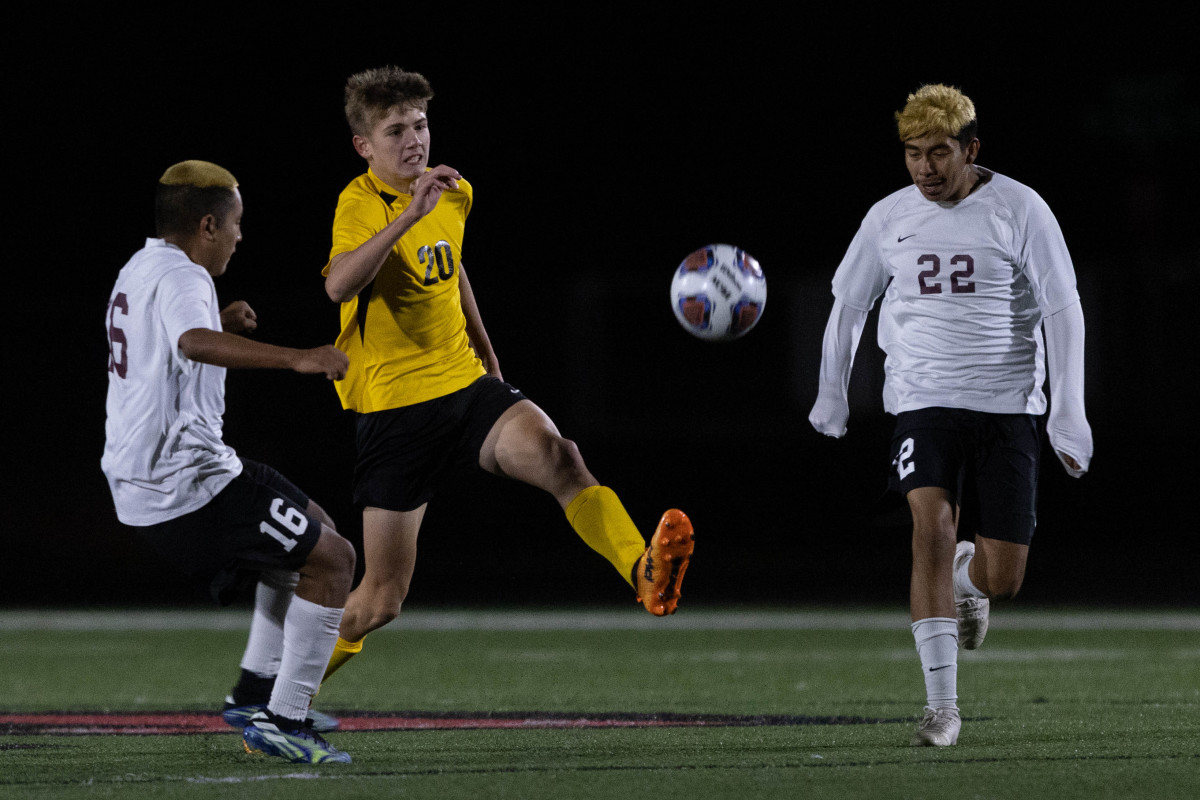 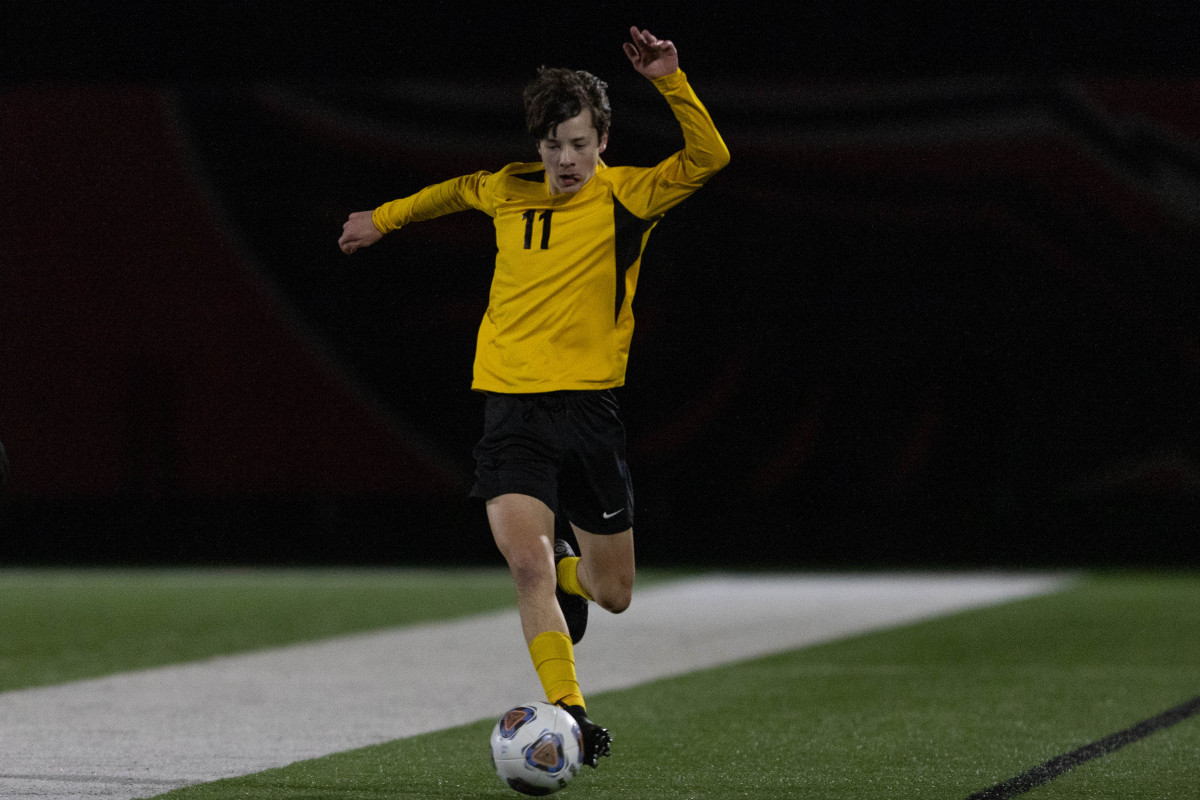 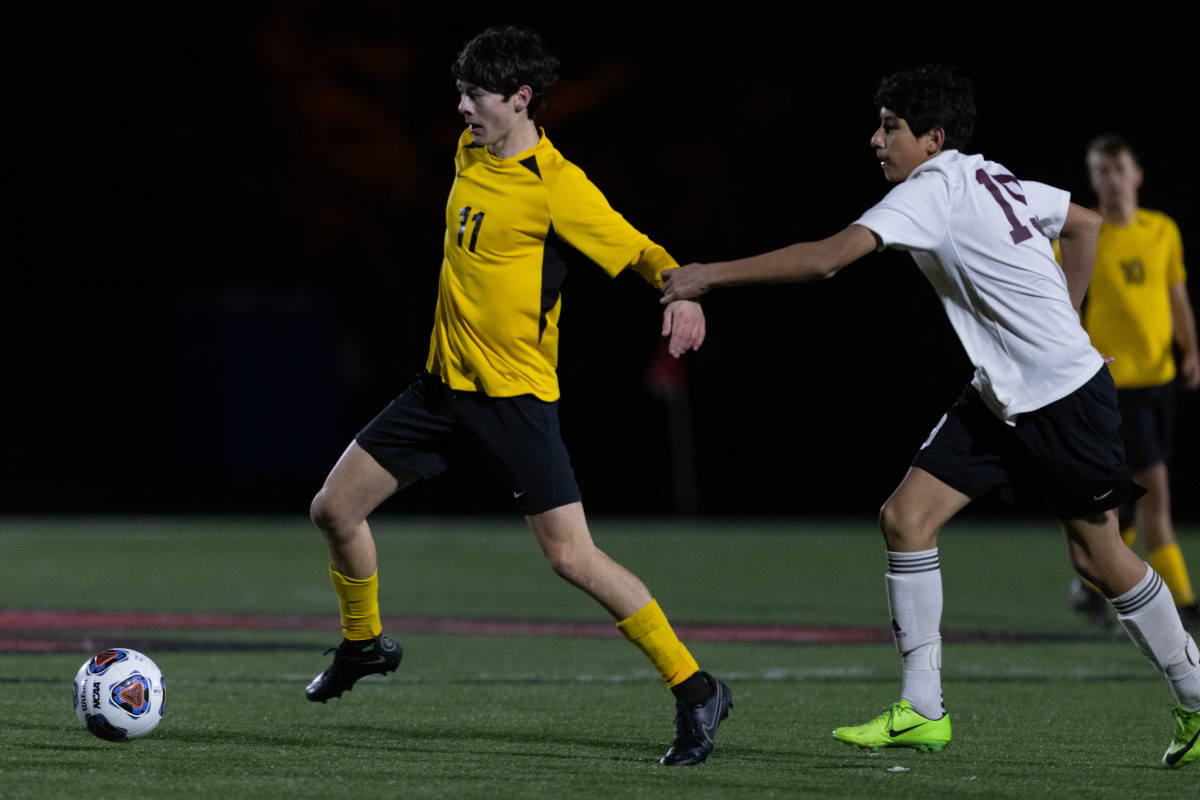