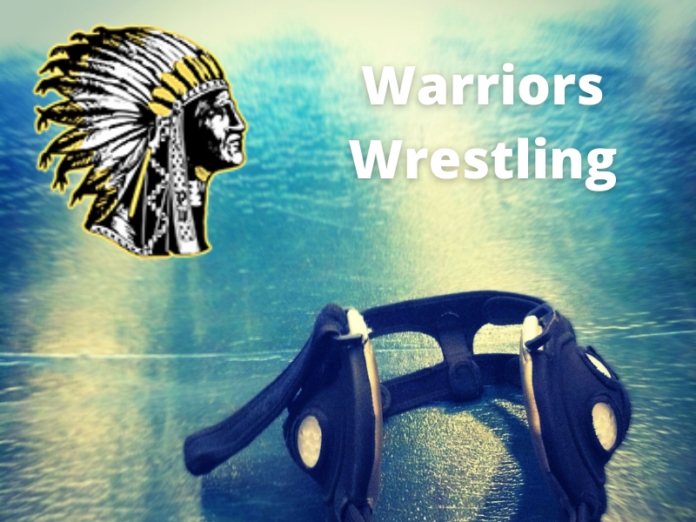 In one of the program’s most successful seasons in at least a decade, the Philomath High wrestling team qualified eight athletes for the 2020 state tournament. Wrapping up before COVID-19 stopped high school athletics, seven of the eight won at least one bout and three finished fourth or higher.

All eight are back in uniform this shortened season.

“On paper, we’re looking good but they still have to wrestle and everybody has to fall in with where they are in weight,” 17th-year PHS coach Troy Woosley said. “But it’s going to be fun, it’s going to be really fun.”

Woosley and his wrestlers could use a little fun after going through a pandemic that made it difficult for them to remain confident that there would be a season. Just a couple of weeks ago, the team was ready to drag the mats outside.

Despite those moments of doubt, Woosley’s optimism soared in late December and January with what was going on around the state behind the scenes with a strong push for wrestling and with the safeguards that were in place.

Woosley stresses to his athletes the importance of staying safe.

“We’ve got to preach to these kids that they can’t be ‘kids’ and they need to stay separated and everything else,” he said. “That’s just a spooky thing because you never know.”

Beyond what’s going on off the mat, the Warriors expect to be very competitive on the mat with those returning athletes. Seniors Issiah Blackburn and Connar Kohn lead the way.

“They’re right there and Blaise (Pindell) is going to be hard to beat,” Woosley said. “We’ve had a couple of them wrestling in the offseason at clubs and stuff and they’re much improved.”

Blackburn placed third at 195 pounds at last season’s state tournament. Kohn and Pindell had fourth-place finishes at 195 and 145 pounds, respectively.

Pindell transformed himself over the past year and will move up in weight to either 170 or 182, Woosley said, while Blackburn should remain at 195 with Kohn at 220.

“Sweet Home and La Grande are still going to be the teams to beat, but I think we’ll be up there,” Woosley said.

Overall, the program’s numbers are down with only a dozen wrestlers on the roster.

“We didn’t have a lot of eighth graders wrestle last year so we don’t have a lot of new bodies and we had a couple of kids that graduated early and are not in school,” Woosley said. “Other kids just decided it’s too late in the year and too close to summer.”

Woosley expects Niemann, Ringwald and Ben Hernandez to compete in the 120 to 126 range. Caleb Blackburn, Adam Hernandez and Fairbanks are looking like 132 to 138. Griffith is a likely competitor at 152 or 160, Williams should be at 160 to 170 and Choi will wrestle at heavyweight.

“It’s still a chess game out there as to where everyone’s at,” Woosley said last week. “We could stretch them out to fill 11 of the 14 weights, so we’d be a pretty good dual team. We are pretty fortunate to not be too bunched up. We’d be a better tournament team because we would have a lot of guys placing high.”

Woosley said most coaches are seeing their athletes coming into the season in rough shape physically and the Warriors are no exception.

“They are in the worst shape we’ve ever seen,” he said. “There’s a few that aren’t but in general, I think all of the sports will tell you that’s the case with the online stuff and everything else going on. I think by the second or third week of the season, they might be able to do this.”

He added, “When you get in the third round in wrestling, it’s not who’s the best wrestler, it’s who’s in the best shape.”

The season begins Saturday with a trip over to Sisters for the GFP Central Oregon Officials Tournament. But although there are 18 schools involved, the event will not be a traditional tournament with squads wrestling in different gyms and only in duals. The Warriors are scheduled to go up against Sisters and North Marion.

In fact, all competitions will be limited to duals. The schedule includes May 27 and June 10 home appearances, the latter featuring challenging duals against top talent out of the north in Tillamook, Banks and Estacada.

An interesting stretch will occur June 1, 2 and 3 with the Warriors wrestling three straight days on the road at Elmira, Junction City and Sweet Home.

The regular season is scheduled to end June 11 for PHS with a trip to Marshfield. Districts at Sweet Home on June 17 and a 4A state tournament at Cascade on June 26 follows.

Woosley said he has been trying to add other dates to the schedule — home or away, possibly on May 25 or May 26.

“I don’t have a single school on my schedule that’s not 4A,” Woosley said. “There’s a reason for that. With no tournaments, for seeding criteria for state, you go to head-to-head, of course, and then you go to record and who’s beaten who in each region.”

The PHS schedule includes top programs from the north and south and one from the east.

Philomath will not have a girls wrestling team this year with no females in the program.