Confessions of a 50-Something Dad: The little brother 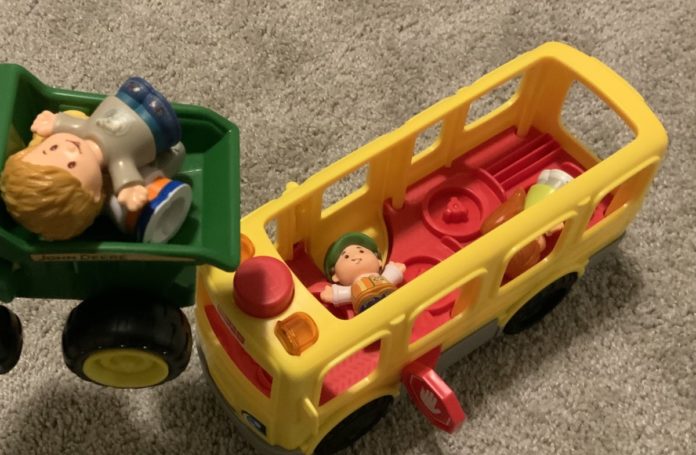 Let me give you an example. When you’re watching an NFL game and a player gets flagged for an unsportsmanlike conduct penalty, sometimes it comes down to simply getting caught by the game official. Once in a while on replay, you’ll see that the flagged player was retaliating or defending himself against an aggressive opponent.

We don’t have video replay in the house but I suspect my 3-year-old, Jude, is defending himself against an aggressive opponent who goes by the name of Jasper (the 12-month-old). That’s not always the case and Jude has a selfish streak with not sharing, but Jasper really wants to do everything his big brother is doing.

Yesterday morning, Jude was on the living room floor playing with a toy dump truck and “dumping” little people into a school bus — I know, I know, in real life, that means broken bones, but it’s toddler play. Jasper wanted to get in on the fun and “sprints” toward him. It’s as if sirens are going off and “Jasper has entered the perimeter” blares across the room through a loudspeaker. Jude immediately transforms himself into a defensive position against the little brother bearing down on him.

Jasper goes for the dump truck, Jude takes issue with it and pushes him away. Jasper looks over his shoulder at me to see if I’m going to do anything about this injustice. My wife solved this particular issue by asking Jude if he wanted to play upstairs in his room and that was a resounding yes. So off he went and Jasper scanned the room to see what else he could get himself into.

Most of the time, it’s difficult to know just how a conflict started. I’ve seen things out of the corner of my eye and I know Jude is no angel and he will torment his little brother from time to time. But Jasper’s just as guilty and often rains on Jude’s playtime parade.

Like I said, it’s easy to blame the older child because he often comes out on top with these conflicts simply because he’s bigger and more coordinated. Little Jasper is a pretty smart kid, though, and I suspect he knows exactly what he’s doing when he picks on Jude. He may even believe Mom and Dad provide backup when he goes into battle.

We’ll see what tomorrow brings in the sibling saga.

Previous articlePolice rookie finds academy disruption to be a positive
Next articleBlack, Weedman recognized for their city work with trees