Daily Scoop: A former pastor’s passing and the old church on 15th 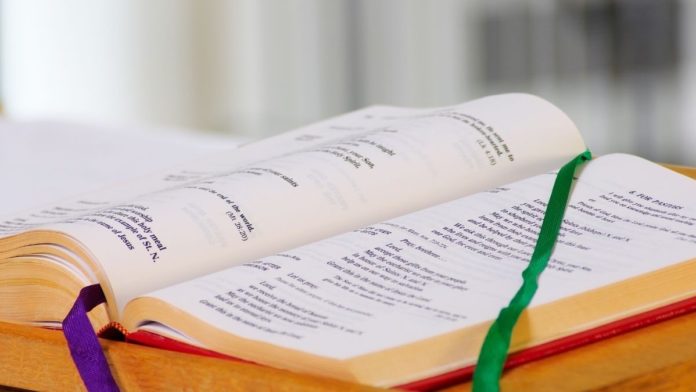 A former senior pastor, Milo Wittkopf, who served at the old College of the Nazarene on 15th Street in Philomath died Sunday at his home in Nampa, Idaho, at age 77.

When this was brought to my attention, the name sounded familiar. So I did a search through my archives and discovered that he had been interviewed for a story during the summer of 1975 from his home at 132 S. 15th St.

He was sitting on his front porch in what at the time was the church’s parsonage. He lived there with his family — wife Yvonne, and their three children, Beth, Bonney and Billy.

Wittkopf served in that position for a little more than five years before leaving for Burley, Idaho, where he was the founding pastor of the Nazarene church in that community. Prior to his time in Oregon, he had pastored in northern Idaho.

Some of you may recall the church’s location on South 15th. Constructed at that location in 1949, it was destroyed by fire in 1995 by an arsonist.

The church’s presence in Philomath dates back to 1907 when various congregations in the region merged. In the early years, the group rented space at the Odd Fellows Hall (which still stands on North 13th and College).

The Church of the Nazarene was officially incorporated in 1938 and the Rev. G.E. Baker was its first pastor and met in various places around town, including private residences. The church moved into a building near the railroad tracks on North 14th in 1939.

In 1948, the church purchased the South 15th Street property and the location was dedicated on April 17, 1949.

“The new building of concrete and pumice block construction is 40 feet by 90 feet in size. The auditorium and balcony can seat over 300 persons and the commodious full baseball, while not complete, can easily care for a Sunday school of 250 persons,” the Benton County Review wrote in a story published at the time.

“Several unique features of the new church are the lighted glass brick cross, the colorful pecan wood floors and the indirect fluorescent lighting of the main chapel. A comfortable glass-enclosed nursery with a public address system has been provided for mothers with small babies.”

In September 1977 with Wittkopf, Terry Osborne and others involved, the Nazarene Christian School was established.

Firefighters tried to save the church at the 1995 fire but the steeple and the walls collapsed. Unfortunately, the fire destroyed most of its old records (apparently some school records were saved according to newspaper accounts). Terry Osborne was pastor at the time and the church held services for a stretch at Marys River Grange Hall and Philomath City Hall. Children from the school learned in space at the College United Methodist Church.

The Church of the Nazarene and school was rebuilt on College Street east of North 19th with a dedication occurring on Easter Sunday, 1998. The church, however, closed and the building is now the home of The Refuge church.

In 2006, the old church parsonage home was moved from 15th over to Cedar Street near 13th to make way for the couplet (at the time, ODOT purchased the house and sold it to the city for $1). The old home had been built in 1911.

Dennis Osborne posted notice of Wittkopf’s passing on a local social media site, writing, “A good man, husband, dad and friend to many in Philomath is gone to heaven.”

(Daily Scoop is a blog published by the Philomath News. This blog often contains news items but also could include opinions of Brad Fuqua, publisher/editor).